The mystery of the death of Rudolf Hess 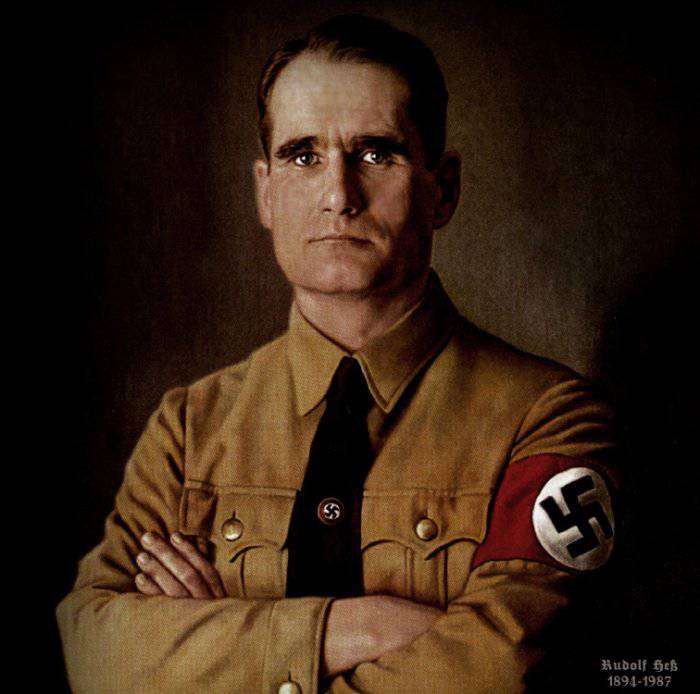 Rudolf Hess, a faithful ally of Adolf Hitler, at one time was called "Nazi number two", he had such a great influence in the NSDAP party. He became one of the main defendants in the Nuremberg trial and was sentenced to life imprisonment. It was the only Nazi of this level who owned information of great importance, who lived right up to 1987, when, according to the Anglo-American version, he committed suicide - at the suggestion of the USSR, for reasons of "mercy and humanity", they were going to let him go. According to relatives and a number of authors, he was killed so that information of global significance about the negotiations of the Third Reich and Great Britain would not come to light.

Materials about the investigation of his "suicide" are still classified; London promises to declassify them in 2017. Interrogation materials held in London are classified until 2040, with the possibility of extension.

Reference: Rudolf Hess (1894-1987), was born in the family of a merchant, studied at a higher commercial school in Switzerland (since 1908), abandoned his father's business, went to the front. Honestly defended his homeland on the fronts of the First World War - he was a platoon commander, then a pilot, his commander was another famous Nazi G. Goering in the future. He received two wounds, was awarded two Iron Crosses, ended the war as a lieutenant. After the war, he joined the militarized "Volunteer Corps", became a member of the secret society "Tula". In 1920, he joined the Nazi Party, was trained at the University of Munich, the famous Karl Haushofer, the founder of the German school of geopolitics. In 1923, after the “beer putsch”, he fled to Austria, was arrested when returning, and sat with Hitler. In 1925, he became A. Hitler's personal secretary. From 1933, Hitler’s deputy for the party, in 1939, entered the executive defense council, was appointed as the successor to the Fuhrer, after Goring. 10 May 1941, Hess flew to England for talks, was arrested and spent in prison until his death. 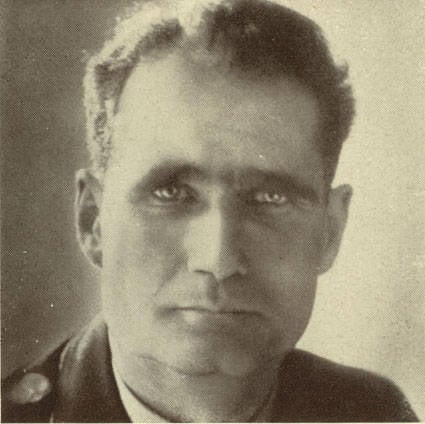 10 in May 1941 of the year in 17.00 R. Hess, himself piloting a high-speed twin-engine plane Messerschmitt-110, flew to Scotland from the airfield in Augsburg in the form of a Luftwaffe lt. and 3h. The night of May 11 was thrown out with a parachute not far from the manor of the royal family of the Duke Hamilton. Duke Hamilton was one of the aristocrats, colonel of the British Air Force, met Hess in the 1936 year during the Olympics. He shared some of the theories of Nazism, believed that the two peoples should cooperate. There were quite a few supporters of friendship with Hitler in England, and Edward VIII stood on pro-German positions, who were deprived of the throne because of marrying a divorced woman. He was arrested and kept in full confidentiality until the end of the war in London - in the Tower. After the war at the Nuremberg Tribunal, Hess tried to talk about his mission, but the English presiding judge interrupted the meeting. In the chamber, the representatives of England held a "conversation" with him, after which Hess began to feign memory loss. At the end of the process, he received life imprisonment in the prison for war criminals Spandau, in the British sector of Berlin.

It is assumed that Hess offered a separate peace to the English elite, it included a number of proposals:

- immediate cessation of hostilities between England and Germany.

- the accession of England to the "crusade" against the Soviet Union.

- the conclusion by England of peace with an ally of Berlin, Italy.

- the transfer by England of Germany to the former German colonies, which London received after the First World War. The withdrawal of British troops from Iraq.

- London received complete freedom of action within its empire.

- the creation of a pan-European coalition based on the war with the USSR.

- The resignation of Winston Churchill. 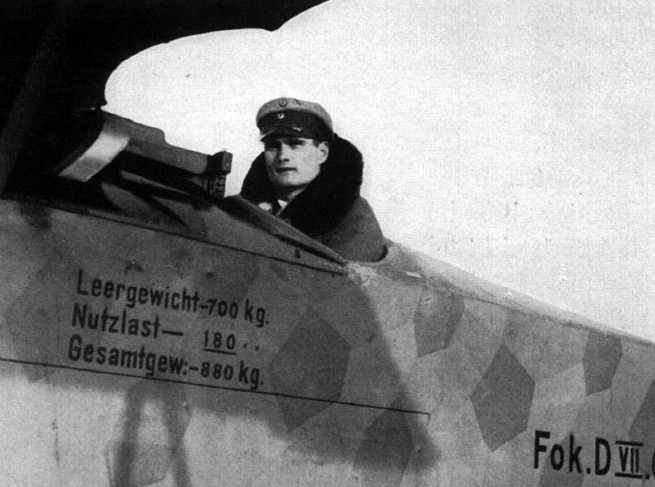 Hess was strongly influenced by the ideas of Karl Haushofer and believed that the war "brothers-Aryans, Germans and British, is unacceptable, they must build the" New World Order "together, in principle many people shared his ideas, including Hitler. It is unlikely that this flight was not authorized by the Fuhrer himself.

In Moscow, the events were up to date - a small note appeared in the Pravda newspaper: “The 10 of May 1941 of the year in Scotland crashed the plane. The pilot escaped. He called himself Rudolf Hess ", without any comment. Thus, Moscow has shown that it is up to date with behind-the-scenes talks and monitors developments. In principle, England helped Berlin very much, the second front was opened only in 1944, despite all assurances that this would be done much earlier.

According to the memoirs of V. Molotov: “When we read about it, we were completely stunned. This is necessary! Not only he sat down to control the aircraft, but also threw himself with a parachute when gas ran out. Hess called himself a stranger. What is not a feat of a scout? Stalin asked me which of our members of the Politburo would be able to decide on this? I recommended Malenkov, as he patronized the Central Committee aviation... Stalin proposed to drop Malenkov by parachute to Hitler, let them tell him not to attack the USSR ... ” Judging by these recollections, Stalin was no stranger to a sense of humor.

Berlin announced that R. Hess went crazy: "Apparently, a member of the Hess party lived in a world of hallucinations, as a result of which he imagined that he was able to find mutual understanding between England and Germany ... The National Socialist Party believes that he fell victim to insanity" .

Later, W. Churchill in his memoirs opened up part of the mystery. He admitted that in the year 1944, Stalin persistently, during a personal meeting, asked about the Hess mission, Churchill told him that this was the case of the British opposition, which wanted to redirect the Reich's aggression against the USSR. In the 1945 year, in a conversation with the Minister of Aviation, he noted: “... I had a long conversation on this topic in Moscow with Marshal Stalin: he kept saying that Hess had been invited by our secret service. It is not in our interest that all this now surfaced. ”

According to the English explorer P.Pedfield (“The Secret Mission of Rudolf Hess”), the negotiations of the Third Reich and England were at the highest level, and Hess had flown to England not for the first time - Hitler forbade him to fly, fearing to lose his closest comrade in an airplane accident. But at the end of 1940, he was unexpectedly allowed to fly and singled out an individual plane. And on May 10-11, he just got lost, and when the fuel ran out, he was forced to jump. History with his arrest surfaced in the media, and had to turn off negotiations.

Too much says that Hess was killed: the remaining testamentary note, according to his son Wolf-Rüdiger Hess, was indeed written by him, but he wrote it back in 1969 when he was preparing for death due to poor health. According to the interpreter of the prison of Spandau, Margarita Nerucheva, Hess was in very poor condition and simply was not able to make something like a gallows. According to nurse Hess Abdulla Melakhoi, in the summer house, where he “committed suicide,” there were signs of struggle, disorder, there were two military men in American uniform whom he had never seen, the house “burned down” a day later, and the prison was demolished. There were traces of struggle on the body - traumas, fractures, equipment for resuscitation was damaged.

Solid questions, the answers to which continues to hide London. It is also interesting that many of the real criminals of the Third Reich received short sentences and were soon amnestied, and Hess, who was already in prison in England, when the most terrible crimes of the Reich were being committed, were persistently detained. 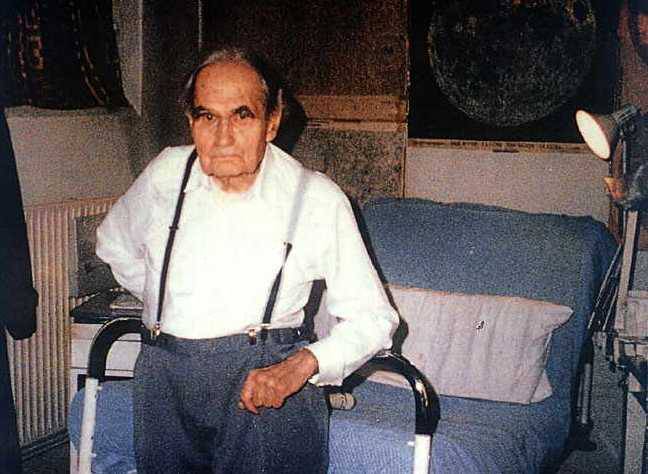 Portal Myfilmix.ru - here you can movies downloaded for free in the formats: 3D, 2D, without paid registrations, without cheating via SMS, without buying ratings and without distribution. Classic movies and new films, all genres - comedies and family films, action films and the military, mysticism and thrillers ...
Ctrl Enter
Noticed oshЫbku Highlight text and press. Ctrl + Enter
We are
Who brought Hitler to powerThe mythology of the Third Reich: the idea of ​​"pure blood"
2 comments
Information
Dear reader, to leave comments on the publication, you must to register.