Do you believe in the effectiveness of the "road map"? 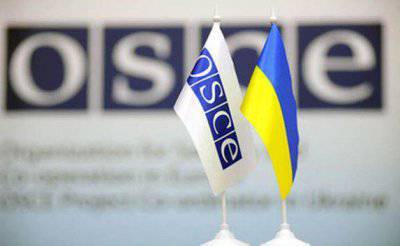 The proposed by the Organization for Security and Cooperation in Europe (OSCE) roadmap for resolving the crisis in Ukraine has found support in Russia, the US, the EU, and the Kiev authorities. This is stated in the organization’s statement on 13 in May.


Applause. Moreover, standing. Finally, give birth. In general, it seems that Mr. Burkhalter - Balt. In terms of efficiency and everything else. If all world conflicts were settled this way, then the OSCE alone would remain on the planet.

It seems to be a little happy. Finally, in Europe began to move. An, no. It's too early.

During the last days, during consultations at the highest level, Mr. Burkhalter outlined the “road map.” He received positive feedback from Ukraine, Russia, the United States and the EU.

Contours. Do you understand? Not specific proposals or action plan, contours. Sketches. Basting. And stuff like that. The old situation - some rant, and carry bags have to others.

Of course, all the pros. Especially, the Ukrainian junta. They will still continue to thresh their bloody shock. Turchinov said so.

The OSCE recalled that the document proposed by the Swiss chairmanship is intended to help overcome the crisis and de-escalate the situation in Ukraine. The roadmap is based on four blocks: non-violence, disarmament, national dialogue and the holding of presidential elections on 25 in May.

That's right, that reminded. We could really forget about what they had written there. Not before. Especially after Mariupol.

Impotence. The only definition that applies to this situation. After all, the junta does not even consider the first three points. Or, if considering, then only in the direction of the defenders of the southeast. This they must add weapon and slender columns to go to the courts. And all those who today travel around Ukraine under black and red flags - they are completely legitimate.

So the only thing that worries the signatories (except for Russia, of course) is the legitimization of the junta by the election of May 25. For the rest, they just, sorry, do not care. This is not Europeans are dying every day in the south and southeast. Why pity them?

The OSCE, following the UN, shows a complete inability to exert at least some impact on the situation. Or total reluctance. Which is basically the same thing.

This is all from the same opera as Ban Ki-moon's bleating, who expressed regret that the Geneva accords "turned out to be short-lived." “It’s quite natural that these four parties should first of all come together and try to figure out what went wrong, why these concerted steps were not executed” - his words.

At the same time, Ban Ki-moon reiterated that "he is ready to play his role" in resolving the Ukrainian crisis, "as soon as this is necessary." A curtain. That is, in the opinion of the main defender of peace and human rights, there is no need for UN intervention right now. What frame should it be crammed into?

The only document that could save the reputation of this peacemaker - a letter of resignation. But, alas, we will not wait.

How can we not wait for any effective steps to end the bloodshed in Ukraine and the genocide of a part of the people of this country. This is not necessary for anyone in the West. All that is needed is an election in which Poroshenko will sit in the presidency and begin the division of what else can be divided in Ukraine. And the people who do not like it, and you can spit. As demonstrated by the UN and the OSCE.

I am amazed at the patience of the leadership of our state.

Ctrl Enter
Noticed oshЫbku Highlight text and press. Ctrl + Enter
We are
Results of the week. “You see, every year my friends and I go to the bathhouse. This is our tradition. ”New Syrian Spring Plan and Hope
Military Reviewin Yandex News
Military Reviewin Google News
16 comments
Information
Dear reader, to leave comments on the publication, you must sign in.