Southeast Ukraine said no to the National Guard. Replica of Maxim Kononenko 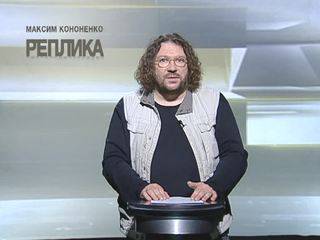 Last Sunday was for the Donetsk and Lugansk regions of Ukraine the day of many votes. The main issue was a referendum with the following question: "Do you support the act of state independence of the Donetsk People's Republic?"


But, besides this, other opportunities for the will of citizens were announced. For example, colleagues appointed by the new Kiev leadership of the governor of the Dnipropetrovsk region Igor Kolomoisky announced a survey on the accession of Donetsk and Lugansk to their region. About three o'clock in the afternoon on Sunday, the UNIAN news agency wrote: “A million voters came to the referendum on the accession of Donbass to Dnipropetrovsk,” while none of the journalists present in Donetsk saw a single polling station where .

But another poll had a place to vote. In one of the Donetsk pubs were cheerful people who collected votes for the accession of Donetsk to the UK. On the grounds that the city was founded by the British entrepreneur John Hughes, which is why it was originally called Yuzovka. True, for some reason no one came.

But people came to the referendum of the Donetsk Republic. He was not about joining, but, on the contrary, about detaching. And no matter how much the UNIAN agency wrote about that in this referendum, I quote: “there is no election activity”, the long queues wishing to vote surprised, it seems, the organizers of the vote themselves. According to the chairman of the CEC, Igor Lyagin, the preparation of the referendum took four days, the voting cost only two thousand dollars, and the ballots were printed on simple printers. And if the security and legal validity of this vote are really not perfect, then this cannot be said about its legitimacy. Photos and videos of huge queues at the polling stations speak for themselves.

And who came to the sites can be understood. Over the past couple of weeks, the Kiev authorities have done everything possible so that people decide to express their opinions. To say if not “Yes” to the Donetsk Republic, the act of independence of which few have seen, then surely say “No” to what the so-called “National Guard” is doing in the cities of Donbass, consisting of who you don’t understand.

On election day, Krasnoarmeysk on a black jeep and collector vehicles belonging to Kolomoisky PrivatBank arrived dressed in people with guns, wounded one person and killed another - simple unarmed citizens standing near the city administration building, took all the ballots and disappeared into unknown direction. A video posted on the Internet shows that these people are the least like the military. On the first shot, for example, something like a fishing suit that hides the whole face, a paintball mask and a baseball cap. Well, after that, ordinary citizens do not express their attitude to such bandit raids?

The results of the referendum are not surprising - more than 90 percent of those who voted supported the independence of the regions of the southeast. What now to do with this opinion of tens and hundreds of thousands of people, and not fictional, as in the reports of the UNIAN agency, but the real ones that everyone saw on TV is a completely new question in the modern Ukrainian context.

Yesterday it was possible to assert that the so-called Donetsk People’s Republic is a simulacrum, born of several dozen activists. Why, it is quite possible that two weeks ago it was so. But today everything has changed. Today, these dozens have become a force that can no longer be ignored. And military methods that can not be suppressed.

For the fact that this force has appeared, the Kiev authorities should thank themselves.