What is behind the campaign against bank secrecy? 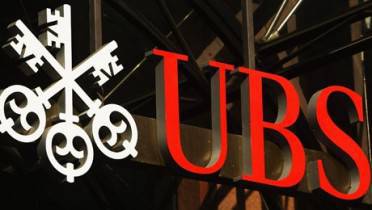 The institution of banking secrets is dying. Destruction of the buildings of the international shopping center in New York 11 in September 2001 and the financial crisis 2007-2009 can be considered crucial events for the future of banking secrecy.


The first event launched a campaign against terrorism organized by Washington, under the pretext of which the US authorities began to seek to obtain unrestricted access to information about bank customers, their accounts and transactions. The Patriot Act, adopted after 11 in September, provided the US intelligence agencies with full access to the once-confidential banking information in America without obtaining special permission from the prosecutor's office and the judiciary. Further, through various international organizations (OECD, IMF, etc.), Washington began to seek free access to banking information throughout the world ...

These are the official rationales of Washington’s active campaign that began with 2009 to destroy the financial “shadow” in the United States and beyond its borders. However, official statements conceal an undeclared goal - the establishment by Washington (more precisely, the financial oligarchy behind official Washington) of direct control over the global financial and banking system.

When in the midst of the financial crisis, it turned out that the American treasury did not have enough money to plug the biggest holes (recall that Washington began to send hundreds of billions of dollars to save the "sinking" Wall Street banks), a figure appeared on the scene to nobody before the unknown Bradley Birkenfeld. This is one of the former employees of the largest Swiss bank UBS, in the past - the head of private banking. He stated that there were a large number of tax dodgers from the United States in Swiss banks and his willingness to cooperate with US law enforcement agencies to identify such draft dodgers. The Department of Justice and the United States Revenue Service began to require UBS and other Swiss banks to disclose the names of American taxpayers who had accounts with these banks. And as a lever of pressure, they began to threaten to revoke the license of the American branch of UBS. 19 February 2009, the leadership of UBS did not withstand the pressure and agreed to give 250 the names of their US citizens who were hiding, in the opinion of justice of this country, in Switzerland from paying taxes. In addition, the bank had to pay 780 millions of dollars in fines as compensation for taxes that were not received by the US treasury. Washington continued to develop the initiative. A lawsuit was filed against the UBS bank to disclose information about all US customers (thousands in total 52), among which could also be tax evaders.

A bad precedent was brewing. The whole Swiss banking community has aroused. The status quo of an offshore under the name “Swiss Confederation”, which existed for at least three centuries, was violated. In late April, President and Minister of Finance of Switzerland Hans-Rudolf Merz began to convince US Treasury Secretary Timothy Geithner to withdraw the lawsuit against UBS. Mertz promised his American counterpart that this would ensure the approval of a new treaty on the avoidance of double taxation in the Swiss parliament, which the United States so insisted on. However, Washington was adamant.

The Federal Administrative Tribunal of Switzerland, which even gathered for a special session during the holidays, attempted to intervene. The reason for such an emergency meeting was the collective appeal of eight UBS American clients who had accounts at the specified bank. The tribunal prohibited UBS and the Swiss Financial Market Supervision Authority (FINMA) to transfer to the US tax authorities the names of clients. Moreover, the Tribunal warned the bank that in case of non-implementation of this decision, UBS would be subject to sanctions by the Swiss authorities. However, the decision of the Tribunal was belated. It turned out that UBS had already transferred information about American customers to Washington. Swiss banking defense was broken.

Over the past five years after the end of the financial crisis, the institution of banking secrecy has not only inflicted heavy blows on all of Switzerland, but also on the whole of Europe. In the European Union, endless negotiations on the abolition of bank secrecy have been conducted over the past 18 years. A major shift occurred only last year. The European Union has reached an agreement in principle on combating tax evasion at the interstate level. Specifically, it was envisaged that the EU member states would automatically exchange information of a banking nature, which is necessary to ensure the payment of taxes by natural and legal persons of their countries. However, two countries - Luxembourg and Austria - took a special position. Declaring their principled support for the abolition of banking secrecy within the EU, they refrained from taking on specific obligations, linking the signing of the necessary documents with the fulfillment of such a condition as joining the agreement of a number of non-EU countries. First of all, it was about Switzerland and Liechtenstein. If these countries do not join the multilateral agreement on the exchange of banking information, then they will get unjustified competitive advantages. The authorities of Luxembourg and Austria are not satisfied with this situation, since the economies of these countries are the most - compared to other EU member states - depend on the state of the banking sector.

Over the past year, Brussels has exerted constant pressure on Austria and Luxembourg, forcing them to abandon their special position on banking secrecy and cooperation in the field of banking information exchange. Finally, in March 2014, these countries surrendered, all 28 EU member states achieved consensus on the abolition of bank secrecy. Now the pressure of Brussels, as well as Washington, which invisibly controls the process, has shifted to European countries that are outside the European Union. Brussels has stated several times that it hopes to conclude similar agreements with Switzerland, Liechtenstein, Andorra, Monaco and San Marino by the end of the year.

In connection with the liquidation of the banking secrecy institution in Europe, experts began to suggest that the outflow of money to Singapore, Malaysia and Hong Kong would increase.

There is no doubt that in the near future, Brussels and Washington will start processing those countries that are outside Europe. They have already begun to use institutions such as the Organization for Economic Cooperation and Development (OECD) and G-20 to exert pressure on non-European countries. These organizations last year announced the start of international tax reform. The most important part of the reform is the introduction of a program of international automatic exchange of tax information.

The latest event in a series of measures to eliminate banking secrecy was the signing by OECD member states (34 of the state) and 13 by other countries in early May of 2014 a declaration on the implementation of an automatic exchange of tax information. New participants in this program include Singapore and Switzerland, major financial centers that were previously criticized by the OECD and the G20 countries for unwillingness to introduce such a system.

The second and even more powerful instrument of erosion of bank secrecy in the world is the American FATCA law - the law on taxation of foreign accounts. It requires banks in all countries to submit to the US tax authorities information about customers that fall under the category of “US taxpayer”. The FATCA law can be qualified as an attempt by Washington’s direct demand on banks from all countries of the world to eliminate bank secrecy. It was assumed that Russian banks would also have to comply with the requirements of the FATCA law. However, in the light of Washington’s upcoming economic sanctions against Russia, the fulfillment by banks of the Russian Federation of these requirements becomes problematic, meaningless and even dangerous.

Ctrl Enter
Noticed oshЫbku Highlight text and press. Ctrl + Enter
We are
Way out of chaos"Black holes" of the world economy
Military Reviewin Yandex News
Military Reviewin Google News
40 comments
Information
Dear reader, to leave comments on the publication, you must sign in.