Russians in their war do not throw? 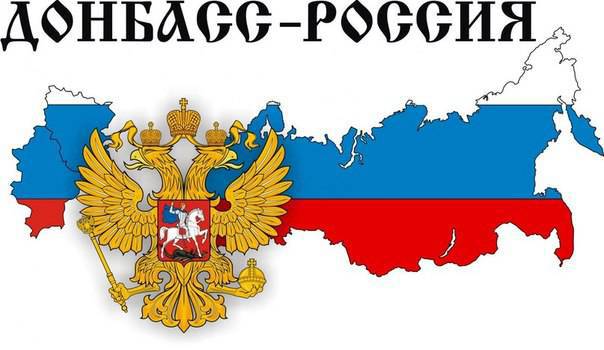 The world froze in anticipation. The leadership of the yet unrecognized Donetsk People’s Republic, relying on the results of the popular will, turned to Russia with a request to accept it as a subject of the Russian Federation.

Most likely, representatives of the Luhansk region will do the same. The leadership of the "Donetsk People's Republic" intends to hold talks on unification with colleagues from the Luhansk region, who also declared about the sovereignty of the region, Denis Pushilin, co-chairman of the DPR government, told live on Russia 24 channel.

“We intend to exist together. With the representatives of the People’s Council of the Luhansk People’s Republic, we have already talked in advance, and now we need to decide how it will be technically done,” he said. "We will keep abreast, and to some extent we will unite," said the co-chairman of the government of the DPR.

What will happen next?

It is clear that the "rest" world rushed to the race not to recognize the results of the referendum. The first was Japan. Even before the USA. Not long to wait for the rest.

It is clear that the residents of Donetsk and Lugansk regions themselves do not care much about what they say in the West. They care about the opinion of one person - Putin. That is the opinion and recognition of Russia.

It is clear that this is not the Crimea. It is more difficult. And it will not be easy for Putin to make a decision.

It is clear that we will not be forgiven for this. And it’s not just the cold war that will begin. May continue the continuation of a hot war on the territory of the DPR. About the next stage of economic sanctions, too, everything is clear. Will be. Another question is which ones?

Of course, hardly anyone will risk an open conflict with today's Russia. Not those times, you know. I think there will be no global conflict. Sanctions? Okay, maybe. But the USSR lived in these sanctions, like a stray dog ​​in fleas. And nothing. Of course, not like now, but quite to myself. This we have already discussed a hundred times.

If the leadership of our state (or rather, and Lithuania is also a country) decides to recognize the NPT, and even less to accept as a member of the Federation, then the world will definitely shake. Especially that part of it where they dislike us. Most of. And again the hysteria “Russians are coming!”

On the other hand, why shout something? We did not leave there, if that.

Sanctions ... Ah, tired. We haven’t really done anything yet, and they regularly write us out. Logically, you really need to do something to at least suffer for the cause. And then the guilty without guilt, around and around.

Very, very much depends on us and our leadership. And a lot is on the scale. What we choose, the Russians? Peaceful life in terms of relations with the West, or the fate of 7 millions of Donbass residents?

Yes, difficult. Yes, it is dangerous. But we and our country are no longer the ones that the West liked. We don’t need cookies. Yes, and we know from the nineties, what taste in donated cookies than he gives.

That is bad luck, but it seems that life has become better. And here it is. But, Russians, we have already seen how the eyes of the Crimeans were shining with sincere joy and happiness. Do not we become the same hope and support for the same Russian Donbass? Especially for those who did not sit out at home, and stood to death against the fascist scum in Slavyansk, Kramatorsk, Mariupol, Krasnoarmeysk?

Do we have the right to refuse?

We do not have. Historically, genetically, but hell knows what. But the Russians in their war do not abandon. This we, it seems, already understood.

Ctrl Enter
Noticed oshЫbku Highlight text and press. Ctrl + Enter
We are
The next wave: race to the wars of robotsThe West opposes the people's will in the Crimea and is preparing sanctions for Russia
Military Reviewin Yandex News
Military Reviewin Google News
305 comments
Information
Dear reader, to leave comments on the publication, you must sign in.