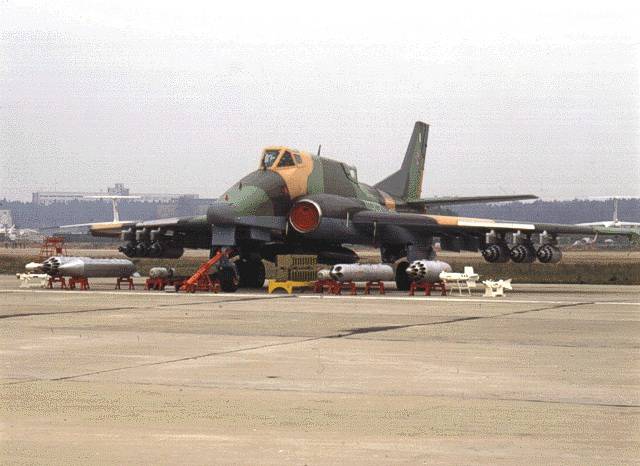 In the summer of 1991, the taxpayer for the first time saw the experimental pilot aircraft IL-102 ("OES"). The attack aircraft was very similar to the IL-40, launched into serial production in the mid-1950s, but never entered into a big life. The flight tests of the IL-40 were successfully completed in January 1955, and its introduction into production at the Rostov Aviation Plant began. However, in 1956, all work was stopped due to the decision to abolish the assault aviation. Five almost completed aircraft of the experimental series in the autumn of 1956 were dismantled for metal.

At the end of the 1960s, in the air publications, the seemingly forgotten word attack aircraft flashed again. The experience of the operation and combat use of fighter-bombers showed that they are not able to replace armored flying over the battlefield Tanks. Apparently, the first in the USSR began to develop a jet attack aircraft in the OKB P.O.Sukhogo. Following him, employees of the OKB S.V. Ilyushin’s design bureau joined the secret competition to create a battlefield aircraft.

The idea of ​​an armored attack aircraft in the Ilyushin Design Bureau was returned at the end of the 1960s, when, in accordance with the requirements of the Air Force, based on the experience of Vietnam and Middle Eastern conflicts, they were again interested in attack aircraft, a project of the IL-42 aircraft, which is a deep modernization of the IL-40, was proposed. The attack aircraft were supposed to be equipped with two TRDs AM-5F (2x3250 kgf). Its normal take-off weight was 16 480 kg, maximum take-off - 17 470 kg, empty aircraft 12 190 kg, fuel - 4170 kg, armor - 700 kg, maximum bomb load - 1400 kg. According to calculations, the attack aircraft was supposed to reach 997 km / h speed, have a practical 11 600 m ceiling and a practical 1115 km range. 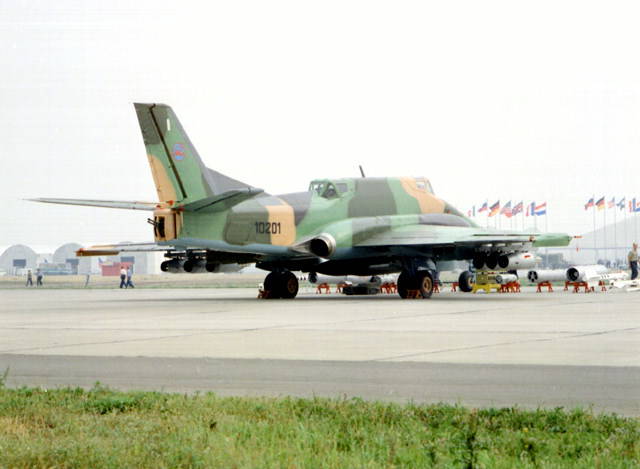 In the competition of projects of attack aircraft, held in June 1969, participated, also, OKB AS Yakovlev, who presented the project Yak-25LSH, A.I. Mikoyan (MiG-21LSH) and P.O. Dry (Т8). As a result, the competition "passed" T8 and MiG-21ЛШ, and it was decided to stop work on the Yak-25ЛШ and Il-42.

However, the development of the Ilyushin double attack aircraft was still continued under the direction of G.V. Novozhilova proactively. Compared with the IL-42, the new aircraft, designated IL-102, had a modified form of the forward fuselage with an improved forward-down view, new, more powerful engines, and much more powerful weapons.

The most important difference between the IL-102 and the Su-25 was the second cabin for the shooter. Apparently, this circumstance played the most negative role in the fate of the car. The layout of the IL-102 was no different from the IL-40, but it was a completely new car, so to speak, in a retro style. For thirty years, lying between them, too much has changed in the aircraft industry. More economical turbofan engines, new construction materials and technological processes have appeared. And about the equipment and can not speak. There was not only a decrease in its weight, but also an expansion of the problems to be solved. Updated means of saving the crew. Universal ejection seats K-36L in the pilot and K-36L-102 in the air gun reliably save now in the entire range of speeds and altitudes, as well as during parking.

A cursory inspection of the IL-102 can reveal that the design of the main landing gear, which retracts into the fairings under the wing, has changed, turning against the flow. This makes room for additional external suspension units. weapons. New aerodynamic layout of the wing allowed to abandon the ridges on its surface. Without going into details of the technical specification, we note that only the use of TRD RD-33I with an increased 60% load led to an increase in take-off weight to 22000 kg, and a combat load to 7200 kg.
Increasing the size and weight of the aircraft required a departure from the traditional "Ilyushin" booking scheme: the designers abandoned a single armored hull, which includes the main vital parts of the aircraft (as was done on IL-2, IL-10 and IL-40). Armor, it was decided to protect the cockpit, as well as, in part, engines and fuel supply system. Fuel tanks deprived of the reservation, concentrating them in the central part of the fuselage. The front and rear of them were shielded by the cockpit and defensive rifle rifle, from the sides by the engines, and from the bottom by the gun. The combat survivability of the aircraft was enhanced by the use of spongy filler tanks. The IL-102, like the former Soviet "classic" attack aircraft, received a stern defensive cannon installation. It was assumed that the use of infrared traps and active interference, in combination with the high maneuverability of the attack aircraft, as well as a pair of eyes of the air gunner, carefully watching the rear hemisphere and timely notifying the pilot of the threat, will reduce the effectiveness of the enemy’s missiles. As a result, the enemy fighter will be forced to use cannon armament and he will fall under the fire of the rapid-fire GSH-23L. 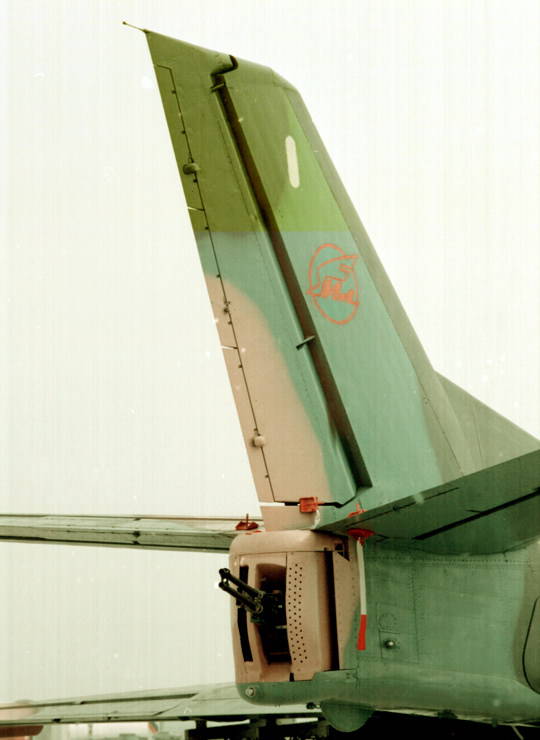 The “offensive” cannon armament, as on the IL-40, was decided to be movable: the 30-mm gun could be mounted in two positions - horizontal for firing forward and at an angle to the horizon.

The work on the IL-102 program was rather sluggish: the lack of funds and the "semi-legal" status of the aircraft affected. The leadership of the Ministry of Defense opposed the Ilyushin attack aircraft, considering its creation as an unnecessary dispersal of forces in the presence of a much more “advanced” T8 program (Su-25). However, by the beginning of 1982, the construction of an experienced IL-102 was completed. 20 January, the car was examined by the Air Force Commander P.S. Kutakhov, in general, supported the work on this aircraft. Favor for IL-102 and the Minister of the aviation industry I.S. Strength However, the position of the MoD remained negative. Moreover, the Minister of Defense, D.F. Ustinov categorically banned G.V. Novozhilov "engage in amateur." But OKB still continued work on the aircraft. For the "conspiracy" he was given the name of OES-1 (experimental aircraft 1), which was not talking about anything, and it was decided to conduct flight tests in the most "partisan" places - in Belarus. The first flight of the IL-102 took place on 25 September 1982. The car was piloted by the chief pilot of the OKB, honored test pilot S. G. Bliznyuk.

In 1982-1984. a total of 250 flights were performed, during which no failure or serious failure of the onboard systems occurred. The high maneuverability of the attack aircraft was demonstrated, the minimum turn radius was only 400.

In 1984, the aircraft flew to the airfield LII MAP (Zhukovsky), where it was put on conservation in the hangar of the OKB Design Bureau. Ilyushin. By that time, full-scale mass production of Su-25 attack aircraft had already been deployed, over which IL-102 did not have any significant advantages, except for the presence of a very controversial tactically defensive small arms. In 1986, the program was again tried to "reanimate", but by that time the internal political situation in the country had already changed, and the course was taken to reduce the funding of the defense industry. In addition, a fundamental decision was made on the withdrawal of Soviet troops from Afghanistan. Under these conditions, IL-102 finally lost any perspective. His "farewell bow" became the Moscow Air Show 1992, where the IL-102 briefly became a "star", after which it finally sank into oblivion. 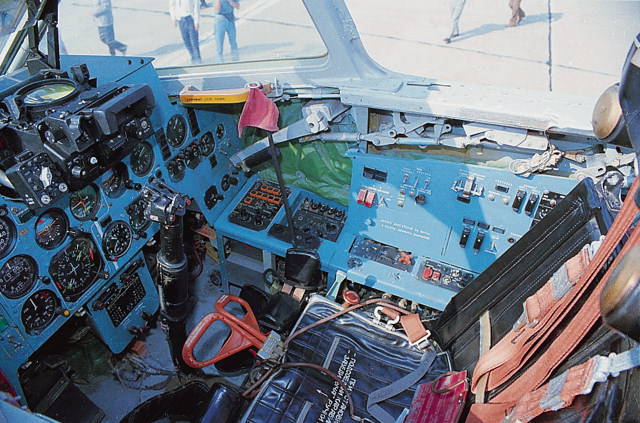 The IL-102 aircraft is made according to the normal aerodynamic design with a low-lying swept wing. The airframe design has high manufacturability. 80% trim is formed by sheets of single curvature, air inlets have a circular cross section.

The fuselage is a semi-monocoque type. In its central part, there are located the thermocabines of the pilot and the side gunner, between which fuel tanks are located. On the sides of the rear fuselage there are two aerodynamic brakes of relatively small area. The lanterns of the gunner and pilot are made of flat bulletproof glass. The arrow-shaped two-spar wing has a relatively thick profile, which made it possible to place cargo compartments for bomb weapons in it. The wing has a flap that takes about 2 / 3 span. On the upper surface of the wing are two-piece interceptors. K-36L ejection seats are installed in the cockpits, ensuring aircraft escape at zero speed and height. The crew rescue system has a one-way synchronous ejection device: the pilot, ejecting himself, automatically catapults the shooter, which, however, cannot eject the pilot. The aircraft is equipped with a three-bearing landing gear with two-wheel main supports, equipped with low-pressure pneumatic tires, which allows the attack aircraft to be operated from unpaved airfields. The nose rack is carried far forward and retracts into the fuselage by turning it backwards (a similar arrangement provides good throughput, but it takes up the volume of the forward fuselage, where other aircraft usually have a BRLS or optoelectronic equipment). The main racks are retracted into special wing gondolas by turning forward. Disassembled IL-102 can be transported on two standard railway platforms or in the fuselage of the IL-76. The prototype did not have a complete set of equipment. In the future, it was supposed to equip the attack aircraft with modern optoelectronic systems. Antennas of the Bereza-L electronic reconnaissance system are installed in the wing tips that are bent down. 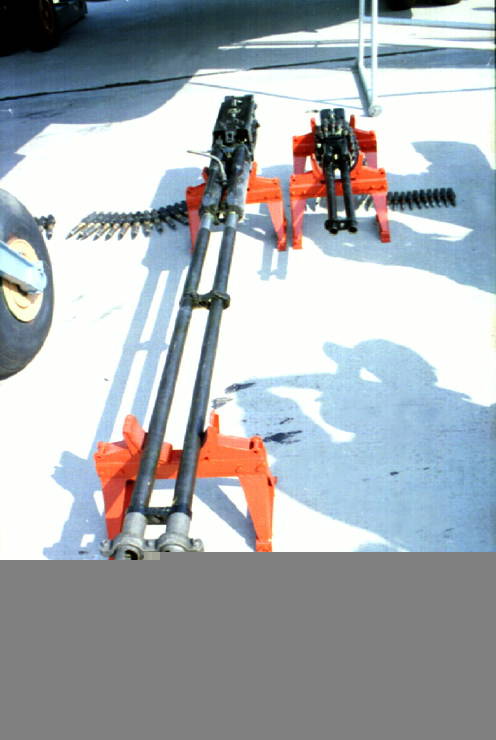 On the ventral swinging carriage, fixed in two positions, a double-barreled 30-mm 9А-4071К gun with 500 rounds of ammunition was installed. Installation is easy, within a few minutes, can be dismantled in aerodrome conditions. Released intra-body volume is used to suspend bomb armament or to install an additional fuel tank. In the rear fuselage there is a turret with a double-barreled 23-mm gun GSH-23L. Its cartridge boxes are located in the front of the tail section of the fuselage, at a distance of about 3 m from the gun. This solution allowed to slightly increase the ammunition load and move it closer to the center of mass of the aircraft. The projectiles are fed to the cannon by means of a special electromotive belt mechanism, which is fed into the moving part of the gun through the through axis of the lower vertical hinge.

The maximum mass of the bomb load IL-102 - 7200 kg. In each wing of the wing there are three cargo compartments capable of holding bombs in caliber up to 250 kg. The total combat load on the internal suspension assemblies (after the removal of the ventral cannon) can reach 2300 kg. There are eight external suspension units (six under the wing and two under the fuselage). The entire combat load is lifted aboard using the built-in electric winch. In the bent down wingtips, emitters of infrared traps and dipole reflectors “Avtomat-F” are installed. Missile armament includes air-to-surface C-25L with laser semi-active guidance, air-to-air missiles P-60М and P-73, NAR of various types. 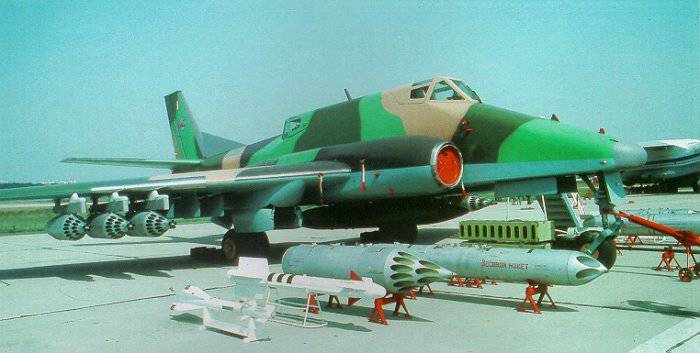 Before the Su-25 has the following advantages - a large 1,5 times max combat load, somewhat greater speed, greater range. On maneuverability at normal rates, the take-off mass is not inferior, because its engines are more powerful, and the wing load is less.

Before A-10 - much greater speed, much greater thrust-to-weight ratio, with a comparable load on the wing and radius of action, hence the much better VPH and maneuverability.

In addition, Su-25 and A-10 were originally developed as single rooms. But modern optoelectronic systems require an operator, a crew member 2, who on the IL-102 was from the very beginning. 2-x local options Su-25 and A-10 have, naturally, worse TTD compared to the base ones.