12 May 2014
23
Valery Kapashin, Head of the Federal Directorate for the Safe Storage and Destruction of Chemical Weapons, in an interview Interfax reported that Russia destroyed about 80% of its chemical weapons. Today, about 8 thousand tons of chemical weapons remain in stock. 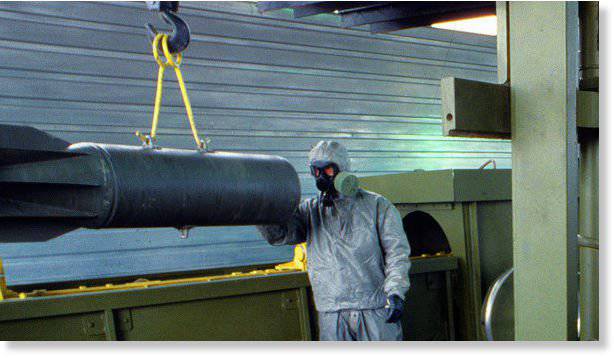 To date, chemical munitions of complex construction are not destroyed. Their main feature is that the development of such ammunition used the so-called anti-handling technology. For their disposal, an additional special line is required, which is planned to be put into operation within the framework of the chemical disarmament program. The lines that are already actively used for the disposal of chemical weapons, created exclusively by Russian technology.

According to Pentagon spokesman John Kirby, the remaining 8% of Syrian chemical weapons have not yet been removed from the country due to the tense situation around the facilities in which it is located.
Ctrl Enter
Noticed oshЫbku Highlight text and press. Ctrl + Enter
We are
Military Reviewin Yandex News
Military Reviewin Google News
23 comments
Information
Dear reader, to leave comments on the publication, you must sign in.