14 May 2014
68
Presented katana made by the great master Kanesumi. He was the master gunsmith of the Nara school of the Mino tradition, who had the reputation of a master who made very sharp swords. The representative of the first generation Kanesumi was the son of the famous master Kanesada, one of the representatives of the Mino tradition to create swords during the Bunan era of the Muromachi period (before 1449). His birth name was Dzurazaemon. 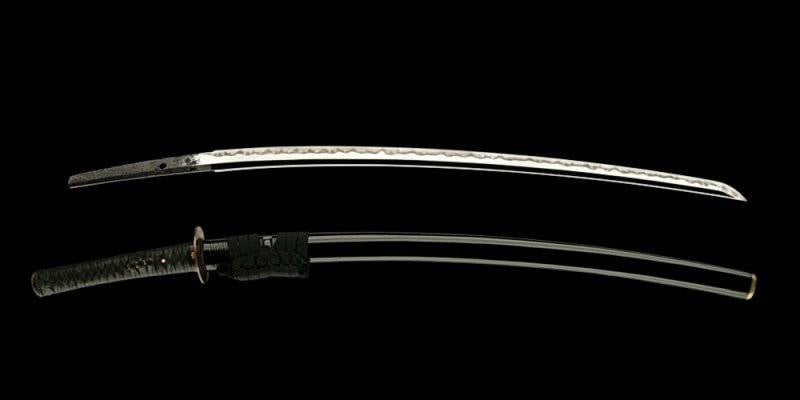 This katana, made approximately in 1558-1570 yy, has a strong wavy jamon (pattern on the blade) of the gunom midar with a characteristic line. 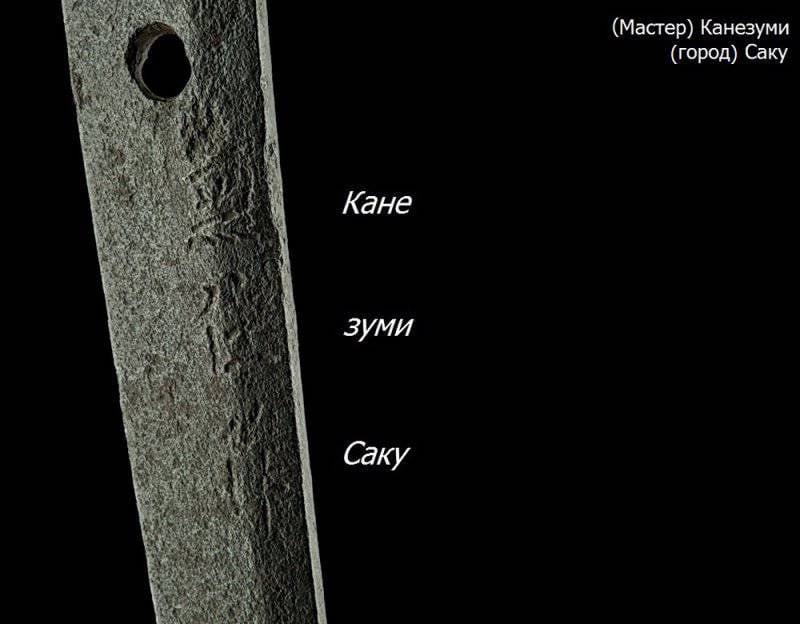 Refers to the category of someone - "old swords" (made before the XVII century. And are considered the best in Japan). The beautiful blade - jihad (jap. "Sword body") has a very high quality, the surface with a dense structure, itame (jap. "Grain") with nagare masame (jap. "Running steel"). 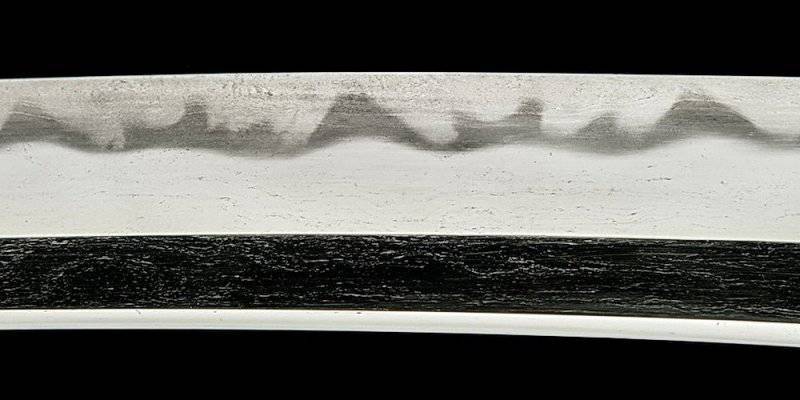 Katana Kanesumi has a characteristic line of Jamon Gunome Midar (irregular wave pattern), which is described in the Japanese tradition as a combination of mountain peaks and arrow marks, or pigeon tails, known as yahazu-ba. 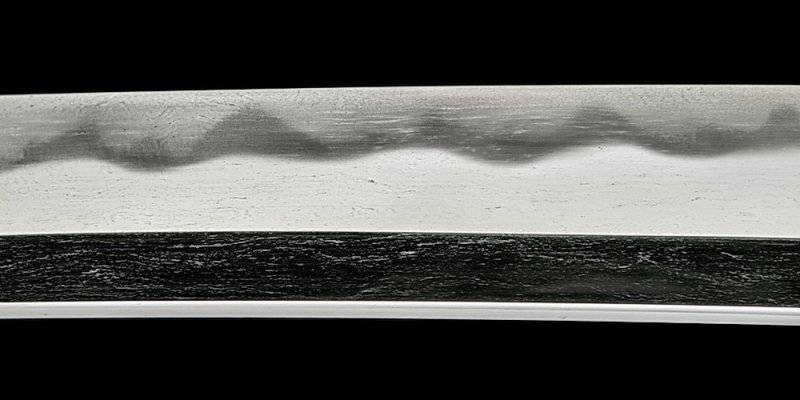 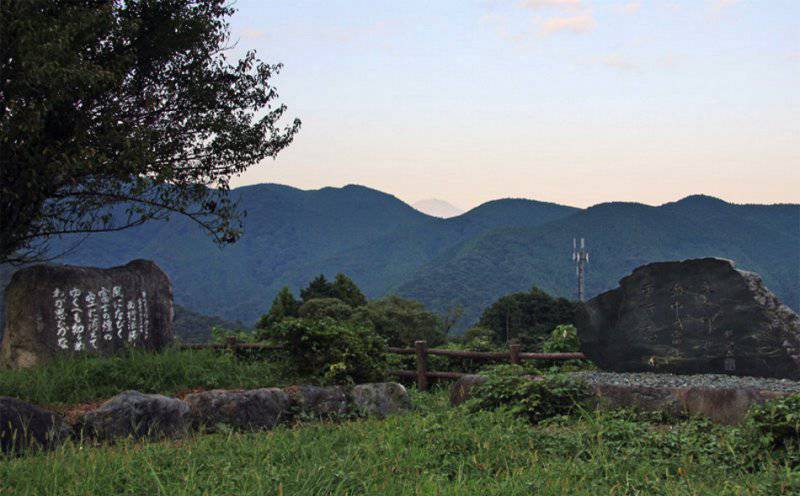 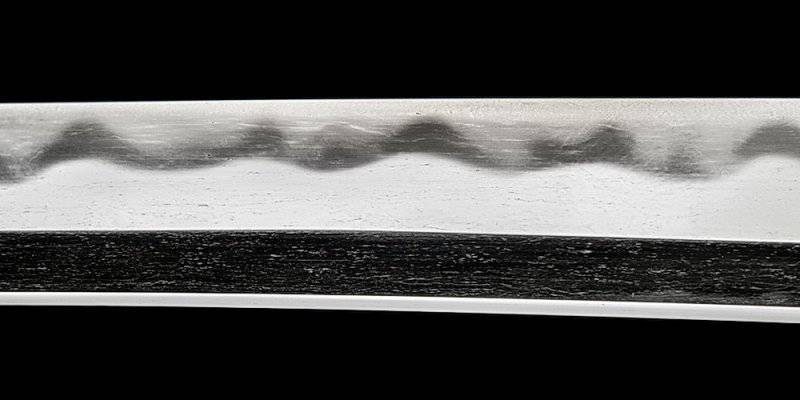 The last time this katana was polished at the end of the twentieth century. respected polisher from the Kamakura area in Tokyo. 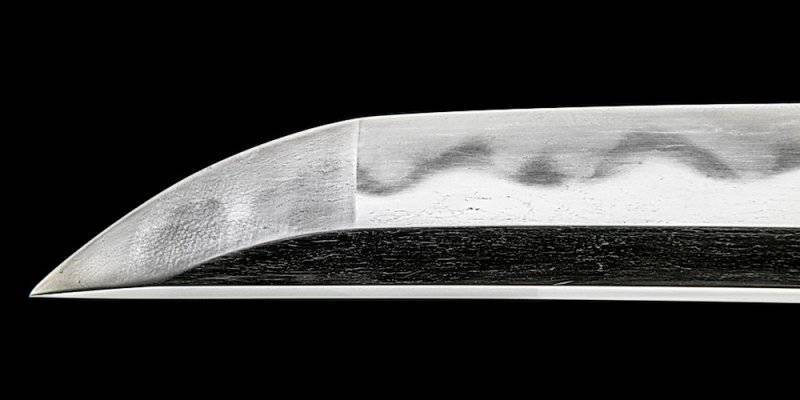 The katana is dressed in a unique and beautiful Tenzo Kosira utensified, so named after the Tenzo period (1573-1592), in which it was first created for a new sword. Kosirae - all the other elements of traditional Japanese swords and knives (except for the blade itself) - the handle, the details of the guard, the scabbard, made in the same decoration. 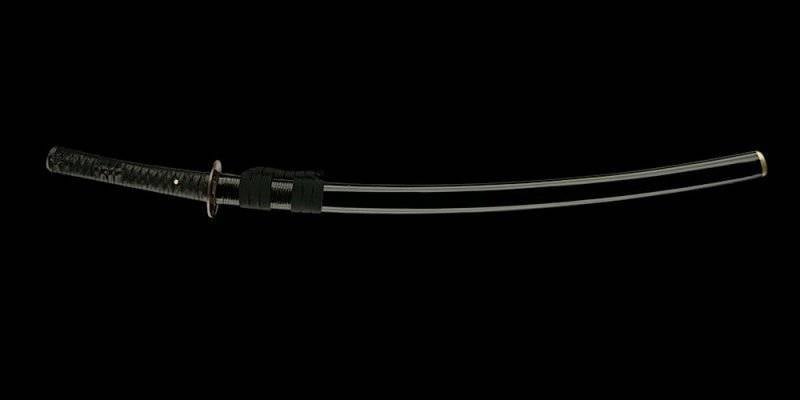 At the time of the Edo period (1603-1867), the details of this katana, like all other old katanas, were replaced with new ones - in the case of the katana presented, while maintaining the elegant, dark and elegant original style and many decorative elements. 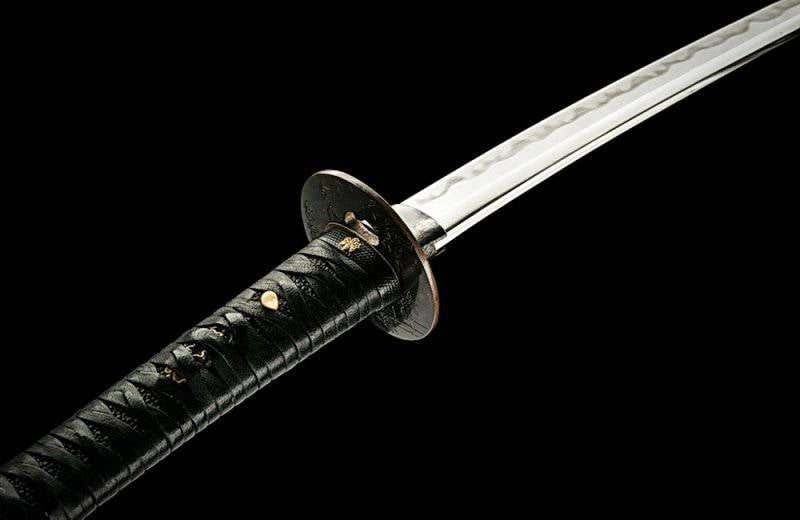 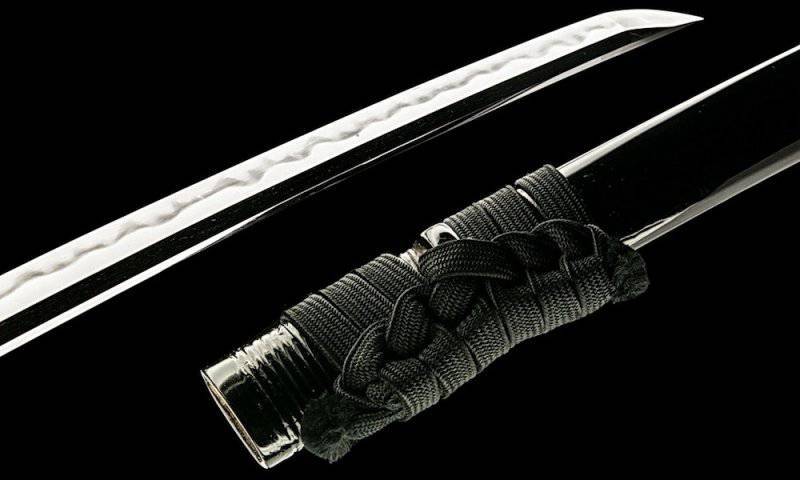 Utsugatana is a compound word from: utsu - "strike" and gatan (or katana) - "sword". Together, utsugatana translates as "a sword suitable for strikes on the enemy." Utsugatana is an evolutionary stage in the development of Japanese swords, originating in the Muromachi period (at the turn of the 15th and 16th centuries), when samurai begin to wear swords with the cutting edge upwards. This way of carrying swords was the opposite of that which had already existed since the 10th century. the traditional way of wearing swords, cutting edge down.

A new way of wearing swords, cutting edge up, allowed the samurai to snatch the sword from the sai (scabbard) and deliver a secant, lightning strike on the enemy in one very fast and refined movement over the years of training. Especially this technique was effective during melee.
Although it should be noted that on horseback the samurai still continued to use the old way of wearing long swords of tati - cutting edge down. 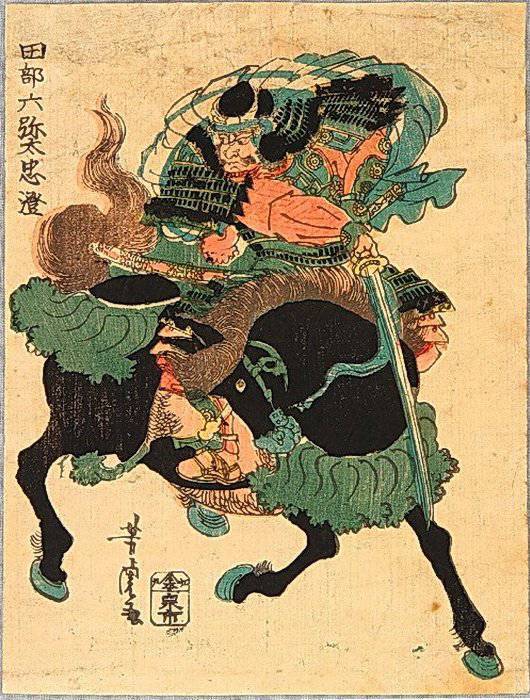 The tsuka (jap. "Handle") is shaped like a barely noticeable hourglass and covered with black, lacquered, traditional saekava - stingray leather. 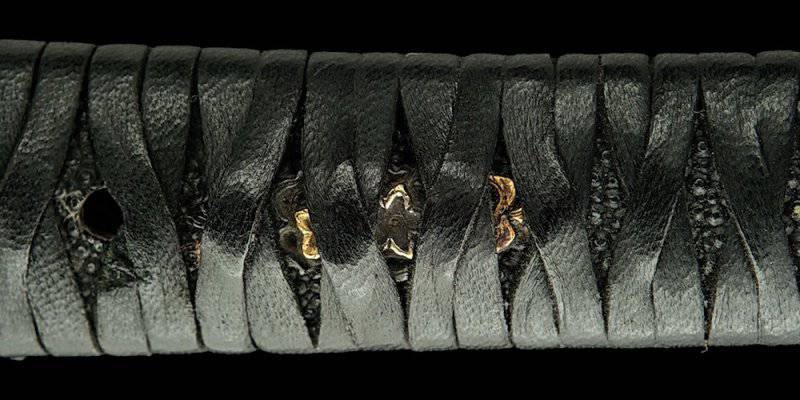 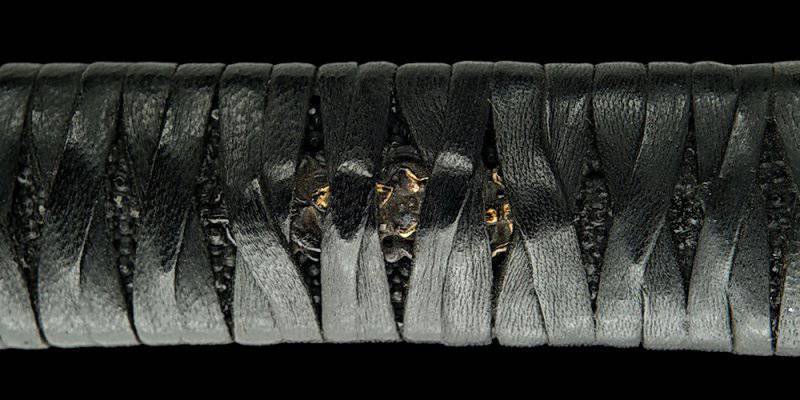 From above, the handle is wrapped in a tsuka-ito — a black leather sheath that is much rarer than a silk one. 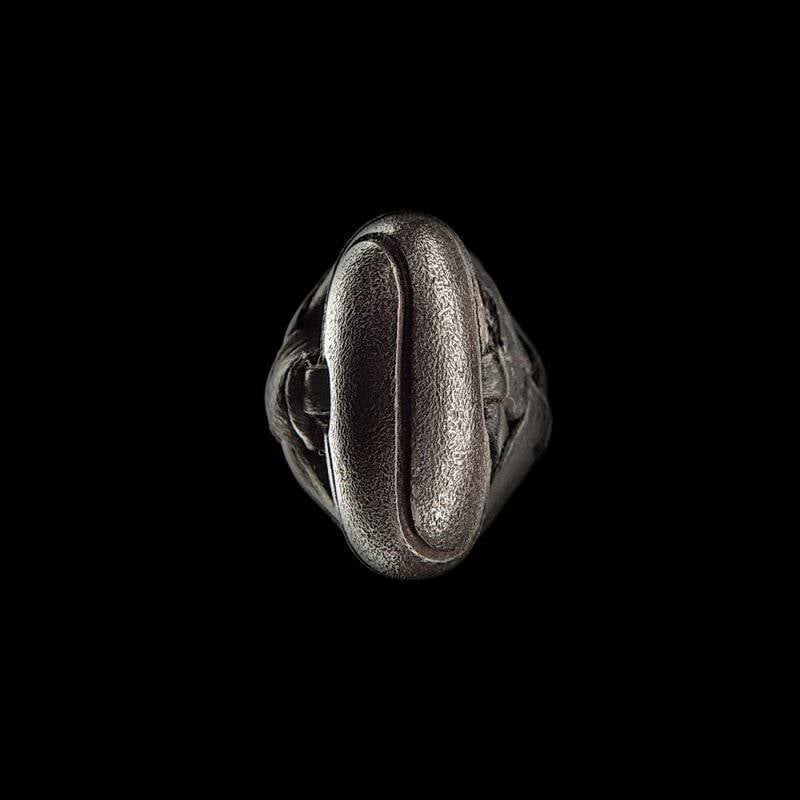 Copper hubs (coupling mounted at the base of the blade for fixing the guard) are coated with a zakudo (high-quality Japanese alloy that includes approximately 96% copper and 4% gold). 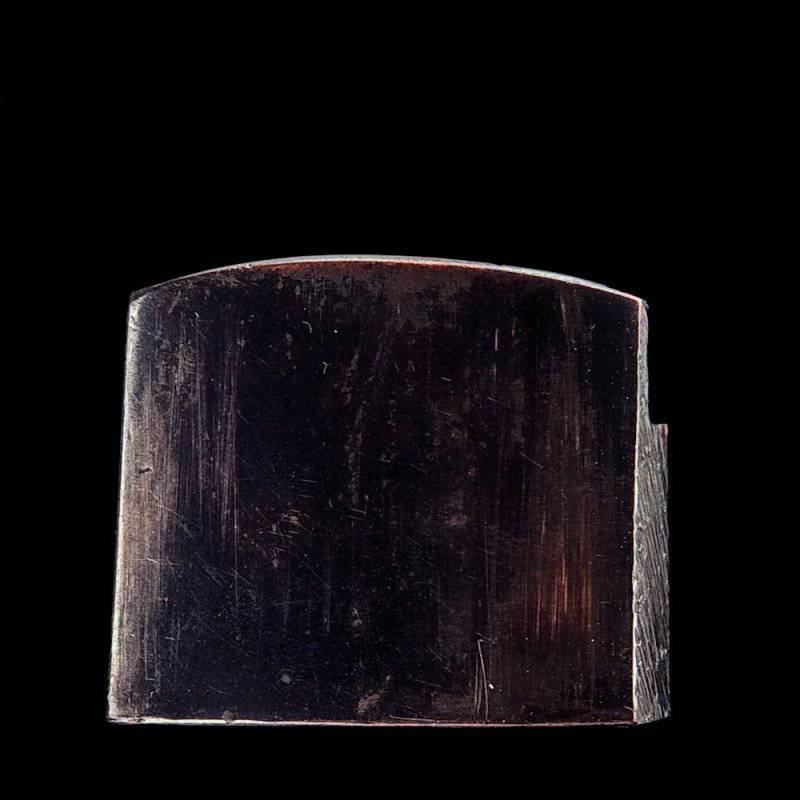 On a metal tsuba (guard), bamboo stalks are engraved, which among the Japanese is considered a symbol of health and longevity. 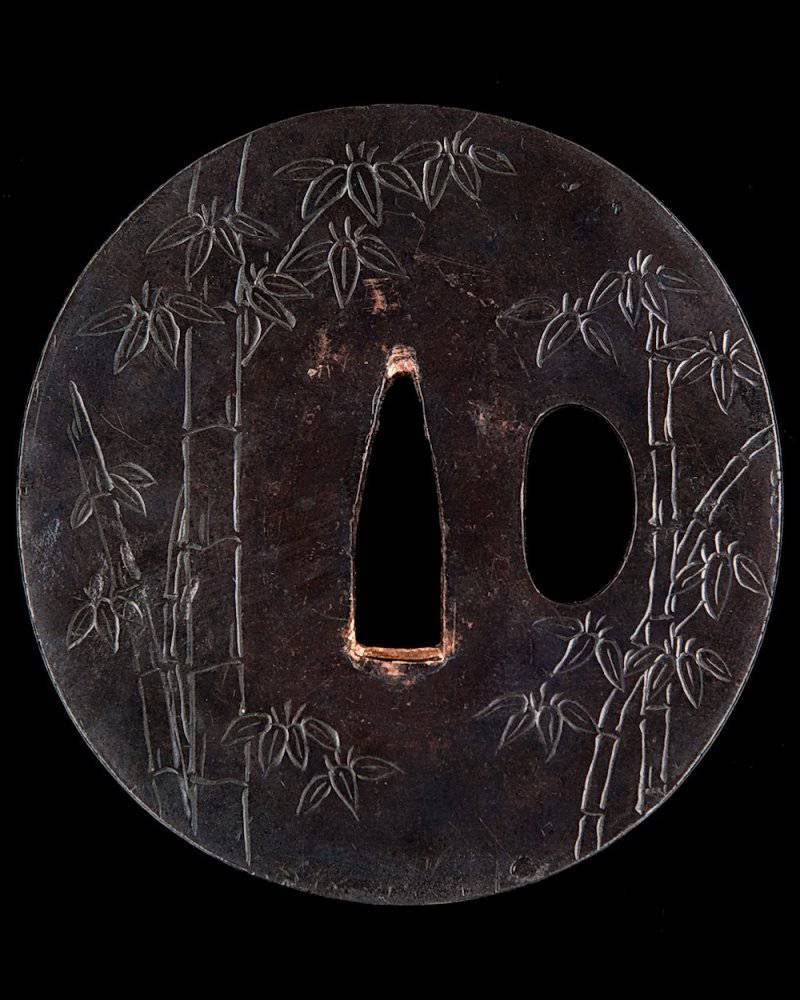 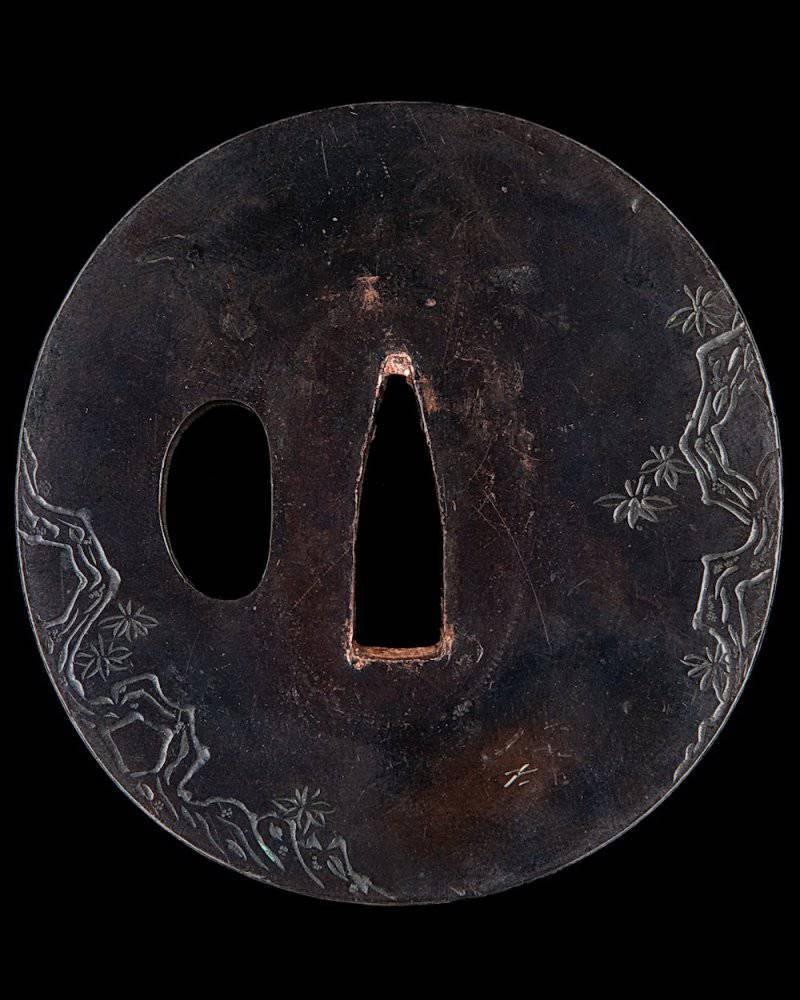 Fuchi (collar between tsuba and hilt) is decorated with a camon (generic emblem) with a paulownia flower of the Toyotomi family, founded by Toyotomi Hideyoshi (1536 / 1537-1598) - daimyo (jap. "Great Name"), the largest feudal outstanding military leader and politician of the Sengoku period. He was one of the three great unifiers of Japan, following Oda Nobunaga along with Tokugawa Ieyasu. 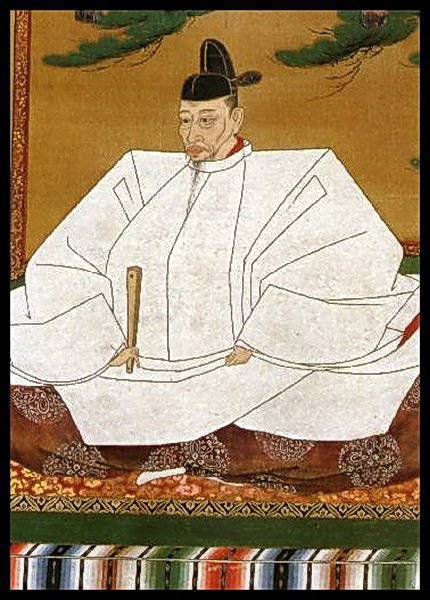 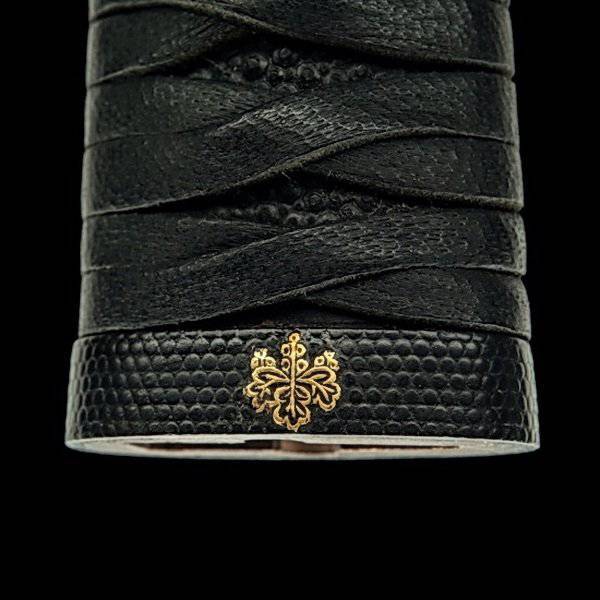 This emblem is one of the two imperial symbols of Japan. It consists of three leaves of the paulownia flower, on which are located three blossoming stems above. 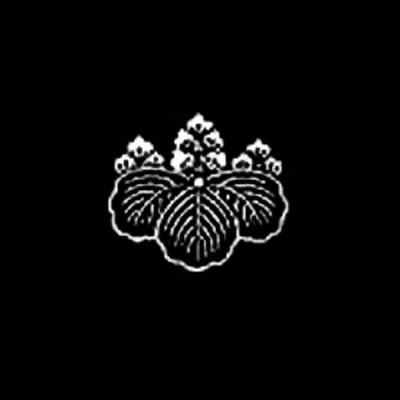 Kamon daimyo Toyotomi family
At the time of the rise of Toyotomi Hideyoshi, he incorporated this imperial symbol into his kamon. The samurai of noble birth was taken to decorate their weaponor rather, the elements of the kosira family logo. This katana belongs to the genus Toyotomi since the 80-ies of the XVI century.

There is no exact information that this katana belonged to Toyotomi Hideyoshi, but given the time of its manufacture, the renowned name of the master Kanesumi and a very high cost, we can assume that if she did not belong to Hideyoshi himself, then the owner of this katana was an important samurai of the kind Toyotomi is a contemporary and associate of the great unifier of Japan.