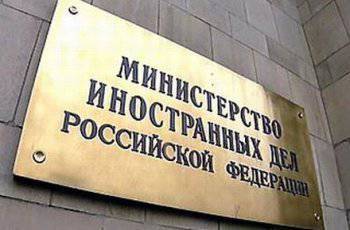 
Allegations about the supposedly one-sided nature of this trip are devoid of any reason. The Moldovan side is well aware that the meetings in Chisinau did not take place solely because of the busy work schedule of the leadership of the Republic of Moldova - declarations of readiness for their holding were made by the Russian side through diplomatic channels in advance.

We regard as an illegal action undertaken by the Moldovan security forces at the airport in Chisinau in respect of the Russian delegation’s baggage. Such actions contradict the generally accepted international practice and the statements of the Moldovan authorities about their constructive attitude in relations with the Russian Federation.

We insist on the termination by the official Chisinau of such unfriendly actions.
Ctrl Enter
Noticed oshЫbku Highlight text and press. Ctrl + Enter
We are
Armed Forces of Transnistria: 23 of the year since its foundation
Military Reviewin Yandex News
Military Reviewin Google News
47 comments
Information
Dear reader, to leave comments on the publication, you must sign in.