Sergei Shoigu awarded the Order of the Holy Apostle Andrew the First Called with swords without a decree?


Shoigu became the first person in the history of the new Russia to be awarded the Order of the Holy Apostle Andrew the First-Called with swords. However, official information about the award of the Minister of Defense with this order (the highest award of the Russian Federation), namely, a presidential decree, has not yet been published. 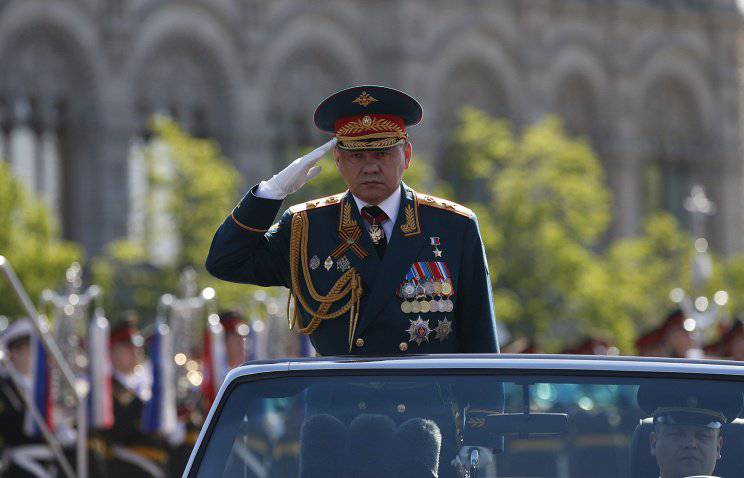 On the Ministry of Defense website pageOn the biography of Sergei Shoigu, there is only a streamlined formulation: "Awarded numerous orders and medals".

The order of the Holy Apostle Andrew the First-Called with swords is awarded to those statesmen who distinguished themselves in hostilities.

In addition to Sergei Shoigu at the May X Parade Victory Parade with new awards, according to ITAR-TASS, other senior officials of the Russian Ministry of Defense appeared. In particular, the orders of Alexander Nevsky were visible on the coats of the deputy heads of the war ministry, Nikolai Pankov, Dmitry Bulgakov, Ruslan Tsalikov. With the new award - the Order of Merit for the Fatherland of the III degree with swords and in the new rank (admiral) appeared Commander of the Black Sea Fleet of the Russian Federation Alexander Vitko.

Ctrl Enter
Noticed oshЫbku Highlight text and press. Ctrl + Enter
We are
And what is wrong Mikhalkov?Boris Chertok died - an associate of Korolev and one of the founders of the Soviet cosmonautics
Military Reviewin Yandex News
Military Reviewin Google News
103 comments
Information
Dear reader, to leave comments on the publication, you must sign in.