Armor is strong, but their tanks are not fast. 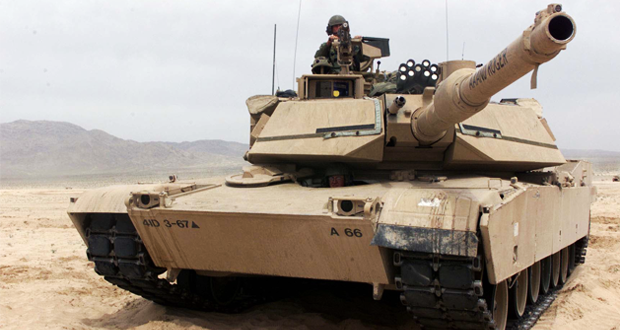 Recently, a sea of ​​articles about a possible war between Russia and the United States or NATO has been published.


The most politically correct text was signed by the American superbast, George Friedman, the head of the geopolitical intelligence agency STRATFOR. In his article, American Strategy after Ukraine, he gave a clear answer to the question why neither the United States nor NATO is currently in a position to fight with Russia.

If the US decides to confront Russia using a military component, they need a stable perimeter with the widest possible front in order to stretch Russian forces and reduce the likelihood of a Russian attack in one sector under the fear of a retaliatory strike in another. An ideal mechanism for such a strategy could be a NATO alliance, which includes almost all important countries with the exception of Azerbaijan and Georgia. But the problem is that NATO is an ineffective alliance. It was created for the conduct of the Cold War at the turn, which is far to the west of the current line of confrontation. Moreover, earlier there was a common opinion that the USSR poses a threat to the existence of Western Europe.

This unity is no more. Different countries have different ideas about Russia and different concerns. For many, the repetition of the Cold War, even in the face of Russian actions in Ukraine, is worse than compromise and reconciliation. In addition, with the end of the Cold War in Europe, there was a large-scale reduction of troops. NATO is simply not strong enough, unless their powerful and sudden build-up occurs. And this will not happen due to the financial crisis and for many other reasons. The North Atlantic Alliance needs unanimity to begin to act, but there is no such unanimity. ”

The key factors in the impossibility of conducting the "defense" of Ukraine by military means according to Friedman are the lack of a supply system and the remoteness of the main NATO bases from the borders of Ukraine.

Consideration should also be given to a significant reduction in NATO forces in recent years.

The main strike force of any army is Tanks. 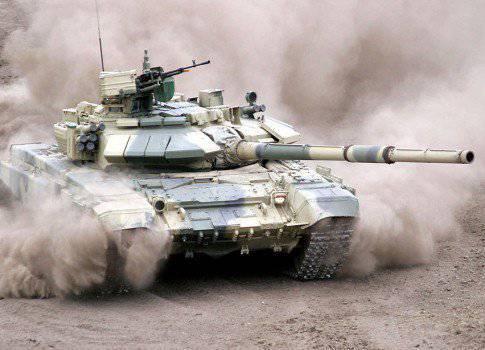 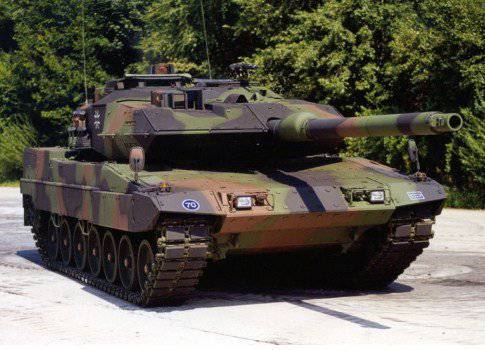 The best tank of NATO - the German "Leopard-2", armed with the NATO countries, they are about 2000. The tank's weight is almost 60 tons. Remember this figure. 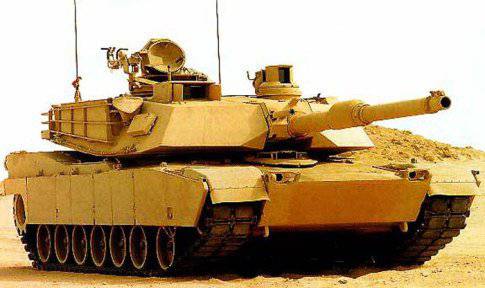 Americans consider the Abrams М1А2 to be the best tank in the world. The latest modifications of this certainly superb tank weigh up to 66 tons. 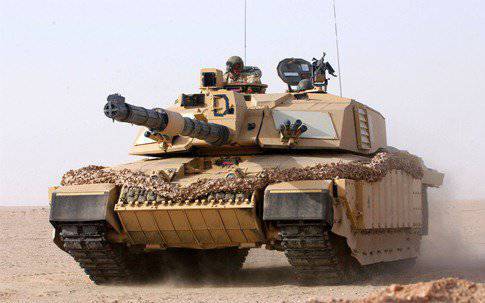 The arsenal of the NATO countries also includes the English Challenger, a tank of about the same class as the Leopard with the Abrams. Its weight is over 60 tons.

Why do I persistently pay attention to the weight of NATO tanks? And because they were created for the possible opposition of thousands of advancing Soviet tanks. That is, their task was anti-tank fight. This is not attacking, but defensive machines. For blitzkrieg, they are not suitable. They are heavy, rather slow-moving and cumbersome. 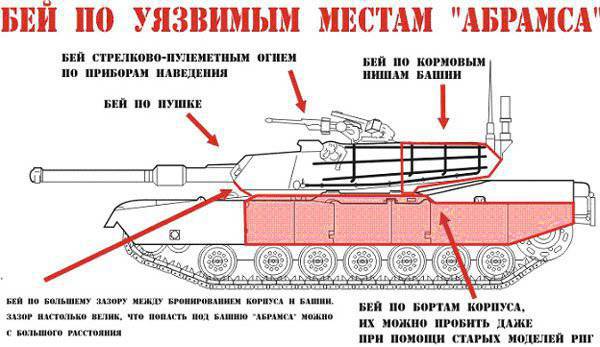 How so, you say - and the blitz-game in Iraq?

Yes, after months of bombing of the enemy’s defense and infrastructure, after their destruction aviation and air defense systems, the armored armies of NATO moved across Iraqi deserts as smooth as a board, and taking advantage of their long range, shot Saddam’s tanks as in exercises. Moreover, it was announced that the loss of several dozen Abrams occurred for technical reasons, and not because of enemy retaliatory fire.

So, NATO will not have the possibility of unpunished bombing in the event of a military conflict with Russia. The shelling will be mutual and it is not known who will prevail. The production of all types of cruise missiles at Russian factories has increased several dozen times in recent years.

In addition, all this multi-ton armada must still be delivered to the theater of military operations. In its own turn, in principle, it is possible, but then the service life will be developed. The Americans have excellent engineering services that simply replace the worn-out Abrams gas turbine units with new ones. But this means that it is also necessary to transfer engineering parts to a probable theater, and this is not a matter of a single day. It took half a year to fully prepare for the Iraqi blitzkrieg.

In addition, Ukraine and Russia are not Iraq. The soil here is marshy and NATO tanks will get stuck in it, as Hitler's "Tigers" got stuck.

And one more thing - most of the bridges of Ukraine and Russia are designed for 20 tons load, since they have a serious margin of safety, they can withstand the weight of Russian tanks (46 tons), but they will completely fail under NATO mastodons.

Transporting tanks by rail is even more difficult.

Armor is strong, but their tanks are not fast.

The fact that the tank "Abrams" of all modifications beyond the size of the railway platform, and much more.

The German Wehrmacht had the same problems with the Tiger tank. They solved them by removing the outer rollers (for the “Tiger”, the rollers are staggered in several rows) and installing special “transport” narrow tracks.

The "Abrams" will not succeed because of the design features of the case.

In principle, in peacetime, the transportation of “Abrams” by rail is possible - but only within the designated sections of the railway bed specifically for this, and it is necessary to block the movement along the second path so as not to hook the tanks with the oncoming train).

In the USA, such sections of railways are arranged, as a rule, from tank repair plants to armored vehicle storage bases.

It is impossible to freely move tanks of this size along public railways.

Russian and, by the way, Chinese tanks were initially designed in such a way as to fit into the size of standard railway platforms and not create problems with the transfer of public railway tracks.

The difference seems to be small - only 19 centimeters. But as a result, it is impossible to transport by ordinary railways because of the danger of a hook on the trusses of bridges and other poles and protrusions protruding on the tracks.

And to transport their armored vehicles, if the NATO members still want to make war with Russia, they will have to go far. In the event of a possible collision in Novorossia - a half thousand kilometers. This is such a complex engineering task that its implementation will require huge financial costs and several months of preparation.

You can, of course, transfer the Soviet T-72 or Romanian T-55 that are in service with the Poles without any problems by rail. Indeed, quite recently, the Kiev governors quite successfully transported over two hundred units of their armored vehicles from the western borders to the town of Izium in eastern Ukraine.

But in this case, modern Russian tanks will also shoot outdated Soviet equipment without any problems, as during exercises. So such a garden should not even be a fuss, and NATO understands this perfectly well.

As a result: the transfer of NATO armored vehicles to a potential theater of military operations will require large financial and time costs, which will enable the enemy (that is, Russia) to organize effective defense.

Why are NATO strategists so miscalculated? While the USSR existed, NATO tank armada were intended for defense and deployed in advance on the lines of the likely offensive of the Soviet tank armies.

And the possibility that the forests and fields of Ukraine will become a potential theater theater has not been taken into account. Until recently, NATO believed that it would be possible to endlessly talk and deceive Russia, gradually pushing NATO to its borders.

We have analyzed in some detail the situation with the potential enemy tank forces. Now briefly touch aviation and air defense.

We will not delve into the technical characteristics of Russian and NATO combat aircraft. Until very recently, it was believed that Russian aircraft had the best maneuverability, while NATO had the best avionics.

But 14 of April of this year, during exercises at the Muhor-Konduy training ground in Buryatia, Su-34 fighter-bombers interfered with the A-50 early-warning and guidance aircraft, MiG-31 fighter-interceptors, and ground-based air defense grouping. The newest electronic warfare system Khibiny - U, developed by the Kaluga Radio Engineering Research Institute and Samara Scientific Research Institute Ekran (where, by the way, the author of these lines underwent the internship at student years) was commissioned for jamming. It is said that it was with this system that the old Russian SU-24 bomber paralyzed all the electronics of the American attack destroyer Donald Cook, which extremely angered the American military.

I don't know how it really was stories with the destroyer, but the truth of life is that now the Americans need to understand the real possibilities of the new Russian EW system, and on the basis of the intelligence they have received, decide whether or not they are ready for an armed conflict with Russia.

By the way, NATO fighters redeployed to the Baltic states while patrolling the borders will surely probe "accidentally" the Russian airplanes they have encountered for the presence of a new EW system and try to assess its capabilities.

In any case, NATO will not be able to gain air supremacy because of the absolute and unconditional superiority of the Russian air defense systems. C-300, C-400 and other complexes guarantee reliable protection of our ground facilities and the army.

Technique of technique, but the guarantee of victory in the war - the morale and training of soldiers and officers. Moreover, the key role is played by special forces, the army elite. The events in the Crimea and in Novorossia convincingly prove to our opponents that here, too, Russia has an undoubted superiority. And the exploits of a bearded Cossack nicknamed Babai, who blew up a helicopter at the Kramatorsk airfield, are not known from where they remind us that Russia has not only polite "green men", but also fearful politically-inclined partisans.

In total, NATO strategists rightly believe that currently a military conflict with Russia is undesirable. Their position is shared by American politicians of the highest level. Recently, US Secretary of State John Kerry was summoned to the US Senate carpet and sharply criticized for the endless concessions to the "Russian aggression in Ukraine." Kerry asked the senators only one question: “Who among you wants a war with Russia?” The answer was deathly silence.

America never attacks equal opponents. Only on obviously weaker ones. There are no other reasons for refusing aggression if there are any geopolitical prerequisites for it.

Since there are quite a few technical factors for refusing to start a war with Russia, this means that there will be no war, at least in the medium term. That is, for five to seven years.

And what will happen next, beyond the mid-term horizon? If we do not fall into geopolitical insanity and we clearly understand that only friendship with it is worse than a war with America, then there will still be peace.

Ctrl Enter
Noticed oshЫbku Highlight text and press. Ctrl + Enter
We are
Armor is strong. Report from the armored plant, where equipment is repaired for ATO (Ukraine)And our tanks are fast
Military Reviewin Yandex News
Military Reviewin Google News
111 comments
Information
Dear reader, to leave comments on the publication, you must sign in.