The myth of the invulnerable "miracle tanks" 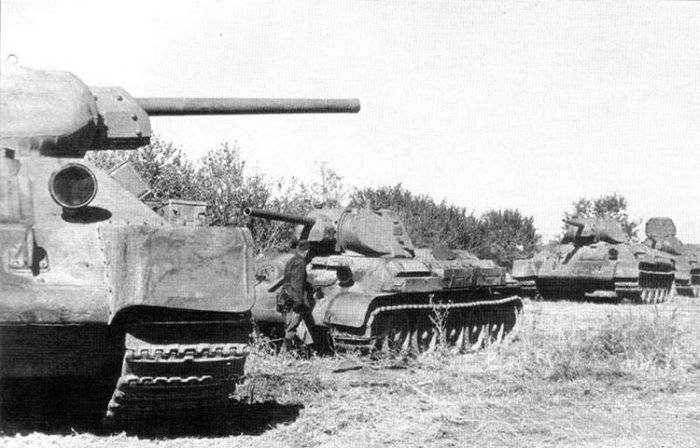 One of the myths of the Great Patriotic War about “miracle tanks”, invulnerable, sweeping away everything from its path, was the myth of the new tanks of the Soviet Union - T-34, KV, in the initial period of the war. Even suggestions were made that in order to knock them out, the German armed forces had to use Aviation, since conventional anti-tank weapons could not cope. Another myth came from here - the lack of “miraculoustanks". Naturally, the blame was blamed on the Soviet leadership, who supposedly did not understand their significance before the war, and personally on Stalin.

Examples were given when KV (Klim Voroshilov) returned from battle with dozens of dents from enemy shells, but without holes, such facts did take place. The memories of the Germans were even more interesting; One of the most famous was the memoirs of G. Guderian, commander of the 2 tank group, based on his message about the “invulnerability” of the T-34 for German guns, about the heavy fighting of the 4 tank division in October 1941 of the year south of Mtsensk - they were attacked by T-34 Katukov tank brigade. As a result, they created a myth, including in the Anglo-American literature, about “invincible” T-34 tanks, which overcome the slopes, swamps with lightning speed, they are not taken by projectiles, they cause death and destruction. Although it is clear that the tanks of that time were moving over rough terrain at a speed of no more than 10-15 km per hour.

Although it is clear that if the German convoy was attacked in the march and caught off guard, then the fault of the German commanders, its commander, Major-General V. von Langemann and Erlenkamp. He did not organize reconnaissance in order to deploy the column ahead of time in order of battle. The 4 Panzer Division had enough funds to organize anti-tank defense: the Pak-50 38-mm cannon, the 88-mm anti-aircraft cannon, and cannon cannons. But the Germans let themselves be taken by surprise, and in order not to admit their mistakes, they piled their blame on the “terrible” Russian “miracle tanks”. Guderian supported the report of Langemann so as not to undermine his reputation.

Interestingly, before this, Guderian claimed that: “... the Soviet tank T-34 is a typical example of backward Bolshevik technology. This tank can not be compared with the best models of our tanks, made by the faithful sons of the Reich and have repeatedly proved their advantage ... ". 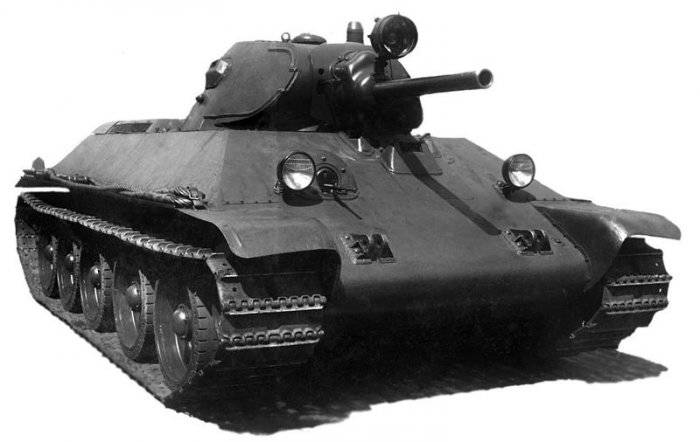 The first battles of the new Soviet tanks with the Wehrmacht

The Wehrmacht met in the battle with the new Soviet tanks at the very beginning of the war. With normal reconnaissance, well-functioning interaction of tank units with artillery and infantry for the Germans, our new tanks would not be a surprise. German intelligence reported on new tanks in April 1941 of the year, though it was wrong in evaluating body armor: KV was rated at 40 mm, and it was from 40 to 75 mm, and T-34 - at 30 mm, and the main booking was 40-45 mm.

One of the battles with new tanks is the clash of the 7 tank division of the 3 tank group of the Goth 22 June near the bridges across the Neman near the city of Alytus (Olita) with the 5 of the Soviet tank division, it had the 50 of the newest T-34, not counting other tanks. The German division was mainly armed with Czech tanks "38 (t)", there were 167, T-34 were only 30 units. The battle was hard, the Germans were unable to expand the bridgehead, but our T-34 could not knock them out, the Germans pulled up artillery, developed an offensive in the flank and rear, and under the threat of encirclement our division withdrew. That is, on the first day the Wehrmacht "met" with the latest Soviet tanks, and no disaster.

Another battle took place in the area of ​​the town of Radzehów 23 June; units of the 4 th mechanized corps and a division of the 11 th German Panzer Division encountered. German tanks broke into the town and there they encountered our T-34. The battle was hard, but the forces were unequal - the German tank regiment, reinforced by artillery, and our two tank battalions without artillery, ours withdrew. According to Soviet data, the Germans lost 20 tanks, 16 anti-tank guns, our losses - 20 tanks BT, six T-34. Thirty-fours were hit by 88-mm anti-aircraft guns. In further battles, the German tankers, supported by 88-mm anti-aircraft guns, took advantage of a good defensive position and, according to their data, shot down Soviet tanks 40-60, according to our data, the 4 squadron unit lost 11 tanks, knocking out 18 tanks of the enemy. 25 June 88-mm anti-aircraft guns destroyed 9 KV, Soviet figures confirm this number.

Wehrmacht from the first days faced with the new Soviet tanks, but that did not stop him, he had weaponable to beat HF ​​and T-34. Most of them were lined with 105-mm guns (10,5 cm) and 88-mm anti-aircraft guns, this is confirmed by F. Halder. 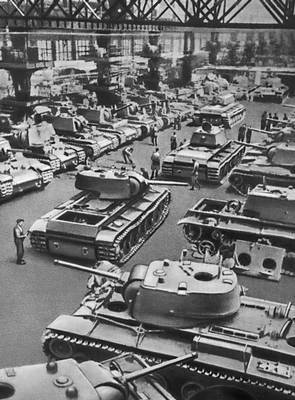 The main means of dealing with "miracle tanks"

Anti-aircraft guns and field 10,5-see guns played a major role in the fight against HF and T-34 at the beginning of the war, but then the 50-mm Pak-38 began to play the main role, it was put into service in 1940 year. An armor-piercing projectile of this anti-tank gun punched 78-mm homogeneous armor at a distance of 500 meters, and this made it possible to hit KV and T-34 in favorable conditions. The main problem was to hit the T-34 frontal armor, ricocheting the shells, it was only possible to hit it at a certain angle.

On 1 June 1941, the Wehrmacht had 1047 of these guns, as they increased their production, they began to receive anti-tank units, their role in the fight against HF and T-34 constantly increased. According to SRI-48 1942 of the year, Pak-38 accounted for 51,6% dangerous hits from the total number of hits. 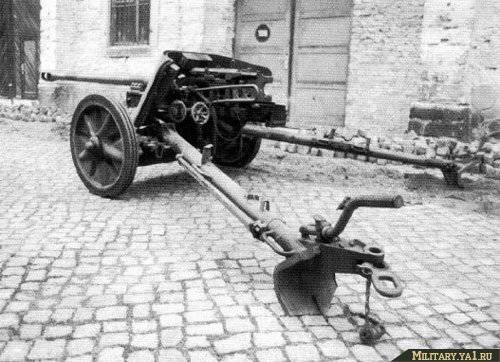 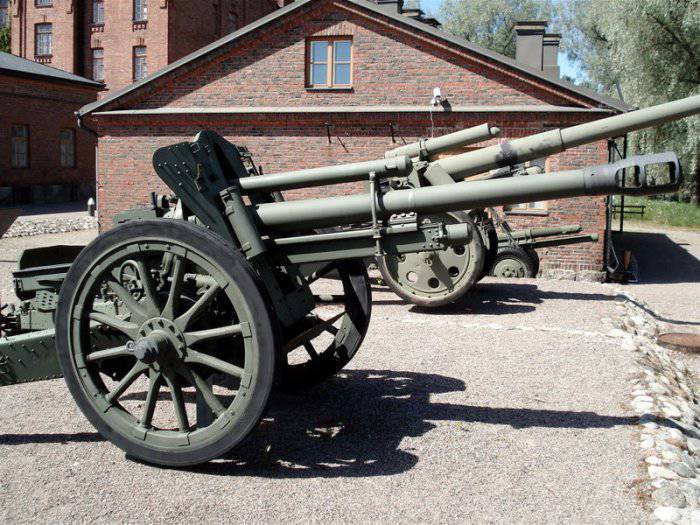 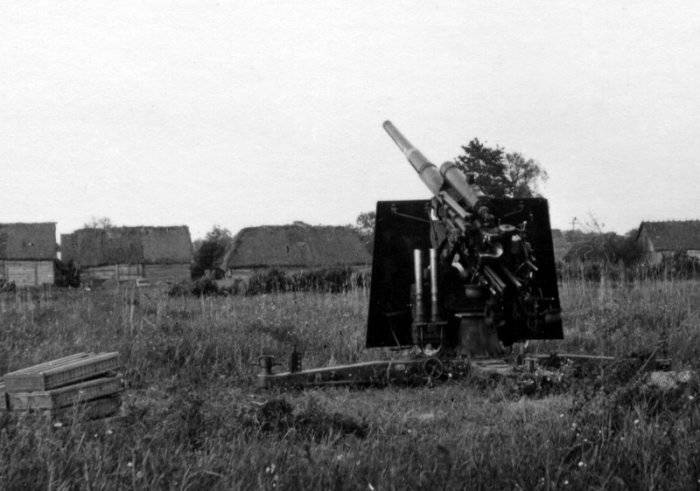 The gun from the famous series of German anti-aircraft 8,8 cm FlaK 18, 36 and 37. It is considered one of the best anti-aircraft guns of the Second World War. It was successfully used not only as an air defense weapon, but also as an anti-tank gun, since the standard German anti-tank artillery in 1941 turned out to be weak for Soviet heavy tanks.

When hit by a projectile and large-caliber bullets in the HF tower could jam, jamming armored hubcaps. The KV engine had a small reserve of power, so the engine was often overloaded and overheated, the failure of the main and onboard clutches. In addition, "Klim Voroshilov" was slow, low maneuver. The B-2 diesel engine was “raw” at the start of the war, its total resource did not exceed the 100 hours on the stand, on the 40-70 tank hours. For example: German gasoline “Maybachs” worked 300-400 hours, our GAZ-203 (on T-70 tanks) and M-17Т (stood on BT-5, BT-7, T-28, T-35) up to 300 hours .

In T-34 armor from a distance of 300-400 meters pierced armor-piercing shells 37-mm anti-tank guns, the side pierced and 20-mm armor-piercing shells. With a direct hit of the projectile, the front hatch of the driver and the “apple” of the machine-gun installation, the weak tracks, the failure of the main and side clutches failed. The ball mount of the tank machine gun Dektyarev was calculated on bullets and splinters, she did not hold 37-mm projectiles. The problem was the front hatch of the tank.

But it cannot be said that most of the new tanks “broke down” before reaching the battle, or were abandoned due to breakdowns. In general, about half of the tanks died in battle, the Wehrmacht quite successfully beat them. The remaining “non-combat casualties” are quite understandable, for the retreating army breakdowns, damage to tanks that could be fixed in another situation (with a stable front or in the offensive), forced them to blow up and throw. This is also true for tanks that have run out of fuel during the retreat. Wehrmacht tank units, retreating to the 1943-1945 years, lost about the same amount of equipment due to the inability to evacuate it. 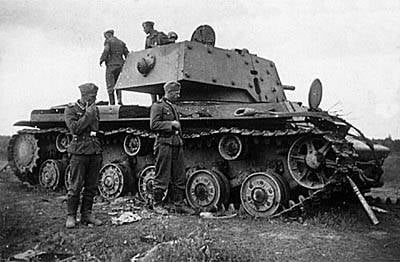 Other methods of the Wehrmacht

The command of the Wehrmacht, faced with the new Soviet tanks, tried to strengthen the anti-tank capabilities of the army. Massively reworked the 75-mm French field gun of the 1897 model of the year into an anti-tank gun - the body of the gun was laid on the PAK-38 gun carriage. But the effect was small, there were no guarantees to hit the Soviet tanks in the forehead, so we tried to hit the side. But in order to successfully hit tanks, it was necessary to beat 180-250 meters from a distance. In addition, there were almost no armor-piercing shells, only cumulative and high-explosive fragmentation shells. The disadvantage when firing cumulative projectiles was the low initial velocity of the projectile — on the order of 450 m / s; this made the prediction calculation more complicated.

Soviet tanks hit 75-mm cannons of German T-IV tanks (Pz. IV) with cumulative ammunition. It was the only projectile of the German tank, capable of hitting the T-34 and KV.

The German 34-mm anti-tank guns with kinetic armor-piercing and sabot projectiles, the PAK-75, Pak-40 guns (it was released not for long and in small batches) became a truly effective weapon against KV and T-41. Pak-40 became the basis of the German anti-tank defense: 1942 units were launched in 2114, 1943 were launched in 8740, 1944 - 11 in 728. These guns could knock down the T-34 at a distance of 1200 meters. True, there was a problem of circular fire, after several shots the coulters burrowed so deep into the ground that the gun could only be deployed with the help of a tractor.

That is, the Wehrmacht was forced to use heavy, slow-moving cannons against the new Soviet tanks, which were vulnerable to bypass maneuvers of armored vehicles, aircraft, and enemy artillery.

The myth of the "Russian supertank" has extremely negative information - it elevates technology, downplays people. They say that the Russians had “miracle tanks”, but could not use them properly and eventually retreated to Moscow.

Although it is clear that even well-protected tanks had their weaknesses and were vulnerable to the enemy. This is true for the newest German tanks - "tigers", "panthers". There were anti-aircraft guns, heavy hull guns, it was possible to hit tanks into the board with anti-tank guns. In addition, the tanks were knocked out by aircraft and heavy artillery, which struck before the advance of the troops. The Wehrmacht and the Red Army quickly increased the main caliber of anti-tank and tank guns to 75-mm.

Do not create another myth - "the weakness of the Soviet new tanks." New Soviet tanks had the disadvantages of "childhood", they were eliminated by means of modernization, and the T-34 is not for nothing considered to be the best tank of World War II. 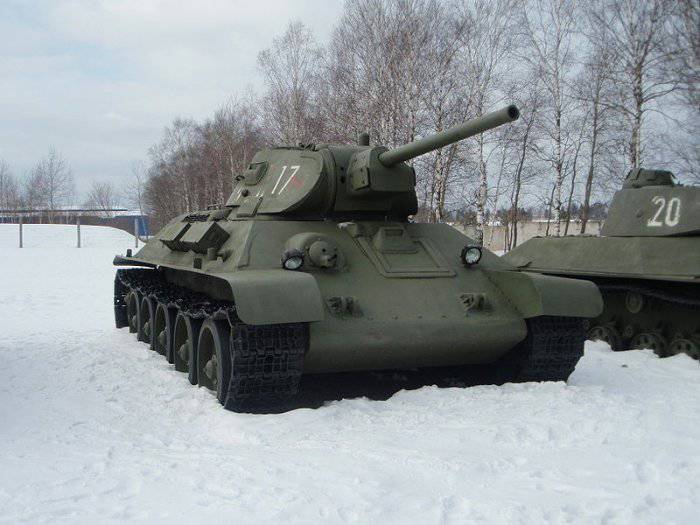 We are in Yandex Zen
Iron fist of the Red Army. Motorized and tank divisions
"Klim Voroshilov" - the triumph of the iron warrior
17 comments
Information
Dear reader, to leave comments on the publication, you must to register.