Review of special operation in Khasavyurt 5 May 2014 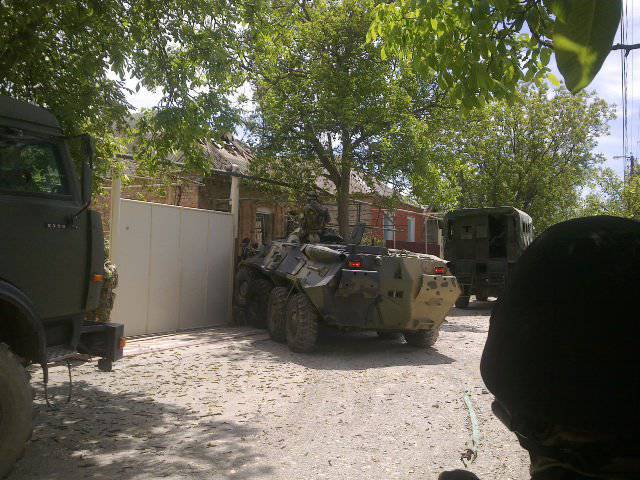 Well, it's time to take stock and add some details.


To begin with, that early in the morning in the house number 10-a on the street. Liza Chaikina was visited by police officers who committed house-to-door rounds as part of measures to investigate the encroachment on the life of law enforcement officers committed the day before. However, the police opened fire from a pistol and a machine gun with a simultaneous throw of a grenade, as a result of which he was injured by shrapnel from a grenade, one of the employees, who, however, are not threatening. Simultaneously with the beginning of the shooting and grenade throwing, a devil jumped out of the house with a machine gun, which pulled away from home ownership. He dropped the machine gun on the way, after all a difficult thing, it was inconvenient to run, and they continued to shoot from the house, which helped the fugitive to hide in the twilight. 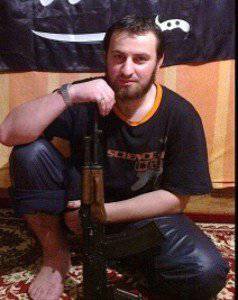 Of course, in such an environment it was difficult to recognize a running rat, but based on general observations and exchange of views, they first agreed on that. that the Vakhamraz fighter is very reminiscent of Magomedov Ramazan Omaraskhabovich, 1987, who was born under the nickname “Adam”, a member of the “Khasavyurt” gang, who is on the federal wanted list, who is considered to be a “Sharia judge” of Khasavyurt, and he himself “Ammar” of this person.

Since the available forces both organized the prosecution and did not miss the bastards hiding in the house, it was decided to block the shooters who remained in the house with the “heavy” forces while simultaneously negotiating the surrender in 7: the KTO regime was declared. However, the negotiations did not bring results: dull faces were not able to comprehend polite sentences. However, it was possible to establish the identity - the Hasov gangster Labazanov Ramazan Islamovich, born in 30, was residing in the structure, resident of p. Novoselskoye Khasavyurt district, and Uzalaeva Raziyat Hadjibutaevna, born 01.05.1989, born in Kara Lak district, concubine Labazanova, who preferred to call themselves "Sharia wife", however, without any grounds prescribed by Islam. 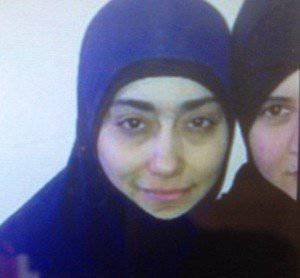 Labazanov - failed son-in-law of Ahmedpashi Umakhanov. He, at that time already an active accomplice of the Hasovskys, was to marry his daughter and everything was already decided, but then Umakhanov’s daughter was dying of cancer. But the grief of the inconsolable bridegroom did not last long - he quickly looks for the over-age fool Raziyat, who, having become infected with Wahhabism, divorced her husband and moved to the jerk.

Meanwhile, two months ago, the jerk evicted. It was produced in the best traditions of the Vakhamrazas - it was announced that the strict practitioner, as usual, left the house and did not return. Gone, poor fellow. All relatives who knew, naturally, immediately filed an application with the Khasovskiy Department of the Ministry of Internal Affairs; they registered him and 5 in March 2014 of the year opened a search file No. 41016 for the fact that the person had disappeared without a trace. However, it soon became clear that Labazanov had switched to an illegal, and, by the way, no one was making illusions - everyone understood everything very well. 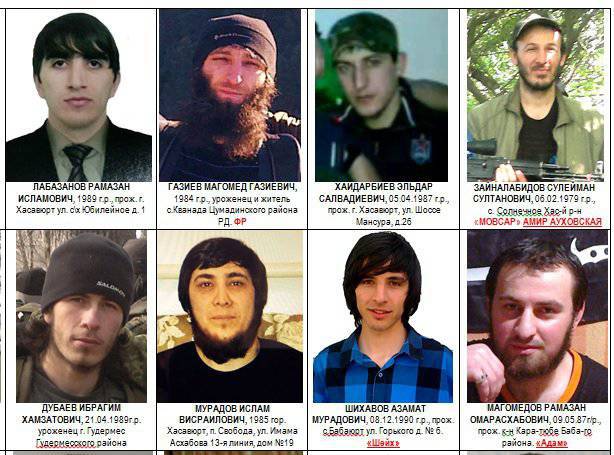 But, how much rope does not curl, the end will always be. First, the nerves could not withstand the semi-foolish Raziyat who became from the continuous influence of the Wahhabi contagion, which opened fire on the security forces, interrupting the negotiations. And after her, Labazanov also started firing, using not only the machine gun, but also the under-barrel grenade launcher, thus making it clear that it was time to put up a moron. And they laid them down. Gently, but strongly. 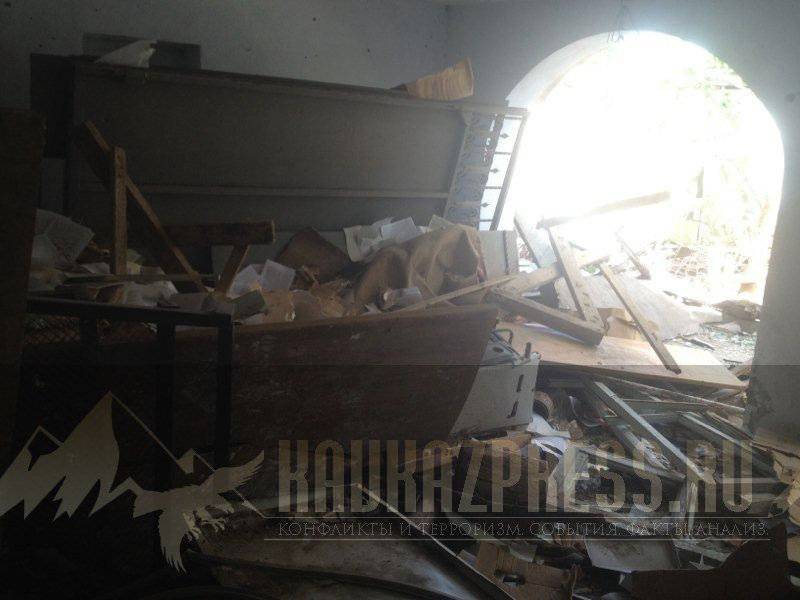 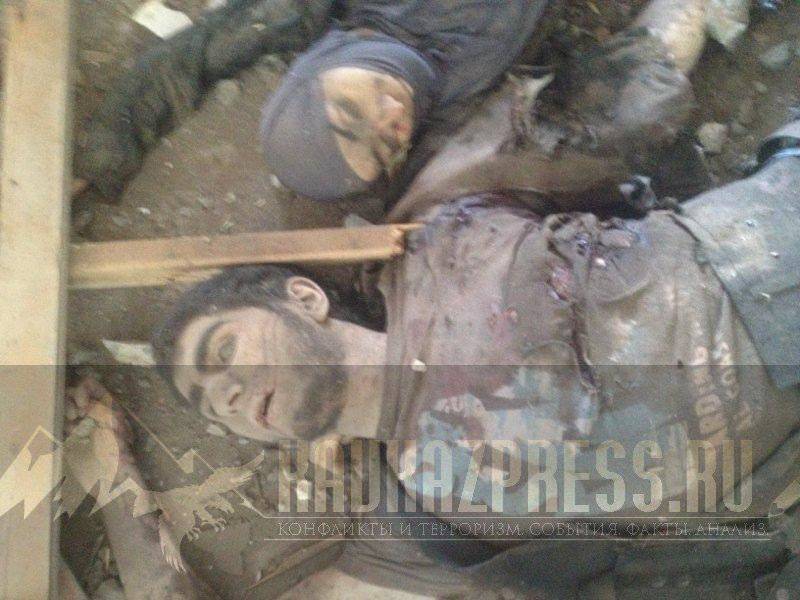 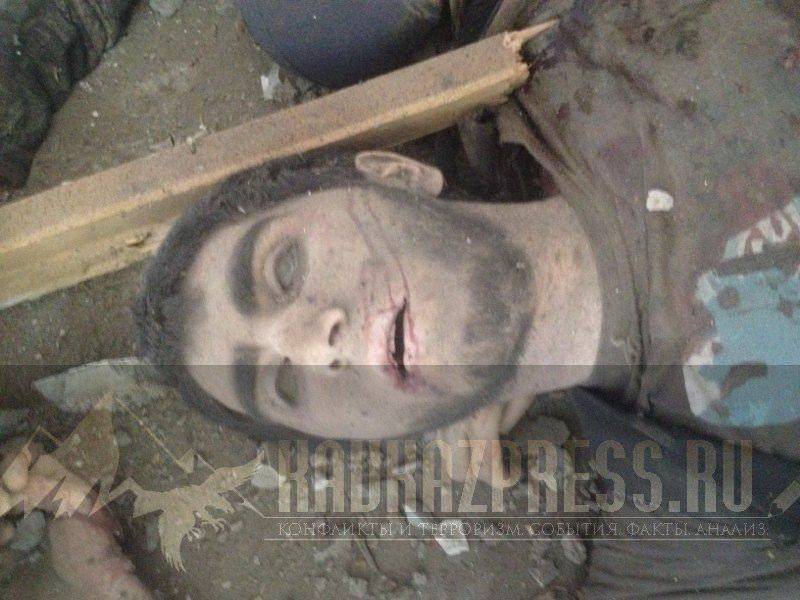 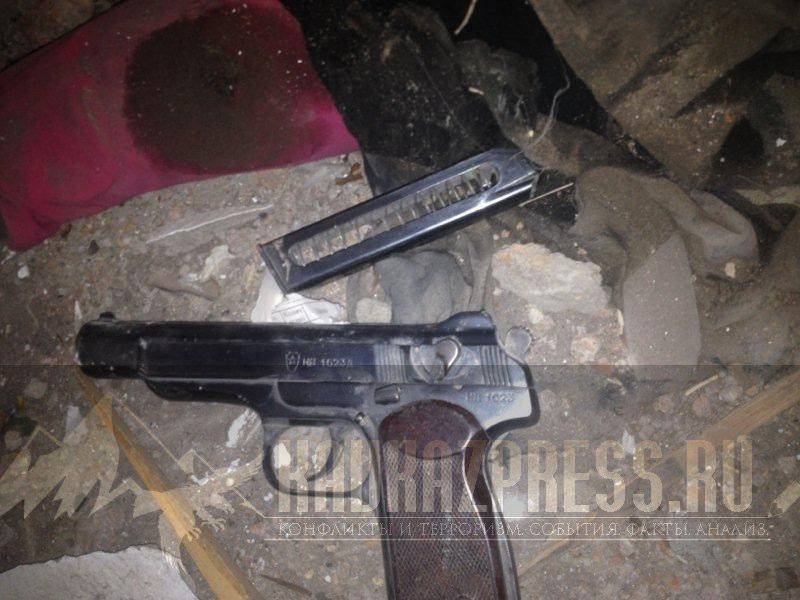 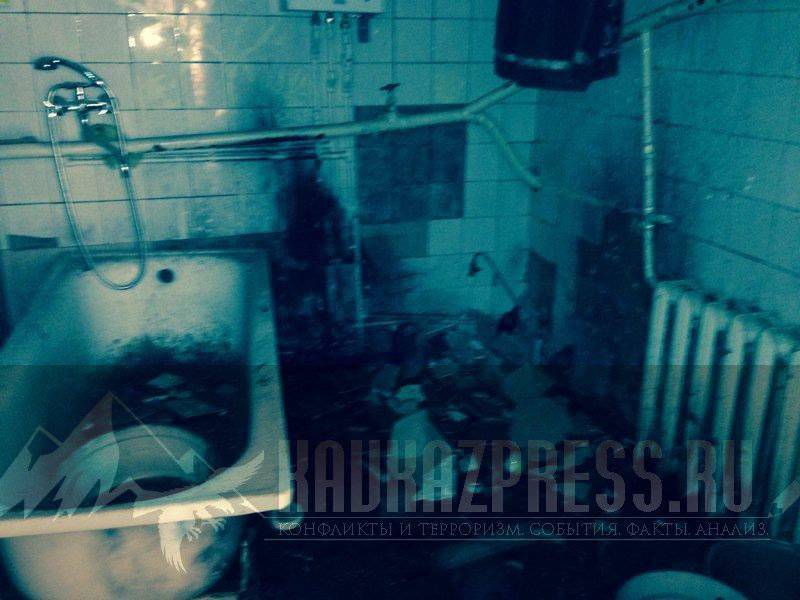 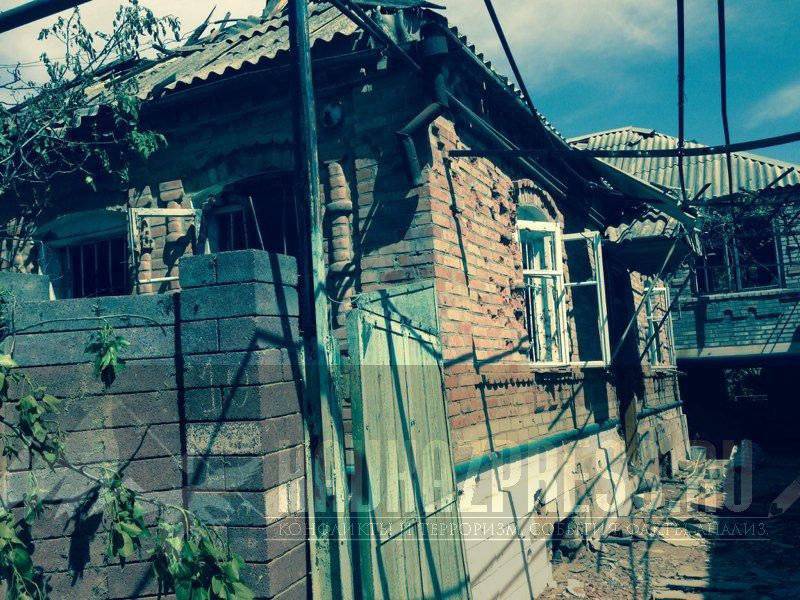 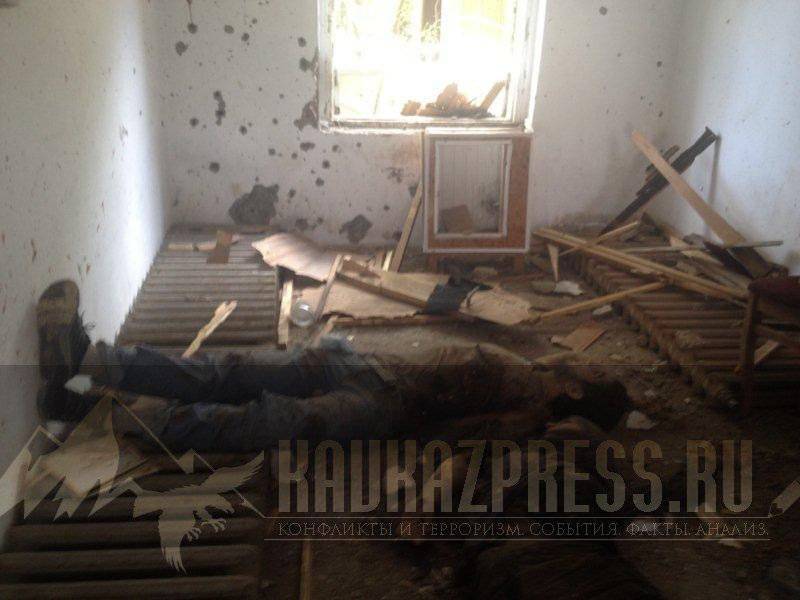 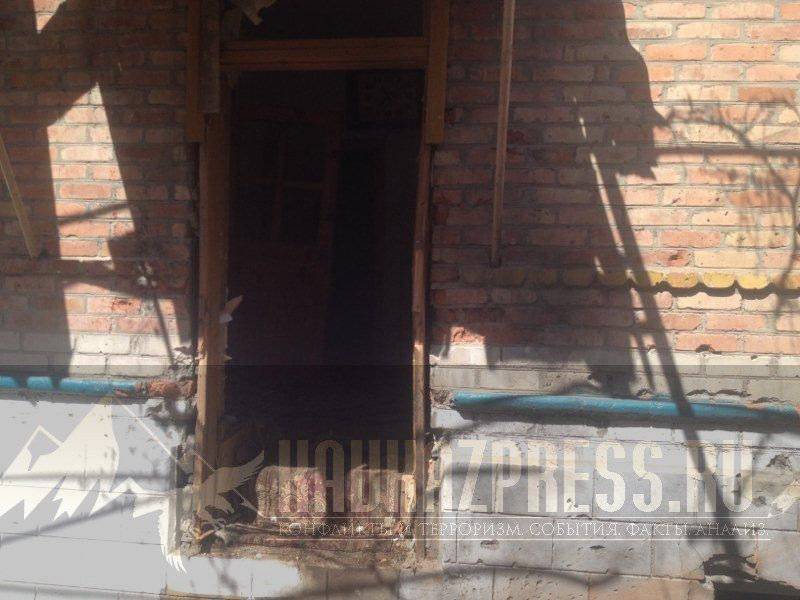 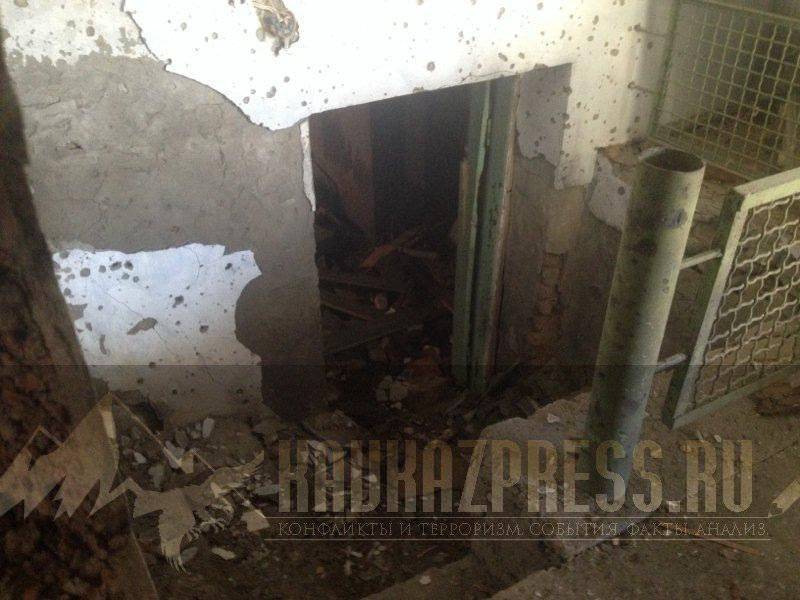 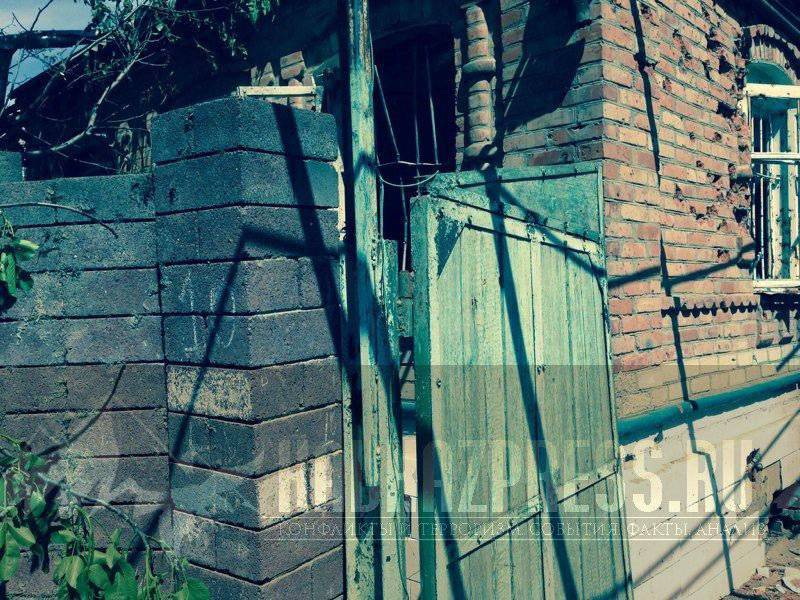 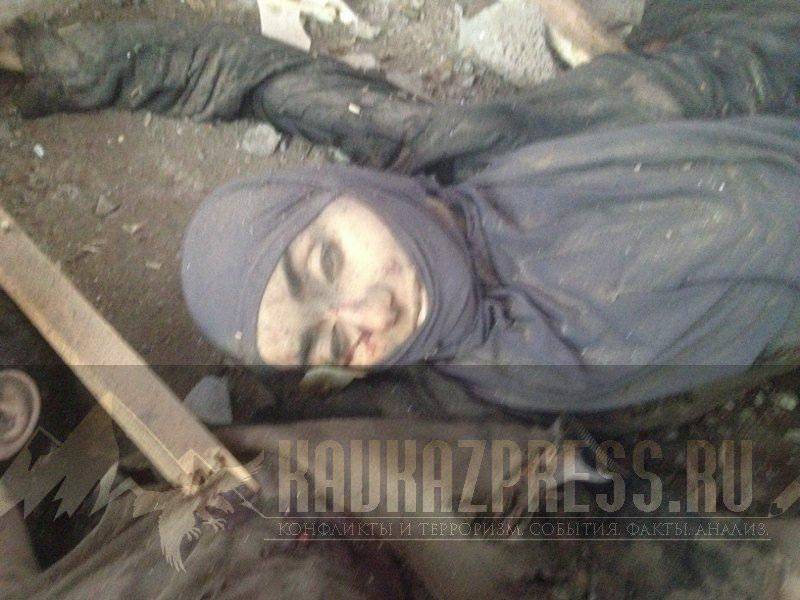 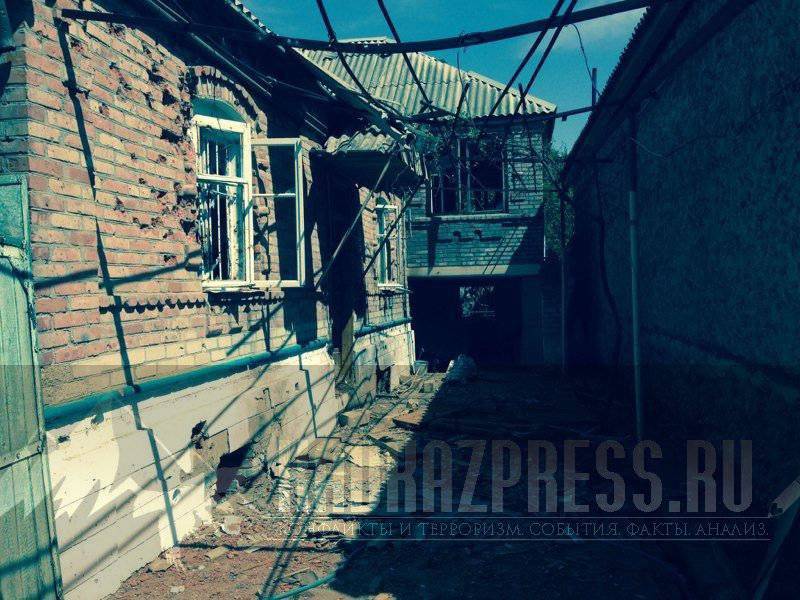 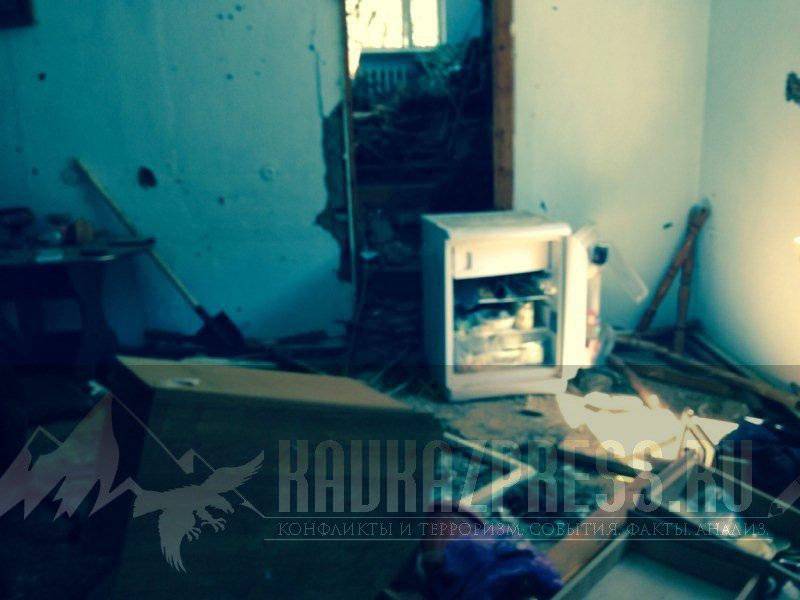 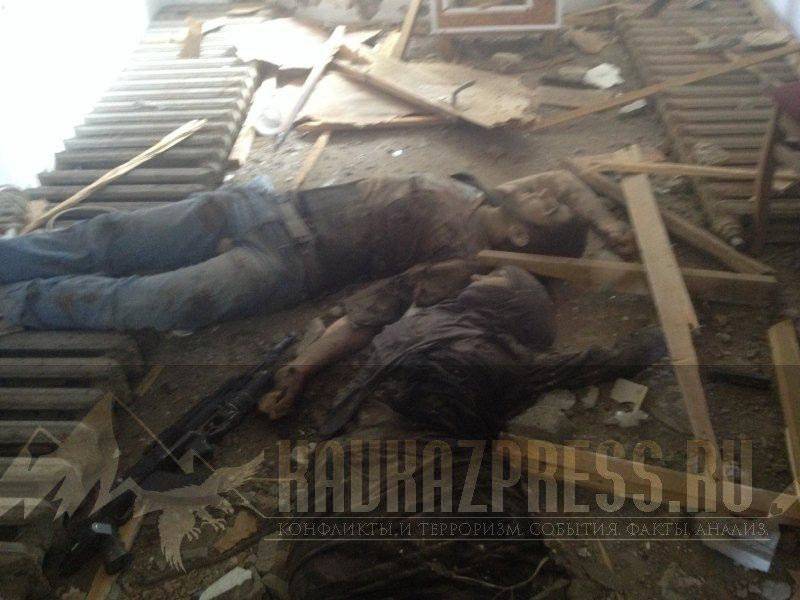 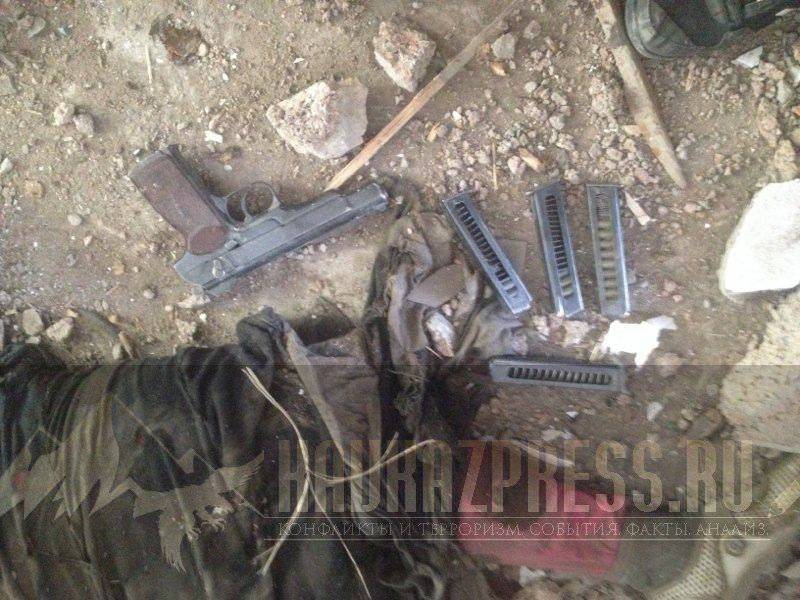 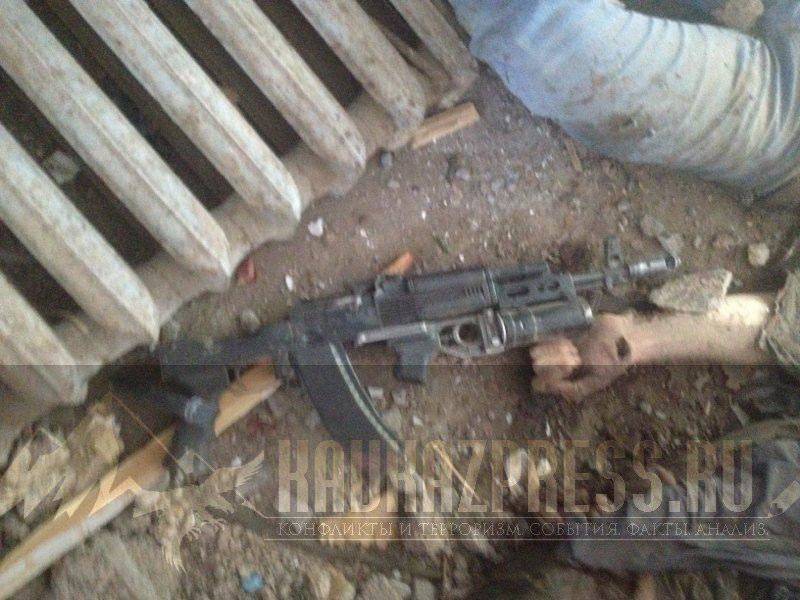 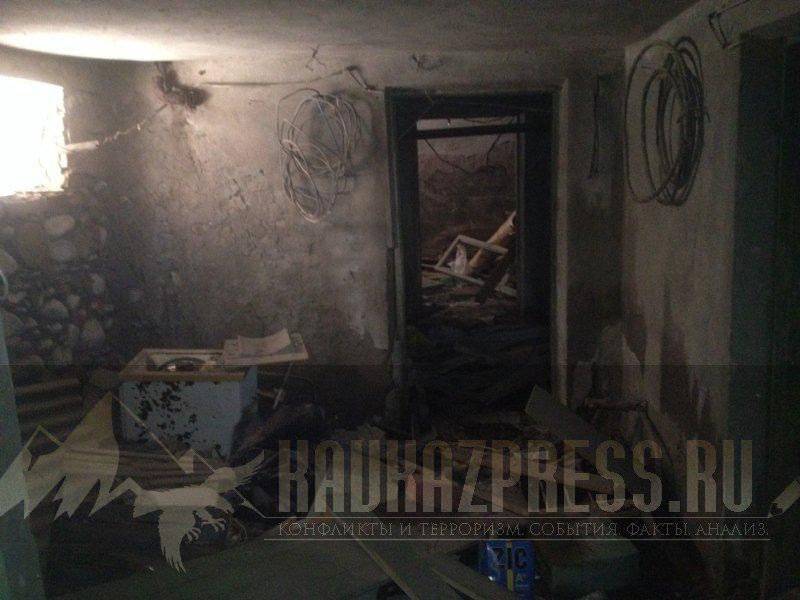 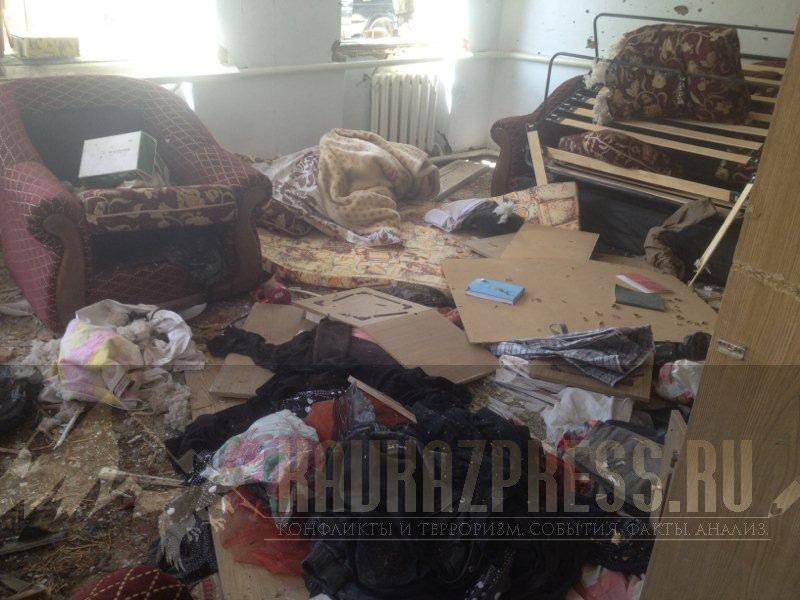 Already after the completion of the active phase of the special operation, when the explosives inspected the room, three cowed up cows appeared, invitingly hissed “We will show you, we will show everything, inshaalla!”. However, the women looked so wicked, ugly and stupid that the staff politely refused to show "only", which did not promise any positive feelings. New would not have seen anything, but clumsiness and odonisms would certainly have undermined the sensitive psyche of police officers who were not used to such monstrous demonstrations. Only hungry gangster imbeciles with an excess of unrealized gushing hormones, which the wooden hollow is a girlfriend, not to mention gomosyatin, are capable of bringing them to them.

From the address, they pulled out all that was left of the Wahhamraz: AK-74 submachine gun with partly stuffed shops, with the GP-25 grenade launcher, and the APS with 4 equipped curb holders. But the 10-liter plastic bucket with explosive mixtures and metal cuts found by explosives of VCA was not pulled out: nobody needed it. Therefore, the bucket was disarmed by overhead and finished on it.

It should be noted that the bucket and its deadly filling, as established, turned out to be “from one nest” with those found at other addresses. Apparently, the Wahhabi trash centrally, at the behest of the sambokshik Kebekov hiding in the burrows, who headed the thinning gang of murderers and homosexuals calling themselves “emirate”, decided to seriously assault on the May holidays, including Victory Day.