What happened to journalism? 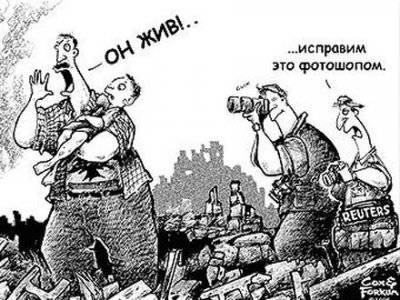 All the way, since the beginning of the events on the Independence Square in November of 2013, I was interested in the idea of ​​a too noticeable difference in the coverage of what is happening in Kiev by the mass media. And then in Ukraine as a whole.


It is not a secret for anyone today that we, mere mortals, learn about almost everything that happens in the world from the media, of which there are not so many types: print publications, television and radio, the Internet.

And so it seemed that it was easier to comment on the protest actions in the center of Kiev, to clarify, so to speak, the motives that brought the residents of the capital of Ukraine and the cities and towns from Uzhgorod to Donetsk to Sumy 2.0, from Sumy to Simferopol.

But already at this, the initial stage, a serious discrepancy of the coverage of events began. That is, there was a division of the inhabitants of Ukraine into supporters of Maidan and anti-Maidan. Moreover, it was noticeable that the former are larger in terms of quantity than the latter.

Without going into the analysis of the reasons that led first to the Maidan, and then to human deaths that reached the peak of 20 and 21 in February of 2014, as well as to the question of the legitimacy of the latter-day Kiev leadership, nevertheless, you begin to think that the sacrifices made on the way to the emergence of “European democracy”, they turned out to be sacred: the fighters burnt alive “Berkut” and the Ukrainian Air Force became a prologue to future tragedies.

The main thing. How did it happen that the seriously wounded civil servants who defended the buildings of the state complex of the Ukrainian government, who fell into oblivion into the hands of aggressive attackers, were declared prisoners of war without any constraint or remorse?

As advocates of freedom and democratic values, the fight against corruption, human rights activists could come to power under the flags and slogans of ultra-nationalists, while acting with methods that are contrary to their own statements and the Constitution and the Criminal Code?

How did the people of Kiev and the people of Kiev bring the pavement to the Right Sector fighters and Maidan hundreds, help to pour gasoline into bottles, supply home supplies for those who literally killed compatriots who were just dressed differently and standing on the other side of the barricade?

Then I did not find an answer for myself.

And then the horror came ...

The Ukrainian army, consisting of citizens of Ukraine, yesterday forgotten and demoralized, abandoned and impoverished, watched the lawlessness of national radicals in lack of will, suddenly remembered that it was obliged to protect someone. Only she did not remember - whose people and from whom. And it did not become clear to whom this army swore. And here Mordor and Saruman come to mind. No more.

Because the army cannot destroy its people, the citizens of their country, only because these citizens have a different opinion about the group of people who came to power, who call themselves the leadership of this country. Because the task of the army is to protect the state and the people living in this state from external aggression, from foreign encroachment.

But the junta decided otherwise. And today the civil war in the Donbass is a fact accomplished, a fact, sadly painful.

And suddenly there were good people. From there. From the countries advocating democracy, tolerance for LGBT communities, supporters of juvenile justice and children's Barnevar-Gestapo. From there, where it is considered that the notorious freedom of speech is observed only there, to the west of the present lands of Ukraine, Belarus and Russia. Where has become a popular occupation of compiling ratings of countries in which human rights are respected, and in which not so much. Of those countries where human life is declared the highest value. Especially if this life belongs to supporters of sexual minorities.

Unfortunately, the value of human life in Ukraine was devalued on Maidan. It was there, on the Square of Nezalezhnosti, that it turned out that the lives of the Berkutovtsy and employees of the explosives are suitable only for kindling the internal conflict. It is intraterritorial, not domestic. Since after 21.02.2014 Ukraine has ceased to exist as a state. The state can not allow such a tragedy as Odessa Khatyn. Such even in today's Somalia is difficult to imagine. But I recall Guatemala with its 80 's death squads of the last century.

It was the tragedy in Odessa, when supporters of federalization, without being embarrassed, and in addition shooting on webcams online, killed, maimed, burned alive, turned out to be the marker when the goals and methods of the Kiev junta became finally clear.

The deadly drama in the House of Trade Unions was left without proper attention of the “progressive” society, its mass media. Only "aggressive" Russia called what happened with its name. That Russia, which is defamed in foreign editions (and not only in foreign ones), starting with the pre-Olympic Sochi. That Russia, which, in fact, brought the Crimea out of the fatal blow of the supporters of "united Ukraine".

Today, the peak of defamation on the pages of the Western media is overwhelming beyond reason. "Curved mirror" display of reality works in the afterburner mode. But this paradox has an explanation.

Honest journalism today is not in high esteem. Honest journalism is poorly paid, since the circulation of publications, and, consequently, income, depends on the amount of advertising placed on the pages and on the air of the media. Well, and from the "fried" facts, mostly yellow.

Being honest today is dangerous. Historywhat happened to the editor-in-chief of the Guardian, is a confirmation of this. British secret services conducted a punitive action, and as a result, the creator of "WikiLeaks" Julian Assange was in "civil self-incrimination" in the Ecuadorian embassy in London. And not a single “progressive” publication no longer wants to be accused of espionage.

But this with the “workers of the pen” did not happen today or immediately.

It all started long before 11.09.2001. And the tragedy with the "Islamic terrorists" happened exactly when it was required. And the coverage of the “terrorist attack” was carried out precisely by those TV channels that were assigned a special role. And somehow “accidentally” it turned out that the main characters on Fox News, NBC, CNN and other major US TV channels were relatives or “close people” from the State Department, the CIA and the FBI, the NSA in the end.

As a result, after the adoption of "draconian laws" in the name of ensuring the safety of citizens of the United States and the country as a whole, honest journalism has moved into the category of extreme sports. And “right” journalism “surfaced”, which debuted much earlier, in Yugoslavia in 1992. And in the future, only "gained weight."

The process of covering the events in South Ossetia in August of 2008 brought its poisonous fruit. The experience of “fair presentation of facts” on the territory of the former USSR was tested. Customer orders were made.

Since the USA has recently declared one or another territory of the globe “a zone of its vital interests,” it is not surprising that Ukraine has entered this zone today. The verb "got" can and should be read in the literal and figurative sense. Like the word "zone".

The only thing that is puzzling is the question of the selectivity of ensuring the safety of citizens on the territory of Ukraine. Well, with those Americans who guard the embassy in Kiev, everything is clear - the service. But with those who "rented" an entire floor in the Office of the SBU - somehow not quite. Whether on a guided tour, or a residence permit, or whether refugees were forced. One confuses - the head of the CIA arrives in Kiev as a job. And they say that the door to the Security Service of Ukraine opens, as they say, "from the foot." But there everything is correct. And in general - pro-American Ukrainians do not exist in nature.

But now the citizens of Ukraine are divided into correct and not very. Not very much - these are not very sorry. It is not a pity to burn on Independence and in the House of Trade Unions; it is not a pity to shoot from the PKT, when these not-so-right residents block the road with the right people from the National Guard, Right Sector and Self-Defense Forces in the whole village. To speed up and simplify the process (so that the sight did not get off because of trembling hands), the wrong citizens were called pro-Russian terrorists. Although Minister in. British affairs suggested that it was even simpler - like “why get dirty, let's call Russian - it's easier and clearer ...” And you shouldn’t bother with test tubes with “white powder” at the parliament session. The statements made by Obama, Kerry, Merkel, Ashton and other representatives and leaders of countries and organizations of the “free world” do not differ in special delights ...

When state leaders openly and purposefully bursh (do not lie, namely, burst) into the microphones and cameras of the "right journalists" of leading news agencies and companies, when the "mouthpieces of truth" and "impartial journalism" spread this dangerous mix of lies and schizophrenic nonsense and on the air of their publications as true truth, the names Hemingueu and Saint-Exupery are asked to be canonized. And the subtitles of many western publications lack the slogan “Long live the dictatorship of the union of the workers of the pen and the sword!”, “Imperialists of all countries, unite!” The propaganda minister of the Third Reich can be pleased - his students have surpassed their guru.

The printed word today will be stronger than any other ammunition. Today, an "honest journalist" can be equated with a saboteur. Today, popular Internet publications, newspapers and television channels are more effective than the armies of some European countries ...

In the Middle Ages, in the era of the beginning of mass printing, the church declared that “the devil is contained in printing ink” ...

The time has passed. And the expression “In many knowledge many sorrows” can be interpreted in a completely different perspective. And God forbid, that would not be in the apocalyptic ...

PS I love to read and re-read the books of S. Lukyanenko. I can not call him a visionary, but the plots of his “Fake Mirrors”, “Stars - Cold Toys” come to our life ... 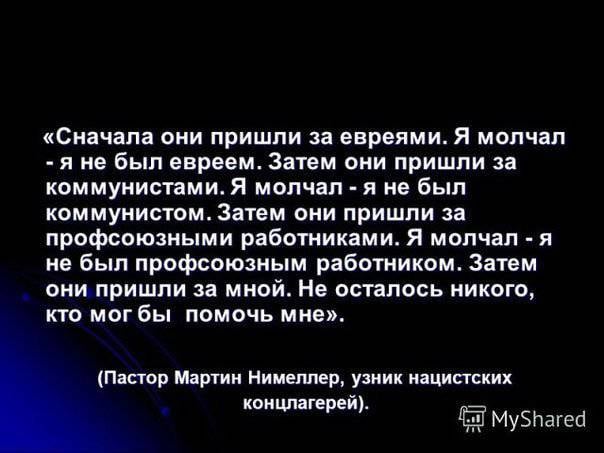