Natalia Narochnitskaya: Victory is a stronghold of our national identity 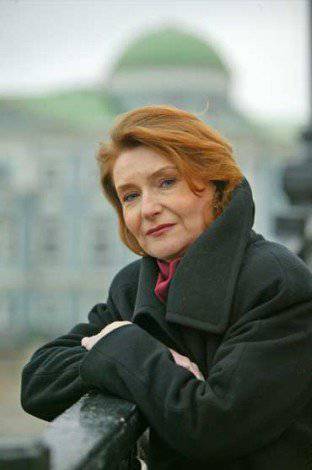 - Natalia Alekseevna, it is well known that you are the author of many fundamental works, as well as a small, but bright and concentrated book “For what and with whom did we fight?”, Dedicated to the Victory in the Great Patriotic War. What is victory for you?


- Victory in the Great Patriotic War is the greatest achievement and deed of our people. After all, the combined power of almost the whole of Europe was brought down on us. And we did not just win! We once again “redeemed Europe with freedom, honor and peace with our blood”, as Pushkin pointed out to Europe about the victory over Napoleon, we “did not recognize the arrogant will of those before whom you trembled”, we plunged the evil over the kingdoms into the abyss. The West cannot survive the fact that it was precisely the alien Russia that they disliked, which they always portray as a dead end of civilization, saved their civilization and their democracy! For us, the Victory has become a stronghold of our national identity. Therefore, our jealous opponents do not stop periodic campaigns in order to debunk our victory, to raise doubts in ourselves. Vain attempts. Disputes about whether our state was bad or good (and perhaps there are sinless states?) Are irrelevant, because the trouble happened not with the state-political institution, always sinful and imperfect, but with the Fatherland! And it is an eternal and immutable value.

Our two pillars are our great Victory and our Orthodox faith, and our enemies, especially the internal haters of Russia, are straining against them, spewing dirt. My mother was a partisan during the Great Patriotic War, and my grandfather on the line of my mother was a full Georges cavalier, an ensign of the Russian army. Both mother and grandfather fought the same Fatherland, although the states were different, and there were different claims against them. The grandson of Lev Nikolaevich Tolstoy, Nikita Ilyich Tolstoy, told me that during the war, emigration in Belgrade was divided into defeatists and defencists. So, the defencists, who wanted the victory of the Red Army, were in the majority, while the defeatists were only 15 percent. It is known that Sergei Rakhmaninov and Anton Denikin, who lost their homeland because of the revolution, who hated Bolshevism, also wished the victory of the Red Army, because Russia in any guise, in any form remained for them the Motherland. Is this not the height of national identity? So - betray it? Never, ever!

- Today a lot is said about the Russian idea. What is she in your understanding?

- The Russian idea has never been a program intended for proclamation point by point. The Russian idea is a unique and elusive combination of our ideas about the eternal and the earthly, our traditions and, above all, the spiritual and the concept of the ideal. The Russian culture has preserved the ideal of holiness and disintegration as a standard, despite our specific sins and the sharp contradiction recognized by us between this ideal and our life. But the ideal is alive, not renounced. Hence the veneration of Seraphim of Sarov, Xenia of Petersburg ...

We belong to a common Christian culture. But the West, especially its Protestant part, embodied on a blank slate in Puritan America, abandoned the ideals of the Sermon on the Mount, recognizing that the world is sinful and one must somehow rationally live in it, of course, trying to be as good as possible. In American culture, wealth is a sign of God's mercy, they say, God already on earth rewards the righteous (Something does not go well with the Sermon on the Mount), then the Russians have not abandoned their ideals.

Ctrl Enter
Noticed oshЫbku Highlight text and press. Ctrl + Enter
We are
What you didn't want to know about EnglandPushkin about liberalism
Military Reviewin Yandex News
Military Reviewin Google News
33 comments
Information
Dear reader, to leave comments on the publication, you must sign in.