From news to propaganda

12 May 2014
26
History with the transition of a very specific broadcasting company "Voice of America" ​​to enhanced propaganda has Ukrainian roots. After all, the new round of the “cold war” that the United States did not stop waging against Russia even under the guise of a “reset” is connected with the Kiev “euromaidan”. 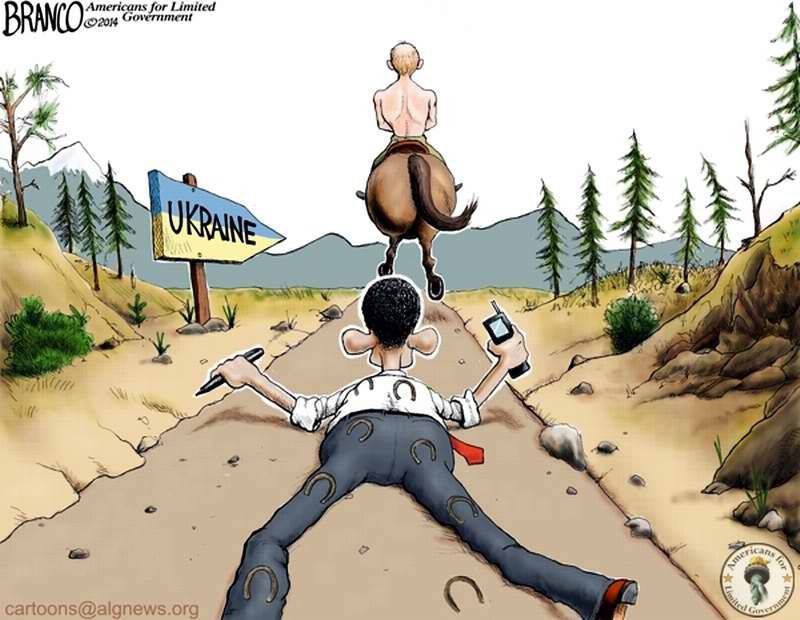 The famous February "fact" of the State Department lady Victoria Nuland allowed Moscow to accuse Washington of financing the "euromaidan". Presidential adviser Glazyev even cited the figure: according to him, the US is spending 20 millions of dollars a week to finance the Ukrainian opposition, at the same time trying to blackmail Viktor Yanukovych and intimidate Ukrainian businessmen. “There is also information that militants are instructing in the territory of the American embassy that they are armed. Of course, this is unacceptable, it is necessary to deal with this ", - сказал Comrade Glazyev. In the White House it was decided that the Russians had organized a leak of a telephone conversation with the “fakom”.

With the transition of the Crimea to Russia, the information confrontation between the United States and the Russian Federation only intensified. It could not be otherwise. After all, the West in its entirety believes that Russia "annexed" the Crimea, and the results of the referendum were rigged. Yes, and a vote took place "under the trunks of machine guns."

Golos itself believes that termination of a contract is nothing more than pressure on freedom of speech. And, for example, the channel “Russia Today” in the United States is broadcast freely.

In response, Voice of America, and with it Radio Liberty, said they would increase the volume of broadcasts in the Crimea.

Dmitry Kiselyov, who “blocked the oxygen” to Golos, told the Nezavisimaya Gazeta correspondent that “he is not obliged to assist this radio station on Russian territory”.

“These are boring, mournful state radio stations, uncritical with respect to the United States,” Kiselev said, referring to Voice of America and Freedom. - I perceive these stations on our frequencies as spam. So what happened is an act of informational hygiene. It has nothing to do with freedom of speech, the Voice of America and Freedom do not say anything original. This dregs with us and so in bulk. "

Experts have already called these events an information war. “The Russian authorities perceive the West and the Western media not only as competitors, but as enemies,” Alexey Makarkin, deputy general director of the Center for Political Technologies, told Nezavisimaya Gazeta.

Meanwhile, “Voice” and “Freedom” are not lucky in America itself.

As reported "Russian newspaper", budget cuts in the United States reached the articles on the costs of promoting American values ​​abroad. The 2014 promotional year budget will lose only 25 million dollars in fiscal year. This is not so much, but this is also symptomatic. Propagandists will not work better because they pay less.

The Council of Foreign Governors is responsible for disseminating foreign policy information abroad in the United States. This is a federal agency whose goal is to “inform, interact and unite people around the world in support of freedom and democracy.” Through such information allegedly supported the national interests of the United States.

These interests are maintained in the 61 language. A number of media involved in these events, said "WG", is entirely funded by the US government. These include, among others, the Voice of America, Radio Liberty / Free Europe.

However, at the end of April 2014, the US congressmen decided that it was time to strike propaganda in Moscow.

According to the magazine "Foreign Policy" (translation - "InoTV"), influential congressmen proposed to oblige the media abroad, such as Voice of America, to follow the “political course” of Washington. This means a possible impact on editorial independence.

According to the bill, the statutory documents of Golos should spell out the role of the radio station in promoting the “public diplomacy” of the United States and the “political course” of the American authorities. “The time has come for broad reforms. Now, more than ever, the United States should increase the effectiveness of international information broadcasting, ”said Republican Ed Royce, head of the House of Representatives’s foreign affairs committee.

The bill also implies the reorganization of the Broadcasting Council. The Council now consists of a group of independent persons, for whom the duties of the members of the Council are only an addition to their main work. If the bill is passed, the permanent position of the head of the agency with full-time work will be introduced.

In short, Kiselev will appear in the United States.

The congressmen envisaged the consolidation of other broadcasters aimed at foreign audiences (Free Europe / Freedom, Free Asia and the Middle Eastern Broadcasting Network). They are likely to merge into a single non-federal organization.

In short, this is the American version of the Russia Today MIA.

As a result, we come to the conclusion that the shaft of propaganda in the world will grow like a snowball rushing from a high mountain. About objective filing News, which has almost disappeared from the radio, television and from the pages of newspapers, you will probably have to forget. To understand the murky stream of mounted, embellished, edited, one-sided and clumsy articles, the inexperienced reader will have to work hard. One source to get more or less accurate information is not enough today; you need three, four or more. Something will be tomorrow? ..

From this point of view, the closure of the Voice of America broadcasting in Russia, which aimed to promote dubious American values, may look reasonable. The Russians have already eaten these values ​​for the most I can not.

On the other hand, Kiselev himself was convicted of propaganda. Russian Public Collegium on Press Complaints found in the February story of the program "News of the Week" signs of propaganda. Members of the college recognized the video “Ukrainian Chamber”, dedicated to the protests on “euromaidan” in Kiev, “fitting life to a propaganda“ block ”. The plot is characterized by “insulting low quality” and is designed for “promiscuity, undemanding and omnivorous nature of the information dependent part of Russian society”. The replicas of Kiselev himself, which were heard during the plot, were called by the panel “installation generalizations”.

And that's what says Kiselev himself:

“The question is how to position ourselves as a state news agency ... Often, under the slogan of objectivity, we distort the picture and look at our country as someone else’s. It seems to me that this period of distilled, detached journalism is over. I myself professed these principles, you can easily find my statements on the Internet. But I have gone through a certain internal evolution, which could be conveyed by the words of the English proverb that a person who was not a rebel in his youth has no heart. And a man who did not become a conservative when he became more mature - he has no mind. I believe that there is not a single publication in the world that is objective. CNN objectively? Not. BBC objectively? Not. Objectivity is a myth that is offered and imposed on us. Imagine, a young man puts his hand on a girl’s shoulder, at best, and says: “You know, I have long wanted to tell you that I treat you objectively.” Is that what she is waiting for? Well, probably not. ”

So, in the coming weeks we will witness a new information war between the United States and the Russian Federation, which will, obviously, go with the complete elimination of the principle of objectivity from broadcasting. Basically, the war will be fought on the Internet - there and the Voice of America, and Freedom well live.

Readers of news, more precisely, “news”, can be advised to learn how to distinguish a tendentious presentation of material from a detached (objective) one. The latter is characterized by attention to facts, and not to their interpretation and pushing the public to certain conclusions.

Observed and commented on Oleg Chuvakin
- especially for topwar.ru
Ctrl Enter
Noticed oshЫbku Highlight text and press. Ctrl + Enter
We are
Results of the week. "This is not for you ..."Geopolitical mosaic: the Chinese decided to help the Russians defend the Kuriles, Victoria Nuland sent the European Union to “f”, and Obama announced that Putin respects him
Military Reviewin Yandex News
Military Reviewin Google News
26 comments
Information
Dear reader, to leave comments on the publication, you must sign in.