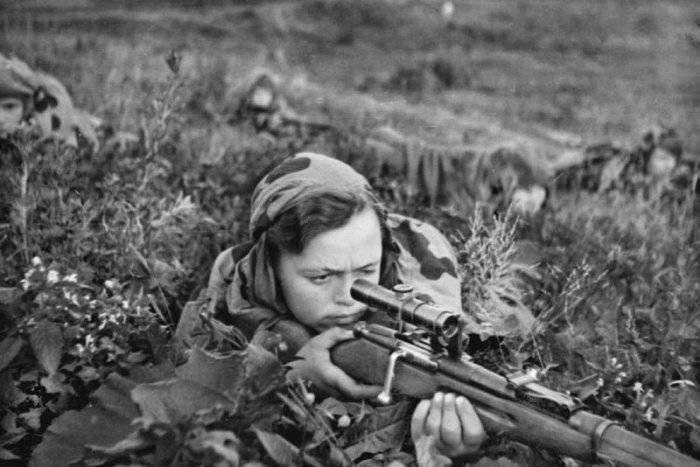 They say that in life such strange things happen that no imagination can come up with such a thing. Totally agree with that. Here you are, for example, such a vital "anecdote."

In the “good old” seventies, a grandmother lived in a small provincial district. Grandmother, like a grandmother, polished a vegetable garden, naughty with her grandchildren, stood in line for all kinds of shortages. Only few people knew that in the war that sweet old woman was a sniper, rose to the rank of senior sergeant and for a keen eye and a firm hand received a nominal sniper rifle - then similar awards were in use. And the rifle was still 30-s of release, with a nut box and with optics of the German company "Zeiss" - we were friends with the Germans at that time.

Then, after the Great Victory, all nominal yes award weapon Vigilant "internal organs" were quickly picked up by the front-line soldiers, and our grandmother put her "vintar" brought from the front into the cabinet, so she forgot about it. Or maybe she did not forget, maybe it was just a pity to give sweat and blood earned reward - who knows. But only an excellent sniper rifle "sample 1891 fraction 30-r." gathering dust quietly in the corner of the closet, behind the old coat. It is interesting that the vigilant NKVD about this trunk somehow forgot, or maybe our “organs” did not know about it - after the war, a lot
arms walked around, you can not see everything. In short - and the old woman is proruha, in the literal and figurative sense.

And now, thirty years after the victory has passed, when suddenly, somehow completely by accident, the amazing news of what is stored in the old cupboard, has leaked out of the grandmother’s house in an unknown way. How did it happen - as they say история is silent. Whether the grandmother-sniper herself lost her vigilance and blurted out the neighbors, or her leisurely grandchildren started playing hide and seek in the closet and came across a strange thing — we don't know about that. But it is authentically known that in a wonderful summer evening, at an hour of uncommonly hot sunset, a certain very pleasant young man knocked at the gate of the grandmother who introduced himself as a junior researcher of the local history museum. And this nice young man began to pour balm on the wounds of the former senior sergeant and noble sniper - they say, we are doing in our museum a new exhibition dedicated to the fellow countrymen, so I would like to put something there about you. It is necessary for the younger generation to know about the heroic deeds of their ancestors!

The grandmother, of course, melted, sat down the dear guest at the place of honor, drank tea with buns, and then pulled out the cherished secret and the reserved quarter. Stories about the youth of war, and even warmed up in a pile or two - then whoever you want will turn into a corkscrew. Granny couldn't resist, brought a dusty rifle with a tarnished plate on the butt, where it was written that Senior Sergeant Zyukina was rewarded by the command for having personally destroyed the German fascist soldiers and officers 148.

The guest, in turn, politely wondered, and then take and suggest: let us include your weapon in the exposition as well, it’s like an order, you should be proud of this, not hide it from people. We, he says, only for the time while the exposition will work, and then we will return, of course, we, they say, do not need someone else's.

Well, how can you resist such arguments? Senior Sergeant Zyukina still, perhaps, would have stood against the temptation, but grandmother Masha could not. They say that intelligent people say that the sin of vanity is inherent in everyone, and he does not bring it to good!

The next morning, a pleasant junior researcher rolled in a black "Volga" with a sign "Museum" on the glass. Behind this, he perked up a receipt, made her grandmother sign it, carefully loaded the precious rifle into the trunk, made a pen as a farewell - and left.

For several days, Grandma Masha fastened herself (oh, a sin of vanity!), But then she could not resist and went to the museum to look at the stand about her frontline youth. Looking - and there is no stand. She - to the director, and that eye on the forehead:
our employee? Your rifle? Exposure?
Then the director, as they say now, cleared the piece and started calling the police. While he was talking about his grandmother, and interpreting the non-existing stand, the police laughed restrainedly, but when it came to the rifle, the peasants didn’t feel like laughing. Instantly reported to the head of the police department. He smoked, ate validol, drank a glass of vodka and, in turn, began to call the KGB - in such things it is always better to err.

The KGB then also received money for good reason - in no time they realized what was happening - a sniper, a combat, a telescopic sight and a range of combat up to a kilometer - this is not a joke. Have you guys already forgotten about Kennedy? And if we have homegrown Oswald turned up here? But if he goes to Moscow with this damn rifle, will he make a revolution ?! Maybe he does not give Savinkov laurels peace! In short, trumpet, trumpeter, the general collection !!!

And then it began! They came from the center of all sorts of commissions and checks — like mud — they still catch the villain. and the guilty one must be thrust under the ax today.
The switchmen, as usual, turned out to be extreme: Grandma Masha - as illegally hiding military weapons to be surrendered, and the local precinct - for having wound up the terrorists in his precinct, but he did not wipe them out in time.

While we were looking for the last ones, we tried to catch the intruder between times. First, they found a “museum” car - it had been registered in the hijacking since half a year. Then the museum workers began to shake - from where, they say, did you know a villain about all your habits? But everywhere, the investigation was waiting for a dead end - what kind of a guy, whence, who told him about the weapon and how did he even seep through the tight cordons of the KGB and the police with a rifle - only question marks. Have you watched the movie "Day of the Jackal"? So, here it was about the same, but adjusted for the national mentality and weather conditions of the Russian province.

In general, the district police officer was dismissed from the party, expelled from the party, and then for a long time was dismissed by all kinds of authorities - until he spat on everything and left for some deaf forestry to work as a huntsman. Man was disappointed in the benefits of Soviet civilization and decided to get closer to nature.

Grandma Masha was almost put in prison for illegal possession of weapons, but then they remembered that the rifle was, after all, an award, because with regard to military merit, we confined ourselves to a severe reprimand along the party line. Yes, she already died in speed, the old woman.

And the police chief in the regional committee was so sanctioned that he then drank a week for vodka, beat the dishes with pleasure, and even quite seriously told his wife that, in his opinion, Grandma Masha was “not the one who shot” in the war.

As for the rifle, it “surfaced” only after many years, in the midst of perestroika, when it was “flooded” with some gangster ace or tuzik. A familiar criminalist who told the whole story said that, apparently, the "sniper" had changed a lot of owners, and she fought in Abkhazia and in Transnistria. Someone perfectly debugged the rifle, hung the barrel "three points", as is customary for snipers, and adjusted the descent. The butt was cut with notches, and on the award plate, which none of the owners for some reason did not bother to remove, the 148 figure was corrected. It was written there - 319. 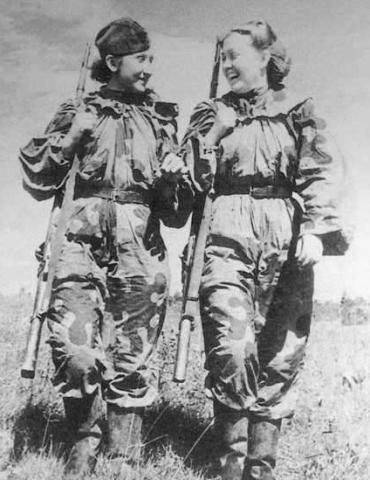 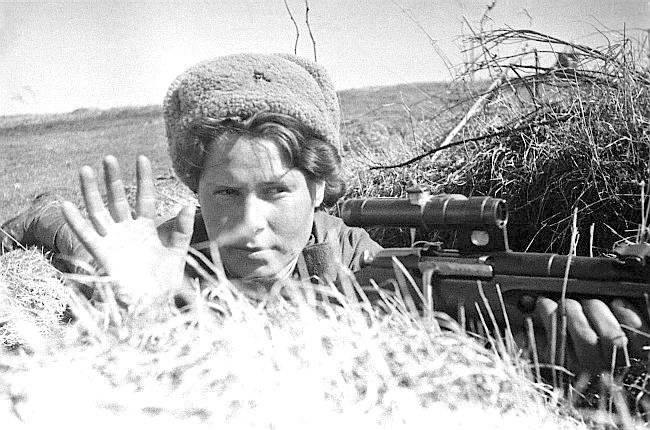 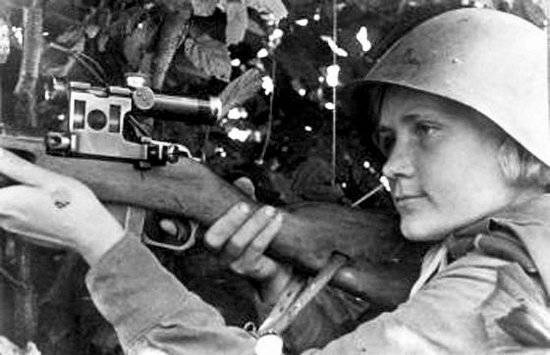