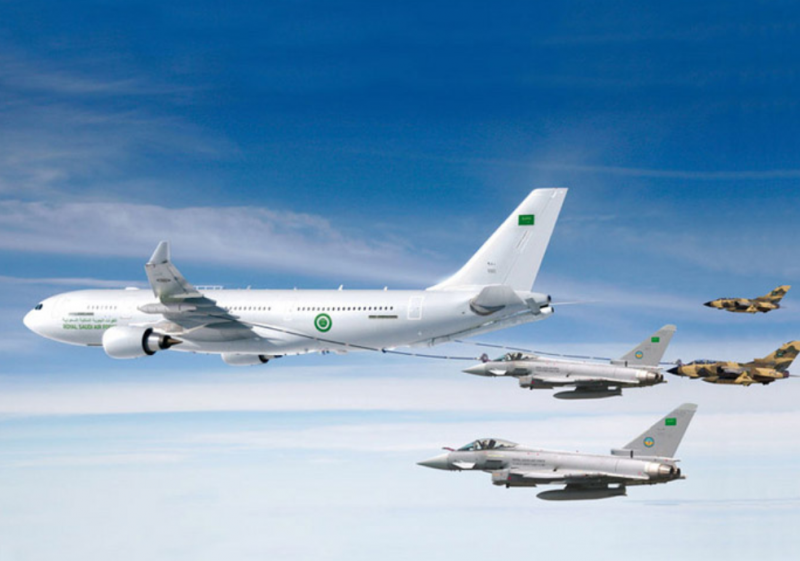 Oil exports are a source of wealth and prosperity of the state. It forms the 75% of the country's revenues. Steadily high revenues from oil exports made it possible to carry out a number of social reforms in the country and create a modern infrastructure.

Saudi Arabia is an absolute monarchy governed by the sons and grandsons of the first king Abdel Aziz. Laws in the kingdom are based on Islamic law, the power of King Abdullah Ibn Abdul Aziz al-Saud of the Saudi dynasty is limited only by Sharia law.

Members of the royal family occupy key leadership positions in the army and the security service. More than 220 000 people serve in the ranks of the armed forces of the kingdom, they are all contract soldiers. Citizens of other countries, mainly instructors and technical specialists, are also involved in the military service.

Saudi Arabia is in the top ten countries in terms of financing the armed forces, currently defense spending exceeds 10% of GDP - about $ 50 billion. For comparison - Russia's military spending in 2013 was $ 69 billion.

Huge financial resources make it possible to purchase in large quantities the most modern weapons of Western-made equipment. As part of the Air Force is about 300 combat aircraft (13 squadrons) and 80 helicopters (part of the combat vehicles are in storage). 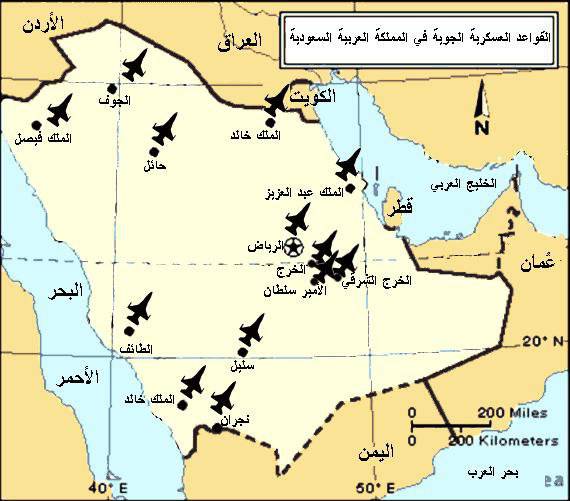 The kingdom has a developed airfield network, including 15 military airfields, including five main air force bases (each of them is headed by a brigadier general who reports directly to the air force commander). The main air bases have a developed aerodrome infrastructure that meets the highest modern requirements, and capital high-security concrete shelters have been built for all existing combat aircraft.

The air force and air defense of Saudi Arabia are the most dynamically developing types of armed forces. The country's leadership regards them as the main shock and deterrent force and has set an ambitious task for them - to become the strongest in the Middle East.

The basis of the Saudi air force is made up of American-made F-15 Eagle heavy fighters of various modifications. F-15 aircraft have been supplied since the beginning of the 80-x. Then the Saudi Air Force got an 84 such fighter. 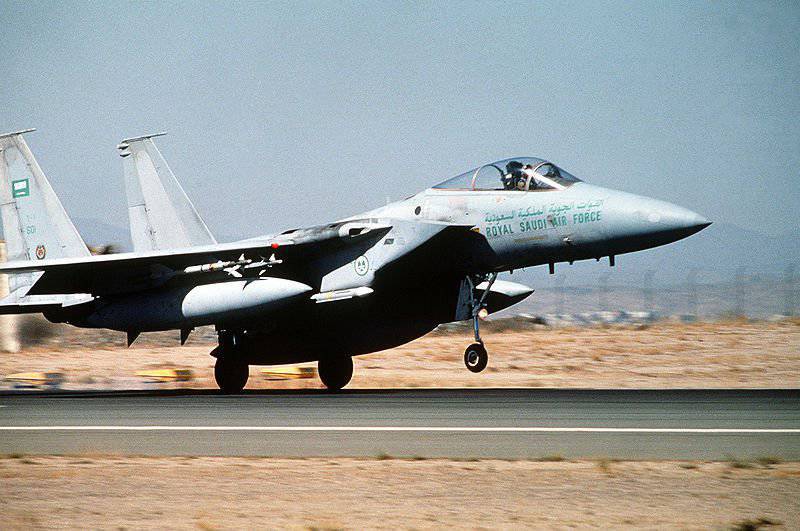 In the 1996-1998, the X-NUMX aircraft of the F-72S modification were additionally delivered. This machine is a slightly simplified version of the F-15E shock, compared with the original version of the Saudi fighter jets were equipped with radar and EW systems with the corresponding F-15C / D. 15 aircraft are optimized for strikes against ground targets, the rest of the 48 was supposed to be used as interceptors. 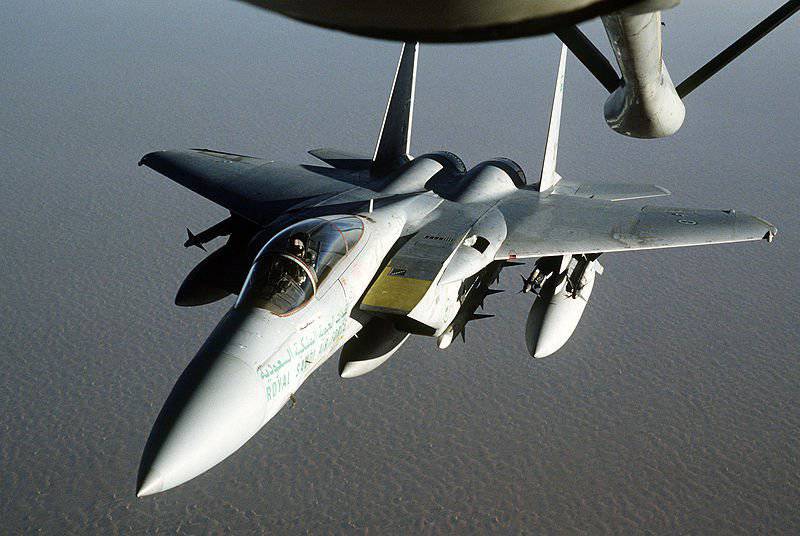 In December, 2011 ordered an additional batch of X-NUMX fighter aircraft of the F-84SA modification in the amount of $ 15 billion. In April, 11,4 signed a contract to upgrade the existing F-2012S Strike Eagle aircraft to F-15SA version for a total of $ 15 million. As a result The Saudi kingdom became the second largest operator of F-410,6 after the USA. 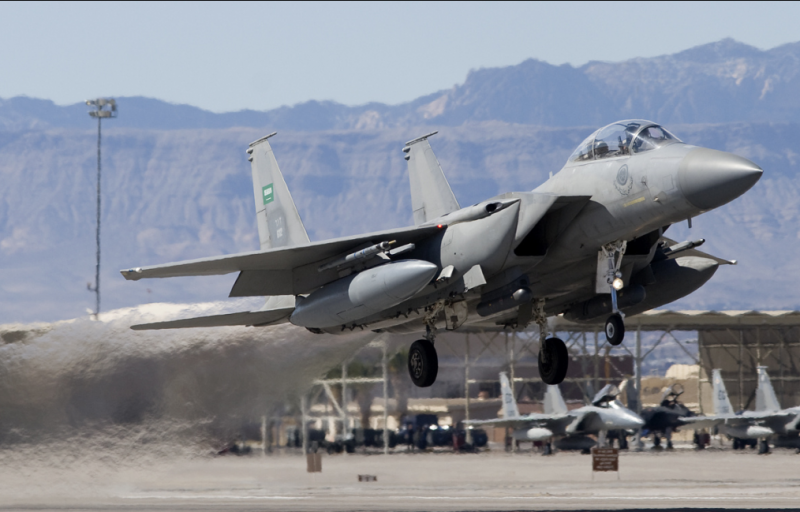 Another type of modern combat aviation The equipment purchased in Europe was the Typhoon fighter manufactured by the consortium Alenia Aeronautica, BAE Systems and EADS. The Saudi Air Force has 32 vehicles of this type. 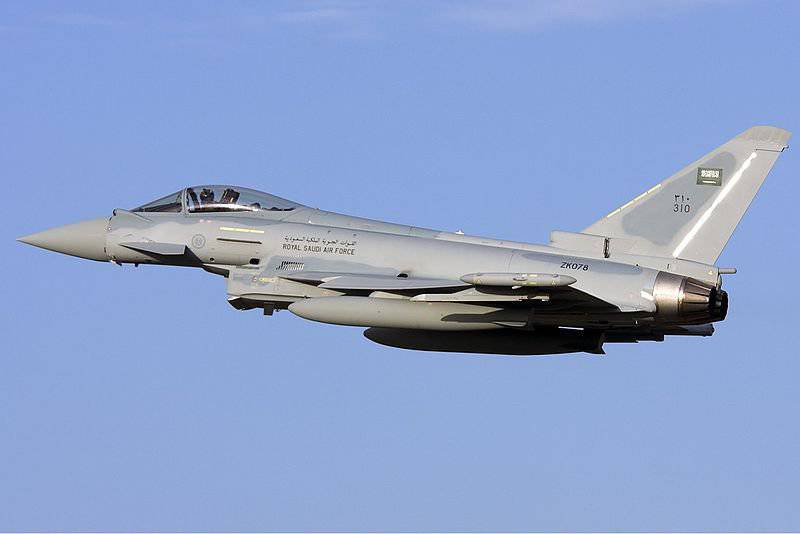 Saudi Arabia has signed an additional contract worth 4,43 billion pounds to supply more 72 aircraft. Under the contract, the organization of the licensed assembly of Eurofighters in the kingdom is supposed "Typhoons" should replace the outdated American light F-5E / F fighter jets that are currently in storage or used for training purposes. 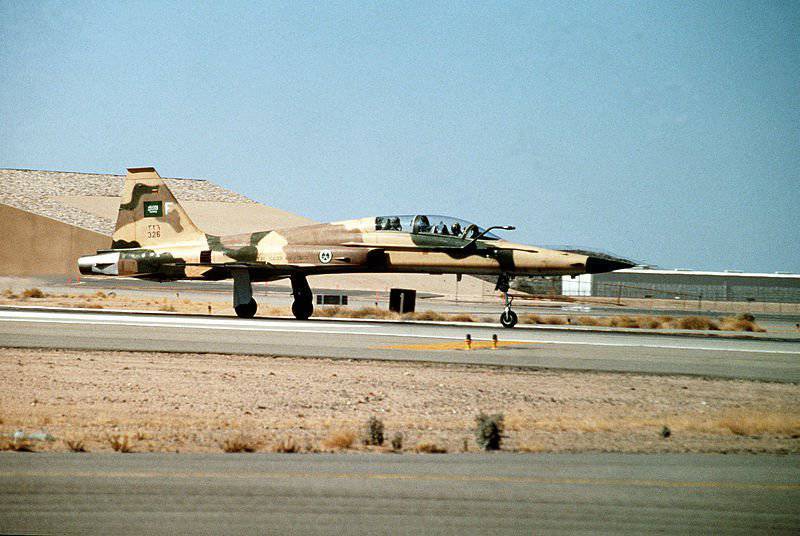 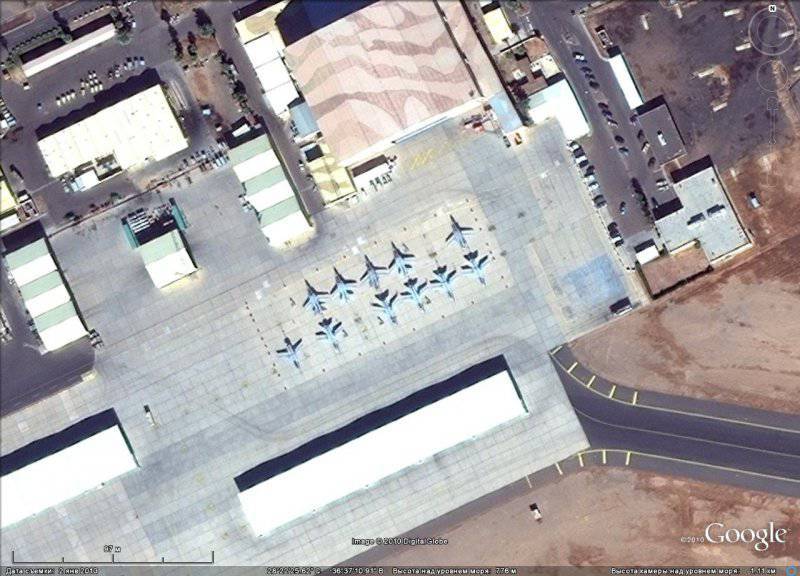 Part of the machines due to the development of the resource removed from service and is in storage. Within the framework of the existing modernization program, it is planned to equip the percussion Tornado with more modern electronic means and weapons. 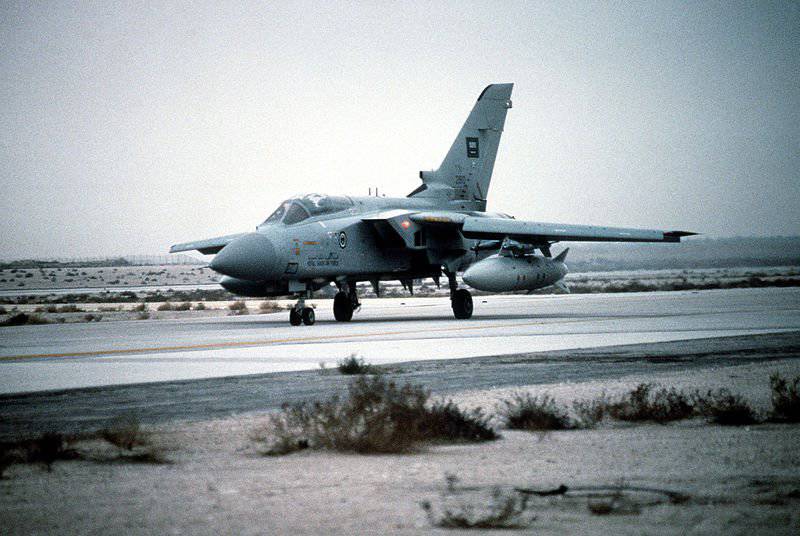 It is assumed that the next 10-15 years these aircraft will remain in service. The remaining in flight condition Tornado F3 interceptors were returned to the UK as a partial payment for the Typhoon fighters delivered. 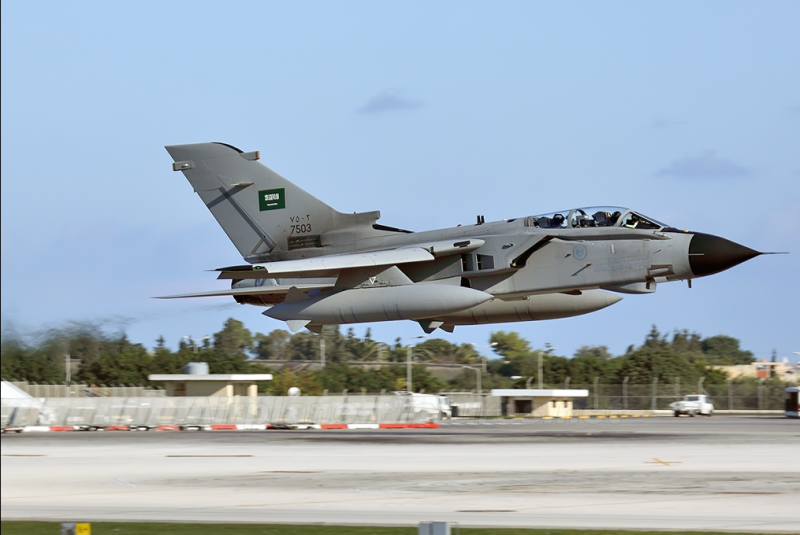 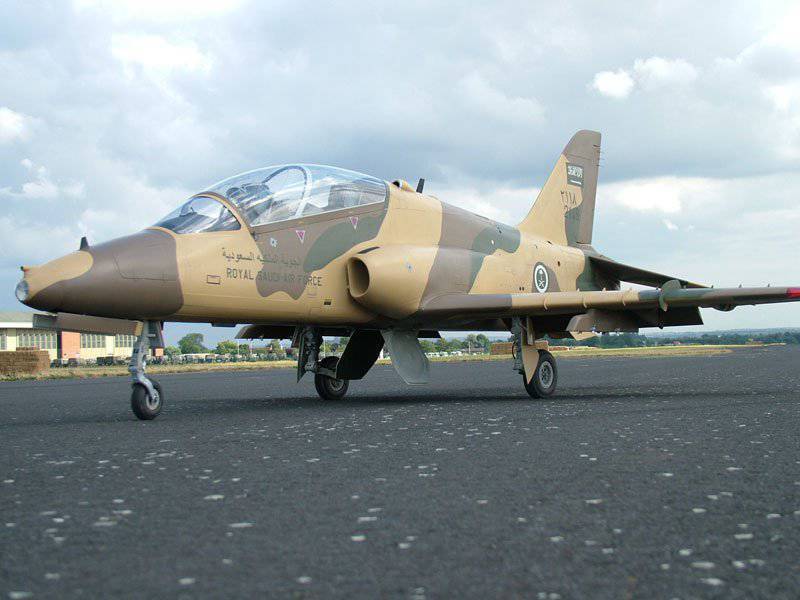 Pilots of the Saudi Hawks aerobatic team fly on the Hawks; they are based at King Faisal Air Force Base (Tabuk). 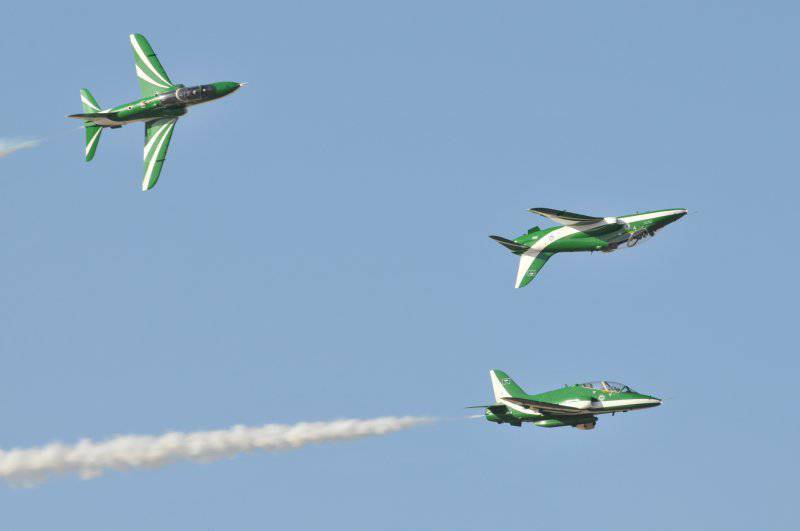 The presence of Saudi Arabian E-3A AWACS aircraft in the Saudi Arabian Air Force takes them to a higher quality level. The first Saudi E-3 was delivered in June 1986 of the year, deliveries of the remaining four E-3 were completed by September 1987 of the year. 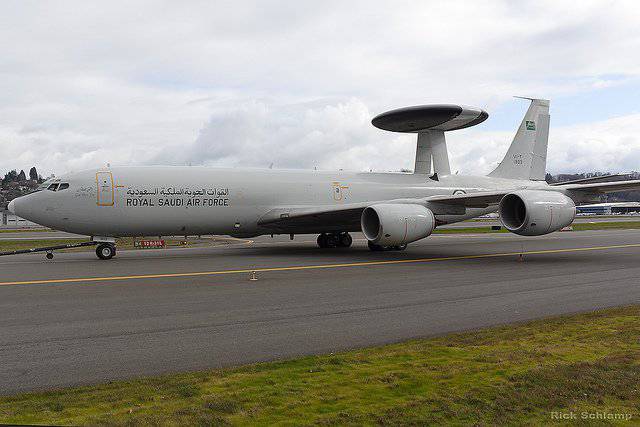 Not a single country in this region has DRLO planes of this class in its Air Force. As part of the Israeli Air Force before 2002, there were “flying radars” of the E-2 “Hokai” which, by their capabilities, were significantly inferior to the AWACS aircraft. Another potential opponent of the Saudis - Shiite Iran formally owns two DRLO airplanes based on Il-76, but their performance is in doubt. 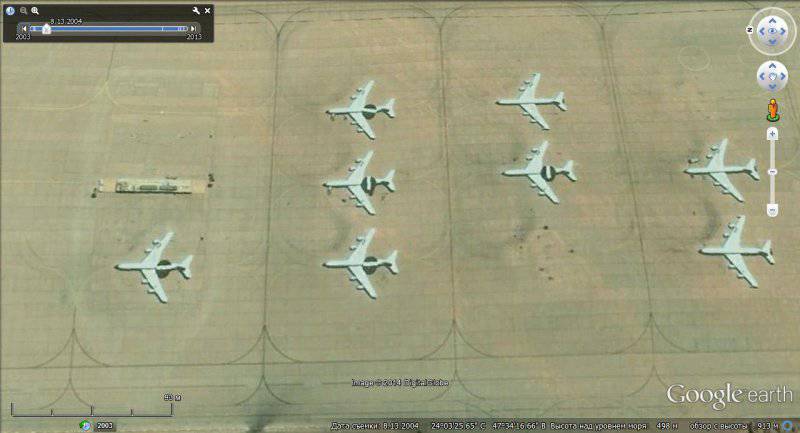 The core of the military transport aviation is more than 40 US military-technical cooperation C-130 Hercules of various modifications, including KN-7H 130 tankers. 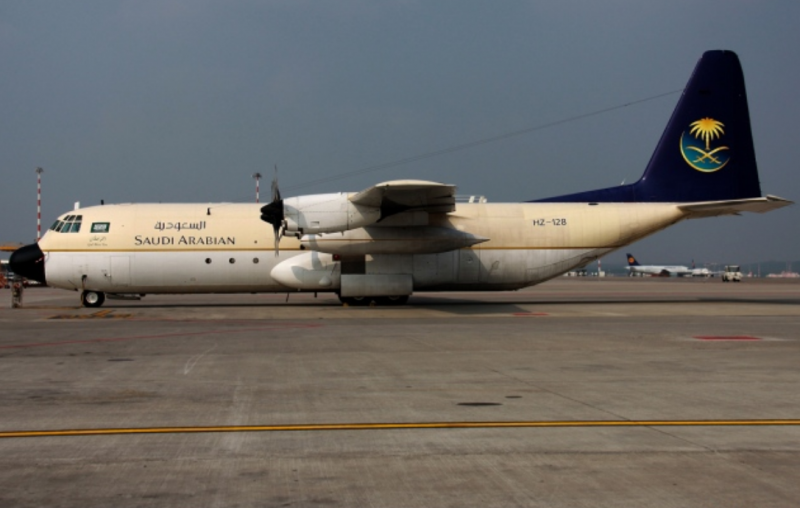 Air defense troops are an independent type of the armed forces of the kingdom. They consist of anti-aircraft missile forces, anti-aircraft artillery and RTV units. In operational subordination of air defense are fighter-interceptors from the Air Force. Organizationally, the air defense forces are consolidated into six air defense districts. These troops are entrusted with the task of covering important administrative, economic, and military facilities: the capital, oil production areas, groups of troops, air force and missile bases. The air defense of Saudi Arabia is the basis of the Shield of Peace air defense system. Basically its creation was completed in 1995 year. 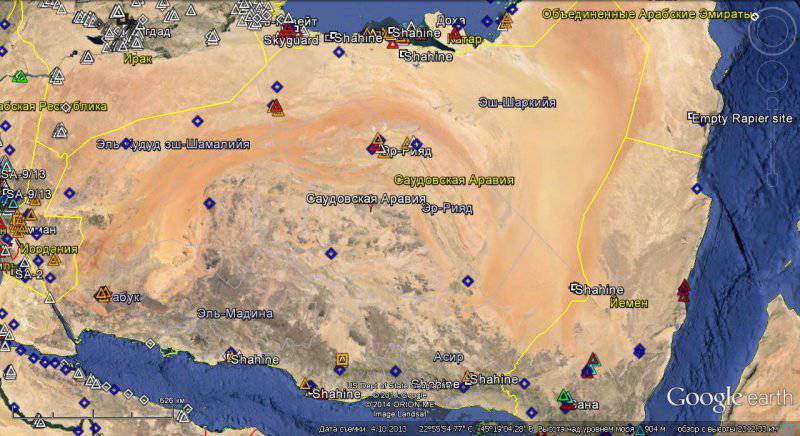 Satellite image of Google Earth: the location of the radar (blue diamonds) and the air defense system (colored triangles) in Saudi Arabia.

“Peace Shield” includes the X / NUMX early warning radar AN / FPS-17, three D-radar systems coupled to the AN / PPS-117 radar and AN / TPS-43 near and medium radius. 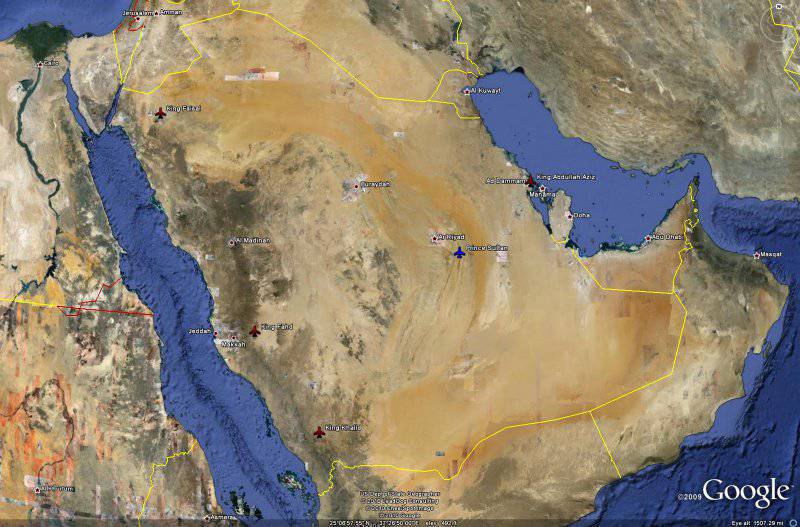 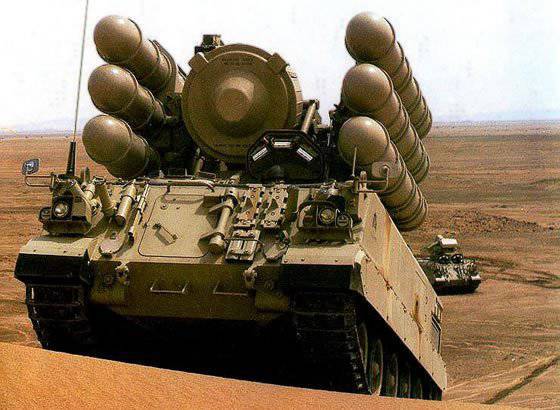 The American Patriot MIM-104 PAC-2 air defense systems are the most modern anti-aircraft complexes of Saudi Arabia. This type of air defense system was deployed in the country during the Desert Storm to protect the American contingent. From 1993, the 21 battery was supplied to the kingdom’s own forces. At the moment, negotiations are underway with the United States on the supply of the Patriot air defense missile system of the PAC-3 modification. 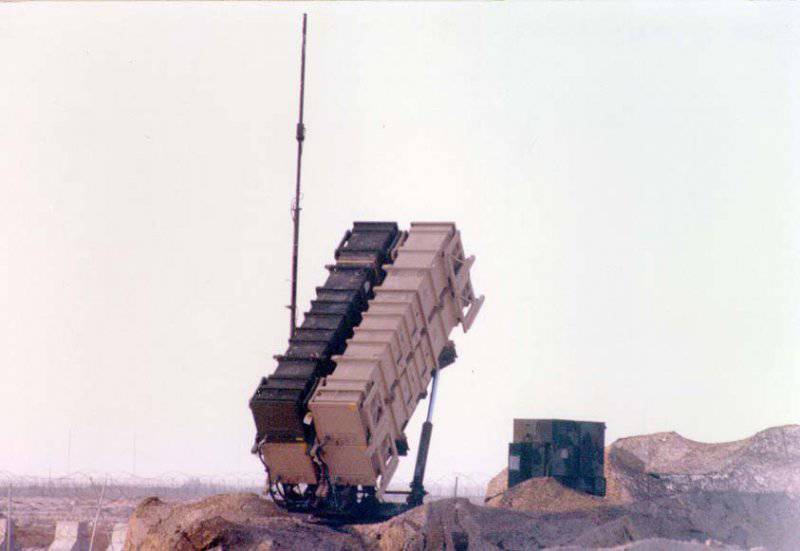 Currently deployed and are on duty on an ongoing basis 11 batteries. In different parts of the country, positions have been prepared for the deployment of air defense missile systems, some of them have high-strength concrete shelters for technical equipment and a bunker for personnel. 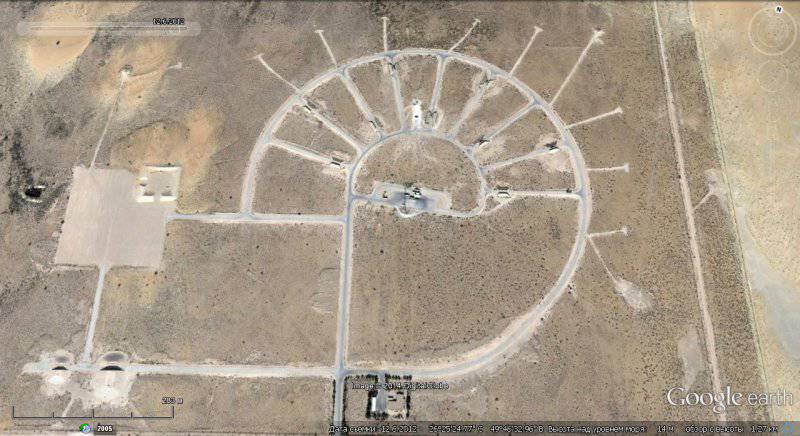 Most of the Patriot batteries are located along the northeast coast, protecting production areas and ports through which oil is exported. 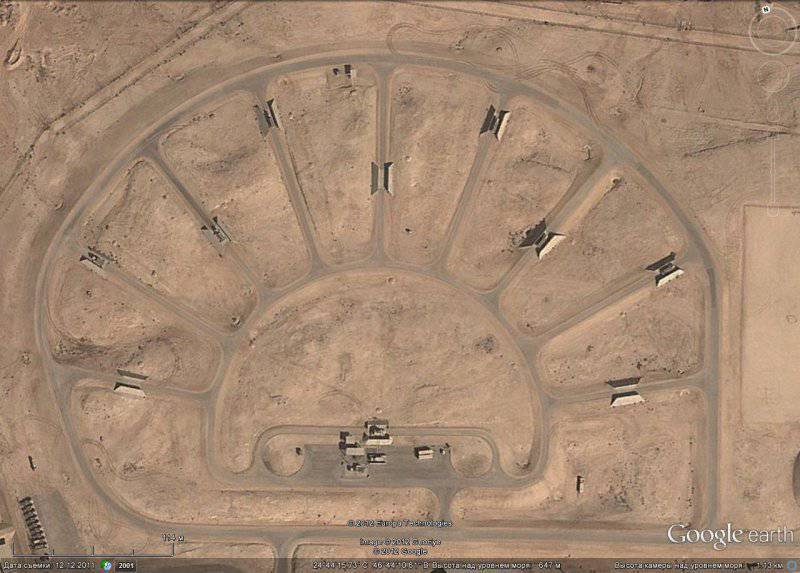 Since the end of 60-s, Saudi Arabia has received the Hawk MIM-23 SAM system, and later an upgraded version of the Advanced Hawk was delivered. Currently 18 batteries deployed. They are mainly deployed in the same areas as the Patriot air defense system.

Modern air forces and air defense systems guarantee, with a high degree of reliability, the protection of key religious, industrial, oil-producing and defense centers. The strike capabilities of the Saudi air forces in the Middle East region are currently inferior only to Israeli aircraft. Given the upcoming upcoming deliveries of modern aircraft from the US and Europe, this gap, if not equal, will be reduced to a minimum. Israelis will only hope for a higher quality training of their pilots.

Saudi Arabia does not hide its ambitions for the role of a regional superpower and leader of the Islamic world. Riyadh has a consistent policy of eliminating potential competitors, such as Syria, Iraq and Iran. Given the growing regional instability, the Saudi ruling dynasty does not spare funds for the construction of a powerful army in the region. Over the past 20 years, the number of Saudi armed forces has more than doubled, while they are equipped with the most modern weapons. Recently, the kingdom is actively conducted research in the field of nuclear energy. In February, 2014 of the year appeared news that Saudi Arabia intends to become a nuclear power. This is quite alarming information, considering that the official religion in Saudi Arabia is Wahhabi Islam.