Listen to the Russian silence 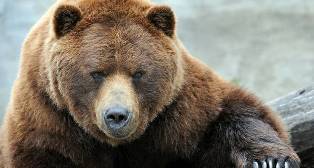 The world is overflowing with calls for Russia. The world calls on the Russians and their president to influence the "pro-Russian separatists" in the South-East of Ukraine. The international community, the Russian intelligentsia, the Ukrainian media class are suffocated by the cry that reminds us of our peacefulness, non-resistance to evil, Leo Tolstoy and Mahatma Gandhi.

That's what we hear day and night.

And at the same time with these appeals, from the very same mouths threats threaten us:

What is heard in response? What do our counterparts hear from the Russian president? What do they hear from our people?

A heavy, unbearable, like pre-storm silence, Russian silence descended on the world.

Molded and dried female tears. The faces of the men just distorted from disgust and anger have smoothed out.

Silence. The sacred Russian silence descended on the world, against which all the shouts, all the appeals, all the waving of banners, zighayli, “death to the enemies” and “glory to Ukraine”, the requirements look especially pitiful and inappropriate - like the drunken requirements of “Murka!” In the conservatory before Performances of the second concerto for piano with the Rachmaninoff orchestra.

The time of this music has passed. There will be no rap, no blues, no rock and roll. They are already inappropriate.

Now the Russian symphony will thunder in the world.

But for now ... for the time being, the first notes have not pierced the huge heart of humanity - there is silence in the world. So the Russian soul decided, and no power in the world is able to prohibit this silence. And the throaty throats wheeze, the experienced speakers choke on the prepared and learned words.

Silence, huge and mighty, like a bear, comes, falls on the globe, choking in iron arms.

They are still trying to scream, in order not to let themselves believe that the inevitable is already happening, not to let the horror descend from the conscious mind in the heart and freeze it. But the screams are more and more squeaking.

So decided the Russian soul, and for the umpteenth time for the human history God agrees with her.

And if God is with us, who is against?

Why are Russians silent ?! Why is their president silent? Why do they not respond?

More and more fear in these matters.

More and more understanding of the correct answer to them.

Russia is silent. Russia is terrible in its silence.

This silent, understanding, piercing through, leaving no room for any hypocrisy, not allowing to shut off any, even the most well-thought mean meanness, not a single betrayal, no matter how wrapped in the veil of excuses, not a single crime, sight.

Where? Where could they have seen this terrible look before?

And all the Heavenly Host now - Russian. And St. George changed his spear to the RPG-7.

This is Russia's view. This is the look of God.

... terrible Russian silence. Because it is a sentence.

In this silence descending on the world, it is no longer possible to hide the truth about yourself behind the distracting noise.

Russia is silent. And in this silence they frantically try to remember what their greats said about Russia there? "Russia is a mystery packed in secrecy hidden in incomprehensibility." It seems so?

And they understand the answer: simply Russia is God.

And if Russia is God, then “Vengeance and I will repay me” is about her. She will repay.

The first notes of a new Russian symphony are about to sound in the universe. She will tear off all the masks, she will air and renew the whole world - soul after soul. She will not leave anything musty and old. She will create everything new. It will thunder like a thunderstorm, it will sweep through the world like a storm, it will shake the unshakable and dispel what seemed to be eternal.

For now - Russian silence has come to the world.

Listen to the silence.

Ctrl Enter
Noticed oshЫbku Highlight text and press. Ctrl + Enter
We are
Listen to the Russian silenceWhat you didn't want to know about England
Military Reviewin Yandex News
Military Reviewin Google News
297 comments
Information
Dear reader, to leave comments on the publication, you must sign in.