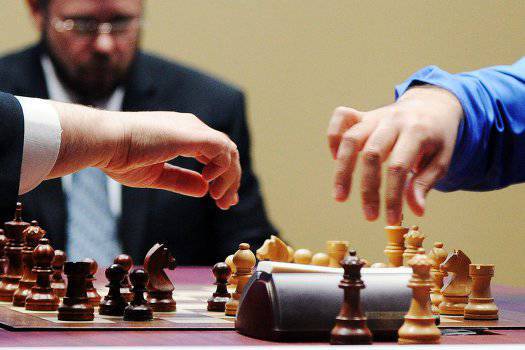 Events in Ukraine can not leave us indifferent. The death of people, our sisters and brothers causes in our hearts a desire to stop the bloodshed, to put an end to fascism. Therefore, it is quite natural to make calls as soon as possible to bring our troops into Ukraine for peacekeeping purposes. However, in politics, as in war, the one who abstracts from emotions and acts only on the basis of reason wins. Therefore, do not ignore the opinion of experts.

President of the National Strategy Institute Mikhail Remizov does not exclude that the consultations held by the FBI and the CIA with the new Kiev authorities may indicate the US plans to involve Russia in a local war with Ukraine, in order to then fight Moscow with Kiev. “They (the United States), of course, are playing on the side of Kiev, their task is to hold presidential elections, to ensure control of the new government in the country. This, so to speak, is the tip of the iceberg. At the same time, implicitly, games for drawing Russia into a military confrontation cannot be ruled out - this would also be an acceptable option for Americans, "believes Remizov. The expert stressed that the main question is not whether the American specialists work on Kiev’s side, but what tasks they set for themselves.It is impossible to say for sure whether the Americans pursue only the goals they declare or are playing a more complicated game that takes place “in the framework of unleashing a war, that is, drawing Russia into a local conflict, which then Americans will already lead by the hands of Ukrainians, supplying them weapons, instructors, equipment, finances, ”said the political scientist. (MOSCOW, May 4, RIA "News").

But a look at the events from across the ocean; According to independent American journalist Mike Whitney, the US administration deliberately creates in Ukraine "a fascist state that puts pressure on Russia through endless provocations and war." According to the journalist, the statement of the International Monetary Fund about the need for additional funding for Ukraine in case of loss of territories in the east of the country is a sign of the “pressure” of the fund on the authorities of Ukraine. “The IMF simply acted on orders from the White House. This is Obama's war. Obama intends to involve Russia in a bloody guerrilla war that will lead Ukraine in the same conditions as Iraq, Afghanistan, Libya, and now Syria. " Whitney is confident that Obama is continuing the work of the previous US President George W. Bush, doing the same thing with the Ukrainians and Russians that Bush did with the Shiites and Sunnis in Iraq. This is Obama's plan: to create a failed fascist state, which follows directives from Washington and puts pressure on Russia through endless provocations and war ”(http://jvatnews.ru).

I believe that, in provoking Ukrainian events, the initiators pursued their interests not only in relation to Ukraine, but also viewed them as an opportunity to be drawn into the conflict of Russia. Moreover, in my opinion, the main goal is Russia. And Russia will be tried to be drawn in such a way that the actions we have taken coincide with the scenario already written by Western analysts. I would not be surprised if somewhere there are already allegedly real clips taken at film studios about the introduction of Russian troops into Ukraine, and a full-scale study of the Ukrainian theater of operations and the development of operational plans was carried out in NATO military units.

All actions of the junta are pushing Russia to send troops to Ukraine. But, since we are being pushed towards this, it means that it is beneficial for someone. In my opinion and the opinion of more literate political scientists, the United States wishes. What they started there, I do not know. Armed collision as an end in itself? It is unlikely, although it is possible, as the last attempt of the ruling party to save its rating. (Especially for this, the Budapest Memorandum can be drawn in, justifying the use of military force by the US, bypassing UN sanctions.) Forcing us out of the European gas market? Small, but not excluded, since they have one measure - profit. Did the United States follow in its stories any moral principles in the struggle for profit?

Options really can be many. Up to the desire of the United States to split the political alliance with China and neutralize the existing bloc. After all, he tied his hands not only in the Syrian issue and may interfere in future plans. In any case, regardless of the goals of the United States, our actions should not be consistent with their desires and plans. There must be a smart move from Russia that breaks all the enemy’s “homework”. For example, if you enter troops to protect the Russian-speaking population, to end the civil war, then not the troops of Russia, but the troops of the SCO. In this case, the script written by the CIA in the event of the entry of Russian troops is no longer valid. We intercept the initiative, and do not go a step behind. This is just me as an example. It’s not up to me to decide what actions Russia will take, but I hope our analysts are at least as good as Westerners and, like chess players, are able to figure out moves ahead on 5.