The situation in the south-east of Ukraine. Chronicle of events. 6 May 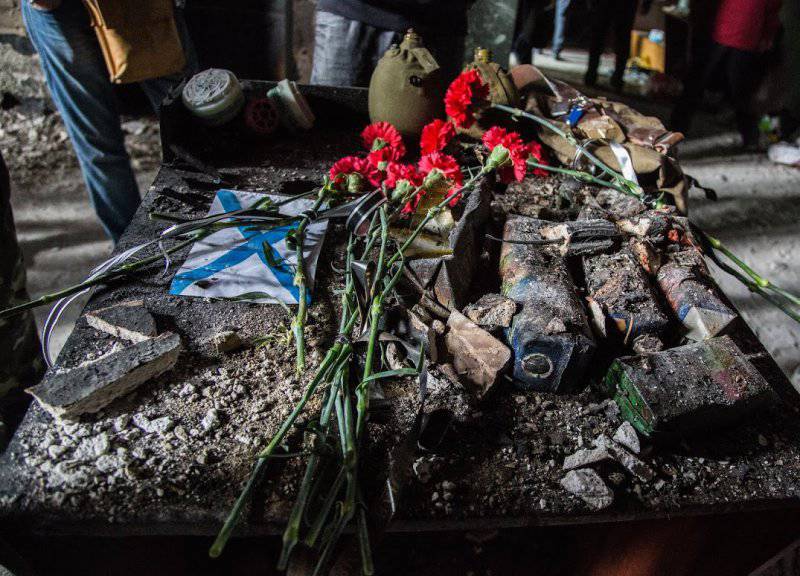 04:10 Dobkin is ready to take the machine gun in his hands, and Yulia Tymoshenko will be accepted into his squad by a nurse.
In the program "Freedom of Speech" Ukrainian presidential candidate Mikhail Dobkin said that if necessary, he will defend Ukraine with a gun in his hands, and his rival Yulia Tymoshenko is ready to accept a nurse as a detachment, reports UNN.
To the question of Tymoshenko why he is not in the ranks of the National Guard, Mikhail Markovich answered:
03:55 Avakov claims that Chechen special forces are among the defenders of Slavyansk.
"Speak directly - there are Chechens!"


03:31 Medical examiners completed the identification of the dead in the House of Trade Unions in Odessa.
On Monday evening, the results of the study of the bodies of 37 people found in the burnt down premises of the House of Trade Unions in Odessa and in front of its building became known. Experts have determined the cause of their death.
According to published official data, five people were shot, eight died in a fall from a height, the rest of 24 died from burns and carbon monoxide poisoning. Among the victims are six women. The age of the dead is from 18 to 62 years, ITAR-TASS reports.
2:23 The mines "Yuzhnodonbasskaya No. 1" and "Yuzhnodonbasskaya No. 3" in the town of Ugledar, Donetsk region, have partially suspended work. The miners went on strike. Only those who maintain the functioning of the mines in working condition descend into the face. A group of miners from Yuzhnodonbasskaya No. 1 and No. 3 arrived in Donetsk. They held a protest action on the square in front of the Donetsk Regional Council. They deployed tents, protesting against the actions of the Kiev authorities.
01:38 In the area of ​​Slavyansk fighter fired missiles
A resident of the village of Raygorodok in the Slavyansk district told civilian journalists:
"The raygorodok, near 20: 00, two fighters circled, flying signal lights ahead (approx. Heat traps). Circling for a long time, as if chasing. A rocket was launched from the plane (I personally saw this action). The wounded helicopter caught fire , fallen into the swamp on the dam. Shells exploding, clouds of black smoke. "
01:22 According to the head of Slavyansk self-defense Igor Strelkov, the losses of the militia in the battles on Monday were 5 people.
00:54 The accumulation of armored vehicles in the area of ​​Krasnoarmeysk

00:33 A special correspondent for Komsomolskaya Pravda, Alexander Kots, spoke about an attempt by the Ukrainian authorities to detain one of the leaders of the Donetsk People's Republic, Denis Pushilin. He also reported on the details of the confrontation near Slavyansk.
00:06 The US State Department claims that clashes in Odessa, where Ukrainian radicals burned alive in a blocked building of dozens of anti-Maidan activists, were launched by pro-Russian forces.
"It started because pro-Russian forces and separatists began to attack the protesters," State Department spokeswoman Mari Harf told reporters on Monday.
On the question of whether this is the reason for burning people alive, Harf said:
“No, I didn’t say that ... How it started, and who started to aggravate the conflict, use violence in the crowd, is important if we want to prevent the recurrence of such events.”
Ctrl Enter
Noticed oshЫbku Highlight text and press. Ctrl + Enter
We are
The situation in the south-east of Ukraine. Chronicle of events. 3 May
Military Reviewin Yandex News
Military Reviewin Google News
964 comments
Information
Dear reader, to leave comments on the publication, you must sign in.