12 May 2014
9
In the late 1950s, American engineers developed the M88 Armored Repair and Evacuation Vehicle (ARV). The main purpose of this machine is to evacuate damaged armored vehicles from the battlefield, including under enemy fire. In addition, the M88 can also be used as a vehicle for mechanics, the delivery of welding equipment, tools and spare parts. In addition, the BREM can be used to provide those in the field. crew assistance tanks in the maintenance and repair of tanks, self-propelled guns, infantry fighting vehicles, and other combat vehicles. 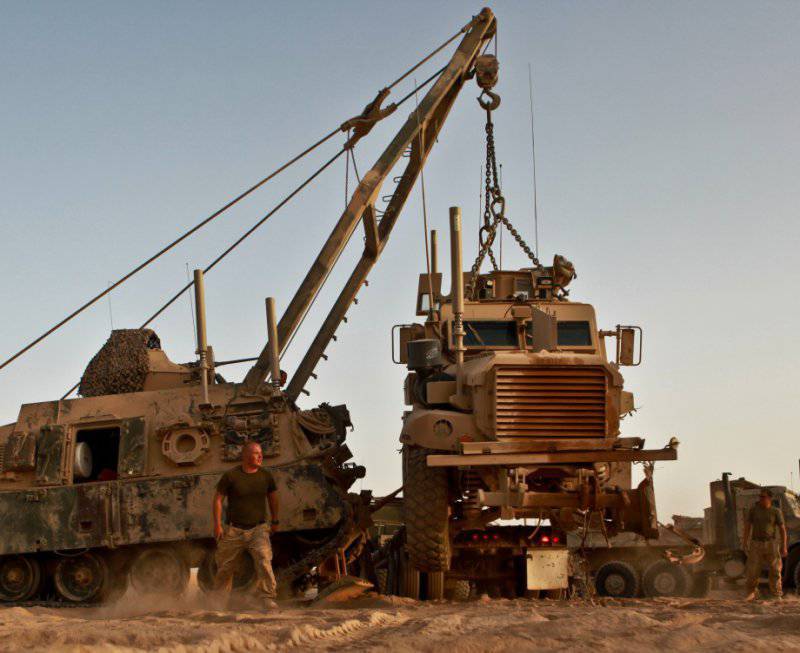 History of this repair evacuation car began with the conclusion of a contract between the US Army and Bowen-McLaughlin-York Inc. (BMY) for the construction of three prototypes. New cars assigned the designation T88. According to the technical requirements in the machines it was necessary to use the maximum possible number of components of the tank M60. This was followed by an order for the production of 10 vehicles for military testing. Serial production began in 1959, when BMY signed a contract with the US Army on 1075 vehicles, with the delivery of the first M88 in February 1961. The design of the new car turned out to be well designed and extremely practical, so the Armored Evacuation Car (ARV) was added to the military lists of many countries from the 1960 of the year as a type of armored vehicles.

When creating this machine, components and assemblies of M48 and M60 tanks were widely used. M88 is adopted in 1961 year. In total, 1964 produced more than 1000 evacuation vehicles M88. This machine is in service with not only the US Army, but was adopted by Germany, Greece, Portugal, Israel, South Korea, Austria and Egypt.

The M88 hull is welded from rolled steel armor plates. This provides protection for the crew and equipment from shell fragments and bullets. For crew access, armored doors are made on the sides. To review the jobs of the driver and the commander of the machine are equipped with viewing devices. The driver and mechanic are located in the front of the hull, hatches are made above the workplaces and periscopes are mounted. In the middle of the hull there is a hydraulic equipment department, an engine compartment in the aft.

The M88 evacuation machine is equipped with the following equipment: a crane with a tonnage 23 of tonnes, which has an A-shaped boom that is fixed in the front upper part of the hull (in the stowed position folded back); main winch (tractive force 40 tons); auxiliary winch; hydraulic dozer blade; welding equipment; various mounting tools. 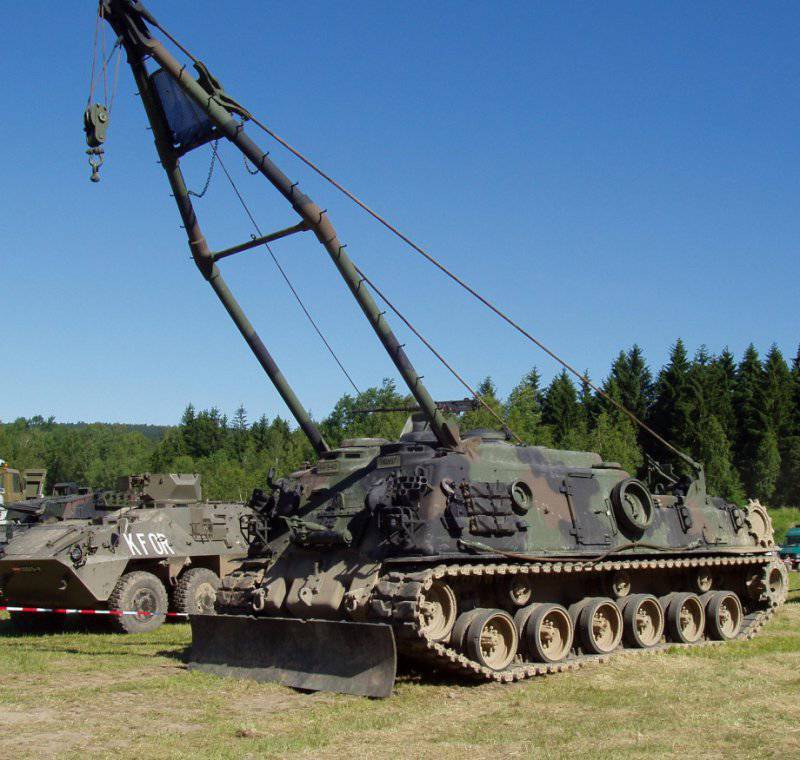 As a defensive armament of an armored repair and recovery vehicle M88 is a machine gun caliber 7,62 mm, mounted above the hatch on top of the machine. Ammunition - 1300 ammo. In addition, there is equipment for setting smoke screens.

In 1973, M88 was upgraded. On the new evacuation car installed a diesel engine and a new transmission. A 11-strong auxiliary engine was also installed. The upgraded M88 received the designation M88A1. By 1985, the 1427 armored repair and recovery vehicles M88A1 were released, and the 876 M88 machines were upgraded.

Once the M1 Abrams tank was put into service, it turned out that it was impossible to tow it with one M88, but two were required. However, this issue was not addressed during the 10 years, and only in 1991, it was decided to create a machine capable of towing heavy tanks. The following 6 years developed an improved version of the machine which received the designation M88A2 Hercules HERCULES (Heavy Equipment Recovery Combat Utility Lift and Evacuation System - a system for the evacuation and repair of heavy military equipment of general purpose). “Hercules” was put into service in the 1997 year, and in the next year, it was nevertheless allowed to tow the Abrams alone.

On the M88A2 modification, we strengthened the booking of the front of the hull, installed a more powerful AVDS-1790-8DR engine and XT-14105A transmission, improved the braking system and suspension, replaced the winch with a greater traction force, lengthened the A-arm crane. 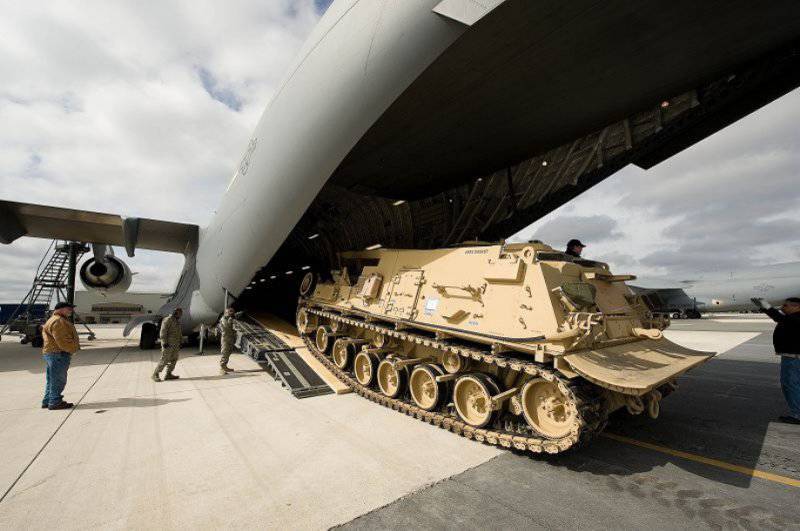 Despite the fact that this BREM has been in service for more than fifty years, it is morally outdated and unable to accompany the tanks, because it is inferior in terms of road performance, M88 still remains in service with the American army - the program to create BREM based on Abrams has not been implemented. 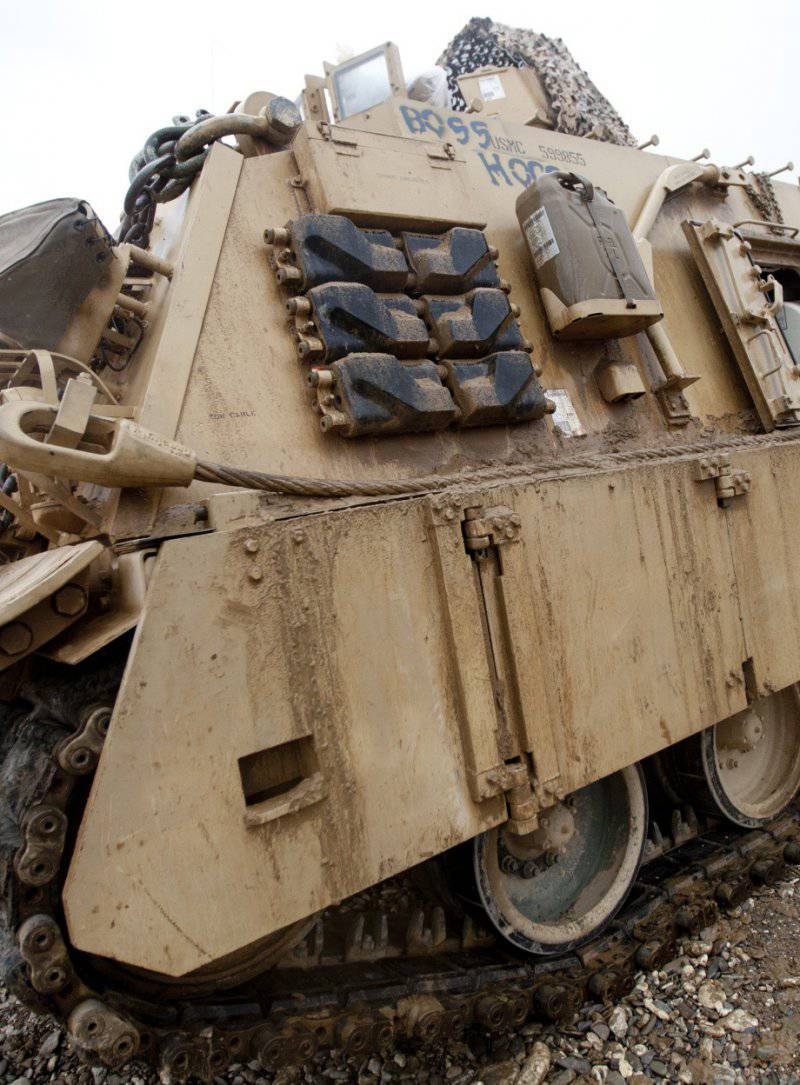 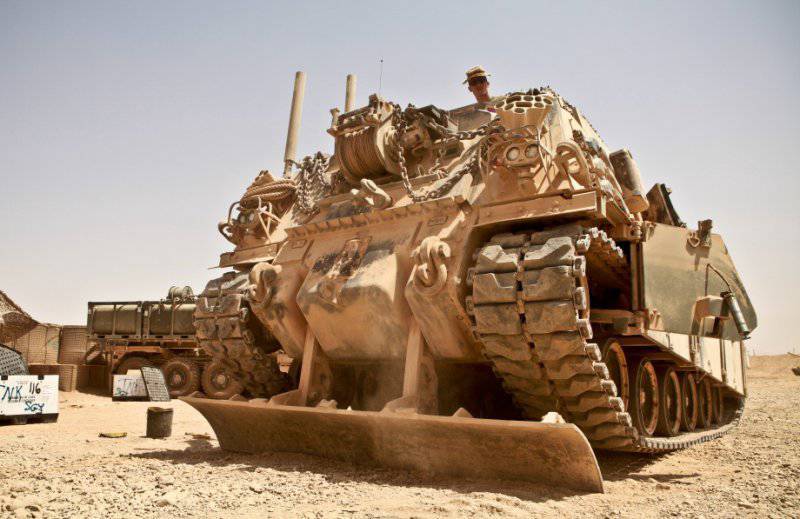 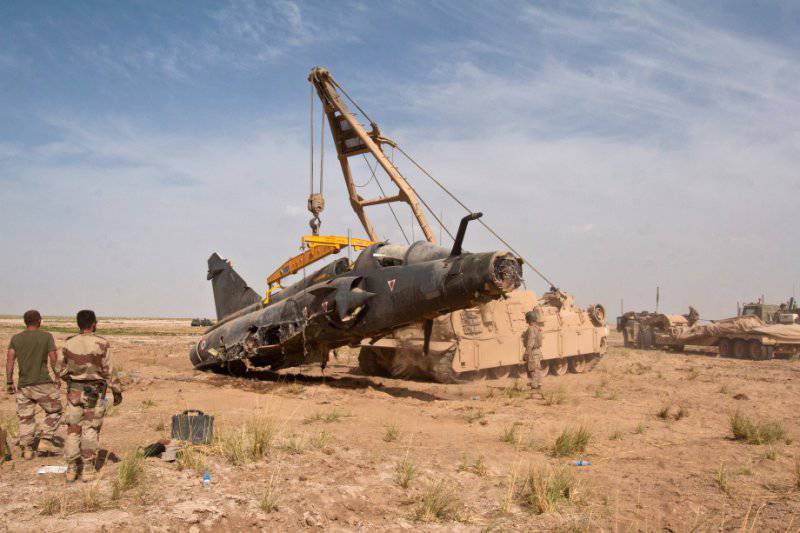 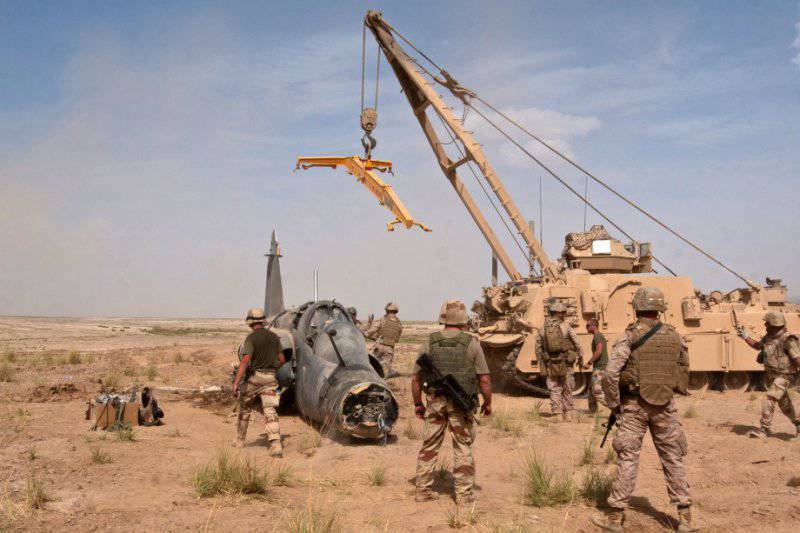 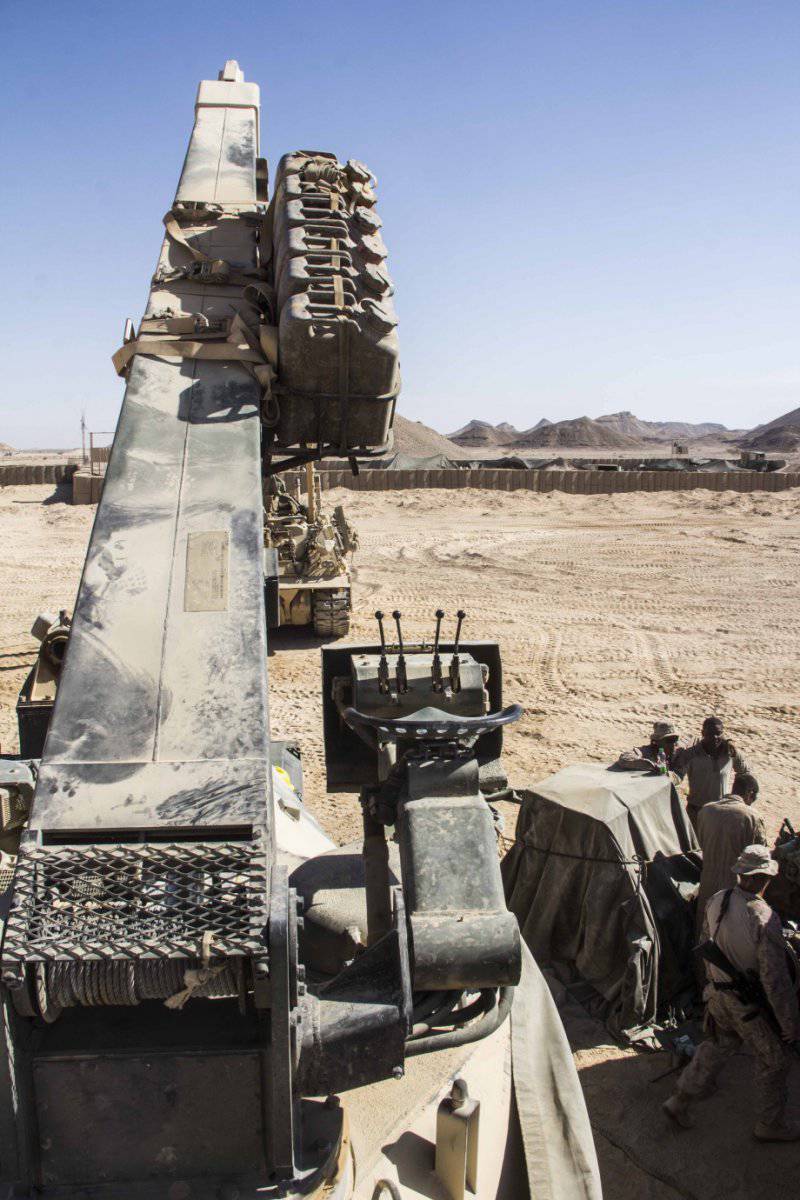 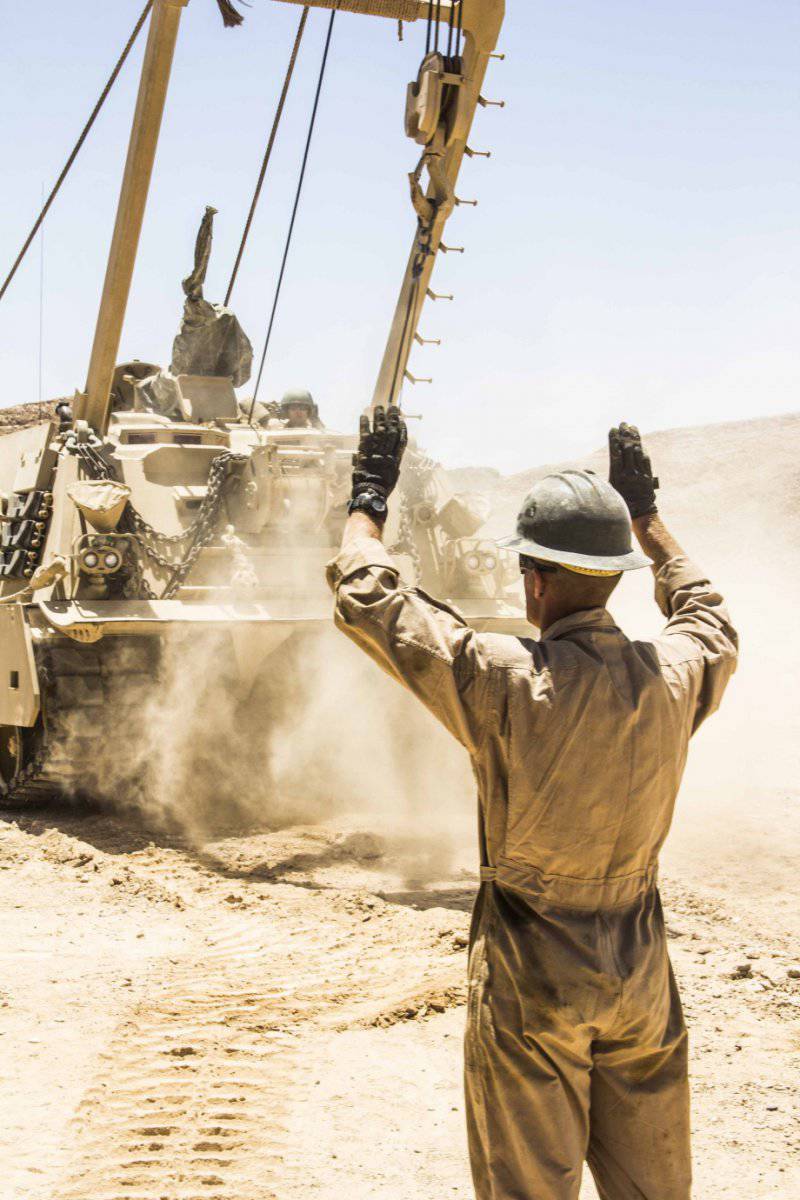 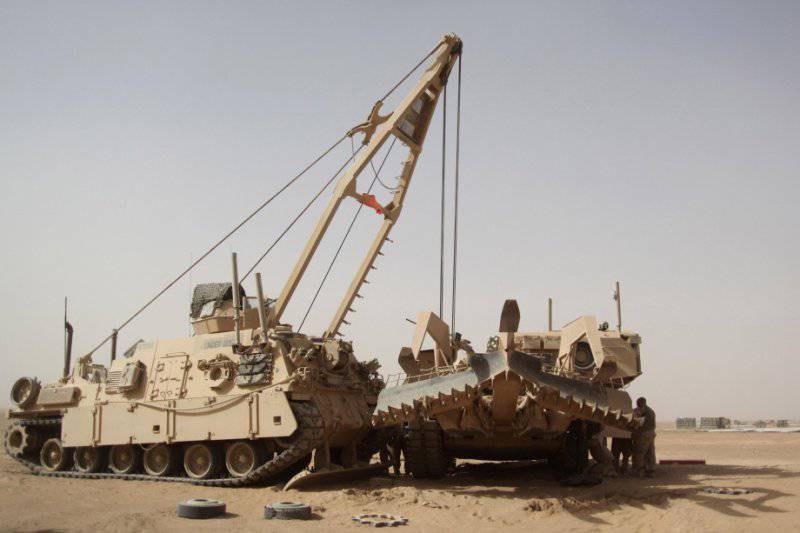 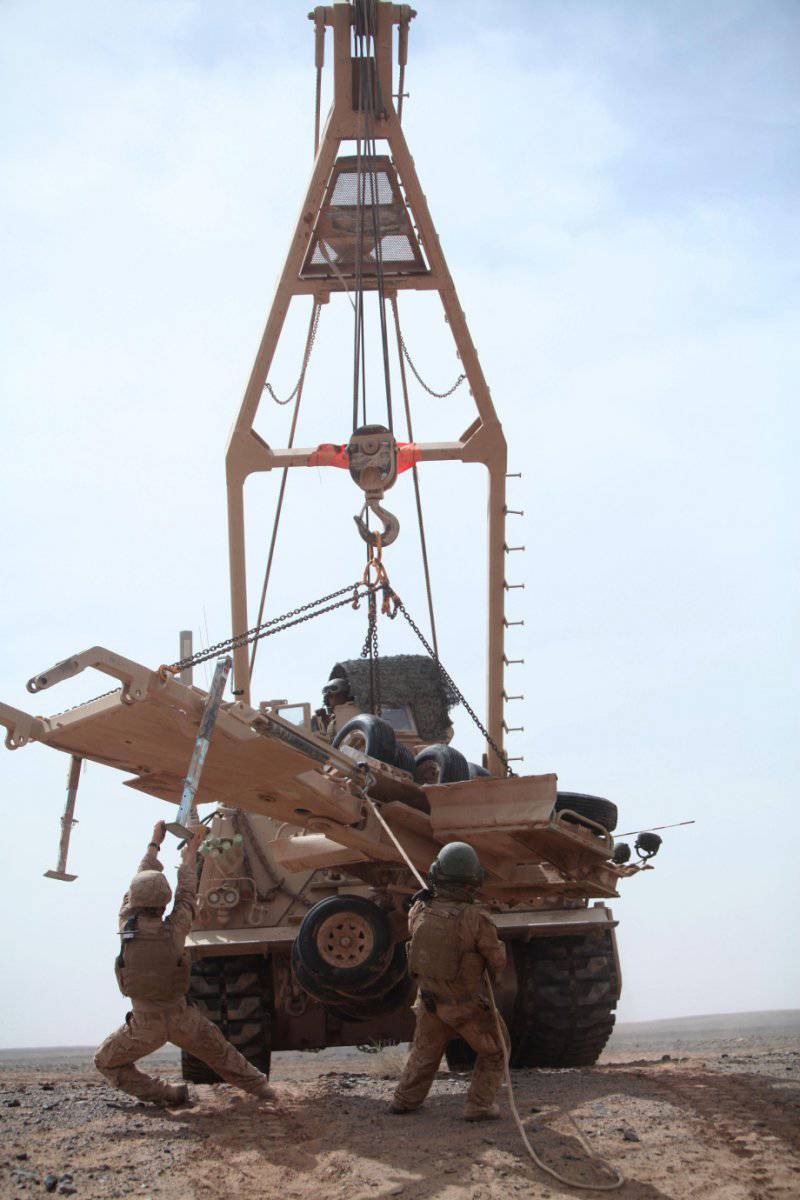 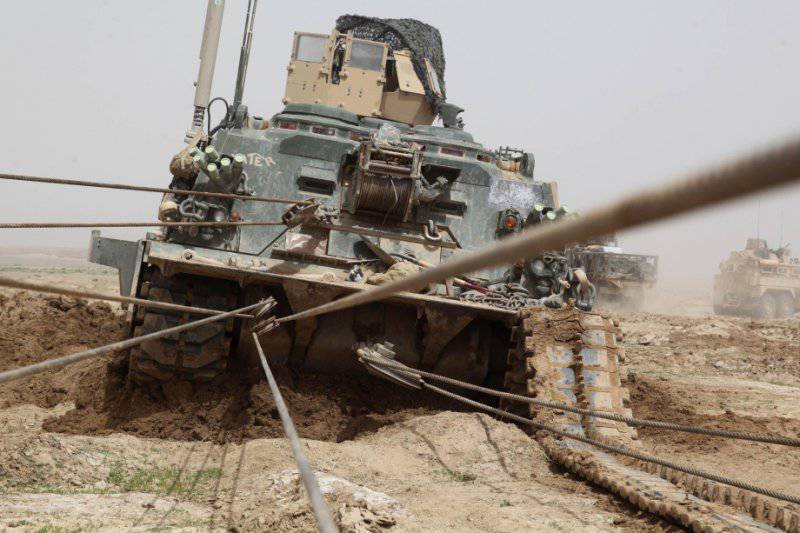 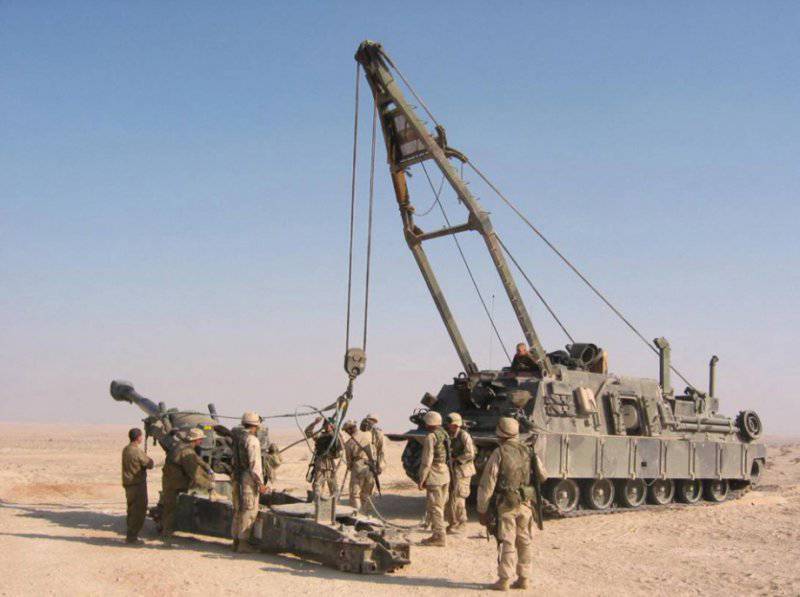 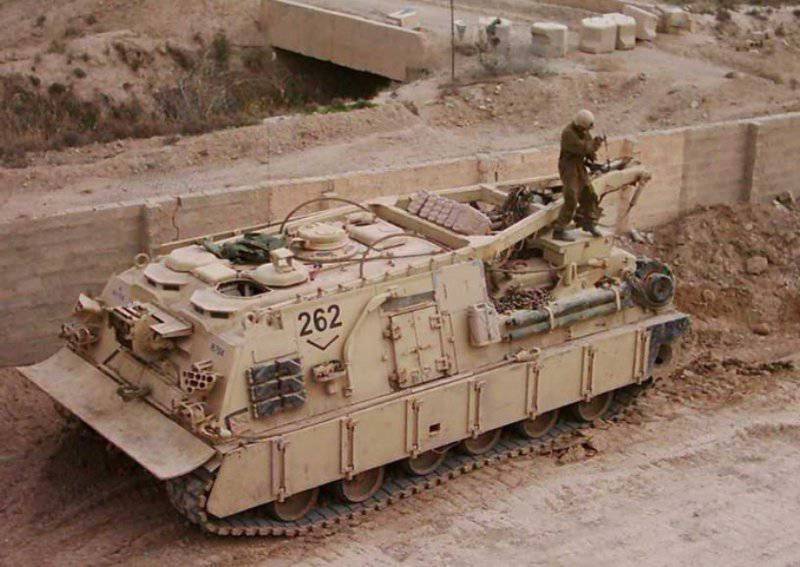 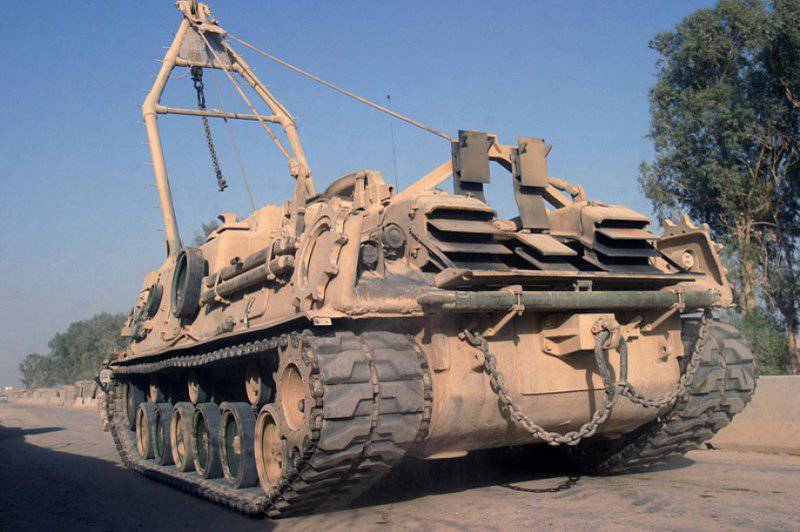 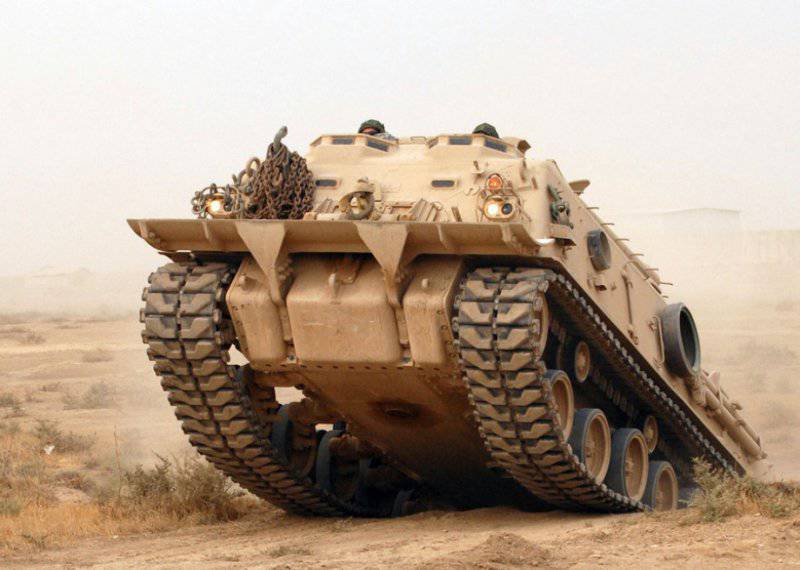 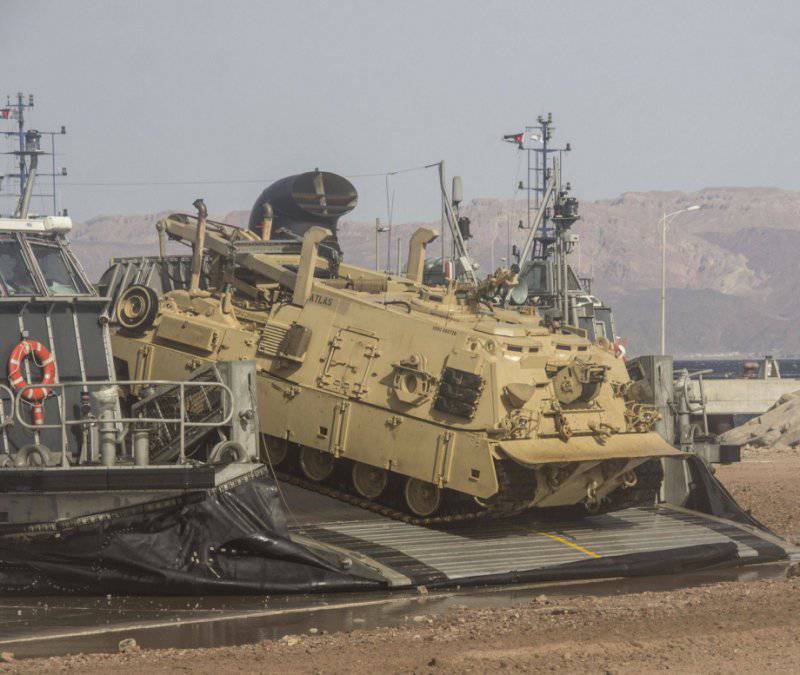