We have a common problem 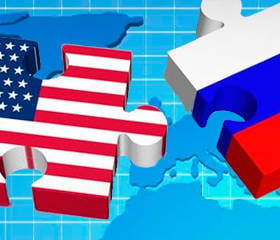 Terrible, chilling soul come from Ukraine. The bloody rampant of neo-fascists causes resentment and bewilderment. How, why has this become possible on the territory of a very recently great country that liberated Europe from fascism? Why did Europe, who boasted of her own civilization, looked condescendingly and, moreover, encouraged the coup d'état, carried out under completely Nazi slogans, by the hands of outspoken Nazis. Why is it now, when the junta floods the southeast of Ukraine with blood, European politicians stupidly repeat after the Americans: “Russia should not prevent de-escalation”? ..


Answers to these questions should be sought in our recent stories the late eighties and early nineties. “America and Russia are friends forever,” the villains repeated obstinately. Entire choruses of fools echoed their reproducing howl. The sobriety began to come later, when, on the orders of a group of American advisers, Yeltsin’s entourage developed such “reforms” with non-payment of wages and mass layoffs that shreds flew from our science, defense, army.

Our worst friends thus realized their general geopolitical goal - to establish themselves as the sole world leader and live by the right of the strong, robbing the rest of the world.

The United States strives to achieve the same goals today, there is no need to wait for changes in this matter - only the grave will correct moral monsters. At the moment, Ukraine is chosen as the main place of action - a sort of training ground for an overseas rooster that pursues several goals at once. As in the parable: catching up - well, not catching up, so I will warm up.

If the junta succeeds in crushing the Russian-speaking people of the South-East under itself, NATO will be moved to Moscow itself. Sit and do not breathe in fear!

And will not succeed? For example: Donetsk self-defense fighters will demonstrate the wonders of resilience; the appeals of the people addressed to the soldiers and officers sent by the junta to the vile deed will arouse their conscience; Ukrainian people's liberation army, assembled by Yanukovych (after all, the legitimate president and commander in chief) will disperse the junta.

For them, and this also makes sense. Blaming Russia for “escalation”, scaring Europe, if it succeeds, of course, and on the sly, to improve its economy at the expense of everyone else. Keep warm, this rooster, too, really wants! The main counterfeiter who flooded the world with unsecured dollars is brewing problems - the financial and economic system created by him for redistributing total world income in favor of the United States can cause very serious failures. As a result - a sharp drop in living standards, internal shocks, loss of international leadership. Because urgently needed backup of the US economy. The topic appeared very in time: shale gas!

Learned to get, but the roads, the infection ...

There are buyers, the whole European Union, but bastards, they take Russian natural gas - it is cheaper, and there are already pipelines, they are working properly.

Now, if a frightened Europe foolishly joins the sanctions so much that it will give up Russian gas at a loss, and even weapons Americans will buy, you see, things from “Uncle Sam” will go uphill, of course, at the expense of everyone else: who will pay in blood, who will lower the standard of living, but for them it's all the little things!

What should we do to prevent NATO missiles from appearing in the Donbass instead of coal mines? It is necessary to help the Donetsk Republic. The fight against the fascist junta is a common cause.

I read the reviews in the spirit: “Let them all rise first, and then we will help ...” One cannot agree - the heroes have already risen, are already fighting and dying with weapons in their hands and without weapons, blocking the way for armored vehicles with their bodies. The heroes burn alive in Odessa, die at the hands of the Banderovites of the Right Sector, like a soldier of the 25 airborne brigade, Andrei Kiselyov, who refused to shoot at Donetsk militiamen. We will delay, wait until life gets and make the inhabitants act - by then the heroes can all fall into an unequal struggle. And what is the result? Our neighbor is a brotherly country, an ally, but without heroes, only ordinary people, how is this prospect for you ?!

And let's not be residents of Russian Ukraine to assess more strictly than themselves. We didn’t get up well when the villains were tearing apart the USSR, we didn’t rush under the banners of the Emergency Committee in crowds and organized columns. And they immediately invented an excuse for themselves - not those banners, and the Emergency Committee is not like that, in general, the majority did not come off the sofa ...

Naturally, in terms of comprehensive assistance, the main decisions and actions are with the state. His latest foreign policy initiatives, as well as steps to strengthen defense capabilities, inspire reasonable optimism.

But the organization of the flow of humanitarian aid (drugs, food, material support for the wounded and the families of the victims) is within the power of us, individual citizens, who consider themselves patriots. All that is needed is our initiative, the willingness to join forces. Are we really only able to fasten a ribbon with orange and black stripes on 9 May, as on the medal “For the victory over Germany” - and that’s all ?!

To admonish the European Union is also a matter of the whole people. They give us their own sanctions, and we our own - everyone with all the heart that can. And here the St. George ribbon on the antenna of "Mercedes" is not enough. To refuse to buy German, French, English equipment - this will be a sensitive manifestation of our Russian patriotism for them. The main thing is not to nod at others, not for the money car, but I was going to buy a vacuum cleaner or a coffee grinder - remember our sanctions to them. And without Russian tourists, too, let them try for a year to live. It's time to see your country and be surprised by its vastness and beauty! You look everyone who stops the Russian streamlet from flowing into his pocket, will be saddened together and take up the brains of their merkel so that they do not run to the barracks for Obama for instructions.

I understand that if there is money, it’s very difficult to get along without a white (or black) Mercedes, but you’ll have to choose one thing: either this DES, or the honorable right to consider yourself a patriot and a well-deserved ribbon confirming hereditary involvement in the Great Victory

And the last thing, which we must certainly speak about in connection with the topic touched on: patriotism cannot be separated from the ideas of social justice. Otherwise, it will inevitably turn into something reactionary, Black-Hundred, fascist.

I draw the attention of readers that the rise of patriotic feelings associated with the reunification of Russia and the Crimea, has caused a strong desire among liberal economists to use the increased popularity of the country's political leadership for "unpopular" socio-economic transformations. Speaking without twists, we are talking about reducing the standard of living of the majority of the population. Such "pseudo-economists", who cannot imagine the development of the economy without robbing the people, must be driven into the neck from the public service. Drive so that in science, in education, they also could not catch on. Good riddance to the West - to ruin the economy of the United States and the European Union!

This thesis, of course, does not exhaust the socio-economic aspect of the topic touched upon. Hope to return to it in the following notes.