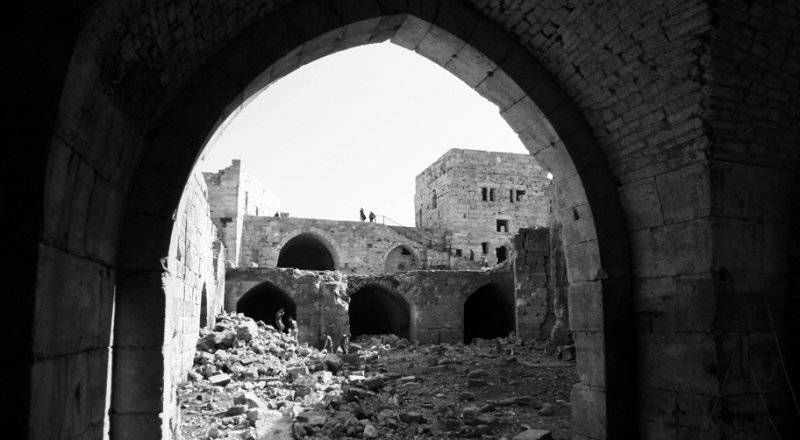 Western media, when they write about events in Syria, from time to time try to seem objective and impartial. Although they manage it is not always. Therefore, in the flow of contradictory and often diametrically opposite information that until recently came from Syria, one could completely trust the articles of the Western media describing the successes of the government forces. If the Western press writes about this, the opposition’s affairs are not really the best way.

In recent months, Western newspapers are forced to openly write that the Syrian opposition is on the verge of defeat. Another confirmation of this was the message that the third city of the country, Homs, was placed under the control of the Assad government.

The fighters of the opposition forces managed to dig in and seriously strengthen their positions in this important city. They seemed ready to defend him to the last bullet. At least, from the opposition camp only in the last days they talked about it. Therefore, the message about the suspension of hostilities and the withdrawal of detachments of the Free Army of Syria (CAC) from the Old City sounded like a bolt from the blue. If the agreement is fulfilled, then the SAS in Homs will have only one district and about a thousand fighters.

Government forces have achieved another important success. They took control of a strategically important corridor from Latakia in the north-west of the country to Damascus.

The leadership of the opposition was forced to admit that he had no particular choice after nearly six months of daily shelling.

The battle for Homs was one of the most important episodes in more than three years of civil war. The proximity of the border with Lebanon led, one might say, to the internationalization of the siege. Both the Sunnis from abroad, who vowed to defend him to the last drop of blood, and the Hezbollah detachments, which Assad took a year ago to seize the initiative and break the conflict, participated in the defense and siege.

A distinctive sign of the civil war in Syria in recent months has been local armistice concluded by opponents in different cities, villages and provinces. Especially noticeable was such a truce in the metropolitan area of ​​Moadimea, which was once the main center of the opposition in Damascus. Despite the fact that such truces are formally served as stages of national reconciliation, in most cases they are nothing more than the capitulation of opposition forces. SAS must first raise the national flag of Syria over the main buildings in the controlled area and then hand over heavy weapons to the enemy in exchange for food and unimpeded passage through the checkpoints of government forces.

Apart from the support of Iran and Hezbollah, its main ally in the Middle East, decisive for achieving a breakthrough in the Syrian civil war was the complete superiority of Damascus in the air. The air force plays a particularly prominent role in Aleppo and Idlib provinces. Another effective weapons The government turned out to be a “starvation or surrender” tactic.

The start of the surrender of Homs calls into question the ability of the opposition to seriously resist government forces. In the West, they now believe that the best outcome for the SAS at the moment will be to maintain the status quo, i.e. a lull on numerous fronts, which it needs to restore and regroup its forces.

For the past four months, internecine battles between the jihadists and the moderates, which took the lives of at least 2,5 thousand soldiers, have been almost continuously in the camp of the opposition. Having ousted ISIS troops from the north of Syria and the Aleppo region, the opposition leadership hopes to increase aid from the West.

The internecine fighting between opposition groups continues now in the east of the country, near the border with Iraq, where Nusra, a more moderate radical organization with close ties to Al Qaeda, continues to fight ISIS for oil wells.

Al-Qaida leadership continues to call on the Allies to make peace and turn their weapons against Bashar Assad. Last Friday, Ayman al-Zawahiri, who replaced the ambassador of al-Qaida, Osama bin Laden, again called on Nusra and ISIS to make peace, but this audio message will hardly have a greater effect than all previous ones.

Ctrl Enter
Noticed oshЫbku Highlight text and press. Ctrl + Enter
We are
About Stalin and KhrushchevWhat you didn't want to know about England
Military Reviewin Yandex News
Military Reviewin Google News
49 comments
Information
Dear reader, to leave comments on the publication, you must sign in.