Bild: the CIA planned a punitive operation against the south-east 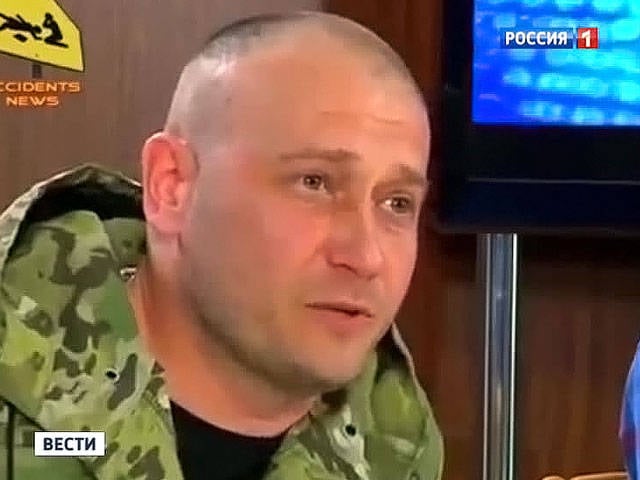 Forces Maidan, seized power in Kiev, receive instructions from the CIA and the FBI. Such information was published by the German edition of Bild. According to his sources, agents of the US intelligence agency are actively helping Kiev to pacify the recalcitrant south-east of the country.


The military operation against supporters of federalization began immediately after the secret visit to Kiev of the CIA Director John Brennan. Apparently, it was then that a terrible punitive plan against civilians, who refused to recognize the legitimacy of the Maidan authorities, matured. Against the background of the genocide that unfolded the main stronghold of Maidan - the National Guard and the radicals - preparations for the presidential elections are in full swing.

For the new regime it does not matter that the military special operation in the east, that the presidential election. Kiev intends to hold them at any cost. Hardly clearing the pre-election field from candidates who disagree with the dictatorship of the Maidan, and as soon as possible. Until the day of voting exactly three weeks. But even before the electoral commission there is not a single poster urging Ukrainians to come to the polling stations on May 25 and vote.

To choose quickly - in the interests of Maidan, in order to legitimize the coup d'etat, and the oligarch Poroshenko, to whom sociologists today continue to draw the highest rating. Above the secret of which is already in the local humorous programs laugh.

Former blunders, when Poroshenko hysterically and in a businesslike manner determined the information policy, the pocket Five did not allow it anymore. "Chocolate King" appears on the screen around the clock. After the brutal massacre of opponents of the Maidan in Odessa revealing blood for the wounded. Although the day before, admired by the security forces, suppressing protests on the "eastern front."

His main rival Yulia Tymoshenko obviously understands: it is difficult to catch Poroshenko in a few weeks. And the disruption of the elections, or at least the postponement of the voting day, is beneficial to her as to anyone. So the "woman with a scythe" does in every public speech sharp attacks against the oligarch. Calling him almost "an agent of the Kremlin."

Poroshenko pretends not to notice. The master of black PR does not stop. But both, in order to emphasize belonging to Maidan, are blaming Russia exclusively on Ukrainian chaos. However, at the meeting Tymoshenko with the maydanny vice-premier in the office of the Odessa administration, where the former prisoner number one flew in to express support for the actions of the Maidan radicals, whom she calls peaceful protesters, the camera snatches the phrase said in a low voice: "You need to beat the veterans. Or you need to attack the veterans ".

Whether wish, or order. In a few hours, the orange lady, however, will recover: it turns out that it is Russia that by all means organizes 9 in May, an attack on Ukrainian veterans. The fact that the Bandera nationalists did this before, that they were in the vanguard of the coup, is somehow not mentioned by the new authorities. And those who are not ashamed, arrange neo-Nazi torch processions right in the center of the Ukrainian capital.

The national radicals continue the most genuine hunt for southeast-leaning presidential candidates. Regional Mikhail Dobkin, when he flew to Kherson, was not even allowed to meet with voters.

On the airfield with the red and black banners of the Ukrainian rebel army at the ready, the Right Sector tried to surround the plane. Unused brilliant green and eggs went to the head of the local election headquarters Dobkin.

Similarly, the regional candidate extremists have already met before the talk show air. Not given to go to the studio. And now the whole of Kiev is replete with campaign billboards with green paint. Evident observers prefer not to observe unprecedented pressure on opposition candidates, not noticing obvious violations in the entire presidential campaign.

In protest against repression and military operations in Slavyansk and Kramatorsk, one of the brightest candidates, Oleg Tsarev, is removed from the elections. His principled position on the crime of the Maidan coup and the support of the southeast, who declared his desire not to depend on the radicals of Kiev, repeatedly caused hysteria of neo-Nazis.

Tsarev pursued. Beaten. Criminal cases were instituted under the article "Separatism". Natalia Korolevskaya has already followed the example of politics. And she also wrote a statement to the electoral commission.

Now in the ballots 21 surname. Unless, of course, other, unidentified candidates for the presidency do not want to abandon the game of giveaway. The draw for TV debates has already identified the candidate troika. Having distinguished bright politicians and main competitors on different days and ethers. The 13 number that got to Dmitry Yarosh should not embarrass the ringleader of the militants. Instead of the election campaign, the leader of the Right Sector is directly involved in the punitive operation in the south-east. And is the debate really important if Facebook minister Avakov, on behalf of the new government, in an interview with the BBC says that Kiev recognizes the vote as valid, even if it is to be boycotted by entire cities?
But a high turnout has always been considered a sign of the legitimacy of the elections. But Kiev is not interested. The policy of double standards is manifested not only in the methods of seizing power, where the armed people in Slavyansk are separatists and terrorists, and exactly the same on the Maidan and Grushevsky with Institutskaya are activists and peaceful protesters. A referendum on the future state system, which is in the ring of security forces Maidan southeast intends to independently hold 11 May, Kiev considers illegal. At the same time, the same referendum, but on the entry of Lugansk and Donetsk regions into Dnepropetrovsk and also 11 of May, did not cause any hysteria. 3 of one million ballots for him is printed by the oligarch Kolomoisky, close to Turchinov.

Ctrl Enter
Noticed oshЫbku Highlight text and press. Ctrl + Enter
We are
What you didn't want to know about EnglandVladimir Churov: On Observance of Citizens' Rights in the USA
Military Reviewin Yandex News
Military Reviewin Google News
49 comments
Information
Dear reader, to leave comments on the publication, you must sign in.