13 May 2011
7
One of the main reasons for the defeat of the Russian Empire in the First World War was the degradation of the "elite" of the empire. Much information can be found on this, but less often they mention another important reason — the behavior of our “allies” in the Entente in this war. The textbooks indicate that they were allies and Russia supported them several times, preventing Germany from inflicting serious defeats on them. There is no mention of how the Russian Empire was constantly “thrown” and conducted subversive work against it.

The Russian imperial army, with all its shortcomings, with the theft and corruption of bureaucrats, especially the highest, was the most powerful army on the planet, much better than the French or English. Recalling the defeat, our authors constantly forget to mention that the 1914 campaign of the year as a whole was victorious for us: we thwarted Schlieffen’s plan, not allowing France to be destroyed, if that had happened, we would have been left alone with the armies of Germany and Austria-Hungary. It is doubtful that England would plant its divisions in Russia. We defeated the Austro-Hungarian Empire, occupying Galician Russia from it, if Austria-Hungary fought against us alone - that would be a defeat, it would have to capitulate. Our army won two battles in Poland, defeated the Turkish army near Sarakamysh.

The first blow was dealt to us by London, the governments of the countries did not expect that war would cause such a consumption of ammunition and the need for such a huge amount weapons. Petrograd placed an order for 5 million shells, 1 million rifles, 1 billion cartridges, 8 million grenades, 27 thousand machine guns and so on at Armstrong and Vickers factories in England. This, together with the Russian industry produced, should have been enough for the 1915 summer campaign of the year. The British accepted the order, deliveries were supposed to start in March 1915, but they didn’t fulfill it and didn’t even warn (!).

The result of deceiving the “ally” and disorderlessness of the elite of the Russian empire, which instead of industrializing the empire and preparing for the Great War, was engaged in entertainment, was “shell and rifle hunger” 1915 of the year, “great retreat”, loss of Poland, part of the Baltic States, Belarus Of Ukraine.

But the Russian Empire once again showed an enormous amount of survivability - a powerful industrial breakthrough was made, the production of shells was increased 20 times, rifles 11 times, guns 10 times. In their production, Russia overtook England and France. In 1916, the problem with weapons and ammunition was decided, the Russian army again beat the Austro-Hungary and the Ottoman Empire. By the beginning of 1917, the conditions for striking Germany had been created. Russian people should know that the empire did not suffer a military defeat, the defeat was political.

The empire was acted not only by the agents of our direct opponents - Germany, Austria-Hungary and Turkey, who prepared and supported the nationalists (Georgian, Polish, Finnish, Ukrainian, Jewish, etc.), financed the actions of the Social Democrats and the Socialist Revolutionary Party.

Paris and London were supported by Russian liberal-democratic parties, movements that, at the height of the war, launched a struggle for "democracy", and the emperor, instead of eliminating the "fifth column", hesitated. Many of them were in the Masonic lodges and were the periphery of the "world behind the scenes." Although a significant part sincerely believed that “democracy” would make Russia even stronger, not realizing that by their actions they brought a lot of disasters on the peoples of the empire.

Their subversive actions were facilitated by the fact that the Russian Empire, the only one of all the warring powers, kept the laws of peacetime in the rear. Newspapers printed what they were paid for, State Duma leaders said whatever they wanted, workers had the right to strike. Russian counterintelligence knew the threads, banks, firms through which funding goes, but couldn’t do anything under peacetime laws. The emperor was weak-minded: he did not want to quarrel with the public and disperse the Duma, quarrel with the "allies" who supported the liberals, constantly making concessions, changing ministers in favor of "the public."

In the European powers, for the slightest suspicion of treason, they were waiting for death or a long term in the most stringent institutions. In Russia, the Duma faction of the RSDLP (b), which openly proclaimed the slogan of turning the imperialist war into a civil war and wanted to defeat their Fatherland, was only exiled to Siberia (the conditions of exile in the empire were very soft, which the “r-revolutionaries” used, not once escaping ) After the rebellion on the battleship Gangut, a powerful underground organization in the Baltic was opened navybut only two people were sentenced to death and then replaced with hard labor, others received different terms and even exile (from the war they were sent to the rear, to the full provision of the state - is this a punishment ?!). Most of those arrested, led by Dybenko, did not judge at all, created a sailor battalion and sent to the front, but the sailors refused to fight (!), Did not obey orders, and began to decompose their neighbors. They were shot ?! No, the battalion was disbanded, the sailors were returned (!) To the ships. In 1916, Dybenko was again caught in revolutionary agitation - he received 2 months in prison and then was left in the navy. This is called - I don’t know another such country ... In Europe, they would have outweighed this, would have melt everyone.

General MV Alekseev developed in the summer of 1916 a draft of the “dictatorship of the rear”, but Duma leaders headed by MV Rodzianko forced the king to abandon this idea. Alekseev was able to create a special investigative commission to combat sabotage and economic sabotage under the command of General N. S. Batyushin. Counterintelligence agents dug a huge amount of material, arrested Rubinstein’s banker, Zhivotovsky financiers, industrialists Shapiro, Rauchenberg and others, searched Nobel’s company, Vneshtorgbank, International Bank, found circulars of the German General Staff and other interesting materials for which you could shoot traitors and enemy agents. But against the commission of Batyushin, the “public” made a wave, industrialists and bankers appealed to the tsar, in the West they called it “Jewish pogrom”, and the emperor capitulated, ordered to close the case. 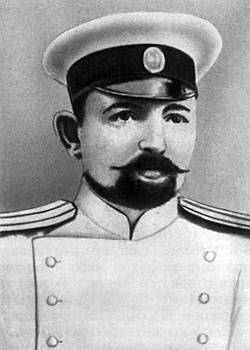 Large financial investments in subversive activities on the territory of the Russian Empire were made by American financiers, for example: P. Warburg, J. Schiff, Morgan, and others. Together with other financiers from Europe, for example, the Austrian Rothschilds, they conducted subversive activities against the monarchies of Europe, but the first , according to their plans, the Russian Empire should have fallen. The special services of the USA were involved, the British special services through Colonel House, and so, House's associate was William Weisman, a resident of British intelligence in the United States. Through him, House's geopolitics was consistent with the elite of England.

It was in the USA that they began to create their own grouping of Russian “p-revolutionaries”, independent of the Swiss group. So, Kollontai, Parvus's ally - Larin-Lurie, Bukharin, Trotsky and others found themselves in the USA.

Thus, powerful forces, very heterogeneous, acted against the Russian Empire, some were even opponents of each other. But the goal was the same - to overthrow the empire, destroy it, dismember.

So, the February Revolution came as a surprise to Berlin, to the Bolsheviks. Although they did their best to “rock the boat,” it was not their revolution. It was arranged by diplomats (for example, ambassadors of Buchanan, Paleolog), special services of England, France, the USA, "financial international".

The conspirators were not the queen, not Rasputin, not the "military lodge" headed by Alekseev, gossip about them spread to finally undermine the authority of the monarchy. Among the "werewolves" who betrayed the empire was P. Bark, the Minister of Finance, who concluded strange agreements with the "allies" about loans. When loans were "secured" by sending gold to London - during the war they sent gold to 640 million rubles. Apparently, in recognition of his services to London, he received an English order in 1929, then was elevated to the knightly dignity by the king of England, and in 1935 also received the title of baronet of the British Empire. 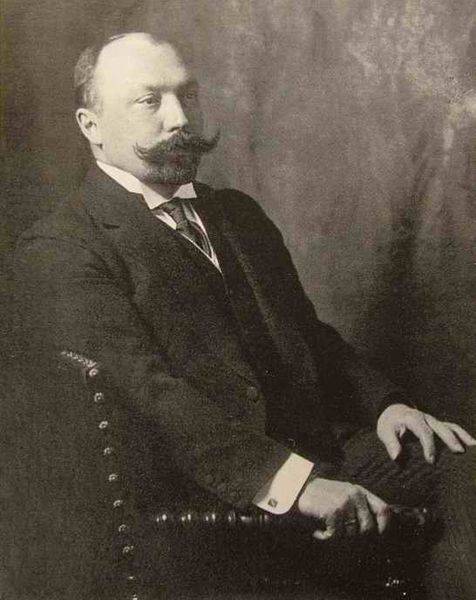 Under his protection 2 January 1917, for the first time in the empire, the Petrograd branch of the American National City Bank was opened, his first client was one of the "werewolves" M. I. Tereshchenko (Minister of Finance of the first Provisional Government). He received a loan in 100 thousand dollars, without negotiation, without specifying the purpose of the loan, collateral, repayment terms. 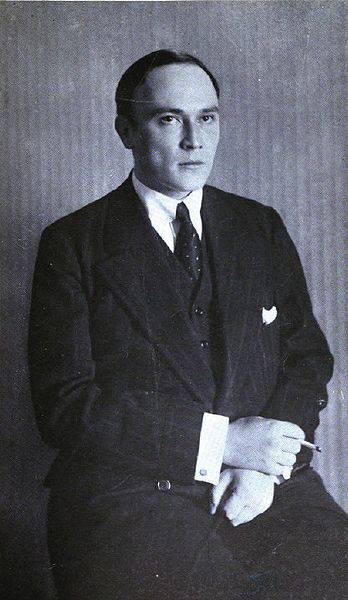 Another "werewolf" - Interior Minister A. D. Protopopov, he did not inform the emperor about the police reports - about the plot, detained information about the unrest in the capital for several days, at a critical moment initiated the dissolution of the government, causing anarchy in the capital. Another “werewolf”, a comrade of the minister (according to modern - the deputy) of the communication lines of Lomonosov, sent the emperor's train to Pskov, instead of Tsarskoye Selo. 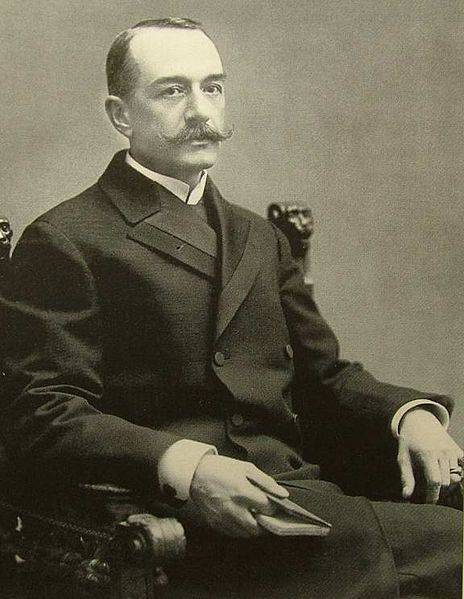 At the beginning of 1917, Sydney Reilly visited Russia for "affairs", then Lord Milner himself (head of the Great Lodge of England, banker and Secretary of War of England). Hotel "France", where the British delegation stayed, became a real "headquarters" of the upcoming revolution.

Proof that the West was the main organizer of the February Revolution is the fact of the super-fast recognition of the new government of Russia. Washington has already 22 March recognized the Provisional Government legal. 24-th new government recognized in London, Paris and Rome.

Therefore, the myth that the Bolsheviks, financed by Berlin, had committed a revolution in Russia, must be forgotten. Germany and the Bolsheviks were minor detachments, "tools" in the hands of more skilled players. In the February revolution, they played almost no role, for them this revolution came as a complete surprise. Only then did they become a "cover" for the true culprits of the Revolution in Russia. 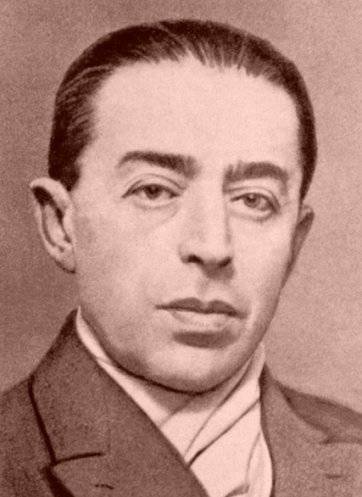