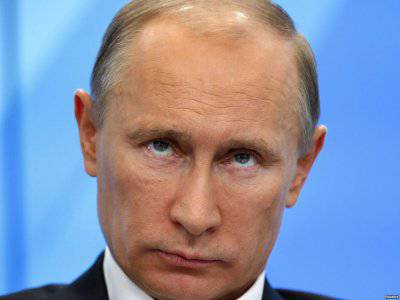 Dear colleagues! 4 May is the day of the arrival of the first swallows. If someone, having read these lines, is surprised, he can be understood. Everyone remembers the picture of the classic of Russian painting “The Rooks Have Arrived”. This beautiful picture, in which the main characters are rooks - birds, bringing on their wings the news of the arrival of spring. But I mentioned equally cute and symbolic Russian birds (swallows) - as forerunners of the coming changes. Indeed, it is not without reason that the expression “first swallow” (an expression about upcoming (positive!) Events) is widely used in Russian speech. Here I also want to mention a little bit about these swallows. This is the preamble, and most importantly - below.

I read with pain in my heart (like many of you), watched news and worried about the events in Ukraine. And how can you remain indifferent to what is happening at our place, where our Russian people are tormented, where many of us have relatives ?! And I understand the feelings and emotions of many members of the forum who are wondering: “What to do?” The statements are different, and many of them can be understood. I can not understand (and do not want) only those who sow doubts in the hearts of our citizens.

More specifically? Offhand, standard and very often not sincere: “What about Putin? Why is it silent? ”,“ And where is the help to Russia and the promise not to give up? ”, Etc. But the most provocative, vile, vile and evil are those where there are assumptions of complete inaction and inability to change something on the part of the leadership of our country. And after all such doubts are thrown under a patriotic sauce to the place and out of place. Sometimes an article that has no relation to the topic in Ukraine is necessarily “reinforced” by a comment with an obligatory message about the impotence of our government. Foul all this.

And you, colleagues, can see this for yourself if you return to the article about the billionaire- “scam” Prokhorov or to some articles about Ukraine, under which dirty polukommentiy followed, half hints in the style of “... we will sit on the pope exactly ...”, “... I will not point the finger ... "and" ... what can we do? Never mind!"

God be with them, with these “analytics”! The fact is that questions about the possible answers of Russia to another call made to it by the pseudo-democrats from the West are present not only in the VO Forum, but also in other forums. And this is understandable. But guys, let's learn to gain patience and wait for an adequate response to the events from our president. After all, more than once or twice, he gave us a reason to make sure that he can answer in the way no other president can answer, and this has always only strengthened Russia's role in the world!

So this time. Wishing and able to see and analyze, could notice that on May 2 a video appeared in the network - an appeal of the Crimean militia to mothers whose sons serve in the ukroarmia and whose geeks are in a gang called “Right Sector”. Adults, strong, confident and calm in their strength men said something like this: “Mother of the“ Right Sector ”! Get your kids out of our way! We are going to destroy and not to take anyone alive! ”If you look at the faces of these WARRIORS, we will understand that this is a pro. These are guys who perceive the war not as a shooter and a runner, but as a harsh, hard, but necessary work. There are guys of all kinds of military estates - marines, krapoviki, cossacks, and just veterans who have passed through hot spots and have not smelled gunpowder, but I can’t breathe in them. And they tried (yes, yes, tried!) To resist the pimply youngsters from the “PS”, who got the armor, helmets and imagined Rambo!

And now to “yes, yes, they tried!” Leaving early for work, he still picked up the news that the defenders of Kramatorsk were pushed back into the center, and the Slavs slowly squeezed to the center, putting up a feasible resistance (and even slammed a foreigner with a sniper). It was hard on the heart, and the thought of the Crimean militia also visited. But, having come to 16 hours from work, having cut in the Internet, I was happy to see messages that the junta is DRAPING! And drape in such a way that turns the armored personnel carrier upside down in haste!

Explain to me, non-believers in response to Russia, with what a frightful brave pravoseki rushed from the previously occupied positions so that the boxes do not even take the infantry? And explain to me where did the BMD forces appear in the Slavyansk militia? This is despite the fact that the 25 th brigade “presented” by the paratroopers before the attack was shot down (from reports of the Slav militia itself) on the day of the attack by Ukrainian helicopters. There are no militias in the garages anywhere that have riveted a few units these days.

Now compare the following facts:
1. Putin is silent.
2. Russia chases its troops along the border, spitting on the demands of Washington to remove them from there.
3. Russia is building up a military grouping on the Crimean peninsula.
4. The statement is made by the head of Chechnya, Ramzan Kadyrov, in which he says that Chechen guys are waiting for the president’s order at any hour of the day and night.
5. The statement is made by the head of Dagestan Abdulatipov, in which he promises that the guys from Dagestan are ready to help their brothers in Ukraine.
6. In Odessa, an inhuman massacre, organized by ukronatsista.
7. Peskov speaks with the statement that Russia is now losing leverage over Donbas militias.
8. There are reports from Slavyansk, Kramatorsk and Alekseyevka that ukrovoysk retreated from all previously captured positions.
9. In the video from the scene, the militia calmly states: “The technique is gone. Infantry lagged behind. If we find somewhere, we remove ... "

What kind of inaction of Russia and Putin’s inability to make decisions after that can be talked about? Decisions are made! And such that from the point of international law everything is in chocolate, and Obama, who yesterday joyfully and inspiredly spoke about supporting ukronatsistov and the sanctions with which Russia must pay, will soon fall off the face again - it's like drinking.

With which we congratulate all of us - SWALLOWS ARRIVALS!