US journalists did not find a Russian trace in Slavyansk

4 May 2014
242
Correspondents of the American newspaper The New York Times admitted that they did not find evidence of Russian participation in the events in Ukrainian Slavyansk, where they spent about a week. 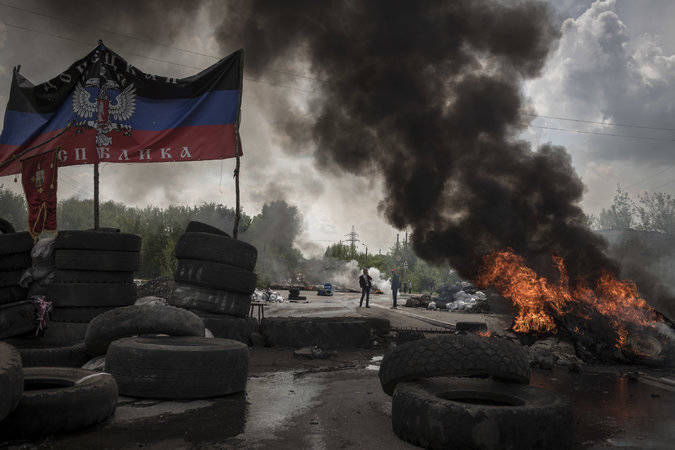 The publication they prepared on the basis of their stay in Slavyansk says, in particular, that “Western official representatives and the Ukrainian authorities insist that they lead the militants, they are organized and supplied by the Russians.”

Nevertheless, the authors of the article, who actively communicated with the soldiers of the 12 of the Slavyansk people's militia, are forced to admit: “The rebels serving in the 12 of the company turned out to be Ukrainians, who, however, had close ties with Russia, including related like many in eastern Ukraine. Many of them are veterans of the Soviet, Ukrainian or Russian army. " At the same time, journalists noted that the rebels have enough combat experience in order to cope with their duties without the participation of the Russian military, and not in the way "as stated by officials in Kiev and in the West."

The newspaper writes that, as confirmation, the militias of Slavyansk showed them their weapon. "They said that if Russian intelligence had helped them, they would have more modern weapons, and not the outdated ones that we saw at checkpoints or in places where the company is located," the journalists said.

They pointed out that "the same weapon was seen in the Ukrainian soldiers, special forces of the Ministry of Internal Affairs of Ukraine": Makarov pistols, Kalashnikov assault rifles, several Dragunov sniper rifles, on which they saw stamps stating that they were made back in 80 or 90. years of the last century.

May 2 Ukrainian troops attempted to assault Slavyansk. According to his militiamen, all roadblocks along the perimeter of the city were massively attacked. In this case, helicopter support was used. Losses are on both sides.