The food security of the planet is under threat 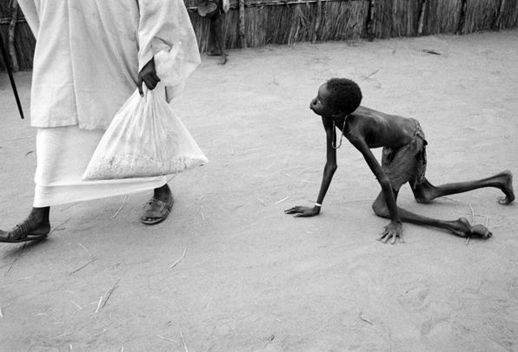 The food problem threatens the planet with a new wave of wars over water and agricultural land. According to UN statistics, already in 2011, the food price index jumped by March, as in the 8 months of the 2010 year, although the 2010 year was very difficult in terms of food, many in Russia noticed that the prices of cereals, potatoes, and basic products rose sharply nutrition of ordinary people.

Until the last two decades, price hikes were of little importance, as they quickly returned to their original prices, which helped to maintain relatively normal stability on most of the planet. But in recent years, both causes and consequences have been threateningly changing. Usually, price hikes were due to bad weather: the absence or insufficiency of the Indian monsoon, droughts in the states of the former USSR, or the heat in the Midwestern United States. In the following years, nature was gracious and the yields were good, and everything returned to normal.

But the current rise in food prices is due to more fundamental reasons:

- population growth causes consumption growth, besides, a part of the population (for example, in China) has changed diet, they began to consume more food;

- a significant portion of food is converted to biofuels;

- there is no transition to a new level of production, more technologically advanced, we need a new “Green Revolution”.

Approximately every day the number of inhabitants of the planet, “eaters”, increases by 219 thousand people, per year - by 80 millions - this is a whole big country, such as Egypt. The population has almost doubled since the 1970's. In addition, about 3 billion people changed their diet, for example: the middle class is growing in China, if before the Chinese were content with a handful of rice a day, now, as Europeans, they began to consume more eggs, milk and meat. This causes an increase in global consumption of the livestock industry, but the cattle, too, need to be fed, the demand for corn and soybeans is increasing.

The world is worsening the situation with a variety of crops, there is a unification of them, fewer and fewer varieties of apples, pears, grain crops, etc., which also undermines the food security of mankind.

Developed countries, the United States and the European Union, began to switch to biofuels, reducing dependence on external sources of hydrocarbons. So, in 2010, in the United States, approximately 400 million tons of grain was harvested, of which 126 million went to reprocessing fuel plants. Currently, grain consumption on the planet is about 2,2 billion tons per year, a decade ago, the annual increase in grain consumption was about 20 million tons, currently it has grown to 40 million tons. And the higher the price of oil, the more profitable it will be to recycle grain for biofuel. The second place in the world in the production of biofuels is Brazil, Another largest food producer in the world, it is more and more sugar cane being used to produce biofuels. The European Union plans to get 2020% of the transport energy from renewable sources, mainly biofuels, for 10.

Another basic reason that threatens humanity with the prospect of a series of cruel wars is the problem of water. So, Saudi Arabia, most of whose territory is desert, could 20 for years provide itself with wheat thanks to groundwater. But now its production is collapsing due to the depletion of the country's aquifer. Saud will soon have to import all the grain. Almost all Arab countries and much of the countries of North Africa are experiencing significant problems in grain and other food. The population is growing rapidly, water is no longer becoming, but on the contrary, groundwater is depleted. So, Egypt soon, possibly in alliance with North Sudan, will fight with African countries, neighbors along the Nile, to maintain water levels. Grain production falls in Iraq and Syria, in Yemen, water is generally the main problem in the country.

India and China have enormous problems: India has drilled up to 20 million wells, and the water level is constantly falling. According to the World Bank, 175 of millions of Indians live thanks to grain grown from the water pumping method. In China, this method is actively used in the North China Plain, where it is used to grow up to half of the country's wheat and a third of corn. For about 130 million Chinese corn grown there, the basis of nutrition. What do the tens, hundreds of millions of people, when the water is completely exhausted? Only in Northern China annually about 1400 square. miles of land become desert.

Agricultural land is being destroyed by soil erosion, excessive pumping of water, the occurrence of salt marshes, etc. China, Haiti, North Korea, and a number of other countries are experiencing heavy land losses.

If the problem of oil does not threaten the catastrophe of all mankind, then the loss of soil and the problem of water threaten with catastrophic consequences and a series of cruel wars of destruction. European officials propose to solve the problem, fighting speculation in the food market, but this does not solve the underlying causes, it can only relieve some of the symptoms of the “disease”.

The danger could be overcome by the new “Green Revolution”, the Scientific and Technical Revolution, a qualitative leap in development. For example, the problem of arable land can be solved by introducing the technology of growing food products using hydroponics, with artificial lighting. According to the calculations of scientists, in order to feed all of humanity enough territory occupied by the state of Massachusetts plus Vermont or the Netherlands plus Jamaica, you can use the skyscrapers, it will reduce the territory.

But the "world backstage" stubbornly promotes a plan to reduce the "excess population" ...