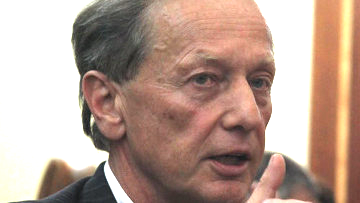 Ta-a-ak is interesting now in Europe!


Previously, the world traveled here to have a look, to learn something new for us, the former Soviet neum. Now I go to expand the repertoire for myself - a non-giving satirist.

Firstly, almost everyone here is frightened by Russia and fears that the Russians will attack them. After all, if they conquered the Crimea, they would not stop at that.

The taxi driver who drove me from the airport did not know that I was Russian. I thought, Estonian, because I am from Latvia. He told me in colors how the Russian army, as a result of several battles, won the Crimea from Ukraine. All his hope is now for Americans - they will cope with Russia. They saved Europe from fascism during the Second World War and executed Hitler in an electric chair. And how Crete suffered then! Indeed, during the First World War, Hitler and Napoleon attacked him together. Funny picture, yes? Two such monsters, holding hands, attack the island. Well, did not call them Russian.

It became terrible to admit that from Russia. I decided to joke in one restaurant and answered the question “Where are you from?”:

Believe it! Now you understand why they believe in everything that is shown on euronights? Because really "Well, that-u-pee"!

And no one — who asked anyone — knows where exactly Ukraine is located. Moreover, and not very interested in this. The closest answer to the correct answer was: “Somewhere in the north of Russia”. Someone said that between India and China. I did not specify exactly where.

How can they be explained that Crimea has always been Russian, if they believe that Liechtenstein is an island, and Leonardo da Vinci organized the first gay parade in Europe?

Yesterday I saw a bachelorette party in the restaurant, and all the girls had balloons in the form of male genitals. And that was their fun. Well, what is the rationality to expect from them?

Most adults even think that World War II was in the 19 century, because the year 1939 is at the beginning of the figure 19.

That is why people, from the point of view of world demons, should be deprived of education in order to believe in what is shown on TV and write in newspapers at the direction of the demons of power.

Education, both in Europe and in America, is now on the other side of the x-axis. More precisely, most people lack education. The one who lives without education, lives lifelessly, i.e. hopelessly.

I stay in hotels that do not allow children - «children free». Children in the west are noisier, bolder even than the children of the rich in expensive Moscow restaurants. It would seem that adults are healthy people around ...

But God forbid, listen to what they say. First about the weather, then about the food. What they ate, when they ate and where they would eat tonight. Until midnight, can argue, what grass gave the refined taste of gravy: kenhel or kinua? Those who are more advanced, still talking about dogs - what to feed the dogs? That is also about food. Those who do not talk about dogs, they talk about cats. Which cat food tastes better? As if all the food themselves are trying.

However, sometimes from cat food go to a super-problem that worries most in the West: allow Siamese cats to have an abortion or not?

Not people, but animals that believe in food and their own constitution, invented by specially developed animals for animals underdeveloped.

The most annoying thing is that more and more programs about food are shown on TV channels. Moreover, even the “stars” were drawn into this business. It turns out that all our "stars" love to eat so much! That is why only I have to follow their advice? If I eat according to the recipes of Natasha Koroleva and her mother, I will be blown away! They say that these programs about grub even have a rating. And he is increasing! So, unfortunately, we are also approaching animals. A pity.

Yatsenyuk pity. He travels around the countries and urges everyone to do at least some disgusting Russia, albeit petty, but disgusting. And they agree to various minor things, as long as Yatsenyuk lags behind them with his Ukraine, which, it seems, has already been harassed by many. The main thing for many in the west is not to give money, but to get rid of small dirty tricks.

Two such met egg heads: Obama and Yatsenyuk. Both offended, from malice even more lost (from the word "bad").

Yatsenyuk, by the way, is losing weight before our eyes. It is clear, because America sent humanitarian aid to Ukraine - dry rations for the army. For such assistance, even the Ukrainian army refuses to fight in the south and east of the country. For them it is humiliating! This is America’s concern for Ukraine - the Verkhovna Rada requested 18 billions, and she was given dry rations, apparently, for the same amount! I wonder how many years the Verkhovna Rada will eat rations that the Ukrainian army refused to eat? The challenge for today's math textbook.

In general, if no joke, we need to thank America! Greater concern for Russia than their sanctions, it was impossible to show.

Practically, America began the fight against Russian corruption - Medvedev had a thin intestine.

The ruble is down! Finally, it becomes profitable to develop its own production. People have been waiting for this for a long time.

We must also ask Obama and Europe to include in the new list of sanctions a clause banning the importation of all their products into Russia. Let them eat them and turn through GMOs into schmuck!

Russian businessmen have accounts closed abroad - great! Capital flight is decreasing day by day. No matter how bad they are, they will have to invest in their homeland.

What else? NATO ceased relations with the Russian Ministry of Defense. And what frightened you? The fact that NATO-vskih spies will hang out less in Russia for free? Well done, well done! It is time to stop sniffing out what we have, where and how it lies? Along the way, with Russian women, novels start. Let them go around with their dreams and turn into gays.

Stop the overall development of new state-of-the-art technologies! Too long ago, it was time to tie this up - for amerikosy, they would merge their finds for their grandmothers. Russia has always been a scientific inventor. To embody, however, was not always able. It's time to learn it yourself. And do not try to quickly "Grandma cut down" and sell secrets abroad cheaper.

We are the main thing that we pressed!

In general, it seems, the flourishing of Russia is beginning - they stopped hypocritical hugs with enemies for their loot.

Look at Putin and Obama? Our grinning, rejoicing, their all the time angry, already lately blackened even more. And the head has become absolutely small - an egg with ears!

And how can we not be happy? Americans decided to stop the space program with Russia. At the suggestion of Obama! And then suddenly it turned out - well, stupid! - you will have to re-create your launch vehicles for new satellites. There are more expenses from this sanction than losses from Russia.

No, well, you can, of course, launch a new satellite with the help of a catapult. I thought that the lever should be exactly the length of Kiev. In Ukraine, all those who have received humanitarian aid from America with dry rations, they are eaten, they jump at the same time on one end of the lever, and the Americans take off their satellite from Florida!

There are rumors that those officials who fell under the sanctions are envied by those who have not been noticed. After all, the "sanctioned" country now knows that it has become popular as pop stars. The business went better. For the first time people began to treat them warmly. Many of the unnoticed have already petitioned the European Union and include them in the next list of non-admitted and non-impassable people. And be sure to publish the names in the press!

There is only one thing left for the Russian authorities - to transfer their Yanukovichs in time from their posts to zones! So that we have "marsh maidan" did not happen soon.

And the liberals should be protected. Von Nemtsov missed in vain - without him will be more boring. And in relation to Israel is not good - after all, he will begin to stir up something there too. There are some politicians who, like satirists: if they do not bully, adrenaline is not developed.

The main thing now Novodvorskaya not lose. I already thought it turned into a museum piece - no, it came to life! Mummy is back! She offered the "Right Sector" to start a war with Russia! Itself wants to join the ranks of the "Right Sector", become a member of the Ukrainian army, pick up the machine gun and go to war with Russia. And in fact, we understand, I just wanted to become soldiers' barracks - in the “Right Sector”, hoo! In life, after all, there was an obvious dislike.

Who said that Khodorkovsky is clever? Maybe an intelligent man, being a citizen of Switzerland, who flew away from Russia on his personal plane, where he sat for the thieves' combinations, would fly to Donetsk and try to persuade decent poor miners to surrender to the mercy of the Ukrainian authorities? Does he seriously think that he is an authority for them? Then he is a fool, not a Jew. And Donetsk guys look at him with bewilderment: “Why did you fly to us? It was not enough for us alone - Akhmetov, who had robbed us for years and was the first to lay under those who fed him and betrayed him under the new power? ”

And all this is due to the fact that Euro-hohlis are complexing in front of Russia and the great Russian language, which is being respected by intelligent people of the whole world!

Do you want to undermine the love of Russian for their native language - recognize it as one of the state and arrange for the Russian language in the Unified State Examination schools! The youth itself will hate it! And everything will be solved peacefully!

PS In general, it sometimes seems to me - and, I think, without reason - that the same Putin and Obama and Merkel have long decided everything and Ukraine was divided in their plans. Now only plays are played. Like, we will take sanctions against you, which will not cause you any harm, and even vice versa. Of course, you tighten the belt a little, but then you will get your third from Ukraine. Well, we - his! Of course, we will shake up the muscles on both sides, shake each other ... And most importantly, we will earn a lot on this!

And the suckers have seen: you will be deprived of those that you believe in, we ... those who had previous power for 100 bucks a month, and we will have for 30!

PSS Cool someone from the illiterate young trapped peppers tweeted with pride and mistakes at the same time: “I am a Penderove, my parents were Penderovites, grandfather, grandmother ... We have a whole Pendera family!”

Ctrl Enter
Noticed oshЫbku Highlight text and press. Ctrl + Enter
We are
About Stalin and KhrushchevWhat you didn't want to know about England
Military Reviewin Yandex News
Military Reviewin Google News
227 comments
Information
Dear reader, to leave comments on the publication, you must sign in.