3 May 2014
38
An article from the same site titled: “A political scientist called the date of the beginning of the civil war in Ukraine” inspired me to write such an opus. "The civil war in Ukraine can begin on 26-27 in May of this year, because supporters of federalization, naturally, will not go anywhere, and, obviously, they will not be satisfied with some superficial amendments to the Ukrainian Constitution, which will not change the essence, will not change the basis of domestic relations within Ukraine ”(Dmitry Suslov). 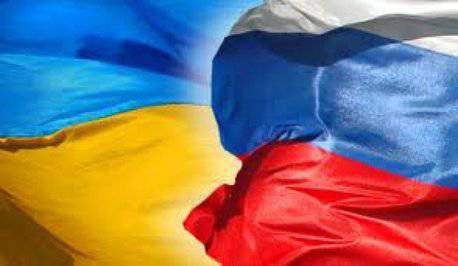 In principle, the Western leaders are seeking a similar situation.

Representatives of the atlantist establishment simply need a president or a person, whom they could somehow recognize as the head of state, otherwise all their actions are contrary to all the laws of international law invented by them. Otherwise, any attempts to support the currently existing impostors look illegitimate even in relation to the domestic legislation of the United States and other countries of the NATO bloc. It is this legislation that does not provide an opportunity to provide any assistance to the extent other than humanitarian. There is a need to change the current situation at any cost. It is necessary to bring a loyal doll to power and subsequently, on full basis, to render military assistance in its full capacity, up to the introduction of the armed forces of the NATO countries and the cruel suppression of the pro-Russian regions.

Understanding that in the prevailing situation inside it is extremely difficult to pull up the election results to the necessary (Southeast is going to ignore these elections) on the “independent”, they have already changed the constitution, and the elections will be held even if one voter comes to them. The goal is almost achieved. After the election, you can start the active phase of this interlude.

The Republicans submitted a bill to the United States Congress on the provision of military assistance to Ukraine for 100 million dollars and the imposition of sanctions against the largest Russian banks and energy companies. We can say that these are tears, but the game is multi-pass. Ukraine does not need any more, it is a changeable card, it’s not even a lackey in these plans - it is a decoy duck, a bait that will simply be devoured. Chances are that it will cease to exist. The task of the Kiev authorities set very clearly: to unleash a war between Europe and Russia. This is precisely the reason for the wild hysteria that is unleashed on the territory of the fraternal people: we must be pushed and involved in this fight by all Eastern European states. And then Ukraine will not be interesting, and let Russia do with it what it wants. Moreover, the role in the future is already predetermined by it - the great dump of European waste, now agreements are being signed on the construction of repositories for spent nuclear fuel. The whole calculation goes to the fact that, having led Russia into a European protracted war of attrition, the States kill two birds with one stone: they weaken, if not destroy, the euro as a competitor in the financial market and distract Russia from developing its economy by a very entertaining procedure for meaningless scuffle.

Evaluating the current economic and military situation of Russia, the US State Department is confident that Moscow, in the event of fighting in the European theater, will be unable to control the energy-containing regions of the Arctic and the Far East, and they can be “seized” without hindrance. After gaining control over such a volume of resources, Washington will provide the entire dollar mass released by it with a material basis, which will solve its financial and economic problems, securing the dollar for world currency with the right to issue and further parasitism on the world economy.