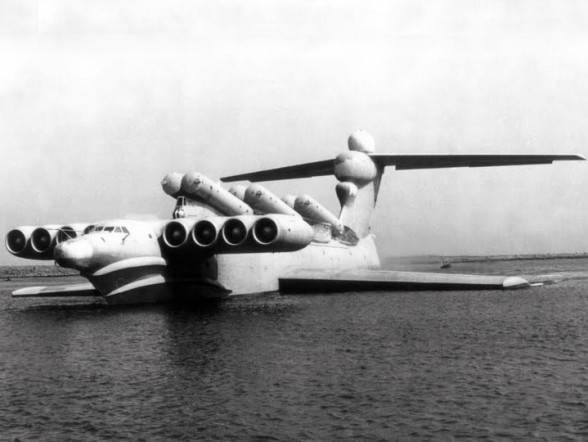 In 1986, the first ship from the series of 400 tons of rocket launchers, weighing 90 tons, was launched. It was called the Lun. A peculiar hybrid with the engines developed by aircraft designer Nikolai Kuznetsov combined the qualities of a ship and an airplane. The project was considered promising, but was conserved in XNUMX. 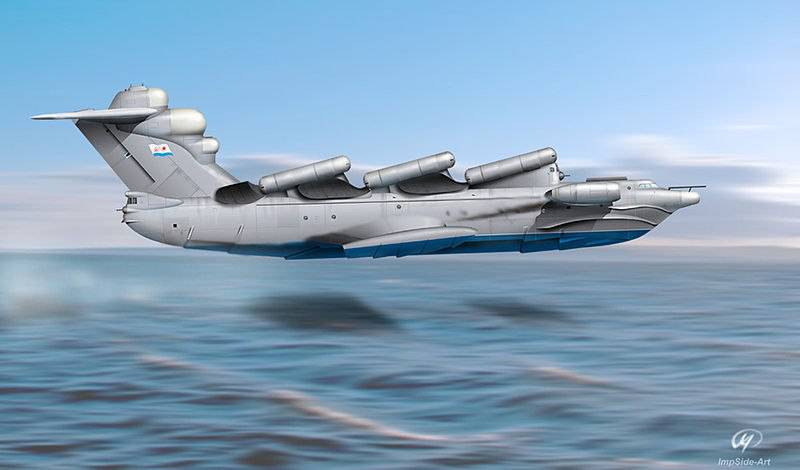 The ekranoplan moves near the surface of water or the earth due to the so-called screen effect: the incoming air flow under the wing creates an additional lift force - an air cushion. It can reach speeds of up to 500 km / h and has some obvious advantages. Moreover, there is a kind of wig, capable of a long time to break away from the surface, going into airplane mode, - ekranolyty.

The first prototype of a military ekranoplan was developed by a Nizhny Novgorod design engineer Rostislav Alekseev. A ship layout (KM) with a wingspan of 38 meters and a length of 92 meters in the West has been dubbed the Caspian Monster. In the air, the engine has been lifted by a dozen engines developed for strategic bombers.

The advantages of ekranoplans over other types of military transport - economy, payload and speed - were evaluated by the leadership of the USSR and the Ministry of Defense. The main "chip" amphibians became its invisibility to enemy radar. The prototype flew at a height from 4 to 14 meters (too low for radar) surface above the sea, did not touch the water when flying (not catchable for sonars). The CM could take on board cargo equal to its own weight (240 tons), while at the same time it spent on delivery five times less fuel than a transport aircraft of similar capacity.

In 1972, Alekseev developed his ideas and created an amphibious version of the ekranoplan "Eaglet", aka A-90. A ship could deliver in an hour from one coast of the Caspian Sea to the other up to 200 marines with full arms or two amphibians tank (BTR, BMP) with crews. At the same time, the ship already had the features of an ekranolet - it could not only glide a few meters above the surface of the water, but also rise to a height of 300 meters. The ekranoplanes of the "Eaglet" type entered the armament of the USSR Navy in 1979. A total of five A-90s were built, the last of which was decommissioned in 2007.

The evolution of engineering Alexeyev eventually led to the creation of the rocket WIG "Lun". The first and, unfortunately, the only copy of the ship was launched on July 16 1986.

The length of the machine has decreased to 73 meters, and the wingspan in turn has increased to 44 meters. The speed of the “Lunya” reached 500 km per hour, and the range of the course - up to 2000 km. The maximum take-off weight was 380 tons. Helped the flight of 8 gas turbine engines NK-87. Armed with ground-effect vehicle by six Soviet mosquito anti-ship missiles. At the time of the creation of one of the most modern developments. “Mosquitoes” move at supersonic speeds (2,5 thousand km per hour) at a distance that makes them difficult to detect and capture anti-missile installations (5-7 meters above the sea surface).

In 1984, the leadership of the Ministry of Defense brought the topic of ekranoplanes to priorities for the department. Among the reasons given by the experts are atypical design, the need for new materials, etc. 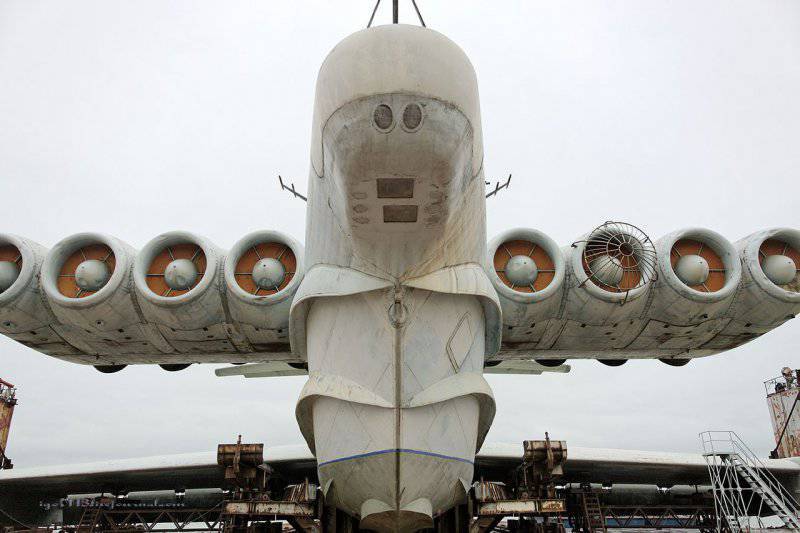 Recently, the development of the construction of wig is remembered more and more often. In March, 2014, scientists of the Far Eastern Federal University announced the beginning of the development of the first experimental model of a passenger airplane. Earlier, the Border Service of the Federal Security Service of Russia announced its intention to resume construction of this type of vessels on a dynamic air cushion. The country's Ministry of Defense also voiced its interest in ekranoplanes, but funding for their development has not yet been included in the state armaments program until 2020.

Ctrl Enter
Noticed oshЫbku Highlight text and press. Ctrl + Enter
We are
Ekranoplanam - to be!Flying over the waves
Military Reviewin Yandex News
Military Reviewin Google News
136 comments
Information
Dear reader, to leave comments on the publication, you must sign in.