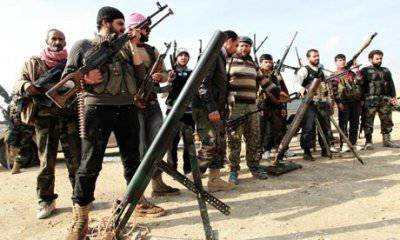 In Moscow, they express deep concern about the next round of escalation of tension in Syria. Criminal activities of illegal armed groups (IAF) against civilians in the course of an internal armed conflict in this country in recent days have reached an unprecedented level of violence.


The victims of the barbaric terrorist attacks of the militants of Jabhat al-Nusra, the Islamic State of Iraq and the Levant (ISIL), the Islamic Front and other radical groups associated with Al-Qaeda in the residential areas of Syrian cities and towns have been dozens civilians, including women and children. At the same time, the tactics of the actions of terrorists remain unchanged - indiscriminate mortar and rocket attacks, the "work" of snipers, landmine explosions, terrorist attacks using vehicles filled with explosives and suicide bombers, aimed mainly against the civilian population.

For example, on April 27, militants subjected the masses of Aleppo controlled by government forces to a massive mortar attack. The terrorist attack claimed the lives of 24 people, injuries of varying degrees of severity received more than 50 civilians.

28 April 2 became a victim of mortar attacks on a man in the Zablatani area and Abbasid Square, one resident died in the capital suburb of Jaraman, populated mainly by Christians and Druze. On the same day, 23 mortar shells exploded in the center of Idlib. The victims of the attack were 3 children and a woman, a 15 man injured.

On April 29, as a result of a mortar attack on the Al-Shaggur quarter in Damascus, two mines hit the Badreddin Husseini Shiite Theological School, where foreign students are also trained. Killed 14 people, 86 injured. On the same day, a car was blown up in the Alavitsky quarter of Homs. The victims of the attack were 36 people, 116 - injured. When people came to the scene of a tragedy to assist the victims, the militants fired a homemade missile at them. 9 was added to the death toll of Homs, and 10 were badly injured.
In the area of ​​Raqqa, jihadists, according to media reports, subjected the agonizing execution of seven supporters of the government they had captured, two of whom were crucified and put on display with the words “he fought against the Muslims”.

In addition to these bloody acts of terrorists, the most harsh reaction of the international community, in our opinion, the practice of illegal armed formations to engage underage children in combat deserves, which is prohibited by relevant UN conventions. So, the other day ISIL recognized the fact of the death of its youngest fighter, a certain Abu Aisha, who was only 13 years old, in the governorate of Damascus. 24 on April on the opposition site "Akhbar al-Sham" was a video recording of the appeal in Russian of the Uzbek "militant" detachment "Jamaat Imam Bukhari", organizationally included in "Dzhabhat al-Nusru". In it, a young jihadist, who looks no more than 13-14 years old, calls for the continuation of violence in Syria until the complete victory of the adherents of radical Islam.

For our part, we call once again on all forces having an influence on the course of events in Syria to take a clear and unambiguous position in the interest of an early end to the bloody armed conflict in this country and to achieve a settlement through the inter-Syrian dialogue without outside interference.