Junta: the process of self-destruction has begun 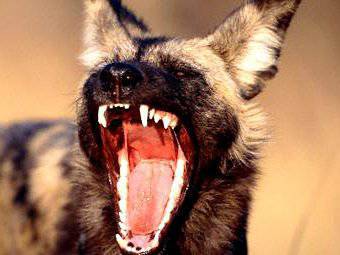 The process of disintegration and self-destruction of the junta is unstoppable. He put too deep metastases inside his body - on them, on these cancer cells of the death of the Ukrainian statehood as an anti-Russian project, he grew up, and now he has begun to eat himself.


A shot at Kernes, besides the actual criminal component of the incident, means only one thing - the process of fights inside the Junta has begun, which will undoubtedly and naturally lead to its disintegration and self-destruction.

Despite all the huge differences in meanings and connotations, it can be said that, by analogy with the shot in Sarajevo, which unleashed the process of fights between the European Empires, which led to their collapse, the shot near Kharkov speaks of the dismantling between the clans inside Junta and moving them into the open phase. And it is quite natural.

The nerve of any revolution, its most valuable resource is time. As Lenin said, “it’s still early today, tomorrow it’s too late.” And what does the junta do? For the last two months she has been wasting time. None of the tasks that were set back in February has yet been resolved: there are no Western loans, no legitimation of power, no prices are rising like yeast, the hryvnia is falling, gold reserves are being emptied. Support from the West, despite visits by senior US officials, is so far only in words. “Anti-terrorist operation” - failed.

The territory controlled by the Resistance forces is expanding every day. Next are Kharkov, Dnepropetrovsk and Odessa. The process of secession from the neo-fascist junta began not only the south-east of Ukraine, but also the west of the country, where in a number of regions the PS took control of the district administrations and kicked out from there representatives of the central authorities from Kiev, appointed by the Yatsenyuk-Turchinov gang. The ultimatum was set by Transcarpathian Resistance forces, which, after 11 May, will be ready to open the Western Front of Resistance.

Under these conditions, when the bank was actually closed, and the United States is looking with regret at the unblown fire of the fratricidal war between the Russians of Russia and the Russians of Ukraine, the Galicians do not count, they will have a special conversation, spiders start to chew on each other without paying attention to the main thing - the lid is already firmly welded and their fate is actually decided.

Under these conditions, the force factor becomes the most important for each of the junta and oligarchs. Removing illegally from the power of Yanukovych, the junta itself imposed the internal logic of development - solely due to the force factor. Only now she has this logic due to the absence of an external factor in relation to which she can apply it (approaching the borders of the outskirts of the two armies of Russia was enough for them to discard the last thoughts about the possibility of a forceful solution of the southeast factor, because obviously that the Russian army in Lugansk, Donetsk, Kharkov, Dnepropetrovsk would not stop), it can only turn inward.

It was for this reason that Yarosh passed over to Kolomoisky - in order to provide power support for his interests in the struggle inside the junta, and not at all for stripping the southeast. That is why Avakov does not give permission for the arming of Dogs, since this weapon the Nalyvaychenko-Kolomoisky-Yarosh-Poroshenko group will turn against Tymoshenko-Turchinov-Yatsenyuk-Avakov.

Naturally, in these conditions, the army becomes the key factor, as the most powerful force factor in the hands of the clan that can subjugate it to itself. A completely interesting picture will come out if the army breaks down into two groups, each of which will start serving only its own masters, but such a scenario can not be excluded from the view.

It is about the awareness of the need to attract the army to their side in the internal disassembly processes inside the junta, and the appeared stuffing about the readiness of some high-ranking Ukrainian generals to carry out another forceful coup - already against Yatsenyuk-Turchinov. In this regard, based on the situation inside the junta, it is not fundamentally important whether the information spread by the CyberBerkut is stuffed or not. The transition to this stage - the involvement of the army in the process of internal squabbles inside the junta - is obvious, since all the remaining remaining power resources in the hands of the warring factions within the junta are already between the clans.

"Alpha" SBU from the military actions against the people withdrew itself. "Golden Eagle" - dissolved, appeal to him to go to the service of the junta - failed. The police is in a disassembled state. A few special forces loyal to Nalyvaichenko and Avakov cannot play a large role due to the small size and specificity of their training - they can pick up or clean up the building, arrest the top of the opposing group, block the city block or district. Hold for a long period of power - no.

At Nalyvaychenko-Kolomoisky remain Dogs Yarosh. Tymoshenko-Turchinov-Yatsenyuk-Avakov has nothing. Therefore, Tymoshenko embarked on the process of forming her own force units and simultaneously launched the process of reformatting the army as represented by its generals, trying to win over to their side. Based on which side the army will take, or most of its units, and the decision of which of the two factions of the junta will win the war with each other depends.

At the same time, two other very likely scenarios can not be ruled out: a) the army will refuse to participate in these clashes altogether; b) in the ranks of the army there is a senior or middle level officer, his own Chavez or Napoleon, who will take control of the army and sweep both junta clans to hell, freeing the people of Ukraine from neo-fascists.

Even today it is obvious that the junta is not ready to hold elections for 25 in May: the CEC is not ready, the territory is not controlled, it is impossible to organize the uninterrupted and legitimate work of polling stations in almost half of the country. Under these conditions, both junta wings are looking for any opportunity to lay the blame for the failure of the elections on another clan and try to get out of the current situation (have the right to leave Ukraine and not go to jail in the West or safely drown in fishing with water from a plastic bottle (die in car accident, sitting drunk behind the wheel), that is, to receive the so-called guarantees of personal safety) before the United States.

The process of disintegration and self-destruction of the junta is unstoppable. He put too deep metastases inside his body - on them, on these cancer cells of the death of the Ukrainian statehood as an anti-Russian project, he grew up, and now he has begun to eat himself.

However, all this does not mean that the resistance forces of the southeast can now relax and order a beer with popcorn. In order to finally paralyze the ability of the junta to resistance, it is necessary to powerfully hold the next ten days of the May holidays. Carry them so powerfully, first of all, in Kharkov, Odessa, Dnepropetrovsk, so that everyone can understand - this is the end, baby. Lugansk and Donetsk people's republics should also extend their authority as widely as possible and take the power in their regions to the maximum.

Only in these conditions, the junta will have only two weeks to prepare for the elections, which will no longer be. These two weeks they will need for internal disassembly. The lack of 25 elections in May, as well as their postponement to autumn, means the junta’s defeat, since in the absence of a legitimate president, no one government will give a cent to a self-appointed and illegitimate government. Therefore, it is necessary to take the last and very powerful throw in order to wipe the junta from the face of the Ukrainian land and free it from this mold, including the western regions of the country.

In support of this version, the following facts of the beginning of this week work.

First, the removal of Tsarev from the illegitimate elections. This is a very significant step, which suggests that somewhere it is very clearly understood that there will be no elections and have given the command to a young and promising politician not to engage in a circus, which can later negatively influence his political image. Following this decision, as reported by our sources from Kiev, Dobkin, Simonenko and Tigipko can withdraw from the elections. The reason is the impossibility to ensure the legitimacy of the elections. Thus, the election rolls down the drain.

Secondly, a rather landmark statement by the US ambassador to Ukraine, made by him on Tuesday, that the United States approves the restraint of the junta against the Resistance forces and the refusal of forceful seizure of administrative buildings in the southeast. Thus, the United States recognizes the impossibility of using force to resolve the conflict between the two parts of the country. Under these conditions, this means the disintegration of Ukraine in the Czechoslovak variant.

Thirdly, yesterday’s massacre in Kiev between the Dogs and Maidan’s Self-Defense. A trifling excuse - they did not let me pass along Maidan - turned into a battle with the use of firearms. And it is in the center of Kiev, right under the noses of the authorities. This is another confirmation of our version that not finding a way out, aggression rushes inside the current Kiev regime.

A regime based on blood, hatred and fear begins to devour itself.

Ctrl Enter
Noticed oshЫbku Highlight text and press. Ctrl + Enter
We are
About Stalin and KhrushchevRussian revolution: the debunking of myths and nontrivial view
Military Reviewin Yandex News
Military Reviewin Google News
171 comment
Information
Dear reader, to leave comments on the publication, you must sign in.