Association of Slavs or the division of Ukraine? 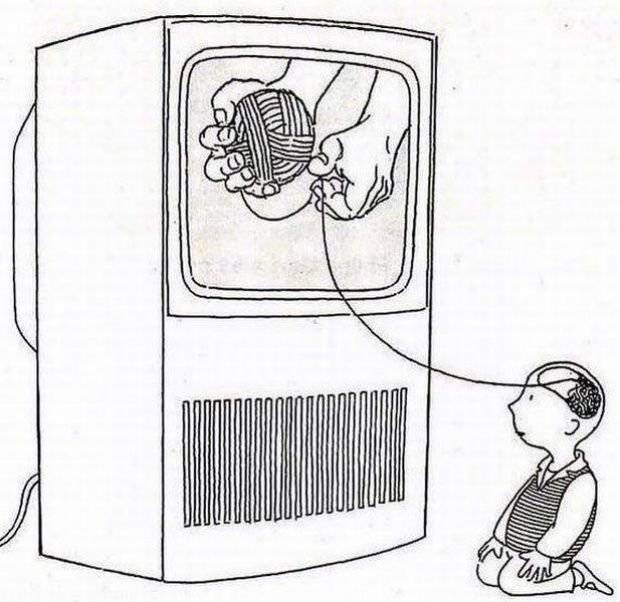 Any combination increases the strength at the plus sign, i.e. with an increase in social standards, when a fair system is built, in which the laws of harmony and development will be approved. What will result in a jump in spiritual and technical progress. The crown of such a development is the absence of parasitism and lies in the relations of people, when all degenerative manifestations in a person will be condemned, and degenerates will be isolated, so that there is no continuation of their kind. It is like a ban on the reproduction of the insane.

In such a society there will be concern for every person, for a healthy perception of reality, without lies and distortions, will immediately indicate the indispensable condition of the mental and physical health of society. It will be perceived as a single organism in which each cell takes care of each other and the organism as a whole. Otherwise, when a certain “cell” (man) begins to swell due to devouring its relatives, or even not them, but common resources, thereby depriving others of food, then this neoplasm on the body of an organism (society) will definitely be interpreted as cancerous, which you need to urgently cut with all the consequences. For otherwise, the tumor will metastasize and kill the entire body.

In such a society, the development and health of exorbitant unknown “organisms” at the expense of the health of their “cells” will not be encouraged. And after all, all imports work for this, because everything that can be produced in one's own country should be produced in this country, arranging a healthy competition between manufacturers under strict quality control. How much of what the state can produce at home, now degenerates, under false arguments, are imported from abroad, thereby condemning their own people to degradation and poverty?

It is this degenerative policy that is imposed on the spiritual monsters who created the system of "global suicide." It is they who gather people under various signs like the EU, in order to destroy and reduce the population, bring down the economies and the states themselves and dissolve the nations in faceless multiculturalism under common degenerative laws.

To penetrate a closed social community such as Japan and China, the system imposes so-called investments from abroad. This snag is advertised by degenerates as an indispensable condition for development, in fact, with the current format, it is just the penetration of the degenerative system into the body of metastases. For example, in impregnable Japan, which protects its economy and culture from destructive elements, a gap has been found through which metastases penetrate, which can be observed in spiritual degradation. They have already sold in large quantities children's toys in the form of genitals, etc., i.e. approach for decomposition found.

"Crazy globalizers" tend not to leave on the land of islands of chastity that are not controlled by the system. Because degradation should be widespread, it should not show the difference of some compared to others. This is the whole phenomenon of the current globalization, as it is now considered to be inevitable, which is also important for strengthening the inevitability of this process in consciousness and, as a result, of submission. In fact, globalization with a minus sign is a suicide of civilization, which must be fenced off by all available means.

Any other association under the guise of justice and detachment from the parasitic system is strictly condemned by the whole world, or rather, by all governments and media controlled. That is why there was no condemnation of the disintegration of Yugoslavia, for this is in line with global suicide, which means further absorption of its pieces by the European Union.

But what a stench is raised by those who like to divide and conquer, about the processes in Ukraine. And all because it is not a division in its essence, but a potentially dangerous association of Slavs under the signs of justice, which can be the beginning of a harmonious development and highlighting of the entire degenerative way of the cannibalistic system.

Such an association is not accepted by stupid fans of global suicide, because their ideology is woven from lies and hypocrisy, when black is called white, and decent people either break and make of them their supporters - spiritual freaks and liars, or rot in poverty.

Therefore, what separates people, educating them in the spirit of ardent egoism and maximum care for their family, now hypocritically calls for the protection of the interests of those degenerates who decompose and destroy society under the guise of new-found entities like the EU. But at the same time their slogans are adapted for the perception of the people, they call for patriotism and the defense of Ukraine. They hide the fact that the EU must absorb and digest the whole of Ukraine so that the difference is not visible. Therefore, a divided people, brought up in the spirit of individualism and mutual hatred through a degenerative market economy, is now seeking to unite in order to save something that all of a sudden did not belong to the oligarchs and corrupt politicians, but to the people. Any lie and substitution of concepts is used in the course, the main thing is to avoid a potentially dangerous union of Slavs, which at this stage looks like a partial division of the country, which is what foul manipulators play on.

The people themselves must choose with whom on the way - with degenerates into the abyss, or with healthy forces - to revival and unification. And people's awareness of what is happening, its withdrawal from the influence of zombie media programs is one of the indispensable conditions for enlightenment.