Scientists have invented a laser machine capable of causing rain.

April 30 2014
16
American scientists from the University of Arizona have developed a laser machine that can provoke rain and lightning. It is reported that in the future, such an installation can be used to control the climate over a long distance. If the invention is successful and highly effective, the person will be able to control the weather and climate. American scientists have found a way to use a double laser beam to condense statically charged particles in the clouds, which leads to the formation of rain and lightning. However, this idea is not new: the use of high-energy laser, which could have caused rain, was first proposed by Swiss scientists in the 2010 year.


Swiss researchers from the University of Geneva told that they learned how to induce rain with a laser beam. We are talking about the artificial formation of clouds both in the atmosphere and inside the laboratory. Powerful infrared laser in the laboratory led to the formation of visible water vapor. The laser machine started in a room with air temperature –24 ºС and an increased level of humidity. Laboratory observations demonstrated to scientists that at the moment when the laser beam was directed into the room, the diameter of the “shell” of water droplets concentrated along it was about 50 micrometers. A few seconds later, it increased to 80 micrometers, at the same time the volume of compressed water in the “shell” increased 2 times. This process developed rapidly and was clearly visible to researchers.

The Swiss scientists attributed this effect to the fact that the light beam separated electrons from air atoms, encouraging the formation of hydroxyl radicals and turning nitrogen dioxide and sulfur into particles, which served as “seeds” from which further water droplets grew. 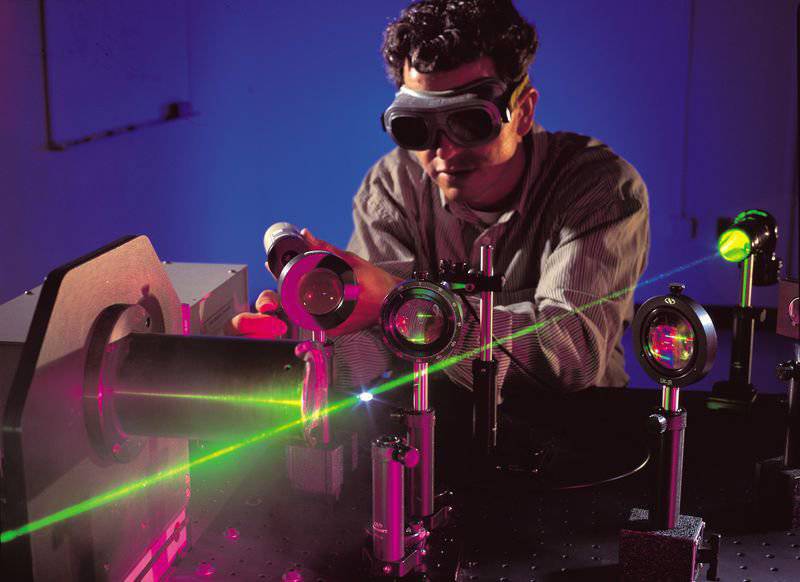 When such a laser was sent to the Berlin sky, the meteorological equipment was able to detect a “pinpoint” formation of a rain cloud, which could not be seen by the human eye. It is worth noting that humanity has long been developing mechanisms for controlling weather and precipitation. Experiments with the seeding of clouds with the help of frozen carbon dioxide, silver iodide or dropping salt over the clouds for a long time. But a research team from the University of Geneva was able to offer a new, much more highly effective method.

However, the Swiss experience did not go beyond experiments, scientists have so far failed to develop a laser installation that would have a large range of action that could be used in practice. The problem is that high-power laser beams behave very differently than bright low-energy beams of laser pointers. A sufficiently powerful laser radiation has the property of self-destruction in atmospheric conditions. At the time of passage of the high-energy beam in the atmosphere, a sufficiently large number of electrons are formed, and this process occurs so intensively that the electrons of oxygen and nitrogen turn into a plasma. As a result, the formation of plasma "eats" the energy of the laser beam.

In addition, in the high-power radiation, the refractive index of the medium increases, and at the boundary of the laser beam, the radiation beams are deflected and refracted. As a result, there is a process of formation of peculiar rings that shoot “lightning-threads”, which dissipate the energy of the central laser beam even more. This process of air ionization is called filamentation; it can be observed in high-power laser systems with ultrashort femtosecond pulses. The radiation of high-power lasers leads to the appearance of a filament, or “filament,” which stretches for some distance, until the properties of the air lead to the scattering of laser radiation. The filament makes it possible to form excited electrons with high efficiency, which are necessary for the start of rain and the appearance of lightning. 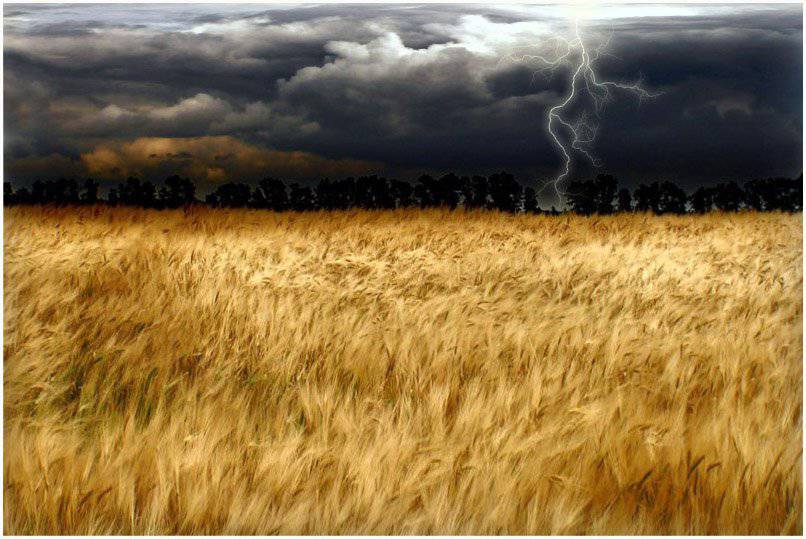 It is worth noting the fact that the very phenomenon of filamentation was predicted even more 50 years ago. Very high hopes were associated with this phenomenon in the field of transmission of laser energy over long distances. However, until recently, all experiments in this area did not bring any special success to scientists, since very high-power laser beams usually fall into a large number of filaments with a high energy density, but with unpredictable direction, lifetime and length. Perhaps it was the American scientists from Arizona who managed to approach the solution of this problem.

The Americans, according to them, unlike the Swiss physicists, managed to calculate the range of the beam, its strength and accuracy. Specialists from the University of Arizona managed to create a new technology that, so far only theoretically, can create threads of arbitrarily great length. The essence of American know-how is the use of a low-intensity laser beam with a greater width, which, like the sheath of an electric cable, can protect the thread from scattering in the atmosphere and also feeds the central laser beam.

This process is as follows: first, a high-energy laser is switched on, which is “wrapped up” into a less intense wide laser beam, after which the wide beam is compressed and the thread is pulled in length. At the same time, the second (low-energy) laser beam plays the role of a peculiar energy storage device, it supports the central powerful beam and prevents the chaotic formation of a large number of filaments. As a result, most of the energy flows through the central "thread" and can cover fairly long distances. In fact, physicists managed to create a kind of flask - another laser beam with less intensity, which protects the main beam from destruction, at the same time feeding it with energy. 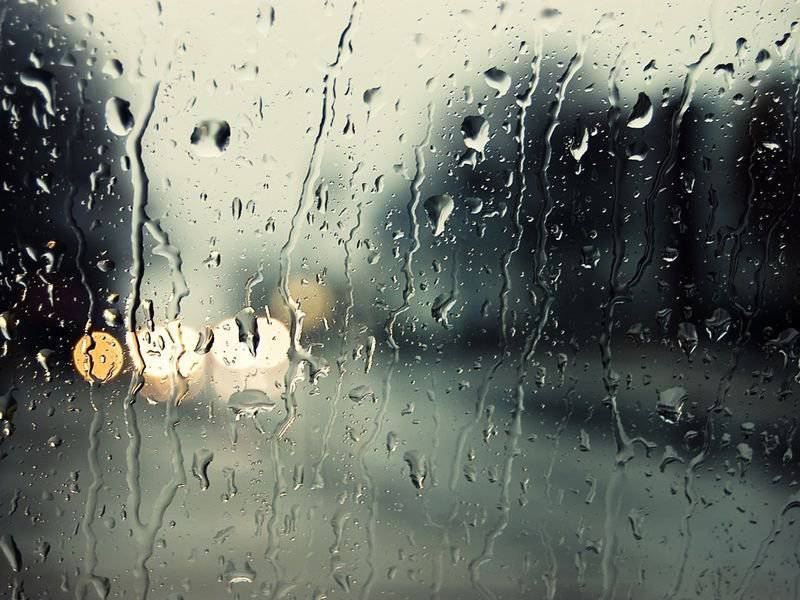 Theoretically presented technology is able to cause precipitation and the appearance of lightning from a distance of at least tens of kilometers. And this means that a laser plant of sufficient power could control the weather over a fairly large area, for example, over a large urban agglomeration. The efficiency of the new technology has been demonstrated so far only in the laboratory. American researchers succeeded in increasing the length of the filament from 25 cm to 210 cm. At the same time, scientists are working on the creation of a new installation that will allow them to bring the length of the thread to 50 meters (calculated value). In the future, according to Demetros Christodoulides, the project scientific manager, it is planned to bring its range to several hundred meters or more.

These developments are already interested in the Pentagon, which began funding them. Theoretical such laser "threads" could be used to transmit a large amount of electromagnetic radiation of any kind, for example, microwave over substantial distances. Simply put, it is about developing a powerful energy weaponswhich could burn out the electronics of the enemy’s combat vehicle from a distance of tens of kilometers with just one pulse. The US military assesses these promising developments very highly, highlighting a grant worth 7,5 million for the initial stage of research.

To disperse clouds over the city, when it is necessary to hold, for example, a parade, people already know how. In Russia, the clouds are dispersed over Moscow before the Day of the city. Until recently, shamans could cause precipitation and lightning. However, if the study of American scientists will result in a prototype working in practice, then the weather can be controlled without “dancing with a tambourine.” Before the Americans and the Swiss, the idea of ​​controlling the weather with a laser beam was advanced by scientists from Israel. Physicists from the Hebrew University, located in Jerusalem, believed that laser systems could take over the function of cosmic radiation and form clouds that would affect the Earth’s climate. They planned to install the necessary equipment in the Pacific Ocean. But this is another история...