Why is the US so obsessed with Ukraine? 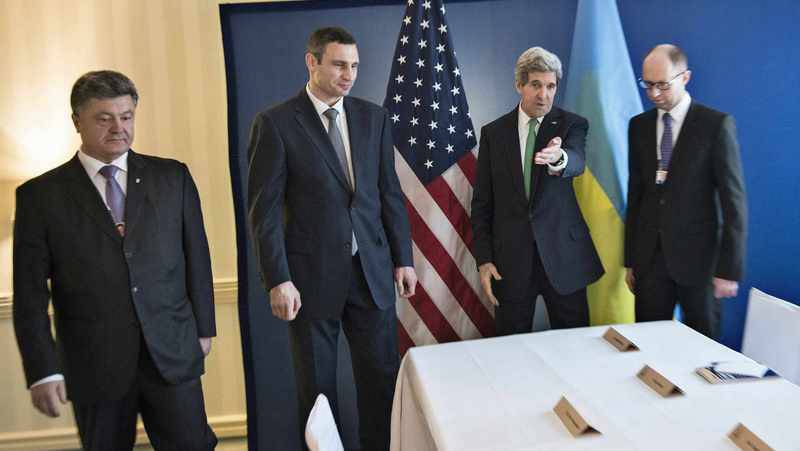 Imagine that the collapse of Soviet communism more than two decades ago proceeded in other forms than those that took place in reality. This could happen if the dramatic and rapid events of 1991 took a slightly different turn, along with the key people who participated in them.

Today, this collapse is associated with the collapse of the USSR and the emergence of 15 independent republics in its place. But the collapse of that union did not necessarily have to be part of the failure and demise of Lenin's methods of organizing politics, economics, and society, which we knew as Soviet communism.

It is true that by the beginning of 1991, separatist sentiments began to play a significant role in the political crisis growing in the Soviet Union, which was accompanied by declarations of independence of the Baltic republics and Georgia. Nevertheless, even after this, the collapse of the union was by no means a matter resolved. In order to bring the Lithuanians back into service, the Center used military force, and Mikhail Gorbachev advocated the adoption of a new union treaty, which instead operated from 1922, in an effort to soften the mood in the non-Russian republics while retaining a certain kind of association.

By political forms, which later in 1991 will take over the events in the USSR, the career path of Boris Yeltsin was no less relevant than anything else. Before, together with Gorbachev and others, to fall away from the Soviet regime, Yeltsin managed to grow to leadership positions in the allied power structure. It so happened that he carried out his political return in the government of the Russian republic, the president of which was elected in the middle of 1991. Thus, Yeltsin found himself in the position in which he had climbed a tank in order to lay siege to the Soviet conservatives who were trying to stage a coup in August, when Gorbachev was on vacation at his summer cottage in the Crimea. This meant that as soon as the coup suffered a defeat, and Gorbachev’s influence began to fall, and Yeltsin grew, the power of the federal government went to the Russian republic. Yeltsin gathered the Allied ministries and made them Russian, and when Gorbachev resigned as the last Soviet president later this year, there was only one empty shell left from the allied government.

One can imagine another, quite plausible scenario, in which state structures that appeared on the ruins of the USSR would look much different. Suppose that Yeltsin committed his defiant act with climbing up a tank not as president of the Russian republic, but as a reformist party leader in the Moscow region — a post that he held at one time, sitting at the same time in the CPSU political bureau. Perhaps this would mean maintaining substantial power at the level of the renewed union.
Such speculation says nothing about the relative probability of a postulated scenario, although this scenario can serve as a basis for a useful mental experiment if it is at least plausible. Nationalist sentiment in the constituent republics would always be a serious factor to be considered. Probably the most incredible for any preserved post-Soviet union would be the inclusion of the Baltic republics. They were the only among the republics of the USSR in their stories independent states - back in 1940 year. The United States and the West have never recognized their annexation by Moscow, and the orientation of the Balts to the West has always been strong.

It is worth doing the following relevant mental experiment - to ask: if a certain kind of alliance (even without the Baltic states) survived, how would we in the US appreciate the events of the nineties, and what would be our interests in this part of the world that we would see today? In this case, there would still be reasonable grounds to say that the cold war was over, and that “victory” in it was on our side. Moscow would have already lost its Eastern European empire, and the Warsaw Pact Organization would have ceased to exist. Although such a characteristic collapse of the USSR, which actually took place with the formation of 14 independent states and the successor country of Russia, would not have happened, the collapse of Soviet communism and the Leninist system would still be obvious. This collapse would have been immortalized in the new name of the union, since it would no longer call itself “Soviet” or “socialist”. The name chosen in the framework of the new union treaty, which was negotiated in Gorbachev's time, was the “Union of sovereign states”. Creating a handful of new, completely independent Eurasian national states was no more characteristic of victory in the Cold War than the subsequent later divorce of the Czechs and the Slovaks or the breakup of Yugoslavia.

George Kennan did not address the issue of nationality or the breakup of the union in his programmatic article X, on containment. The article operates with the words "Soviet" and "Russian" almost as interchangeable. He left open many possible successful outcomes of the Cold War containment policy, stating that the self-destructive forces, which he saw in the Soviet Union, "must sooner or later find a way out either in decay or in the gradual loosening of the Soviet power."

When answering the question of a mental experiment, other factors should be kept in mind. One of them is that it is difficult to say about the political history of a number of former Soviet non-Russian republics that there are victories of freedom and democracy in its Western sense. In this particular attitude, the collapse of the Soviet Union does not apply to them either. The current reminder, geographically close to the West, is the screaming authoritarianism of Alexander Lukashenkov in Belarus. In several republics, independence was expressed in the fact that, as presidents, regional leaders from the Communist Party seized power. Two of these chiefs, Nursultan Nazarbayev in Kazakhstan and Islam Karimov in Uzbekistan, are still in power. Another of them, Saparmurat Niyazov in Turkmenistan, created a personality cult comparable to that of Stalin and the Kim family in North Korea. Some of these autocratic people, including Lukashenko and Niyazov, were even against the collapse of the USSR. 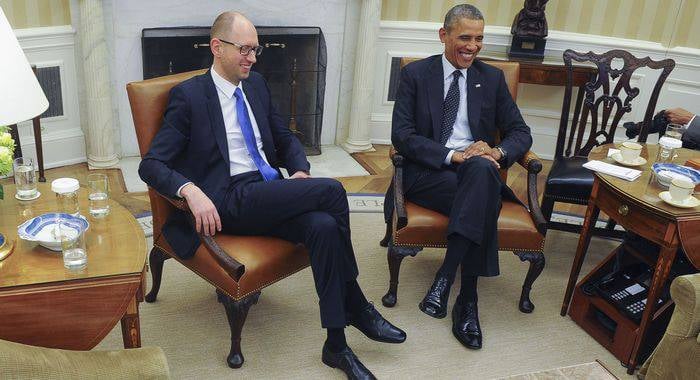 All this has to do with how the United States should today perceive its interests in connection with the crisis in Ukraine. If the Union of sovereign states now existed, it would be headed by Russians in Moscow, and Ukraine would be a part of it. We in the USA would still be proud winners in the Cold War, happy from the realization that Marxism-Leninism is discredited, and the Communists in this part of the world are reduced to political opposition. Life in this situation for most American and Western observers would not be a particular problem.

Of course, interests, as well as how they should be understood and how they are actually understood, are determined not by a hypothetical alternative history, but by real events. In the Ukrainian situation, the most affected interests relate to compliance with international norms, especially non-aggression norms and respect for state sovereignty. The 1991 events of the year do not cancel the facts of geography and demography, which, regardless of whether we like to think so or not, suggest that Russia has a much greater strategic interest in the distribution of power in and around Ukraine than in the United States.

We don’t like to think so, in part because the 1991 events of the year gave us a bonus to our victory in the Cold War in the form of the complete collapse of the USSR and the sudden, sharp compression of the Russian influence zone. Everything that is felt as a loss for our side (as any recovery of Russian influence in the area would be perceived) is harder to accept than to not win, and it doesn’t matter whether what was lost as a bonus at one time or not. This is a good illustration of the theory of perspectives, but not the best basis for the protection of national interests and the creation of history.

The “finlandization” of Ukraine remains the best, and probably the only feasible, recipe for overcoming the crisis around Ukraine, when membership in any military alliance is decisively excluded, and the substantial powers of the central government are transferred to the regions. Taking into account that the history of the USSR could have gone the other way will help us remember how profitable the alignment, which was potential for our side, as well as Ukrainians, was. In addition, he will help us achieve greater clarity (which most of the American debate around Ukraine is extremely lacking) in setting our interests and goals, while we decide what to do next in the struggle with one of Boris Yeltsin’s other important legacies — his carefully selected heir. in the form of the president of Russia.

Ctrl Enter
Noticed oshЫbku Highlight text and press. Ctrl + Enter
We are
Armored vehicles of Yugoslavia. Part of 4. Disintegration of the country (1980-1991)Armament from the exhibition "Made in Georgia"
Military Reviewin Yandex News
Military Reviewin Google News
64 comments
Information
Dear reader, to leave comments on the publication, you must sign in.