British army: it is possible to contract further 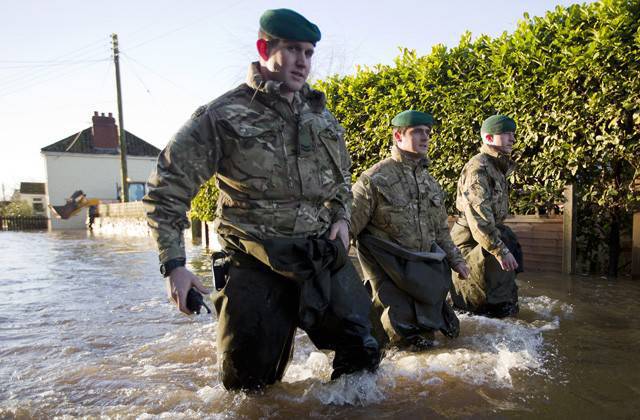 The armed forces of Great Britain are able, together with the allies, to participate in interventions; priority area - amphibious assault

Although Britain is a nuclear power and a permanent member of the UN Security Council, its political weight, not only on a global, but also on a European scale, is completely incomparable with what it was at least in the first half of the 20th century. For two decades after the end of World War II, the country lost its gigantic colonial empire, with Washington taking the most active part in its dismantling. Now London is considered the most important ally of the United States, but it is impossible to call this union equal even if maximum political correctness is observed.

After the end of the Cold War, Britain’s military power also began to decline rapidly. The apotheosis of this process was the "optimization" of the armed forces (AF) in 2010, during which the planes that had just come off the assembly line went under the knife, while others were sold in the USA for spare parts. At the beginning of the 90s, the British Armed Forces had 1,2 thousand tanks, 3,2 thousand infantry fighting vehicles and armored personnel carriers, about 700 artillery systems and almost 850 combat aircraft. Today, all these numbers have fallen dramatically.

What are the land forces

The British Ground Forces are divided into three main components.

The maneuverable forces (field army) include the 1 armored and 3 armored divisions and the theater of troops (support and support command). 1-I armored division deployed in Germany (headquartered in the city of Herford), its withdrawal to the territory of the United Kingdom is expected to carry out before 2016 year. 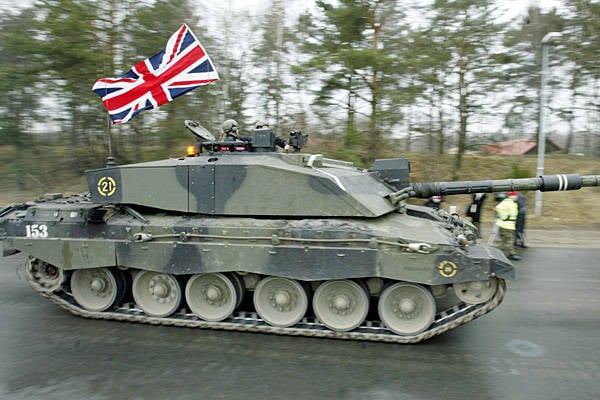 Aviation in a state of reduction

The main combat aircraft is the Typhoon, produced jointly with Germany, Italy and Spain. Initially, the British Air Force planned to acquire 250 of such machines, then these plans were reduced to 232, and then to 160. 114 “Typhoon” has already been received, including 22 combat training, three more are in storage.

The Tornado GR88 attack aircraft and one F4 Tornado interceptor remain in the 2 air force (another 44 Tornado GR and 16 F3 Tornado are in storage, but 30 and 12 of them are respectively for disassembly into parts or are already in its process), their number is gradually reduced. In addition, until 65 attack aircraft "Jaguar" is in storage.

The Air Force also has numerous auxiliary vehicles. These are DRLO airplanes - six E-3 (one more in storage). Aircraft reconnaissance and surveillance - five "Sentinel-R1", five "Shadow-R1", one BN-2, one RC-135W (there will be two more). 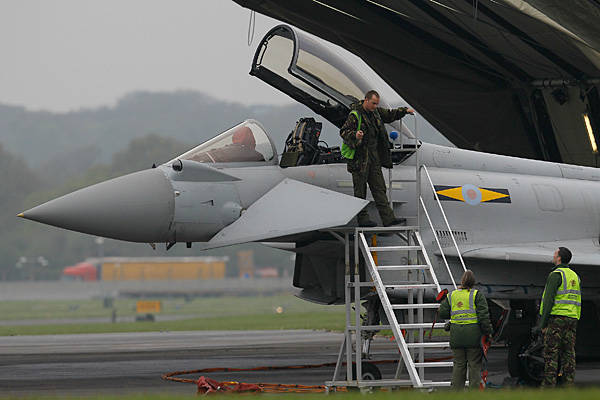 In the UK, there are two active US air force bases, Leikenhit and Middledenhall. The first is based on the 48-e fighter wing (around 50 aircraft F-15C / D / E), on the second - the 100-e refueling wing and 352-I group of special operations (refueling agents KS-135, reconnaissance aircraft RC-135, special forces planes MS -130P / H). Nuclear weapon USA completely withdrawn from the territory of Great Britain.

The power of amphibious assault increased

The British Navy has not been ruled by the seas for a very long time (even those directly adjacent to the British Isles). However, it is in them that the entire nuclear power of the country is concentrated. These are four submarines (ballistic missile submarine) of the Vanguard type with ballistic missiles Trident-2 (formally 16 on each, but in fact there are only 58 missiles). The UK is the only country in the world that has officially announced the size of its nuclear arsenal: 160 deployed and 65 non-deployed warheads for specified 58 SLBMs. There is an active discussion in the country on how to replace Vanguards and whether it should be done at all.

The only remaining in the ranks of the aircraft carrier of the British fleet is the Illustries, but all of the vertical take-off and landing aircraft (VTOL) Harrier (both ship-based and ground-based) in 2011 were sold in the US for parts. Accordingly, the "aircraft carrier" "Ilustries" is a formality, it can carry only helicopters.

Two aircraft carriers such as the Queen Elizabeth are being built, which will become the largest ships in stories British Navy. For them, it is planned to purchase the X-NUMX of the US VTOL F-138, while only three such aircraft have been purchased. At present, the fate of both the new aircraft carriers themselves and their aircraft is uncertain. Especially since for them there will be a shortage of escort ships.

The structure of the British fleet just introduced six newest destroyers such as "Daring". The Navy is armed with 13 frigates of the "Norfolk" type. In the indefinite future, it is planned to replace them with a similar number of frigates of the new 26 project, but so far this program is at the discussion level.

Mine-sweeping forces include 15 minesweepers: eight of the Hunt type, seven of the Sendown type. 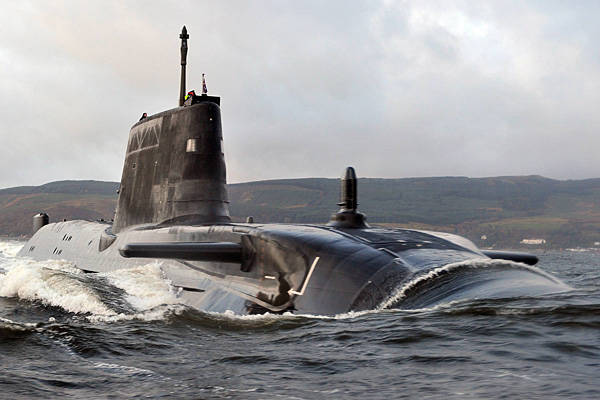 With an overall significant reduction in the British fleet over the past two decades, its amphibious capabilities have increased over this period. There is one universal amphibious assault ship (UDC) “Ocean” (today it is the largest ship of the British Navy), two amphibious helicopter carriers of the Albion type, three amphibious transport docks (TDC) of the Bey type, and the TDC Sir Tristram "Used as a training. The Marine Corps consists of three battalion groups, one group of defense of naval objects, one assault landing group and a number of support units.

After the sale of the Harrier, there were no aircraft left in the naval aviation, there are only helicopters - 38 "Merlin" (four more in storage), 55 "Sea King" (another 27 in storage).

Falklands will be able to defend

In general, the British military capabilities in recent years have been very significantly reduced, and this process continues. However, as is the case with other NATO countries, for Britain there is no threat of external aggression. The interventionist capabilities of the British Armed Forces are sufficient for participation in collective police-peacekeeping operations in alliance with the United States and / or European countries in the framework of NATO, the EU and the informal Anglo-Saxon alliance.

Britain’s only theoretically possible independent war is with Argentina over the Falklands. The sharp reduction in the number of naval personnel and, most importantly, the complete loss of deck and strategic aviation (in 1982, the British, besides the Harriers, still had volcano bombers), significantly reducing the ability of Great Britain to recapture the islands in the event that they were seized by Argentines. But in fact, there is no need for London to be alarmed: The Armed Forces of Argentina for three and a half decades have virtually degraded to a complete loss of combat capability. Therefore, the British Armed Forces can be reduced further, the country is in no danger.

Ctrl Enter
Noticed oshЫbku Highlight text and press. Ctrl + Enter
We are
Full and unconditional optimizationThe armed forces of Syria on the eve and during the uprising in the republic (2011 — 2013)
Military Reviewin Yandex News
Military Reviewin Google News
19 comments
Information
Dear reader, to leave comments on the publication, you must sign in.