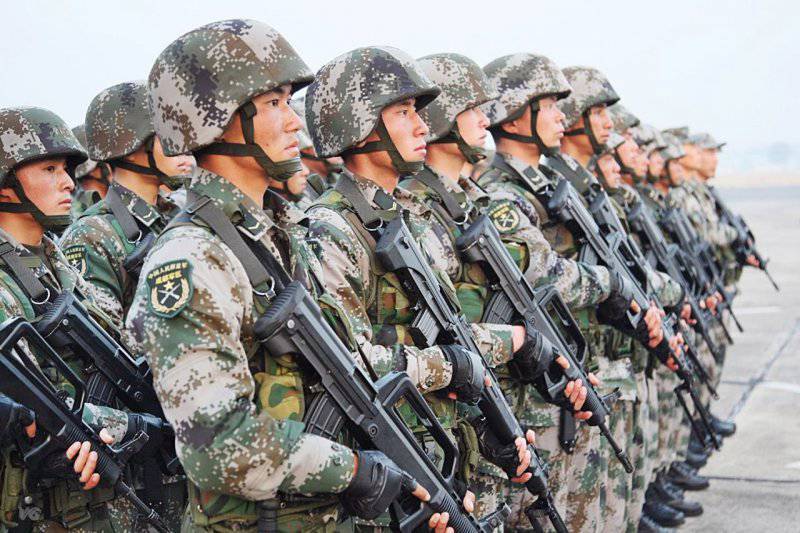 While the West at a loss breaks ties with Russia, Moscow is seriously thinking about cooperation with the countries of East Asia. Of course, first of all, we are talking about China - a powerful nuclear power that competes with the United States in the Asia-Pacific region, and in the future could become one of the global superpowers. But not everything is so simple: experts say that the Chinese economy will overheat in the coming decades, followed by a powerful social explosion. In order to contain negative tendencies, the Celestial Empire will try to channel the protest moods with the help of external aggression, and at the same time try to master the resources of the Russian Far East. Do we need such a "friend" and what to do with it?

China is one of the most important strategic partners of Russia, and Russia for China is a reliable support in foreign policy and a trading partner: thanks to friendly relations, the trade turnover between our countries is constantly increasing. At the same time, there is a political rapprochement between Moscow and Beijing, which are ready for joint confrontation with the countries of the West.

Despite the fact that during the Cold War, Russia and China were ideological opponents, now, in the 21st century, both states advocate a peaceful dialogue in foreign policy and insist on building a qualitatively new system of international relations, where there will be no law of force, and each country able to defend their interests without fear of aggression from overseas. Moscow and Beijing agree that there is no single development strategy for all states of the globe. Each nation has the right to choose its own special historical the path without regard to the powers that be. The mantras of the United States and the European Union that capitalism and democracy must win do not correspond to reality - as we see, there are countries where these forms of social relations have not taken root for centuries.

To defend independence from the West, Russia and China need to unite, create their own supranational structures. And work on this front is underway: the SCO and BRICS already exist, allowing to coordinate relations between countries that are skeptical of the Western project. Moreover, the United States and Europe are deprived of the opportunity to somehow interfere in the work of these international organizations, so that they cannot directly dictate their will to their members.

At the same time, China and Russia are helping less powerful countries that are not capable of alone resisting the West. These include Iran, Syria, North Korea, Venezuela, Ecuador and other states that can act as regional forces. The protection of countries is carried out through diplomatic means, primarily through the UN Security Council. Any attempts to crush the centers of anti-Americanism end in fiasco for the United States: Moscow and Beijing have the veto power in the Security Council, which means they can block unfair decisions.

However, the Celestial Empire is not entirely an ally of Russia. Do not forget that China has its own strategic interests, and they only partly coincide with the Russian ones.

but on the other hand

According to Alexander Khramchikhin, the author of the book “The Dragon Woke Up. China’s internal problems as a source of the Chinese threat to Russia ”, Beijing can become an enemy of Moscow if it faces a serious internal socio-political crisis. China will try to channel the energy of dissatisfied masses, and at the same time try to gain access to the resources of the Far East and Siberia.

Khramchikhin believes that the main problem of the PRC is a wasteful economy: the Celestial Empire consumes too many resources and does not at all consider what it has. According to the 2010 year, China’s share in world imports was 9,1%, with the bulk of Chinese imports being raw materials and energy: oil, gas, steel, coal. China has become the main buyer of oil despite being ranked sixth in the world in terms of reserves of “black gold”. At the same time, there is thoughtless pollution of water and land: 80% of the country's territory is recognized as zones of ecological disaster.

Alexander Khramchikhina is also worried about the rapidly growing inequality between rich and poor Chinese, as well as between the middle class and the villagers. For example, a Chinese peasant earns an average of 90 dollars during a month, and a citizen earns 300 dollars. Peasants pay 90% of the cost of medical services, and citizens - only 60%. Many peasants move to cities, and this creates a strong burden on infrastructure, and also leads to increased social inequality: about 10% of Chinese people are considered to be internal labor migrants, and live in undeveloped areas, earning pennies.

Russia has only two allies: army and navy

Alexander Khramchikhin writes that the government of China, known for its foresight, has prepared a plan in case tens of thousands of Chinese rebel against the existing order. Beijing will simply send them to a war of conquest, and even Russia can become a victim of this war.

The writer claims that the Chinese are psychologically ready for the invasion of a neighboring friendly state. The authorities have been training them since childhood, while still at school teaching them that the Far East and Transbaikalia are “originally Chinese” territories that need to be “returned”. Such radical sentiments are supported by practical actions: the Chinese are massively resettled in the Far Eastern regions of Russia. The exact number of immigrants is unknown to anyone.

And this fact is disappointing: according to the PRC Constitution, children from mixed marriages with Chinese citizens are considered Chinese and are subject to state protection. In 1979, the PRC used this standard of the main law to justify the war against Vietnam. Alexander Khramchikhin makes the reader think about whether China will not repeat the same trick with respect to Russia? ..

The growing power of the PLA is alarming: China already has enough strength to wage a defensive war of any complexity, but Beijing continues to strengthen the armed forces. For what? With whom the Middle Kingdom gathered to fight on foreign territory?

Of course, Russia needs to look for an alternative to Western countries, but not at the cost of losing the Far East. It is necessary to prepare for possible backstabs from China in anticipation of socio-economic destabilization within the PRC itself. And the warning signals are already noticeable: in the east of the Celestial Empire, Uighur separatists and representatives of radical Islam became more active. There is no doubt that other groups that wanted to destroy Chinese statehood came into the movement, and outbreaks of violence occur periodically within Chinese society - however, the government hides reliable information about them, and only the special services can judge the true situation in the PRC.

In any case, Moscow should not lose vigilance in anticipation of when the Chinese dragon wakes up. Partnerships and joint opposition to the United States, of course, are important, but for their sake you should not sacrifice national interests and state sovereignty.