In Transbaikalia, nine people were injured in an explosion at an ammunition depot 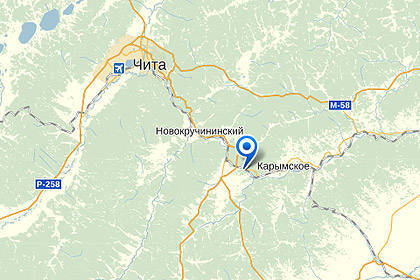 As a result of the fire and subsequent explosions in military warehouses in the Trans-Baikal Territory, nine people were injured, according to the official website of the regional government.


Eight people were slightly injured, one - injuries of moderate severity. For the reception of victims prepared medical institutions Chita.

Evacuations are currently subject to 1 thousand. 189 people; 400 villagers have already been evacuated. The necessary forces and facilities of the Ministry of Emergency Situations are sent to the scene. In addition, residents independently leave in the direction of Darasun Station, the village of Makkaveevo, the village of Karymskoe, and the city of Chita, where their accommodation is organized. The temporary accommodation center is also deployed at Novaya station; more than a thousand places have been allocated in sanatoriums and medical institutions of Pervomaisk, Karymskaya.

Recall, on Tuesday, a fire broke out and explosions started in the stock of non-insulated (splinter-free) ammunition located in the Karymsky district of the Trans-Baikal Territory The personnel of the military unit was assigned to a safe distance. The cause of the fire in the warehouses was an uncontrolled forest fire, reported earlier in the prosecutor's office of the region.
Ctrl Enter
Noticed oshЫbku Highlight text and press. Ctrl + Enter
We are
Weekly summary (February 27 - March March 5) about the military and social situation in the DPR from the Mage military officerInnovation Day of the Southern Military District: emergency equipment
Military Reviewin Yandex News
Military Reviewin Google News
40 comments
Information
Dear reader, to leave comments on the publication, you must sign in.