April 29 2014
98
Sensational material published on the site of anonymous hackers CyberBerkut. On the main page of this resource, it is reported that hackers of CyberBerkou hacked the email of a high-ranking military official of Ukraine - the permanent representative to NATO. From his correspondence, as well as from the correspondence of representatives of the so-called regional authorities appointed by Kiev, it became clear that in Ukraine even before the presidential elections scheduled for 25 May, a military coup could occur. 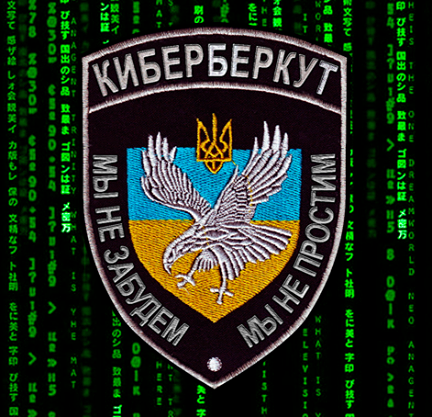 CyberBerkut reports that hackers from the Anonimus Ukraine group gained access to Igor Kolomoysky's correspondence (the so-called governor of the Dnipropetrovsk region) and the prosecutor of the Lviv region Volodymyr Hural. Kolomoisky, in particular, writes that it would be necessary to check the data that another seizure of power is being prepared in Ukraine. As a putsch, Kolomoisky calls Tenyukh, as well as the representative of Ukraine in the North Atlantic Alliance, General Anatoly Petrenko.

Excerpts from a letter Kolomoisky (translation):

You heard that we are hard-cleaning the 25 team. From there it became known that the military decided to play a military coup. From Mamchur (Ukrainian Colonel - comment “IN”) people came from Nikolaev, spoke with staff, provoked to the coup. It seems that everything is headed by Tenyukh (ex-Minister of Defense of Ukraine - approx. "IN"). I also connected my channels. Information seems to be confirmed. There, they say, Butsa, Pavlov, Gvozd, other officers and generals, military attaché Petrenko at NATO, others. Apparently, under the "Freedom" and all the stuff is started. I spoke with someone in Kiev. Someone does not believe, someone was afraid of the details. In the SBU and GP did not apply. There may be rats. The president and the prime minister are aware, but they don’t know what to do.

I have a request for you. You are on Tenyukh in Stryi and Butze in Sambor look for something. Maybe you will find something interesting. Just ask, do everything neatly and quickly. Best of all, organize everything yourself. Time is short. At the same time and the local "Freedom" defeat and avenge themselves. You know me I remember the good.
Waiting for good News.
Hugging, Igor K.

The CyberBerkut also has letters from various individuals addressed to General Petrenko, in which, in particular, it is reported that “Petrenko bought Turchinov and Senya” and “Yulia flies by in elections”. In the same materials, the addressee claims that if Poroshenko wins the election, he will not keep Ukraine, which should not be allowed.
Ctrl Enter
Noticed oshЫbku Highlight text and press. Ctrl + Enter
We are
"CyberBerkut" got access to documentation relating to US activities in Ukraine
Military Reviewin Yandex News
Military Reviewin Google News
98 comments
Information
Dear reader, to leave comments on the publication, you must sign in.