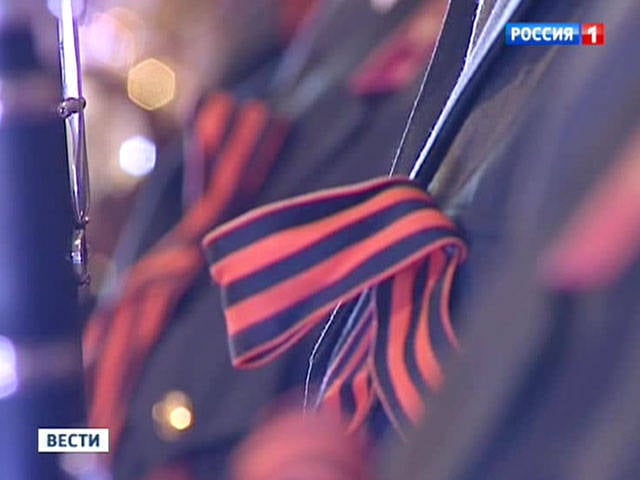 New Kiev authorities make adjustments to the traditions of holidays and cancel the parade in honor of Victory Day, and the city council of Lviv, without waiting for the decision of the Rada to cancel the celebration of 9 in May, has already prohibited the use of Soviet symbols on this day. On the eve there was another march of neo-Nazis - in honor of the anniversary of the creation of the SS division "Galicia". All these events take place against the backdrop of the presidential campaign in Ukraine. Less than a month is left until the voting day, and the candidates hastily hand out loud promises to the population.

Having called their march a "march of embroidery", Lviv nationalists dedicate it to the SS division "Galicia". Not all, however, even in Lviv, Neander’s impulse was appreciated. Honoring the Western Ukrainian "heroes" who fought on the side of Nazi Germany, but as they believe here for the independence of Ukraine, they initially wanted to hold without Bandera slogans, so as not to provoke anyone (they like to say that they are united with the eastern regions). And now consider themselves patriots called Lviv in the German manner.

Slender rows of standards with the symbols of the Ukrainian SS division. Exactly the same - on the same Lviv streets in newsreel footage, where the “Galicia” fighters in the 43-m swear allegiance to the Fuhrer. The name of Bandera is already almost nominal. In 44, "Galicia" will almost completely disappear in the Brody boiler, but the glory of the punishers in stories firmly entrenched.

His own funeral, that after the Stalingrad battles, was sent to the parents of the Red Army soldier Kireev - "Your son died heroically," the veteran of the Great Patriotic War dedicated more than one line of his poems. A native Kiev resident - like other veterans - sees in those who have come to power now the desire to rewrite history at any cost.

For Ukrainian veterans, this 9 May will be twice with tears in their eyes. On the day when followers of Bandera march through the streets of Lviv, the Kiev authorities officially refuse to hold the Victory Parade. And the matter is not even that Khreshchatyk is forced by tents. Victory Day for Kiev is now a political date.

News that the celebration of May 9 in Ukraine can be canceled altogether, it is not the first month they have been discussing. In the Ministry of Culture, they even wanted to postpone the memorable date on May 8 - as "Mourning Day of Remembrance of the Victims of the Soviet Occupation" Then, however, refused. But the national television broadcasting committee has already prepared recommendations on how to correctly display Victory Day: a minimum of Soviet films and the glorification of the Soviet army.

Hanging the Victory Banner has already been banned in Lviv. In Uzhgorod, the Right Sector warned at all: it’s better not to wear veterans for Soviet awards. In the eastern regions, where the values ​​instigated by Maidan, they do not want to accept, despite the prohibitions, the Victory Banners and St. George ribbons will be 9 of May, although Kiev considers them to be a symbol of separatism.

Presidential candidates, who identify themselves as Maidan, as if they are competing - which of them will more strongly accuse Russia of aggression, and of each other - of non-patriotism. True, not in the eyes, but more and more from the screen.

Petro Poroshenko has not yet responded to the accusations from Yulia Tymoshenko of "Kremlin ties". Not finding support in Donetsk and Lugansk, I went to the west - to Ternopil. There, they can still believe that in a year and a half Ukraine will be able to completely abandon Russian gas, because it supposedly has its own - shale gas.

The appointed Prime Minister Yatsenyuk, however, was not so categorical today. And even promised Russia to pay if the price remains as with Yanukovych - 268 dollars. But after all, its new authorities did not list. And the Ukrainian promises are familiar to all. Buildings in the center of Kiev, despite the Geneva accords, remain seized by radicals. Presidential candidates, even those who have been assigned to the state security, do not feel safe. Today, the Right Sector did not allow Mikhail Dobkin even to get off the plane in Kherson, arranging races over the airfield and around it.

The radicals in masks interrupted the glass office of the channel "Inter" and threw smoke grenades at the first floor. Many now doubt whether the planned draw of candidates will take place in the evening to participate in election debates at the First National.