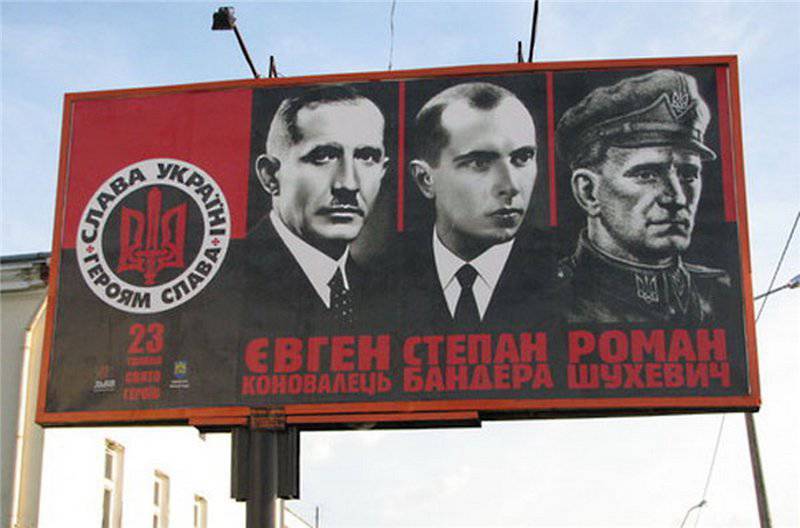 When politicians try to realize their fantasies, or to keep crumbling political structures, disasters occur. Napoleon's talent was powerless, when he set out to conquer Russia, it all ended in the catastrophe of France. When President V.Yanukovych in the winter of 2013 / 14 tried to preserve “united Ukraine”, he barely saved his life, and Ukrainian statehood was destroyed: it lost legitimacy in the eyes of the people. No matter how much Washington and its vassals pretend that it is “in fact”.

In fact, there is a putsch regime of Bandera neo-Nazis, who came to power through an armed coup d'état with the support of Washington. But this is not statehood at all, although the Kiev junta is trying, of course, to give its power to "statehood."

Politics is the art of the possible, and the task of the statesman is to understand what is possible and what is impossible. Kutuzov passed Moscow to "win" Russia. If Yanukovych surrendered Kiev to the opposition, and left Kharkov, or Donetsk, in the first capital of Ukraine, when he was still holding the threads of government, somewhere under the new 2014 year, he would have good chances to “win” Ukraine, save his country , on new grounds, of course. But Yanukovych is not Kutuzov, and as a result, Ukraine is on the verge of a civil war, that is, a revolution ...

By and large, Yanukovych fell victim to his dream of a united and independent Ukraine, which it inherited from its predecessors. This was his only consistent position with the beginning of Euromaidan, he constantly talked about it, and appealed to the mind of the opposition. At that, she caught him: “the old Ukraine” was not needed by the opposition, it was fulfilling Washington’s order to build a new “Euro-Ukraine”. Therefore, the opposition has brazenly discarded and broke off the constant compromises and concessions of Yanukovych - and Yanukovych went to his catastrophe ...

... If Yanukovych went to Kharkov, he would have good chances to preserve his Ukraine on federal lines. Relying on the South-East, he could talk to opposition Kiev not only as a legitimate president, but also from a position of strength, and therefore could force opposition Kiev to preserve Ukraine on its principles, because all of Ukraine’s industrial potential would stand behind it, and Russia. But Yanukovych is not Kutuzov ...

And the “old”, relatively independent, “multipolar”, Ukrainian statehood went along with Yanukovych. Now there is a struggle for the new statehood of Ukraine, the question of what it will be is being resolved. Such issues are not resolved by legal means; this is not a legal or legal issue. This is a question of political struggle, which is unfolding today in Ukraine.

What is this "oil painting"? After the coup, the whole of Ukraine is in a “cocked” state: a coup in Kiev created the conditions for a real - spontaneous revolution in Ukraine. The Donbass rebelled first, but this is only its vanguard, it turned out to be just the least controlled by the coup and politically motivated.

In general, the Ukrainian revolution was expected by political scientists with the beginning of “economic euroreforms”, when the people would have tasted their fruits, and found themselves on the street. But the political repressions in the Donbass — when instead of at least an ostentatious dialogue, abductions — arrests of CIA-SBU activists — began to “decapitate the protest” —they accelerated the beginning of the revolution, and she immediately took up weapon. The Kiev junta, and the American embassy in Kiev, made a big mistake here: the exported US "controlled chaos" lost as a result of its "management" in the South-East of Ukraine.

And the first phase of the Ukrainian revolution began: a dual power was established in the country, and even a lot of power, considering the regions. It is hard not to notice that such a development of a revolutionary situation painfully reminds of the 1917 revolution of the year after the February coup in St. Petersburg, when the dual power of the Soviets of Deputies and the Provisional Government was established. In the Donbass, dual power is a tangible opposition of the Kiev junta and the people's republics, which are now fighting for influence on the old government mechanisms of governance. Donetsk residents at home, so the junta is doomed to defeat.

But in the West of Ukraine and even in Kiev - also dual power. The real power, especially on the ground, is in the “Heroes of Maidan”, that is, in the “Right Sector” Yarosh and other neo-Nazi parties, relying on ideological fighters and fahrions in the Verkhovna Rada. The official power is from the “Batkivshchyna” party of Yulia Tymoshenko, which relies on its “electorate” and captured state structures that are extremely unreliable after a coup d'etat. Therefore, they have to be strengthened by the Bandera “commissioners”, although this may turn out to be the most unpleasant consequences for “Batkivschyna”.

It is important that the base of the Bandera, relying on the western regions, is more durable than that of the “Batkivschyna”, the latter have “fronts” everywhere now. Contradictions within this “coalition” are still arrested by the common American leadership, but such a unity can easily explode a revolutionary all-Ukrainian process underway, and Washington can “throw” it. It is very suspicious that, despite all the assurances of the State Department in love, there are no promised loans, so the junta's gold reserves are rapidly melting. And if the chieftain in Ukraine does not have a “gold reserve”, then there will be a “wedding in Malinovka” ...

There is another strange aspect of US policy in Ukraine. In the presidential election, it would be logical for Washington to support the strongest and most respectable player - “Batkivschyna”, that is, Yulia Tymoshenko, with all its weaknesses, but Washington demonstratively relies on Petro Poroshenko, a lonely billionaire wolf of Ukrainian politics.

Such a bet on the politically "weakest" is an obvious impetus to the destabilization of the opposition, through the introduction of contention in its already disorderly ranks. Political scientists have already started talking about the lack of interest of the “mistress” in the presidential elections, and she herself - about the possibility of electing the president of Ukraine by the Verkhovna Rada, where “Batkivshchyna” has a clear majority.

In general, the presidential elections in Ukraine in a situation of confrontation between different parts of the country, widespread political tension, which took the form of even armed confrontation, in other words, is gaining strength of the revolution - this is the way to split the country. Any outcome of the elections will strengthen the centrifugal processes, and forceful suppression will lose all legitimacy: some regions either do not recognize the elections themselves, or their results.

Preventing the revolution and thereby preserving Ukraine in some format could be negotiations between its West and East, for example, around the Constitutional reform. This option was proposed in the Agreement of Yanukovych and the opposition from February 21, but it is precisely this saving path for the country from the threshold that the Kiev junta rejects. She owns Napoleon’s dreams to crush the whole of Ukraine, to impose the power of Bandera’s Maidan on the South-East.

In this, the junta hopes for America’s help, but America’s factor balances Russia, and it is much closer and more interested in this situation than Washington: after all, it all happens on its borders! And no sanctions of the whole world will change the position of Russia: the power of the Bandera neo-Nazis in the Donbass is unacceptable for it, the forceful suppression of the Donbass is unacceptable.

So, by the will of circumstances and Napoleon's dreams, Ukraine goes into revolution at the beginning of the XXI century, that is, it is given to the will of God, for the voice of an armed people is the voice of God.

Ctrl Enter
Noticed oshЫbku Highlight text and press. Ctrl + Enter
We are
Field Marshal Kutuzov as a problem for the Russian intelligentsia stratumSituational analysis of the death of the MH17 flight (Malaysian Boeing 777), made on the basis of engineering analysis from 15.08.2014
Military Reviewin Yandex News
Military Reviewin Google News
88 comments
Information
Dear reader, to leave comments on the publication, you must sign in.