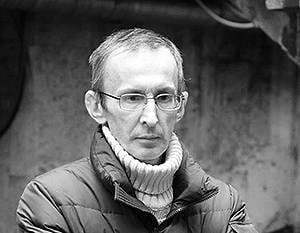 In early June in Syria, presidential elections will be held. The registration of candidates has begun.


Two years ago, constitutional reform started in the country. Municipal and parliamentary elections were held successively; in 2014, a presidential election is to be held. Moreover, if earlier they were essentially a referendum, where voters had to say “yes / no” to the only candidate, then now it is the election of several candidates.

Naturally, the West has already announced that it does not recognize the results, since they contradict the Geneva accords. The fact that the Geneva talks were thwarted by the opposition, which turned out to be incapable of minimal control over the seemingly “their” gangs, is not taken into account.
No less predictably, Syria does not pay attention to the opinion of the West, since all previous elections were also not recognized by the United States, or by Europe, or by opponents of Syria in the Arab world.

Of course, the situation has changed dramatically over the past two years. The meaning that was invested in constitutional reform has long been lost. If in 2012, there was still an illusion that it would be possible to find a common language with the opposition and stop civil confrontation, allowing opposition figures to the levers of control, today nobody is talking about this, actually.

The opposition has demonstrated its complete incapacity in both ideological and organizational aspects. The only force with which one could hope for negotiations was the Free Syrian Army of Colonel Riyad Al-Assad. But after the injury of Assad and the seizure of command of the army Selim Idris, it turned into an unprincipled conglomeration of various territorial gangs under a formal single command. A significant part of the SSA has already passed to the Islamists, with whom it is impossible in principle to conduct any negotiations.

However, the reform is being carried out and will be completed. This will be done simply because any such process has its own internal logic. And it's easier to complete it as planned, than to start all over again. In any case, now Syria will have a democratically elected president - it certainly will not get any worse.

The main problem for a long time already has not an internal, but purely external content. The coalition of aggressors, united for the destruction of Syria, in the same way gained momentum and will continue the war.

Qatar’s withdrawal from this war and the aggravation of its contradictions with Saudi Arabia, the unclear situation in Turkey, the spread of war to the territory of the western provinces of Iraq almost do not change the nature of the clashes in Syria. There is a huge human potential that continues to be used by terrorists as a consumable item.

In Syria, people are actively fighting from more and more distant countries and regions. According to the Syrians, the percentage of Caucasians is very large among the mercenaries, and this is not only “Russian” Caucasians (first of all, from Dagestan), but also Azerbaijanis who have ceased to be exotic. There are mercenaries from Central Asia. For example, videos with ethnic Uzbek grouping are actively distributed. There are quite considerable European groups in numbers, in which there are many “white” Europeans.

Syria has become a training ground that lives its own life. Jihadists largely solved the problem of self-financing, and therefore are not too dependent on cash inflows from outside. They do not need heavy weapons - they get everything they need in the form of trophies, and for more serious weapons and they have neither technicians nor organizational capabilities to use, operate and maintain. Therefore, they do not need powerful missile, artillery weapons, air support, they have gained experience in the actions of "ac is" and quite cope.

The Syrian army and the government also entered the mode of the most economical war, not allowing themselves to spend a resource without reckoning - neither material nor human. In this mode, the war can continue for a very long time, and this war, in fact, does not have any ultimate goal.
For jihadists, war acquired a self-contained content, and therefore negotiations have no meaning — there is no subject.

At the same time, a year and a half ago, it became clear that the jihadists could not win a military victory over government forces. The only thing that can fundamentally change the situation is an external invasion or the introduction of a “no-fly zone” option, like in Libya, when the West destroys military targets and the Syrian infrastructure, thereby breaking the situation in favor of the terrorists. However, this option was never included, and it is not yet clear that it can be passed to it.

However, the situation does not look very stalemate. Syria's economy is being destroyed, the number of refugees is growing. The other day it was announced that a million refugees had moved in the direction of Turkey during the entire war. Approximately the same number of people who left for Lebanon and Jordan should be added to them, besides there is a very large number of internal refugees.

Destroyed the main industrial centers of the country or disrupted supply routes. The only industry that operates in a relatively normal and almost pre-war mode is agriculture, and then mostly in Latakia.

Difficulties and difficulties gradually accumulate, and although as long as the Syrian authorities cope with them as a whole, when the quantity goes into quality, nobody knows. It is possible that never. It is possible that a fracture may occur. Actually, this is the whole calculation of both the West and the Arabian monarchs. No crushing blows are planned anymore, the war is going to be exhausted.

The June 3 presidential election will not change the existing situation. The problem is that they are of no interest to anyone - everyone understands everything anyway.

However, Damascus proved that it is able to solve problems in the most disastrous situation. The Assad government withstood the powerful blows of well-prepared operations, and withstands the war of attrition. So far, there are no signs that Asad will not be able to cope with the situation anymore.

Perhaps one of the most important questions is whether the West will suit such a blatant failure of its policy? Will he decide to try to “add” Syria, especially considering that Russia is now fully occupied with problems on its own western border.

The question is not simple and does not look straightforward. The West is too heterogeneous, and even in a state of crisis. And it must be borne in mind that the crisis is not an ordinary economic downturn, beyond which there will be an inevitable recovery. He wears all signs of a system, that is, within the framework of the current world order can not be resolved. In such a situation, contradictions between the elites of the West are inevitable, and talking about some kind of unified policy on any issue is simply meaningless.

Therefore, it is possible to expect provocations, the purpose of which will be to involve the United States (simply because there is no one more) in the military operation against Syria. Let this operation be limited, but its customers may have the illusion that this will be enough for the final change of the situation.

Nevertheless, in order for a forceful attempt to intervene in the Syrian war to be effective, the West must do a very serious systematic work, and most importantly, determine the goal it wants to achieve through the collapse of Syria.

And here lies the most important. For all the years of the war in the United States, the final answer was not formulated, what exactly is the purpose of regime change in Syria. Not because it does not exist, but because different groups see this goal differently.
Approximately the same situation exists in the Arabian monarchies. Their elites assess the situation very, very differently, so their own struggle flares up there.

A year ago, a ruler was replaced in Qatar - Amir Hamad, the main instigator of the Syrian war, left. Just a few days ago, a similar thing happened in Saudi Arabia - one of the leading supporters of the Syrian war, Prince Bandar bin Sultan, was dismissed.

The departure of Emir Hamad practically brought Qatar out of the Syrian war, and although he still provides indirect support to a number of terrorist groups, in general, Qatar’s participation in the Syrian events has been curtailed. The resignation of Prince Bandar may in the near future lead to the same consequences for Saudi Arabia. And if this happens, the US hawks will have little chance of intensifying the Syrian war.

This does not mean that it will end quickly. Unfortunately, the war has gained internal inertia and will continue in one form or another for a long time. However, the departure of the main sponsors will put an end to the attempts of jihadists to solve the main task - the creation of a radical Islamist state in Iraq and Syria.

Ctrl Enter
Noticed oshЫbku Highlight text and press. Ctrl + Enter
We are
About Stalin and KhrushchevInterview by President Bashar Al-Assad to the Sunday Times
Military Reviewin Yandex News
Military Reviewin Google News
34 comments
Information
Dear reader, to leave comments on the publication, you must sign in.