The voice of an American dissident: NATO's lies about Russia 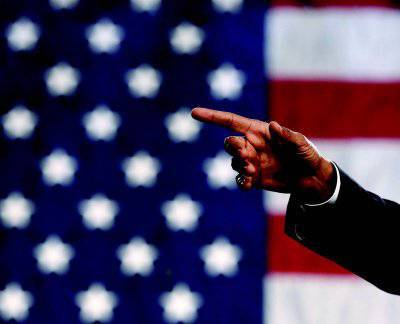 The site "Voice of the dissident" An article by Walter C. Uhler appeared, entitled “Dear NATO, are you lying about Russia or are you simply incompetent?” Comrade Aler is an independent expert whose materials are published in various publications, including The Nation, The Bulletin of Scientists -atomists ”,“ Military Journal stories, Moscow Times and the San Francisco Chronicle. This scientist is the president of the Russian-American Association for International Studies (RAISA).


The expert recalls that NATO has released another leaflet called "Russian accusations: the true state of affairs." This bulletin contains the following statement: “Russian officials claim that American and German officials promised in 1990 that NATO would not expand to Eastern and Central Europe, build military infrastructure near Russian borders, or deploy troops there on a permanent basis.” The NATO officials declared such statements to be a lie: "There were no such promises, and no evidence to support Russian claims was made."

“10 February 1990 of the year, between 4 and 6: 30 evenings, [German Foreign Minister Hans-Dietrich] Genscher spoke with [USSR Foreign Minister Eduard] Shevardnadze. According to the German conversation recording, which was only recently declassified, Genscher said: “We realize that for a united Germany, membership in NATO raises difficult questions. For us, however, one thing is clear: NATO will not expand eastwards. ” Since the conversation was conducted mainly around East Germany, Genscher added: "As for the non-expansion of NATO (non-expansion of NATO), this is true in general."

Genscher, of course, was not the first to say this. Earlier, US Secretary of State James Baker gave similar assurances to M. S. Gorbachev. In addition to Gorbachev himself, the former US ambassador to the Soviet Union, Jack Matlock, is also aware of this.

Thus, the American analyst concludes, in the NATO bulletin we deal with either blatant lies or with the incompetence of researchers. A deliberate lie seems to be more likely, the author believes, especially when you consider what the NATO bulletin says below.

And then the "researchers" argue that if such a promise had been made by the alliance, then the "official written decision of all NATO allies" would have to remain.

Aler then recalls that Stephen Cohen, one of the most respected American scientists specializing in Russia, insists that Barack Obama deceived Vladimir Putin about the planned operation in Libya, and that is why Putin refuses to believe him today (Putin himself said this 17 April 2014 year).

Obviously, Obama knows very little about Russia, the author notes. But, regardless of who deceived Putin, one should understand one thing: Russia, which was not misled about the Libyan operation, would, of course, veto the UN Security Council resolution 1973.

Unfulfilled promises made to Russia by the West and NATO have been repeatedly accompanied by insincerity, duplicity and dishonesty, Aler said. And, nevertheless, the ignorant people who are turning American politics into filth, and the media, as well as the “think tanks,” poured contempt upon Russia — as if nothing of the kind had happened.

However, it’s not just NATO expansion. The analyst calls the “most dishonest” section of the NATO bulletin where the so-called legitimacy of the provisional government in Kiev is defended. The compilers of the bulletin "unforgivably silent" about the events that led to the change of government.

For example, the newsletter does not even mention that the President of Ukraine, Viktor Yanukovych, was legally elected by the people in 2010 for five years.

It is not reported in the document that on the very day when Yanukovych decided to abandon plans to sign the Association Agreement with the European Union, the Gromadske TV channel began to broadcast programs in which a pro-American reporter called on students and young people to gather in Independence Square and protest against the decision of Yanukovych.

The newsletter also does not mention that “Gromadske TV” is the brainchild of US Ambassador to Ukraine Jeffrey Payette.

And does the NATO bulletin mention Victoria Nuland's behavior? Russian expert John Quigley notes that she “stepped across the line usually followed by foreign powers when she came out onto the streets of Kiev in December. Thus, Nuland pointedly equated herself with the protesters and expressed support for Ukraine’s accession to the European Union. According to a recent audio recording of a conversation she had with the American ambassador in Kiev, Jeffrey Payette, Nuland also apparently took part in developing a strategy to change the composition of the government of Ukraine. Usually diplomats and foreign officials avoid participation in domestic politics. For this kind of activity, an employee of a diplomatic or consular mission risks becoming a persona non grata. ”

Stephen Cohen believes that neoconservative Nuland and Ambassador Payette were preparing to overthrow the government of Yanukovych. Professor Cohen made another important observation. According to him, “no one in this country wants to talk” about the fact that the West is responsible for what happened - and, therefore, also has blood on its hands. According to Cohen, Western states "make completely banal statements that, by virtue of their emptiness, encourage and justify actions in Ukraine for those who threw petrol bombs and who now have weaponwho shot the police. We would not allow this to happen in any western capital, no matter how fair the reason may seem to us, but at the same time, the European Union and Washington connive at it. ”

The NATO newsletter does not say a word about violence by members of the Freedom Party and the Right Sector.

Finally, there is nothing in this newsletter about the 20 sniper fire of February, which began during Yanukovych’s meeting with the opposition and EU mediators from France, Germany and Poland. Although many observers initially assumed that snipers were Yanukovych’s people, during the testimony it became clear that most of the shooters fired from the Kiev Philharmonic and the well-guarded hotel Ukraine (both objects were under the control of the protesters that day). In addition, it is known that the night before, the protesters seized the arsenal of the Ministry of Internal Affairs in Lviv and transported weapons to Kiev.

Summing up the material of Comrade Alera, we note that the White House and the top NATO can not fool the enlightened sensible people. However, alas, the Washington propaganda, promoted by the forces of the State Department bought the media, drowns out a few voices of reason in the USA. Please note: the resource where the Alera article is published is called “Dissident Voice”.

Observed and translated by Oleg Chuvakin
- especially for topwar.ru
Ctrl Enter
Noticed oshЫbku Highlight text and press. Ctrl + Enter
We are
Situational analysis of the death of the MH17 flight (Malaysian Boeing 777), made on the basis of engineering analysis from 15.08.2014Results of the week. “Now Humpback! I said: Hunchback! ”
Military Reviewin Yandex News
Military Reviewin Google News
99 comments
Information
Dear reader, to leave comments on the publication, you must sign in.