Day of the special units of the Russian Interior Ministry

April 27 2014
46
27 April is a holiday in Russia - the Day of Special Units of the Internal Troops (VV) of the Ministry of Internal Affairs of Russia. This date was not chosen by chance. It was 27 on April 1946 of the year in our country by order of the USSR Ministry of Internal Affairs within the Directorate of the Ministry of Internal Affairs for the Protection of Important Industrial Enterprises a special department for the protection of scientific research institutes and laboratories of the USSR Academy of Sciences was established, which were engaged in research in the field of atomic energy. At present, this particular day in Russia is celebrated as the professional holiday of military units of the Russian Interior Troops for the protection of special work sites, important state facilities and escort of special and military cargo (MSSR, VGO and SG).


At the same time in this kind of troops there is an unofficial, but fairly well-established name - special units. Therefore, military personnel are accustomed to call their professional holiday as the Day of Special Parts. The full official name of this holiday is as follows: the Day of the formation of military units for the protection of special work sites, important state facilities and special cargo escorts.

Given the specifics of these parts and the tasks they solve, for many years their activity was hidden for the general public. Yes, and in today's press it is not very often that you find information that would inform the public about their service and combat activities. In our country, the system of protection of the most important state facilities was formed after the Great Patriotic War, when the nuclear industry began to emerge in the Soviet Union, many research institutes were created, strategic weapons models were developed, and the military-industrial complex increased its volumes. It was important for such facilities to ensure safety and reliable security, to take all necessary measures to preserve state secrets and secrets that our scientists gave rise to. These duties were assigned to military units and formations specially created in the country that were part of the MVD troops. The activity of these parts was invisible to the general Soviet public. 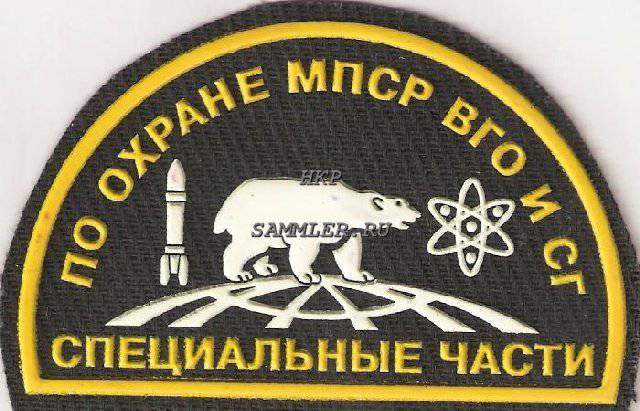 By June 1946, the formation of the 5 commandant's offices was completed in the USSR, the first of which was the special commandant's office for the protection of the laboratory of measuring instruments No.2 of the USSR Academy of Sciences. Currently it is the Russian Research Center "Kurchatov Institute". Already in August of the same year, military units began to carry out tasks for the protection of special operations sites. It should be noted that military personnel of military units for the protection of key state-owned facilities and special cargoes always conscientiously performed service tasks assigned to them, often even at the risk of their own lives. They protected the population from natural and man-made disasters. Internal troops participated in the aftermath of accidents at the Mayak plant, which occurred in the 1957 of the year and at the Chernobyl nuclear power plant, which happened on April 26 and 1986 of the year. 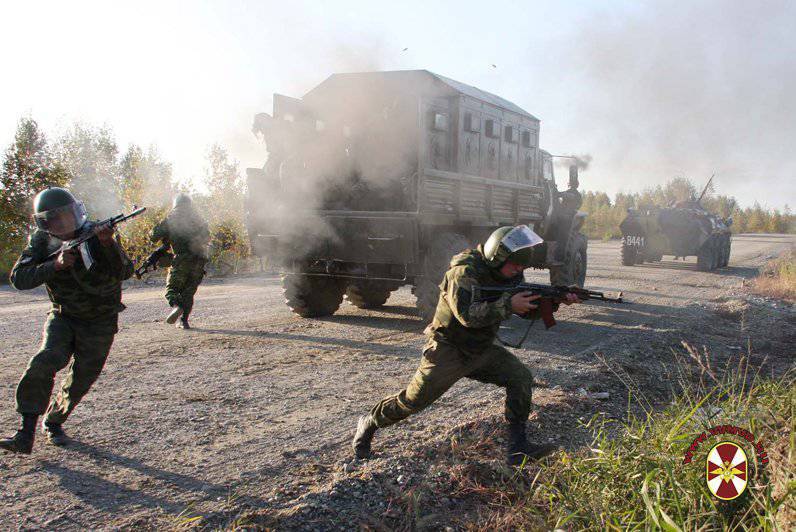 It is necessary to note the fact that over the past decades the technical equipment of military units for the protection of public facilities has increased significantly. In addition, there is a process of continuous improvement of their use, level of preparation, the introduction of new systems - communication tools, engineering and technical means of guarding objects. The military units and formations carrying the protection of important state-owned facilities include units of various purposes, from rifle units to naval and special units, which are equipped with the necessary armament, military equipment, personnel and material resources, which allows you to effectively and successfully solve all tasks.

It is worth noting that the relevance of these units is still high. For example, only for 2010 a year, military outfits and guards of the internal troops prevented more than 290 attempts of illegal entry into objects, as well as to protected vehicles transporting special loads. More than 20 fires and emergency situations were prevented, the economic effect of combat service was more than 370 million rubles. They make their own contribution to the protection of objects from the marine water area by special sea units of the Air Forces of the Ministry of Internal Affairs of Russia, who detain a significant number of violators every year, as well as floating facilities, inspecting technical facilities and underwater parts of the objects.

On their professional holiday 27 April, employees of these units receive congratulations from their management, colleagues, friends and relatives, and especially distinguished servicemen are awarded state awards and mementoes.