April 29 2014
30
Savoyars were designed to be carried by cuirassiers or heavy cavalrymen of the 17th century. Also this type of helmet was especially good for use in escalade - the assault on the well-fortified walls of an enemy fortress. The name "escalade" comes from the French word ladder, since it was then that the troops used to storm the walls.


Savoyards associated with historical an event that occurred on the night of December 11–12, 1602 (according to the Julian calendar, December 21–22 - according to the Gregorian calendar), when the troops of the Catholic Duke Karl Emanuel I of Savoy tried to storm the fortress walls of the free Calvinist city of Geneva. Many of the mercenaries who stormed the walls of the city wore Savoyards - a specific kind of closed cuirassier helmet that was never seen before in Europe. But Genevites were able to repel the night attack of the Catholics. 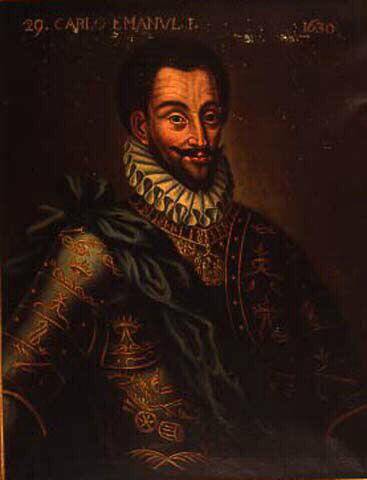 Karl Emmanuel I Herzog of Savoy

Since then, every year, in the beginning of December, the Swiss canton city of Geneva organizes a colorful celebration festival called Escalade, dedicated to the triumph of its citizens over the enemy. The Genevans triumphed with the help of both their skilful artillery and the skillful use of cold weapons. Among the captured loot, Savoyars were taken from the killed and captured condottieri from the army of the Duke of Savoy. 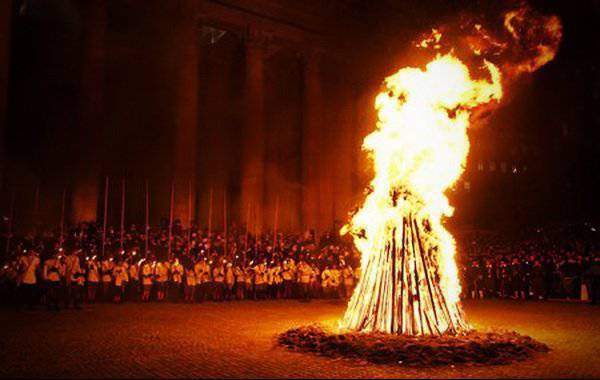 The helmet of Savoyard (from fr. Savoyard - Savoyard) in the shape of a round head, formed together in two parts along a low ribbed central ridge. Place of production Northern Italy. Made at the very end of the XVI or early XVII century. Dimensions: height 32 x width 25 x length 25 cm. 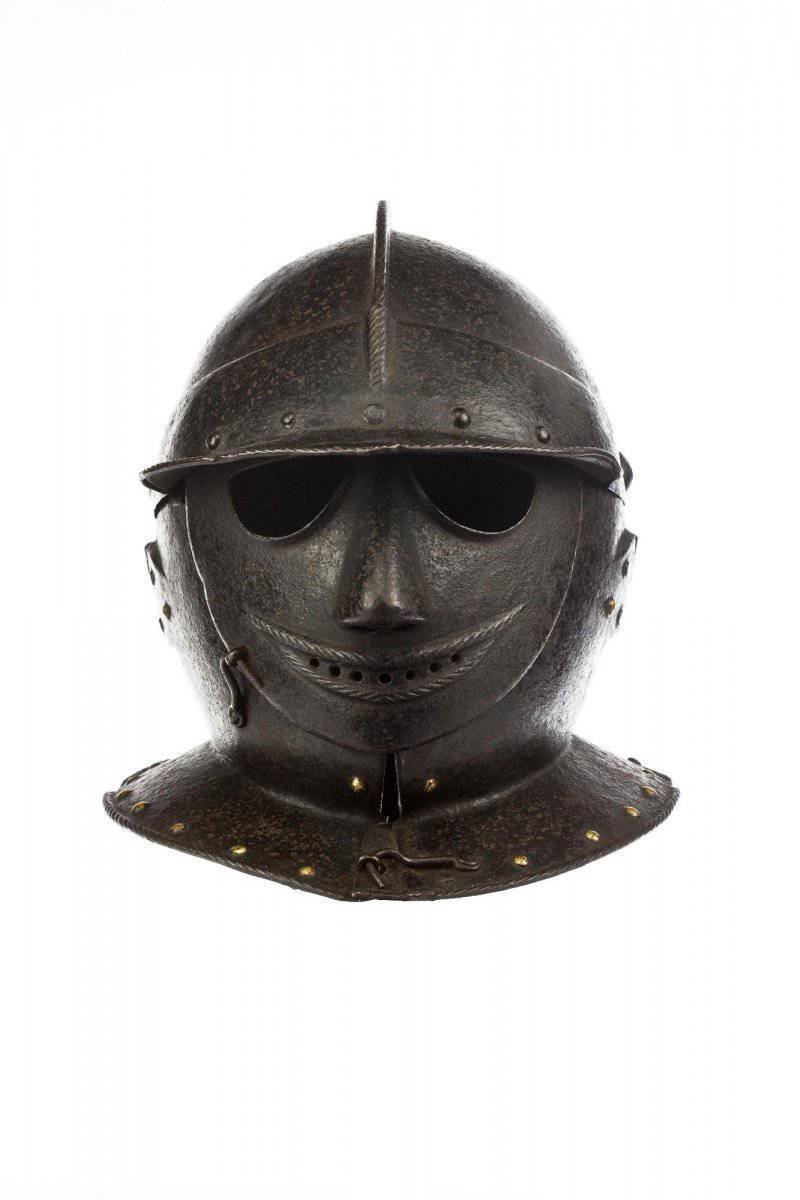 The helmet for improved protection is equipped at the bottom with a nearly flat collar plate (necklace), round in shape, with evenly spaced lining rivets made of brass. In addition to protecting the neck, this design was used to absorb shocks from above, on the head. 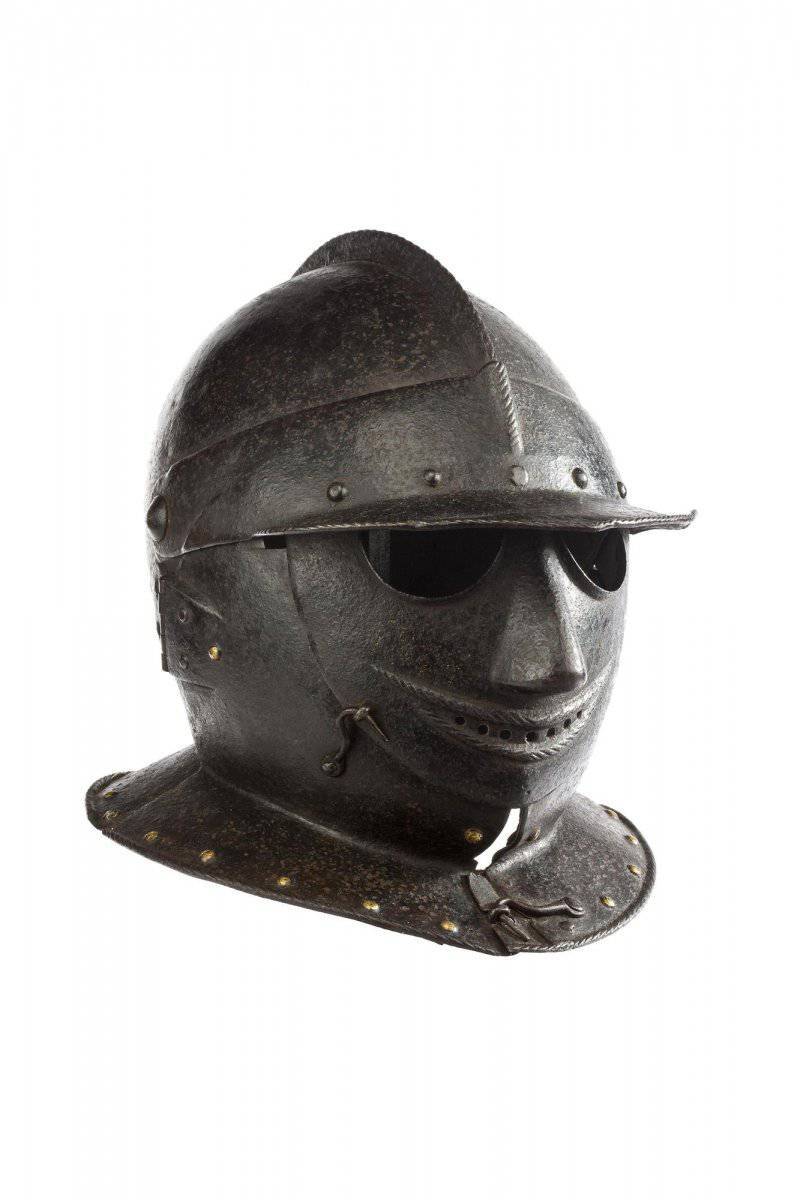 The flat, curved in the form of the head visor of the Savoyard has two viewing slits in the shape of the almond-shaped eyes and a prominent nose with two holes for breathing. At the bottom of the visor is a grinning mouth with seven round holes to improve ventilation. 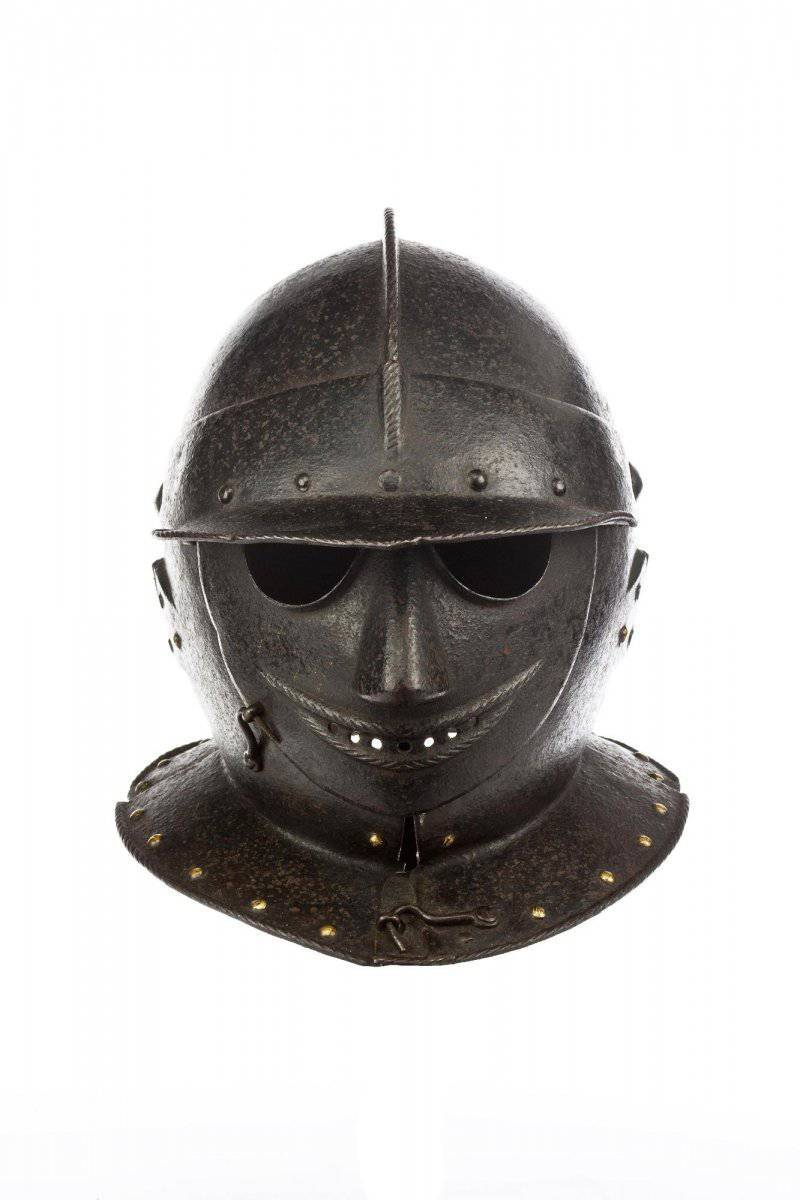 There are also four holes in the ear, perhaps not only for ventilation, but also to hear better. Above the viewing slots there is a protective visor. 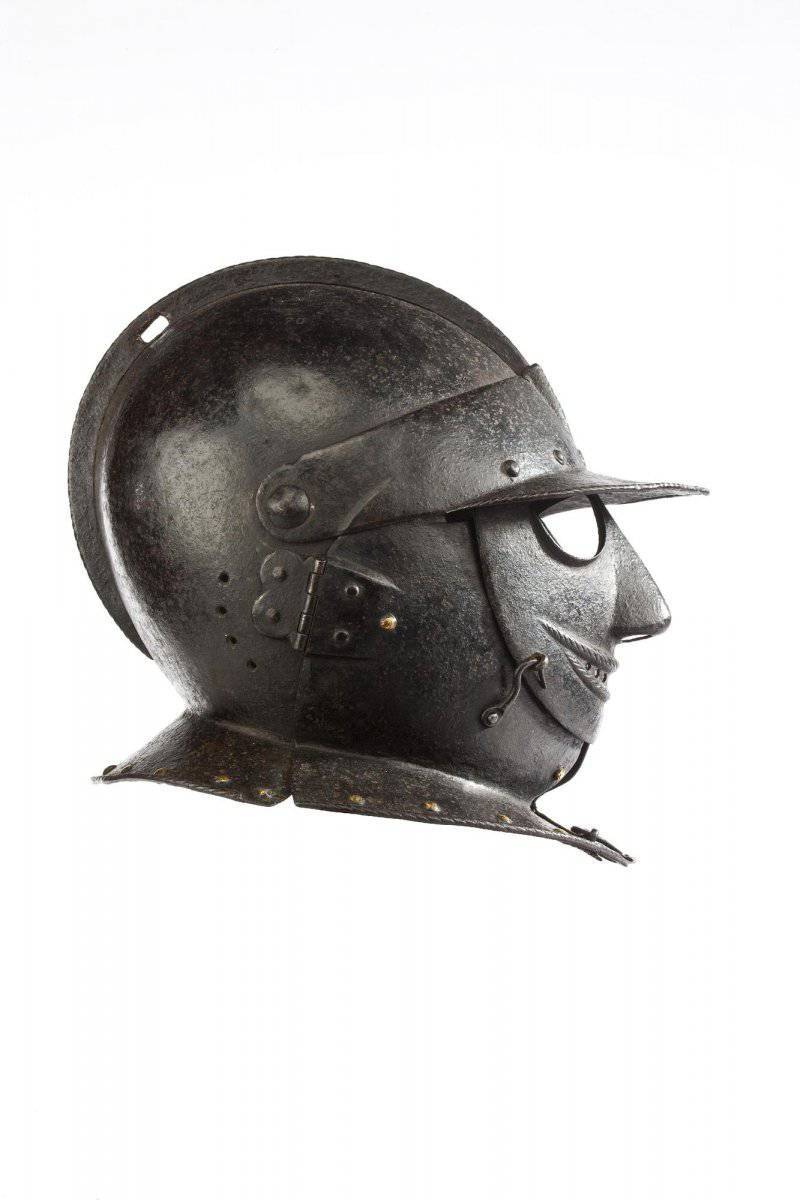 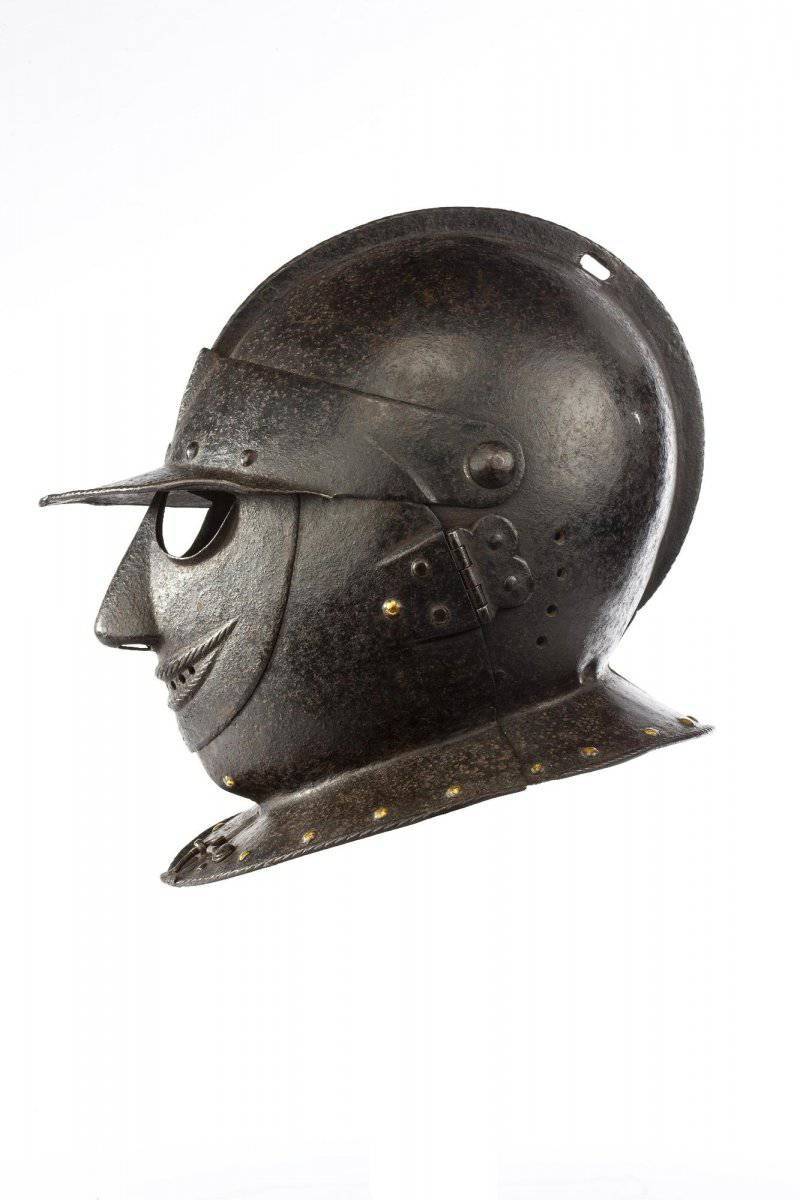 In general, a grotesque-simplified semblance of a cheerful face is obtained. 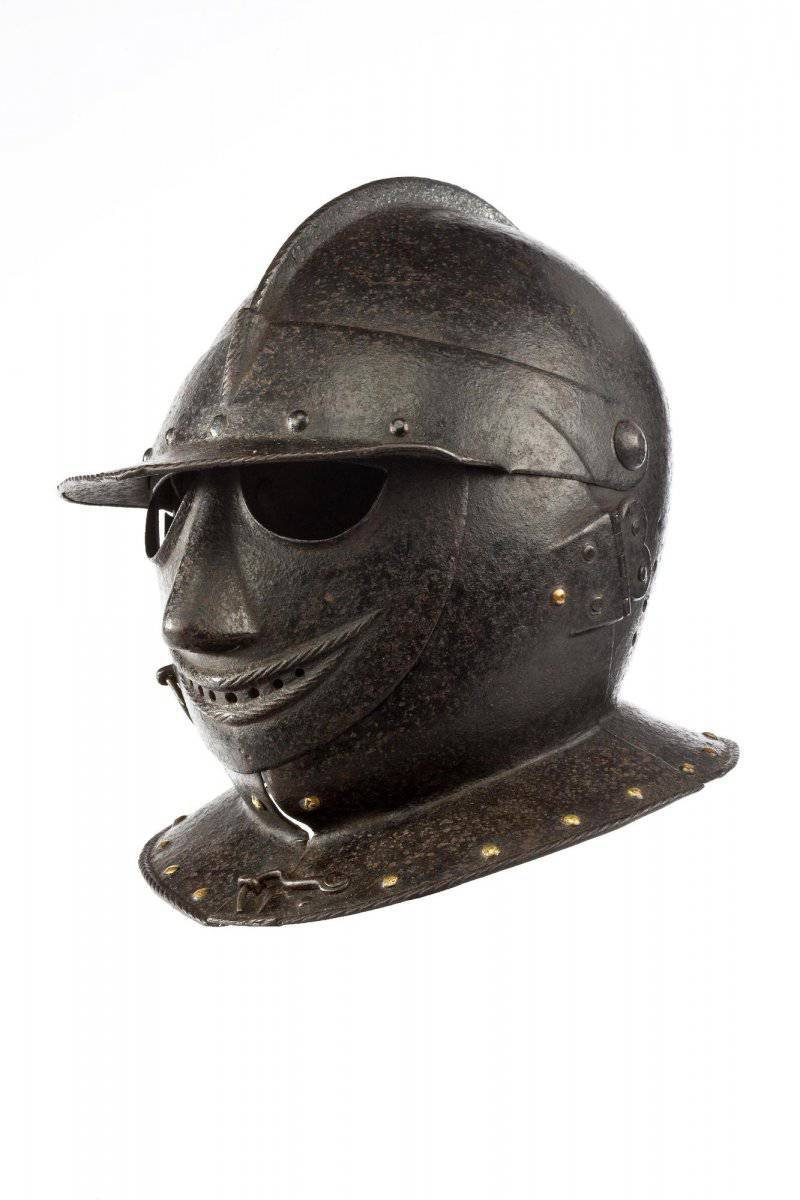 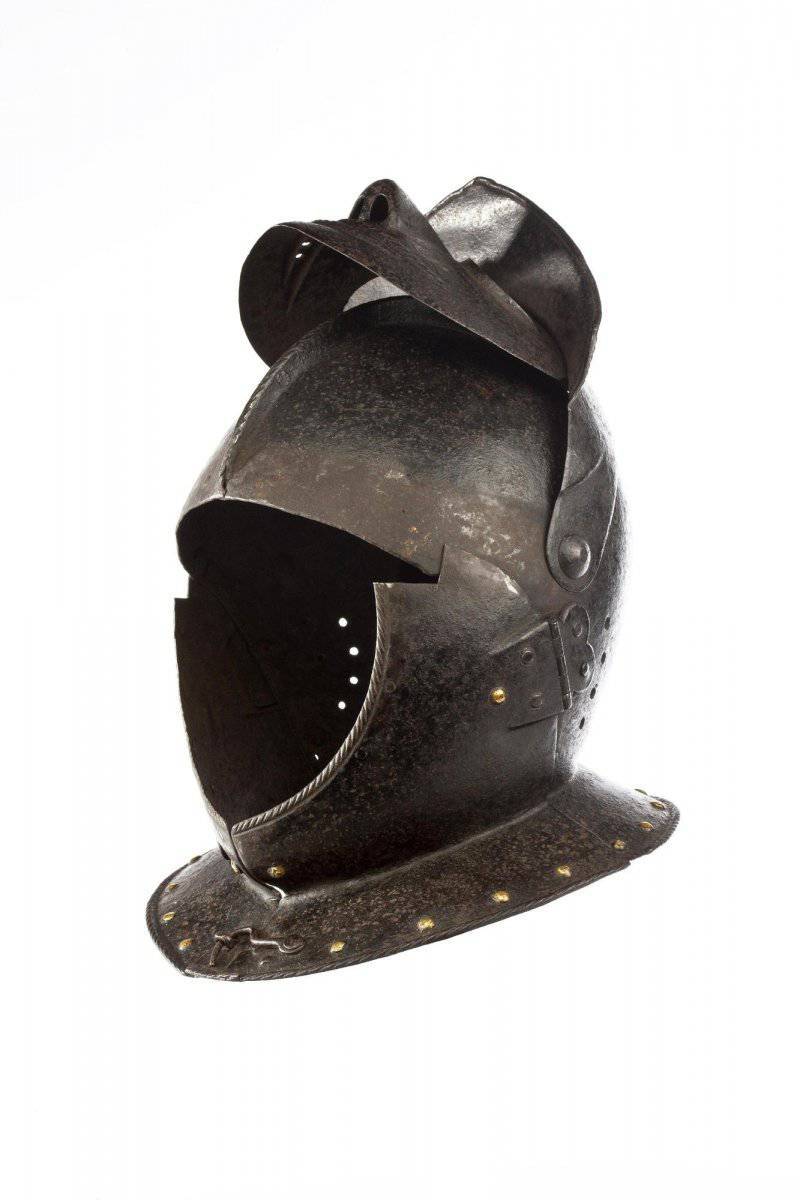 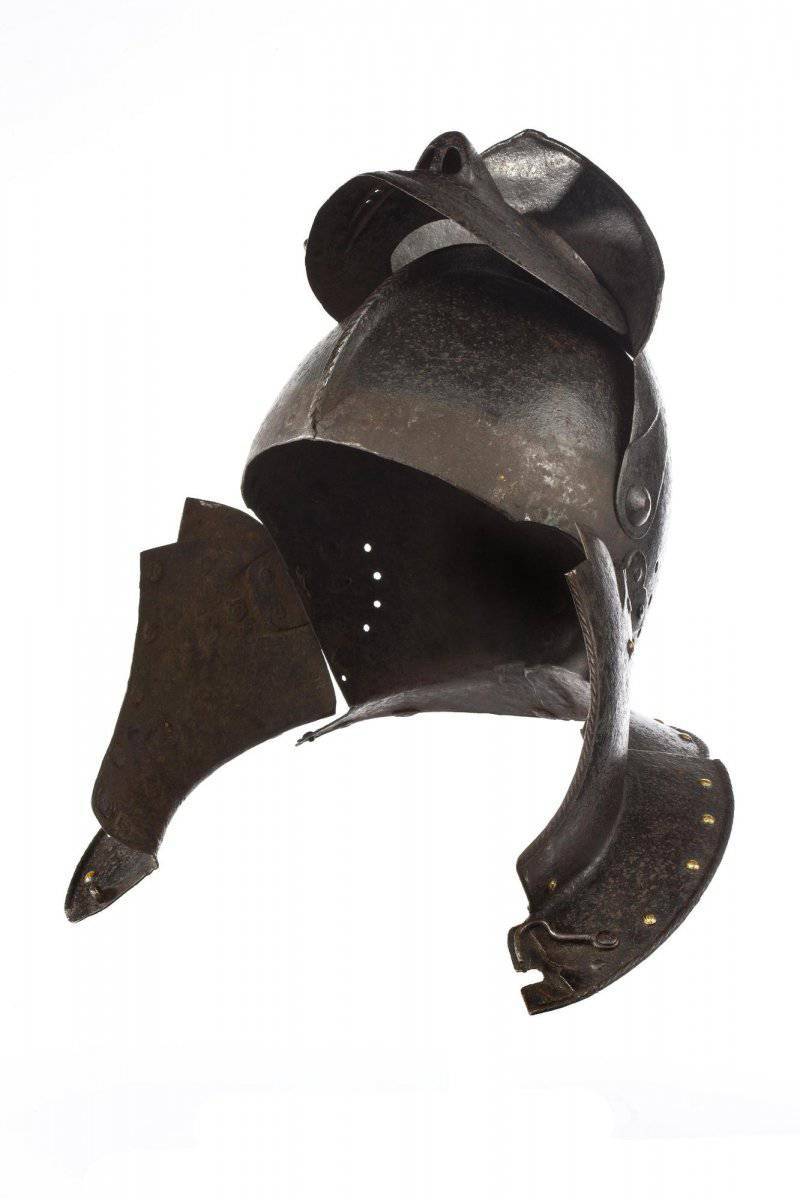 It should be noted that, despite the past centuries, the Savoyard mechanism functions perfectly, all the parts fit snugly together, nothing is loose. 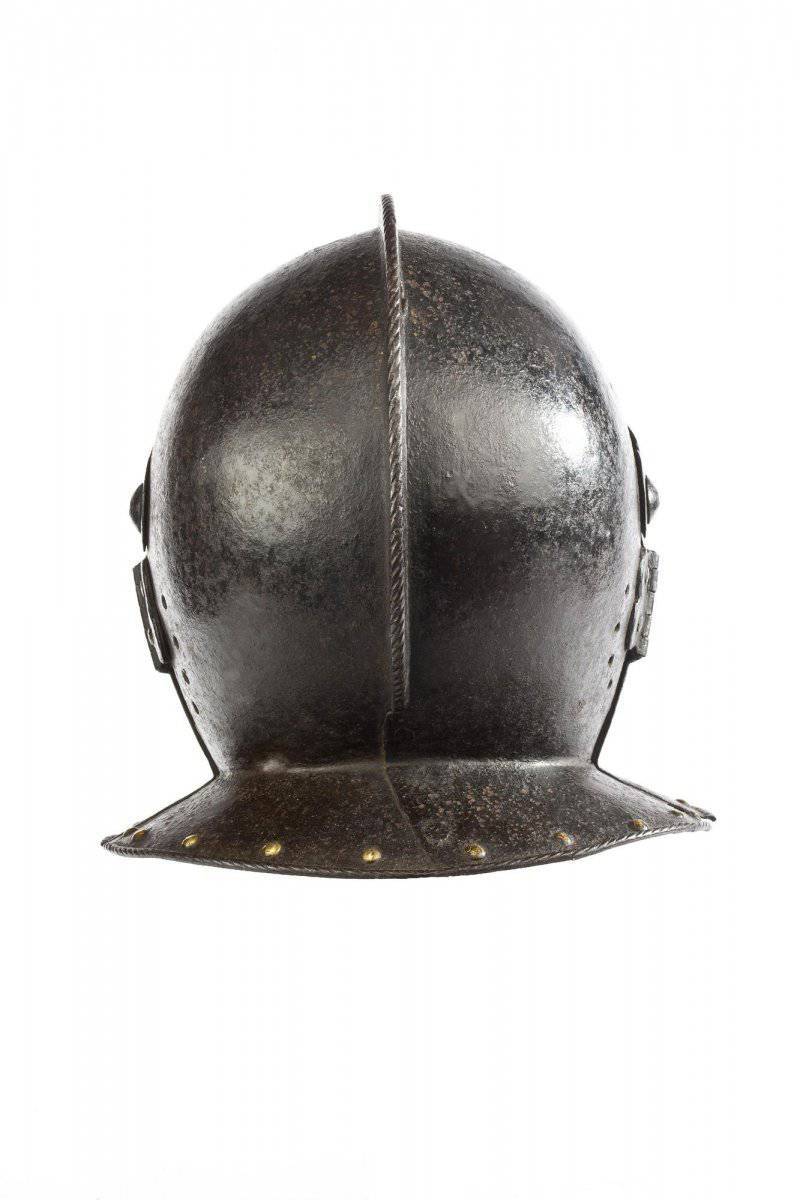 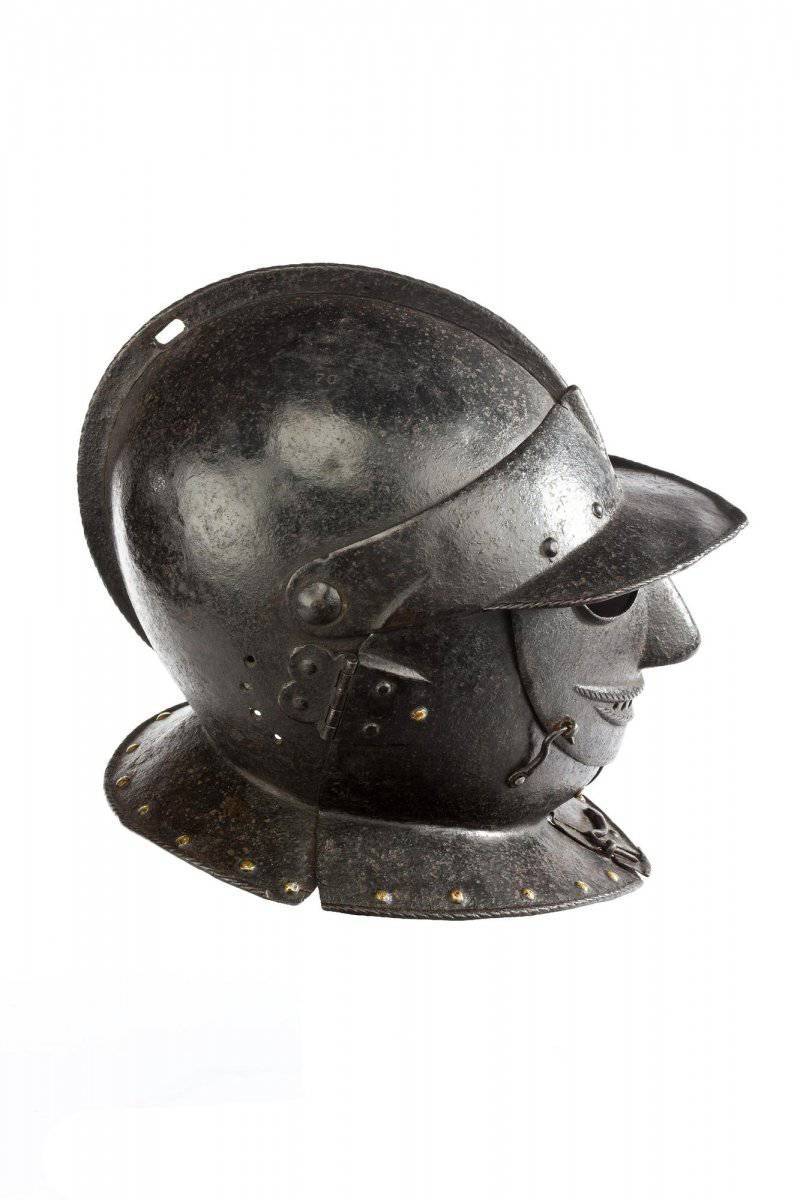 It is not precisely known whether this Savoyard was captured as a trophy during the unsuccessful assault of Geneva. But since from the very beginning of the XVII century. he is in Geneva, you can make a cautious assumption that he was captured. In this case, without having the slightest idea of ​​the previous owner of this Savoyard, one can only answer with certainty one question, where he was in the night from 11 to 12 in December of 1602.