9 May 2011
0
Hero of the Great Patriotic War ... Who is he? A talented commander or a courageous squad leader?

Fearless soldier with a grenade in his hand or a pilot going to the ram? Eternal memory of the courage, courage and courage of Russian soldiers, marked by the high state award "Hero of the Soviet Union"!

The war, terrible, cruel, heavy, did not leave aside a single family. But not everyone received medals and orders. How many ordinary people carried on their shoulders wartime, remaining unnoticed ... Why? They just lived in this difficult time for the whole country.

Russia is a multinational country. In one family, sometimes, the destinies of several nations are intertwined. 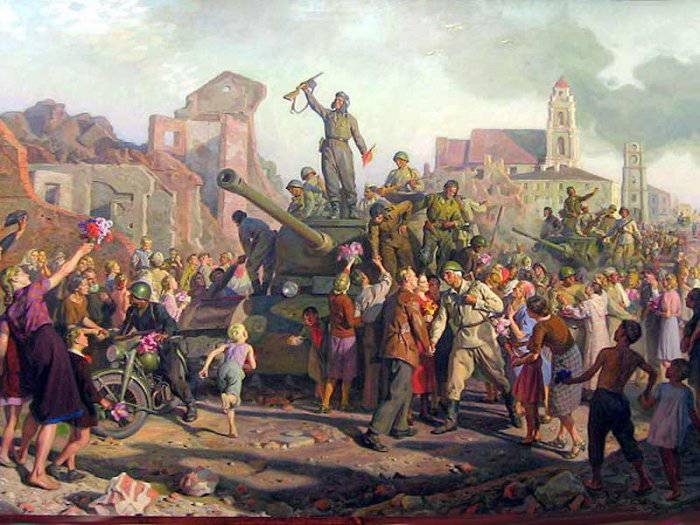 Hans Johanovich Peder was born in 1880 year in Tallinn. From the age of sixteen he worked as a tailor, and in 1914 he received a royal loan to develop Siberian lands. So he ended up at Red Yar. He ruined a strong economy, miraculously escaped dispossession, raised three sons.

But it struck a terrible hour. And Hans Yoganovich sent his two sons to the war - to defend the country. They did not return home. The eldest, Leonid, died during the Baltic operation in 1944 during the liberation of Estonia.
The middle son, Anton, served as a tanker. He participated in a tank battle on the Kursk. A funeral came to her father - the son burned down in tank.

Father had three sons, left alone. As a teenager, Alex went to a drilling rig in difficult times of war. Production did not stop for an hour. All that my grandfather later recalled was hunger, Siberian cold, and hard work unbearable for a boy.

Fedor Kirillovich Mantai may have been Friedrich Karlovich. About this, his children were able to talk only after many years. Fedor Kirillovich came from the Volga Germans. By the beginning of World War II, the twenty-three-year-old guy already had a close-knit family: a wife and children.

I did not want to leave, but the war made. And then Fyodor did not know that he would not see his wife anymore, would not embrace young children. A young soldier rushed from the Volga region to the front line - to beat the enemy, to defend his family, his homeland.

But it was not possible to get to the front line. The train with the soldier's teaselids bombed the Nazi planes. All survivors were captured. Then Fedor did not tell anyone about what he had to endure in the camp. Why? He was a German ...

After his release from fascist captivity, Fedor was glad to return to his homeland. However, he was exiled to Siberia without the right of correspondence. Because I was a German. Began hard work on the construction of a chemical plant in the city of Kemerovo. Communication with the family was cut off. After the war, in the late forties, they were allowed to write. But letters from the family did not come.

In the Kemerovo region, he met my grandmother. Maria Illarionovna, having lost her beloved husband in 1941, worked throughout the war on the railway. In the workbook there was only a record about awarding a medal for valiant work. One brought up the son of Anatoly.

Having united their fate, Fedor and Maria lived together for many years. Five children pleased their parents, helped in the household. The spouses tried to find the first family of the husband more than once. But all in vain. And only thirty years later came a letter from the motherland. Mother and sister came to visit.

The life of another branch of our family was no less difficult. In Russia, near Novgorod, the Germans lived in the village of Nizhnyaya Polovina. At the beginning of 1941, Ivan Andreevich Steimiller went to the front. Later came the news that he was missing. After many years, in the early nineties, his great-granddaughter decided to find some information about him. It turned out that Ivan Andreevich and other German fellow villagers shot their own at Leningrad, even without letting him go to the front.

In the summer of forty-one, the nazi army approached Novgorod. The family of Ivan Andreevich had to flee into the forest. Until very cold, his wife with three young children lived in dugouts. Winter had already arrived, when they were in summer clothes, hungry, traveling for a whole month in a freight train to Kirov. Having settled in the forest village, Sofia Yakovlevna had to work a lot to feed the children. During the war, the youngest daughter, three-year-old Sonia, died of starvation.

Having lived in the forest for the winter, several people from the evacuated Germans went to the village council and asked to be sent to some village. In the village, 800 was given grams of bread to an adult and 400 to a child, and even a small amount of money, since the breadwinner was at the front. Only because the settlers were allowed to live in the village, they survived.

And Sofya Yakovlevna became an advanced milkmaid. After the war, she was awarded a ticket to Moscow for the Exhibition of Achievements of the National Economy.

Hundreds of thousands of ordinary families experienced the burden of wartime. But, in spite of everything, they continued to love Russia, to work for victory.

Who is he, a war hero? Patient working people, who survived in the forties and thunderstorms at the front and in the rear, in battle and in the field, in mortal combat and at the machine.