Double standards through the prism of the war in Kosovo 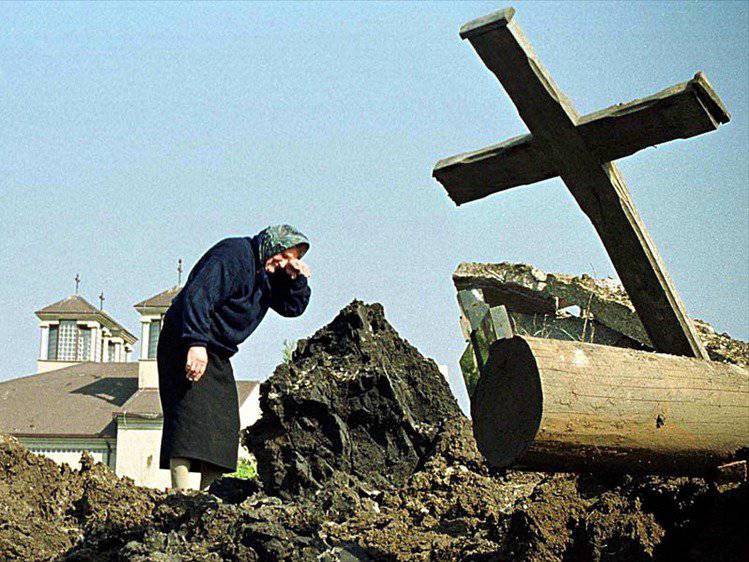 The current military-political situation in Ukraine, and specifically on the territory of the Southeast regions, has a number of analogues in modern stories Of Europe. The leadership of Russia and representatives of the Foreign Ministry have repeatedly called on our European and overseas partners to take a close look at the development of the situation in Ukraine and compare it with the events in the former Yugoslavia. Is it really so short the memory of those who in the 90-ies of the last century loudly rattled weapons? I will try to remind. The picture will appear very entertaining. And everyone will draw conclusions himself.

There were many reasons for the collapse of Yugoslavia, here are the main ones: erroneous, inefficient economic and national policies, the collapse of the world socialist system, the widespread surge of nationalism in Europe, the endless leapfrog of the country's leaders (the so-called Presidium of members of the union republics and regions was created). Hurriedly in 1990, local elections in all six SFRY republics had a terrifying effect — nationalist forces won. Hyperinflation and the utter collapse of the economy have led to an aggravation, and in some cases, a complete rupture of relations between the economically more developed Serbia, Croatia, Slovenia and the rest of the republics.

Automatic - the argument of the separatist

The fact that it was impossible to solve peacefully, began to be solved with the help of weapons. Began a series of endless military conflicts. More clearly, these contradictions were manifested in the Autonomous Province of Kosovo and Metohija, which was then part of the Republic of Serbia. At that time, the Kosovo Albanians mostly inhabited the region, there were places of compact residence of the Serbs. Kosovo Albanians organized armed groups, carried out acts of violence against the police and the Serbian civilian population. In February 1998, the Kosovo Liberation Army (KLA) was created. Albanian separatists announced the beginning of an armed struggle for the independence of Kosovo. A brutal partisan-terrorist war unfolded in the province, the victims of which were hundreds of civilians, officials and military of Yugoslavia. Initially, only militia units fought against the separatists, but in 1998, the Yugoslav army entered the war. The war was accompanied by mass repressions, killings of civilians and ethnic cleansing on both sides of the conflict. Albanian militants destroyed many monuments of Orthodox culture. In late February - early March 1998, in response to a series of violent attacks by KLA militants on police in Kosovo, Yugoslav government security forces attacked a number of separatist villages in the area of ​​the village of Drenica in central Kosovo. During the operation, 83 local residents were killed, including one of the leaders of the AOK, one Yashari. This incident attracted international attention to the conflict.

The conflict in Kosovo was accompanied by a systematic violation of human rights and by the autumn of 1998, caused 1000 victims and more than 230 000 refugees among the region’s civilians.

Strong is not always right

Throughout 1998, the NATO countries stepped up pressure on Belgrade to force it to cease hostilities in Kosovo and Metohija. All sorts of political figures, public organizations called on the Yugoslav leadership not to use armed force, and this is the army, the police and volunteer groups against the Albanian separatists. But Belgrade stood its ground, the stripping and suppression of Kosovo separatist speeches continued. 23 September 1998 The UN Security Council adopted a resolution number 1199, calling on the parties to a cease-fire. On September 24, NATO began planning an air campaign against Yugoslavia to force Belgrade to peace. The security forces subordinated to Belgrade sought to solve the problem of separatism in Kosovo in the shortest possible time, by any means. In 1999, NATO intervened in hostilities: Yugoslav cities and military installations were subjected to massive bombardments. About half a million people, mostly Albanians, were left homeless. As a result, the Serbian government was forced to agree to the entry of a NATO military contingent KFOR into Kosovo and the transfer of the region under UN control, which was carried out on the basis of UN Security Council Resolution No. 1244 of June 10 of 1999. After the establishment of a temporary UN mission in Kosovo, a significant number of refugees remained in Serbia, mainly from Serbs and Gypsies. According to Serbian data, their number in 2002 was 277 thousand people.

The prism has three faces

The death of one person is grief, the death of thousands of people is immeasurable grief and tragedy! Belgrade probably, in its time, as we say, “went too far”. Whether it was possible to do without such victims or not, I do not know. Was it possible to agree and solve everything peacefully? We are unlikely to get the answer. But one thing is clear to me: what the Kiev leadership is doing in relation to (if you like) Russian separatists in the south-east of Ukraine, in the self-proclaimed unrecognized republics, requires the immediate intervention of the world community, a UN resolution and at least putting in peacekeeping forces, and as much as possible bombing Of Kiev. Sorry, but I gave you an analogue above, nothing personal.

PS And further. 1 December 2009, the International Court of Justice at The Hague began hearings on the legality of the unilateral declaration of independence of Kosovo. 22 July 2010 The United Nations International Court of Justice recognized the legitimacy of the decision of the Kosovo authorities to declare independence from Serbia. The separatists won.