Oranges from the people of Syria 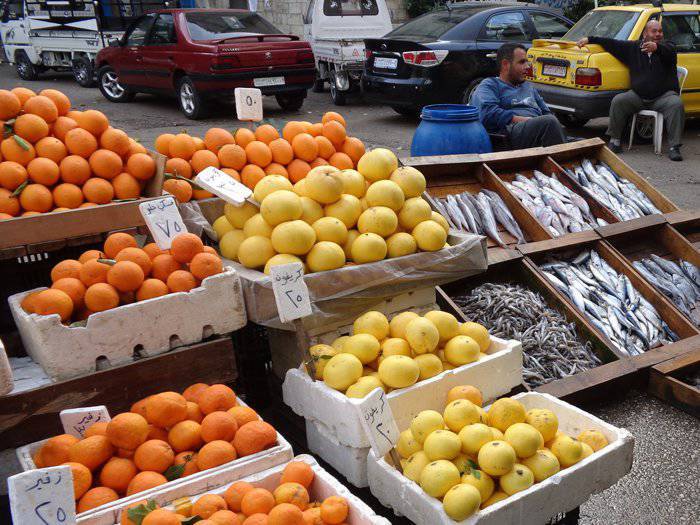 Over the past 3 of the year in Syria, very often you can hear the words of gratitude to Russia. 2012 video footage of the year is typical, when a huge, countless crowd of Syrians greets Sergey Lavrov, who arrived on a visit to Damascus. On the walls of houses and other buildings is written in Russian "Thank you, Russia." The Syrians are grateful for several vetoes imposed by the Russian Federation in the UN Security Council on brazen Western resolutions, for humanitarian aid, for any support at the diplomatic level.

But gratitude is not limited to words. Tortured by sanctions and the terrorist war, Syria has managed to find the strength and resources to give 20 tons of oranges to Russia. Aircraft EMERCOM with fruit cargo on board went to Moscow from Latakia airport. The fragrant gifts of the fertile, warm, sun-warmed land will be sent to children living in orphanages of the Russian Federation. 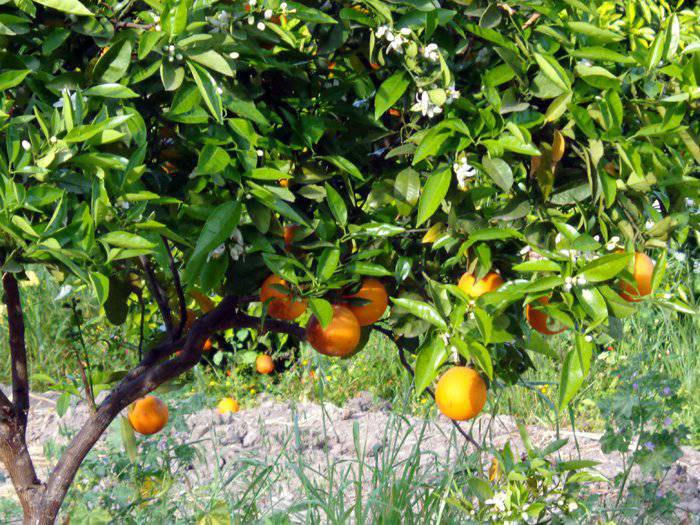 Let this be a modest gratitude, but it is especially valuable at a time when the richest countries of the world impose sanctions against Russia and threaten with new punitive methods.

Throughout all the 90s, when Moscow’s foreign policy was actually made in Washington, these countries spoke beautiful words about “partnership”, “mutually beneficial cooperation”, and “friendship”. The Yeltsin leadership then vomited long-term relations with many partners in the East and in other regions of the planet, focusing only on serving before the West. But, as soon as Russia began to take at least some independent steps, all the verbal tinsel about “friendship and partnership” flew off in an instant. The West and the United States showed their true face. But those countries with which we so rashly broke up relations at that time — repeatedly, within our capabilities, Russia came to the rescue ... How could.
For example, Syria was one of the few countries that did not condemn Russia for the Chechen anti-terrorist operation, but called terrorists in the Caucasus terrorists, not “fighters for the freedom of Ichkeria”. Syria is one of the few countries that voted against the recent anti-Russian resolution at a meeting of the UN General Assembly. But after all, unprecedented pressure was exerted on states, as a result of which 58 countries that did not agree with the resolution were limited to abstaining. Under these conditions, voting against a document pushed by the West behind the ears is worth a lot. And now - Russia has received this touching solar gift from Syria ...

But at a time when Syria is sharing the fruits of its land with other nations, crocodile tears continue in the West about the disasters of the citizens of this country. UN Secretary-General Ban Ki-moon called on the UN Security Council to "take urgent measures" against the SAR. He stressed that many of the Syrians do not have access to basic goods and services and do not receive adequate medical care.

According to Ban Ki-moon, what measures should be taken in relation to Syria, the official did not specify. His Western masters apparently deliberately put into his mouth such words that can be manipulated as they please.

In his report, the Secretary General noted that thousands of Syrians do not receive life-saving drugs, and this is a clear violation of international humanitarian law. But he did not say a word about the need to lift the sanctions imposed on Syria by the United States and the EU unilaterally, without a decision of the UN Security Council.

As a result of these sanctions, and also because of the need to fight terrorists, the standard of living in the SAR has decreased. But the Syrians do not face hunger, while vegetables, fruits, wheat and other crops are growing on their fertile land. As you can see, Syria is even able to generously share fruit.

However, due to Western sanctions, many drugs, including essential ones, were no longer imported into the country. The UN Secretary General, if he touched on this topic, should have declared that measures should be taken not in relation to Syria, but in relation to those countries that imposed these sanctions. They wanted to punish the “regime” and punished the entire Syrian people.

This is the blatant hypocrisy that Western politicians absolutely do not care about people - the sufferings of Syrian citizens are beneficial to them. The whole calculation was reduced to the fact that the people, exhausted by the harsh living conditions, would turn their discontent against the country's leadership, and thus Washington and its allies would manage to turn the coup in their own interests. But more than three years have passed, and the Syrians are holding on. This causes wild bitterness among American and European politicians. They strengthen sanctions against the SAR, while helping the terrorists, who are called "oppositionists" and "revolutionaries." The UN is blocking the condemnation of any, even the most terrible act of terrorism against civilians. But on the other hand, it is so convenient to speculate on the sufferings of these citizens at various meetings and assemblies, as well as in the controlled, obedient press!
An example of cynicism was the column of the former political planning director of the US State Department, Anna Maria Slote, on the Project Syndicate website. Madame called ... in retaliation for Ukraine to strike at Syria. Moreover, Slot stipulates that Bashar al-Assad is "a lesser evil than the grouping associated with al-Qaeda." However, she declares: “The time has come to thwart Putin’s plans, and Syria is the right place for that.” That is, for the American Madame it is normal to kill thousands of innocent people on the other side of the globe, to destroy life in a foreign country just to “punish” Russia! The attitude of the Americans towards the people of Ukraine, who also fell victim to the intrigues of Washington, is no better.

And the Syrians continue to suffer at the hands of bandits supported by the West. 24 April in Damascus was shot from a mortar area of ​​Al-Amara. Five people, including two children, were injured. The areas of Salhia and Kazazin also came under terrorist attack. An act of terrorism was committed against a gas pipeline feeding a large power station, as a result of which the capital and its suburbs spent this day without electricity.
In the province of Damascus, several people were injured in the shelling of the city of Jaraman.

In the east of the country in the province of Hasakah in the city of Ras el-Ain, a car bomb exploded near the school. Two people died, there are also victims. In the city of Hama, criminals detonated a bomb previously laid in a dumpster. The blow fell on cars passing by and their passengers, a woman was seriously injured.

And the West, the United States and their puppets in the Arab world continue to play the old song about “regime” and “human rights” ... They are threatening us with new and new punitive measures. Syria, in spite of all this, not only fights with hired thugs, but also raises oranges, sharing them with the children of Russia.

Ctrl Enter
Noticed oshЫbku Highlight text and press. Ctrl + Enter
We are
Results of the week. “If I am leaning against a warm wall in a quiet place, then I’m still nothing at all!”Syria: Americans scare themselves, and Asma Asad buys chairs
Military Reviewin Yandex News
Military Reviewin Google News
312 comments
Information
Dear reader, to leave comments on the publication, you must sign in.